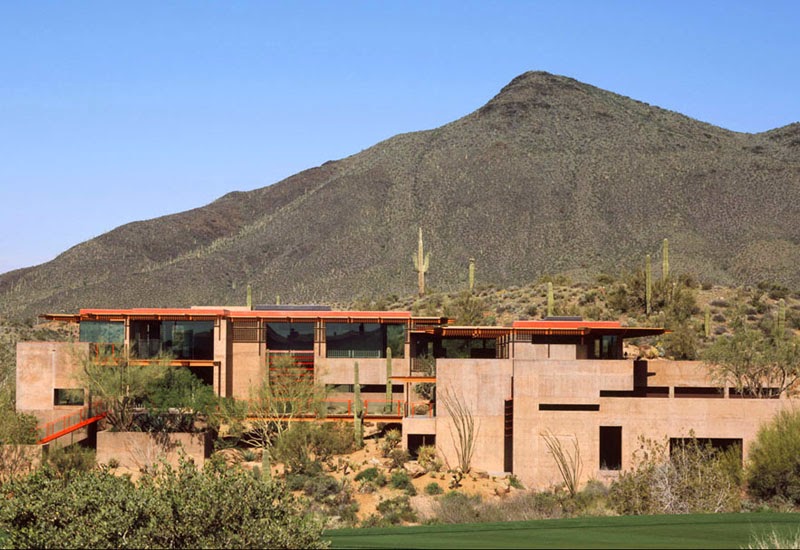 One of the multiple winners in this year's AIA Chicago Design Excellence Awards is David Hovey (of Optima, Inc.) for his Sterling Ridge residence in Scottsdale, Arizona. Winning an Interior Architecture Award and a Divine Detail Award, the jury noted "the interior is being about outside," while appreciating the use of photovaltaic cells to enhance the beauty of the house. 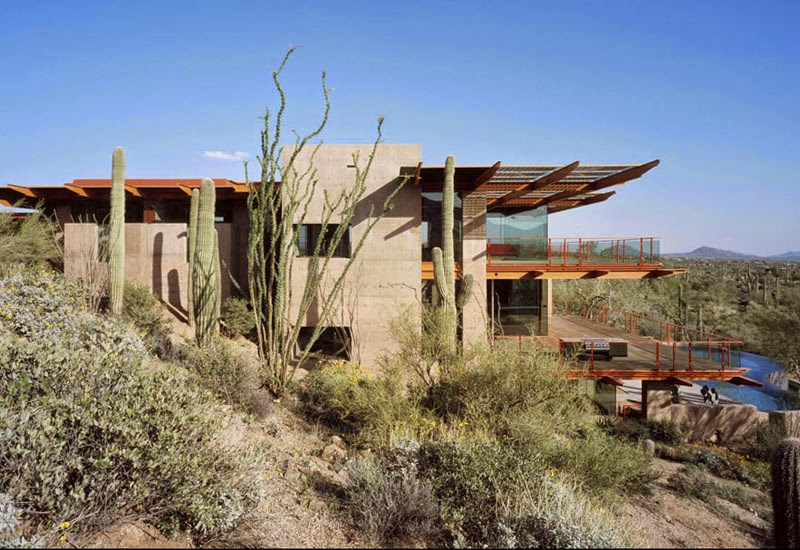 Sterling Ridge is one piece of The Saguro Forest at Desert Mountain, a collection of four houses designed by Hovey and developed by Optima that sit in the high Sonoran desert within the natural scenery of the Desert Mountain Golf Community. While natural scenery and golf community might seem like oxymorons, the landscape uses natural plants and materials, rather than attempting to transplant non-native species or aesthetics into the harsh desert climate. The surrounding cacti, brush and other vegetation become important elements in the overall design, apparent in the way the plan creates outdoor rooms that embrace nature. 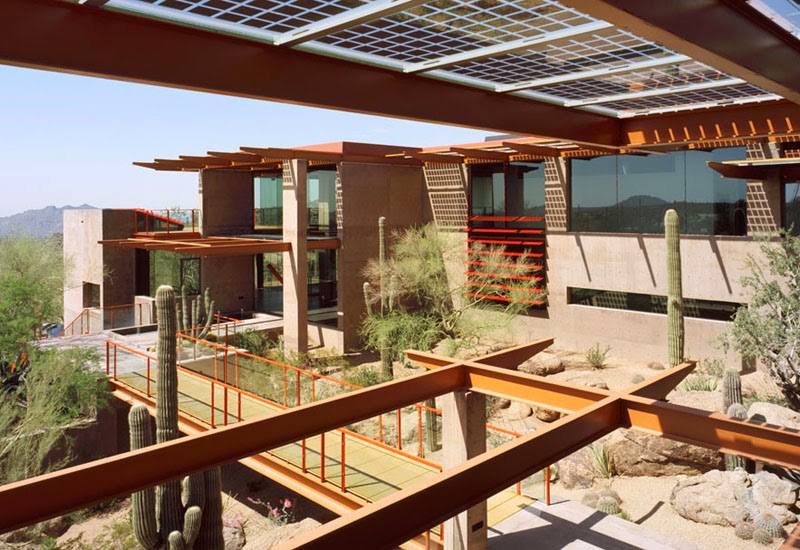 Looking at the floor plans, the house is a complex interaction of indoor and outdoor spaces that are arranged about a large central courtyard. Counter to this is the location of the pool at the house's perimeter, most likely sited for the dramatic views that are also shared by the public areas of the house. Like other desert houses by the likes of Antoine Predock or Will Bruder, the melding of interior and exterior rooms is an important consideration that allows the occupants to be closer to nature. When current statistics indicate that people spend close to 90% of their time indoors, the house at Sterling Ridge is a good example of trying to achieve a balance. 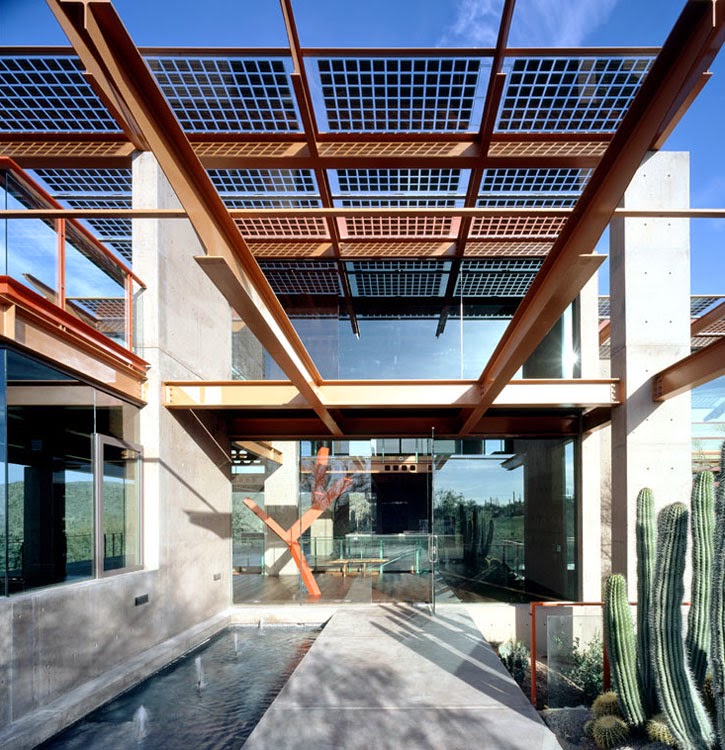 Certain views of the house reiterate the jury's notion that the photovoltaics enhance the beauty of the house, though in some ways they create the house's beauty. The tapered steel sections and horizontal cells that cantilever from the concrete walls of the house are clearly the design's most striking feature. While the solid walls root the house in its site, these lighter elements give it its character. There's something to be said for using sustainable features for a building's expression, something that's been done to great effect by other architects but should be done more often. 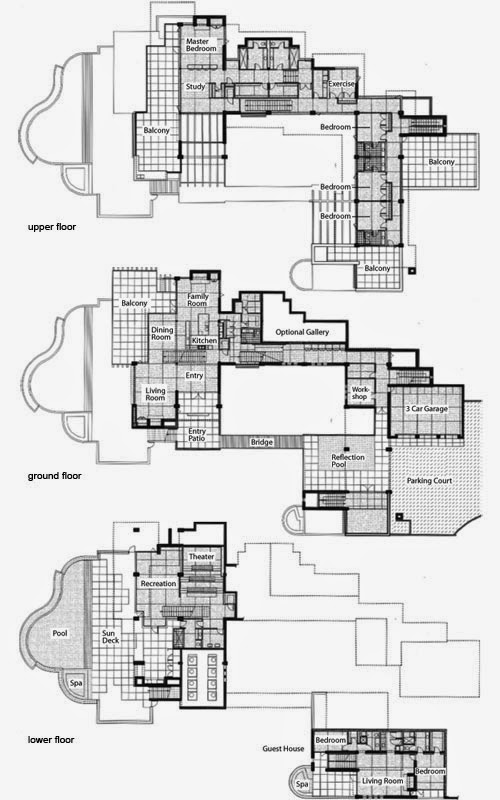 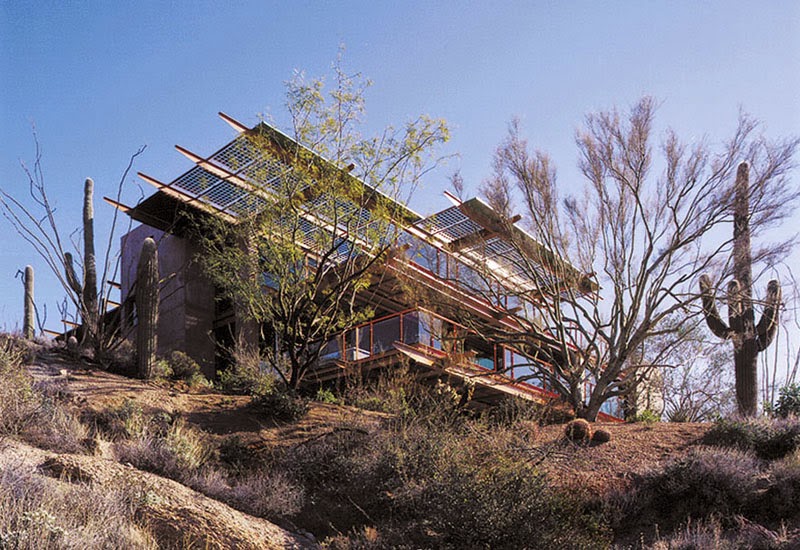 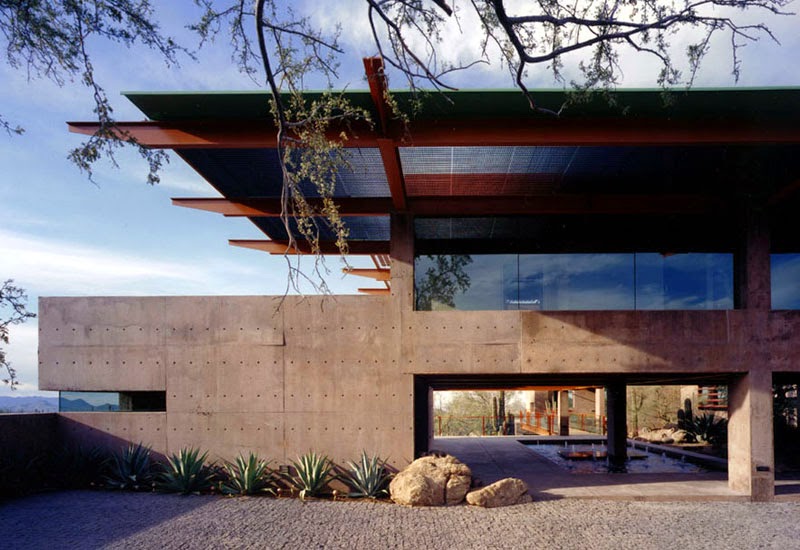 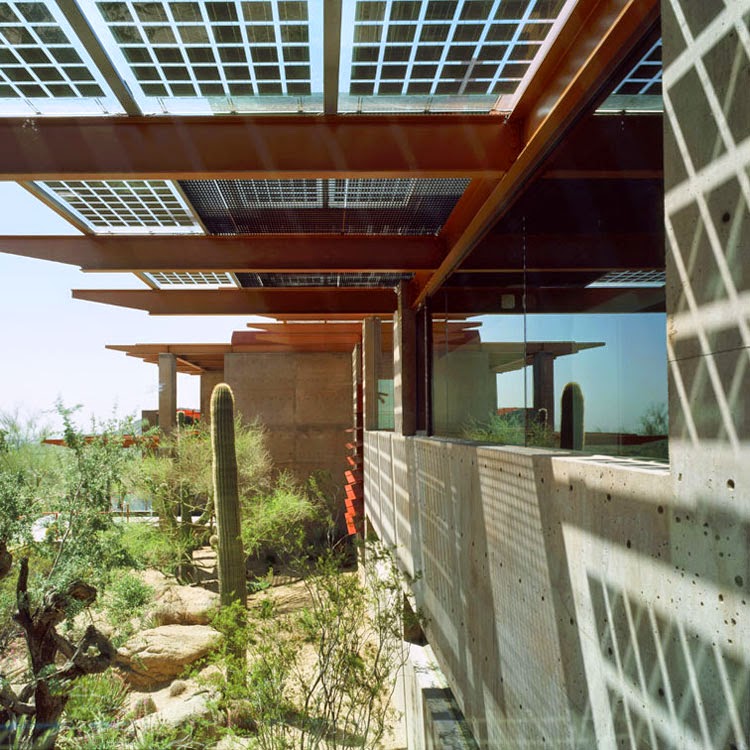 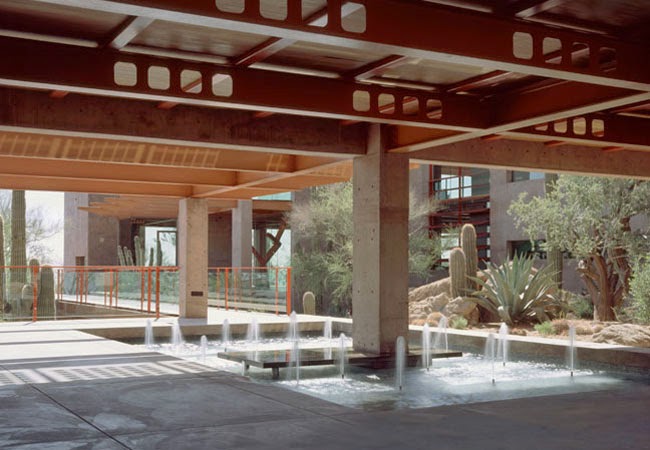 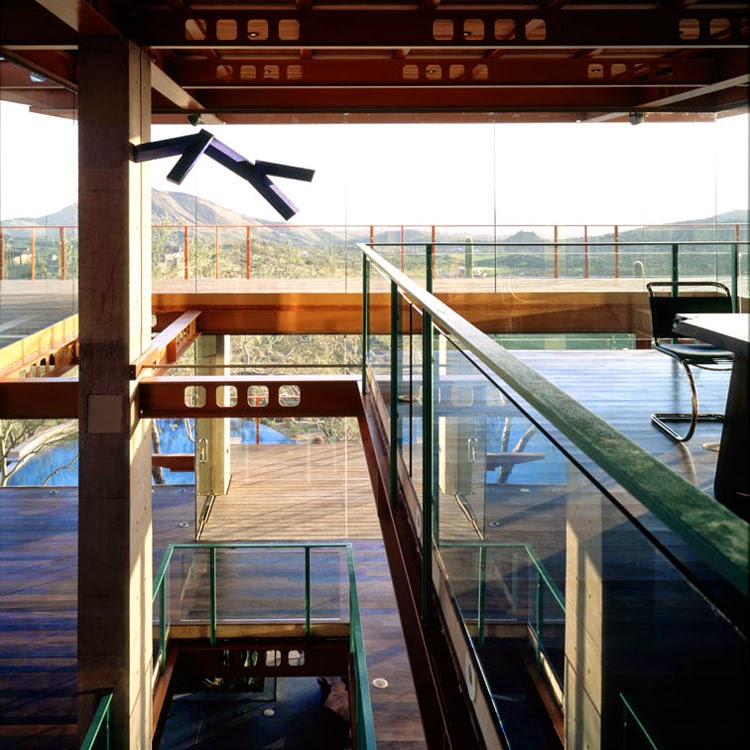