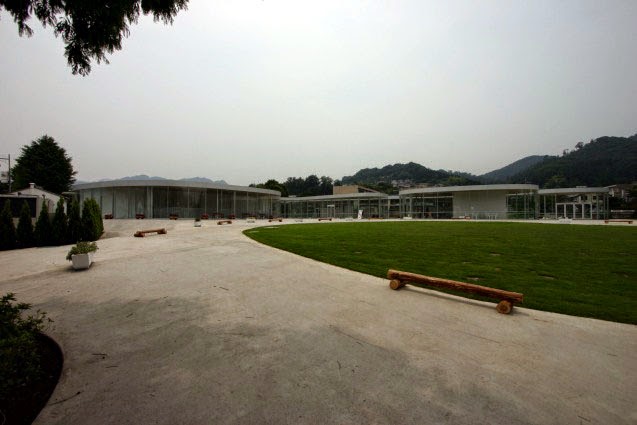 Both in her solo firm of Kazuyo Sejima & Associates and her collaborative practice with Ryue Nishizawa (SANAA), a common thread can be found in Sejima's buildings: an artistic balance and investigation of minimalism and skin/transparency. In the latter's more high-profile commissions, such as the completed Dior building in Tokyo and the New New Museum now under construction in New York, simple boxes are divided and stacked in unique ways and then veiled in a soft skin that gives them an ethereal quality. In this civic project in Onishi, Japan, transparency reigns, as does an organic plan. 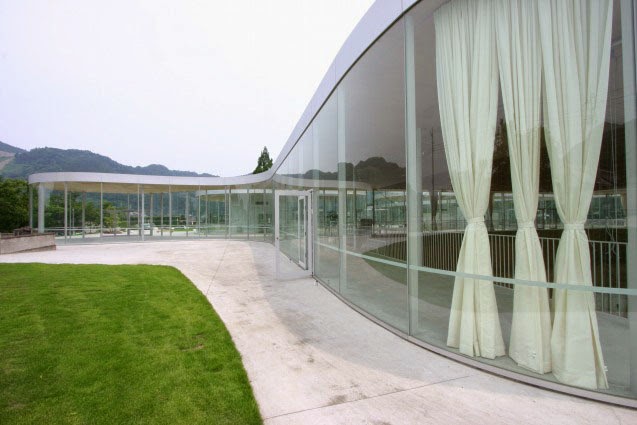 Similar to other recent projects by Sejima, including the Toledo Museum of Art and the 21st Century Museum of Contemporary Art in Kanazawa, the Onishi Hall is limited to a one-story expression. In essence these series of projects are linked as being glass pavilions; in two cases housing art and in this case housing an auditorium, a gymnasium, and other civic functions. 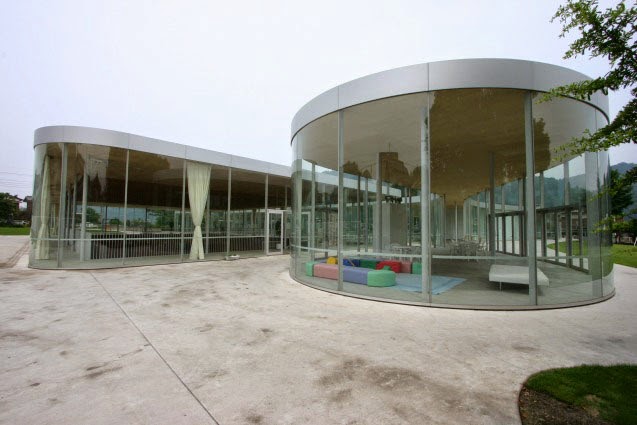 The site plan illustrates how the building is split into separate pavilions that curve around the around the large assembly and athletic spaces. Pedestrian "streets" meander between the three separate pieces, with doorways set for easy access from one pavilion to another, visible in the floor plan. This plan, and its full-height perimeter glazing, creates areas of ambiguity, as one is between the glass walls but outside while also seeing across the spaces into not only one but sometimes multiple pavilions. The same applies when inside. 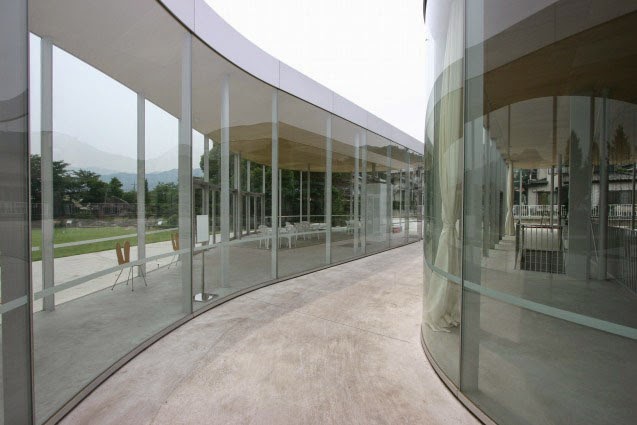 By submerging both the auditorium and the gymnasium, these views across and through the building are preserved in these areas. The biggest problem with this type of design is that when something violates this transparency or interferes with the purity of the transparent exterior and its form, it stands out like a blemish on a pretty face. This raises the issue of control, but like a lot of other neo-Modern architecture that wants to freeze its moment of completion as its permanent state, life goes on and the building will change as the owner and users interact with it and modify it beyond that initial state. Does this preclude minimal architecture in favor of something more accepting of life's detritus? Or should life follow the building's wishes? 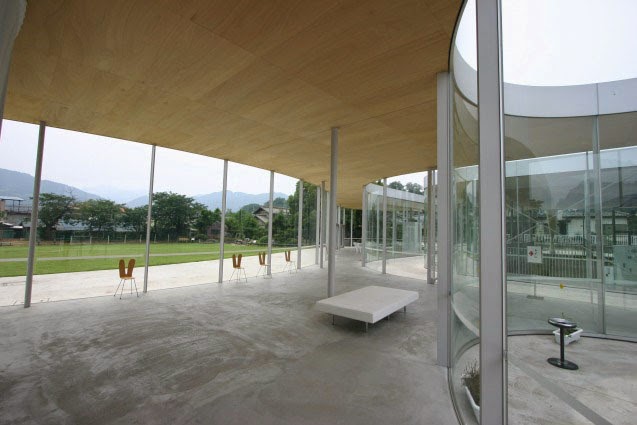 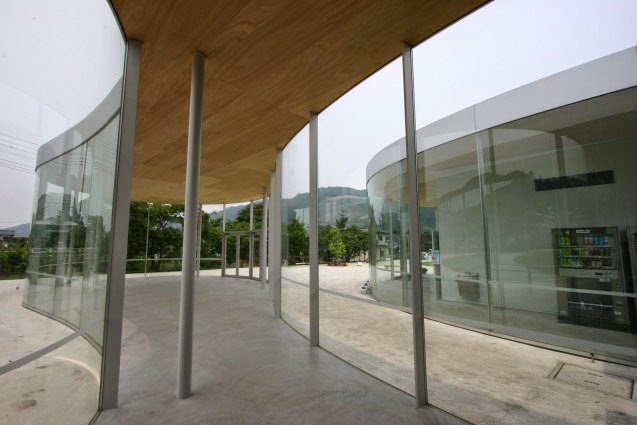 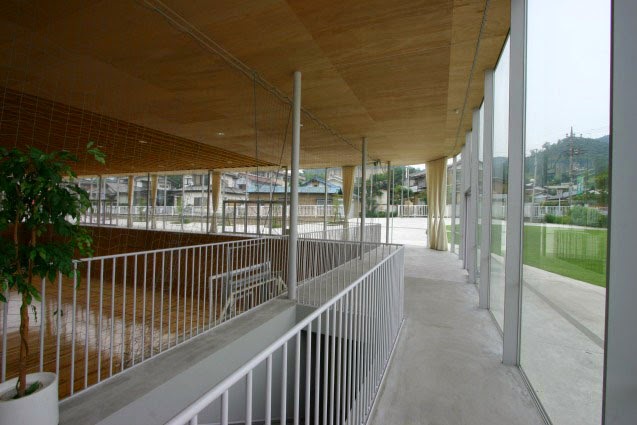 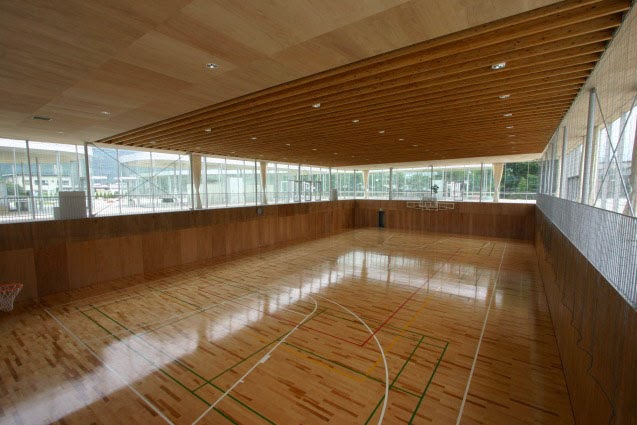 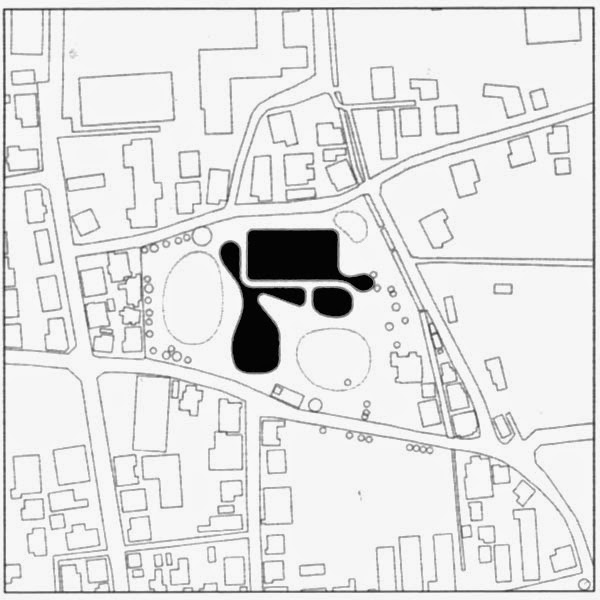 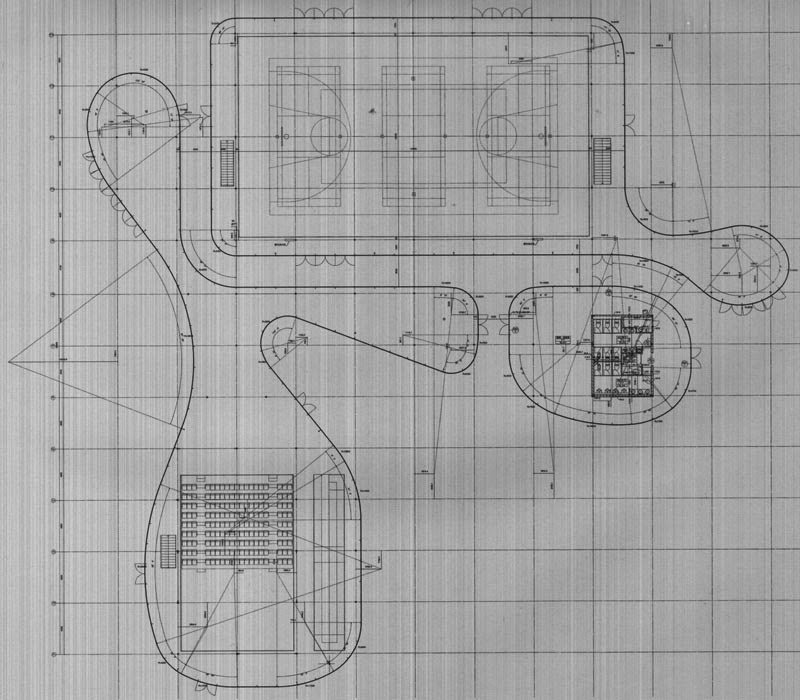