Built on the concrete foundation of a former sewage plant, this biological farm in Haren, Netherlands by Onix may look typical from certain views but it is far from typical. Rather, it is a contemporary design of a traditional building type infused with additional uses beyond those related to farming.

In addition to the specific farming functions, this program also includes a teahouse, a shop, an educational space, a children's farm; in effect it becomes an ecological farm with a community focus. Each programmatic element has its own spatial requirement, both in plan and in section. Grouping certain pieces together - both horizontally and vertically - a variegated "skyline" was created. Instead of separating the various ups and downs into singular structures, the architects arranged everything into a single building under one roof.

This roof becomes the dynamic element that ties the farming and other uses together. The image at left illustrates how the roof even extends itself to shelter outdoor space beyond the building's footprint. At the far end of the building, the architects left the roof as an open-walled shelter, the stable area underneath to be modified at will by the owners.

The interior spaces are oriented about a long corridor that extends from one end of the building to the other. This corridor, though, is not strictly its own space, but more an extension of adjacent spaces, making the interior as flexible as the stable space under the roof outside. 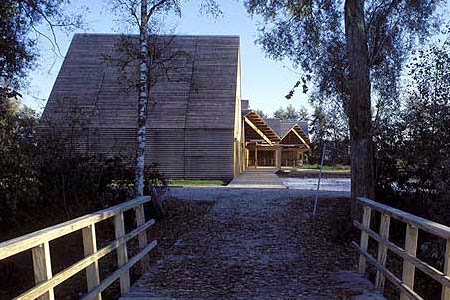 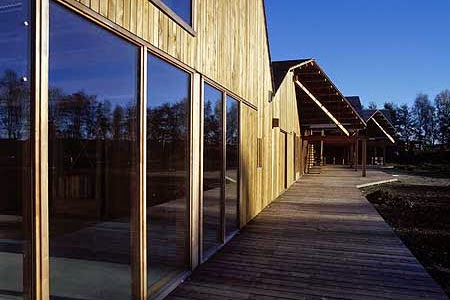 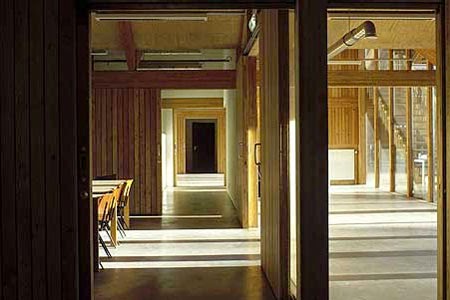 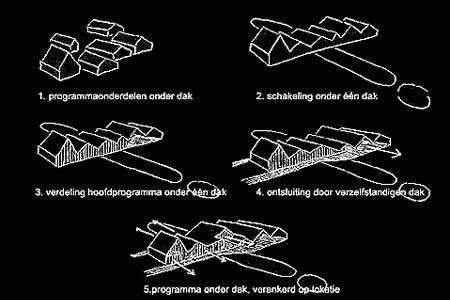