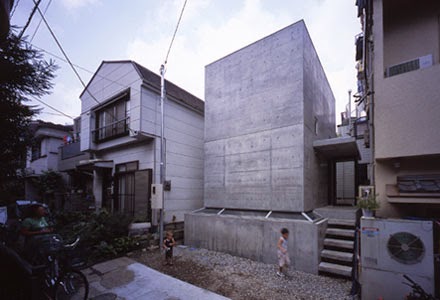 Atelier Tekuto is a prolific architectural studio in Tokyo that's able to produce single-family house design at the rate of at least one per month. If that weren't enough, each house is a distinct design, sometimes fitting into strains (Skin-House Project, PC Project, etc) but each standing out on their own. As an illustration, Skin-House #6 is a cube completely wrapped in glass block while Skin-House #7 is an extremely narrow and long pointed space clad in polycarbonate with the humorous moniker Lucky Drops.

This house - known as Magritte's and #6 in the PC-Project - is notable for its brutal concrete enclosure and interior. This is clearly not a house for the faint of heart. From the street, the house is a blank concrete wall, a few "floating" steps leading to the front door. From here it is apparent that the house extends down one level, its skylight releasing light from below at night.

Looking at the plan, it appears that one enters at the level of the bathroom, the footprint only big enough for one function per level. Below is the kitchen/dining; upstairs is a double height space with a loft, most likely sleeping above living. While these photographs give the impression of a brutal, carved concrete container, it is far from unlivable, even though it's very far from traditional. It is a container awaiting an individual or family's belongings to soften the hard and cold concrete surfaces.

In dense Tokyo, the vertical stratification of interior space is an intelligent way of dealing with tight constraints. The slight shifts in plan generate plenty of light for each level, much of it (as in the image at left) beautiful in its play across the concrete. And while the house may turn itself away from its neighbors, this is merely an expression of its focus towards the hidden delights within. 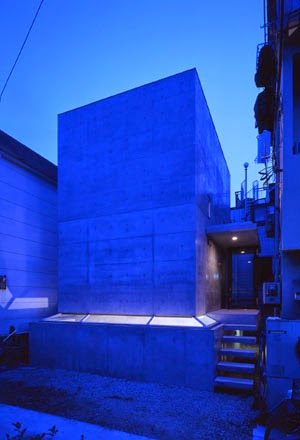 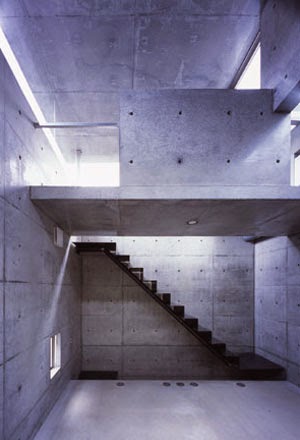 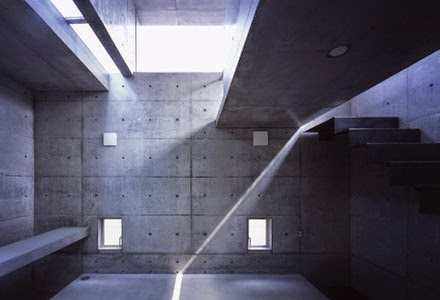 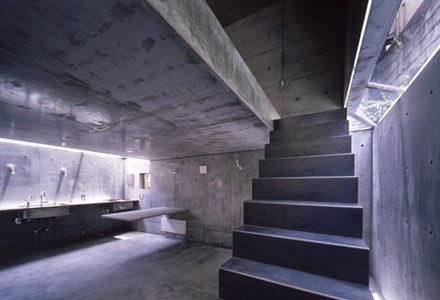 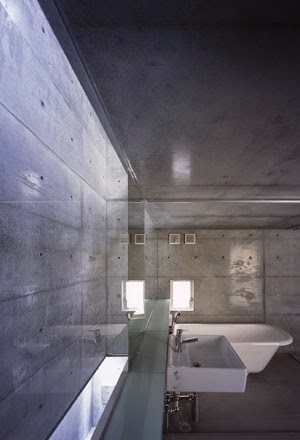 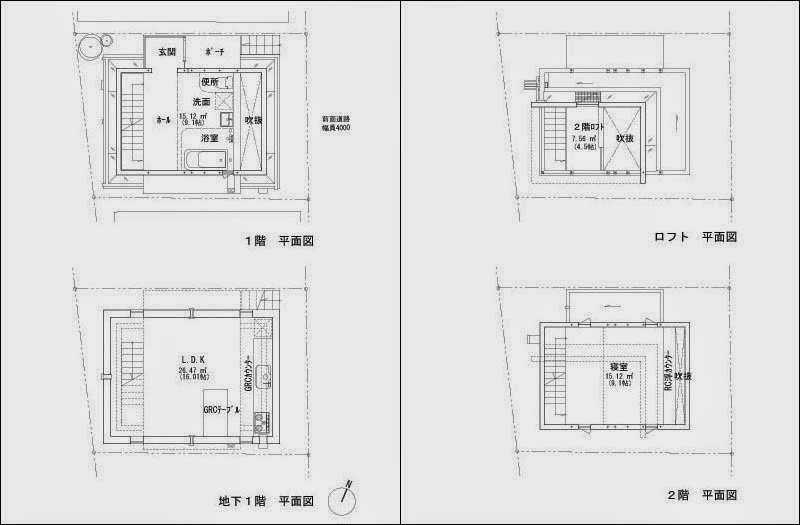