I've finally gotten around to taking a cursory glance at the various designs for the Hotel Puerta America in Madrid, Spain, and I present some findings below. For those not familiar with the project, it's a boutique hotel with the gimmick of each floor designed by a different architect, including the lobby and the roof deck. The exterior is by Jean Nouvel, who also designed the top floor of rooms, the 12th. Below is a "cross section" of the hotel floor corridors, from Nouvel on the 12th down to Zaha Hadid on the 1st.

The basic plan is two wings that radiate from a central, circular core that features exterior elevators, a la John Portman. The character of each floor is apparent as soon as one steps off the elevator, continuing down the corridors to the individual rooms. A future post will look at the rooms, but if you can't wait you can find hi-res photos of everything here. 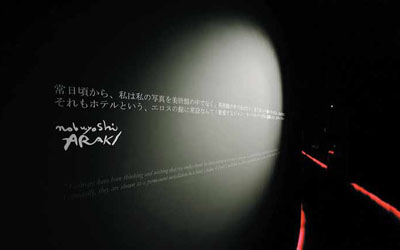 Jean Nouvel's penthouse floor is by far the darkest, with black surfaces abounding. Selective spot lighting and emergency-esque floor lighting guides one to their room. Nouvel appears to be acclimating the visitor for what's to come. 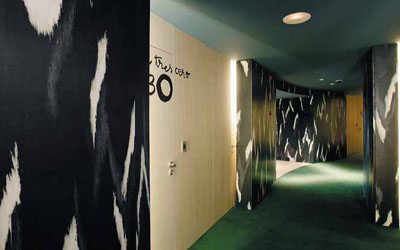 On the 11th floor, Mariscal and Salas get a bit whimsical, with a colorful statue in the elevator lobby and animal-fur prints along the corridors. 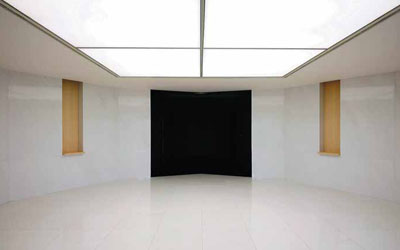 Arata Isozaki's design on level 10 is the most monastic and minimal - surprising in a building with a lobby by John Pawson. The contrast between the elevator lobby above and the black hole opening to the corridor is perplexing but will make sense when we see the rooms. 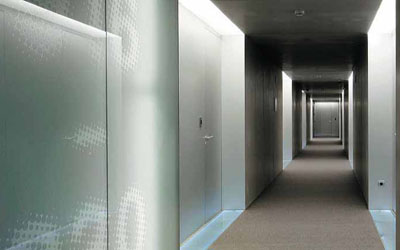 Richard Gluckman's floor is tastefully done, with an emphasis on materials, surface, and lighting. It's probably the most corporate of the bunch. 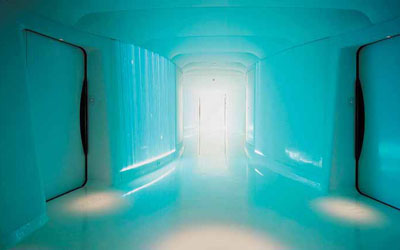 The 8th floor by Kathryn Findlay is one of the computer-generated blobby floors, showing that a project this size - and a supportive client - is an ideal opportunity to experiment. Ironically, the effect is more 60s than today. 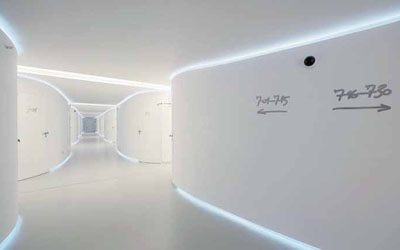 Ron Arad's floor is the antithesis of Nouvel's penthouse. White is the only surface color, with bands of light at the top and bottom of the curving walls. The handwritten text is a nice touch. This is another floor that feels 60s, recalling Stanley Kubrick's 2001: A Space Odyssey. 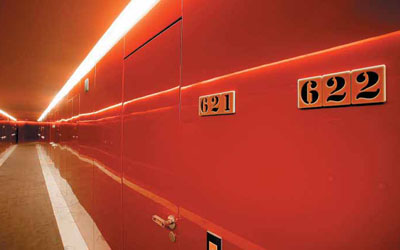 Marc Newson's design on six is an intense, shiny red. Perhaps he's aiming to wake people up after a long night of partying. 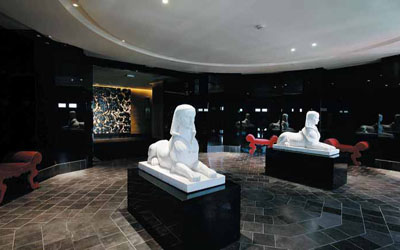 The fifth floor by Victorio and Lucchino is the most post-modern and resembling the work of an interior designer rather than an architect. Space and surface is covered with objects and patterns, making it feel like Vegas landed in Madrid. 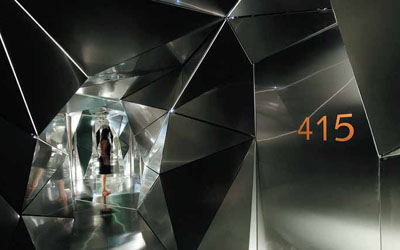 Plasma Studio's floor is obviously the most disorienting, and easily the most dangerous for the inebriated. Folded metal planes eat into the space, impacting the corridor more than any other designer on the project. 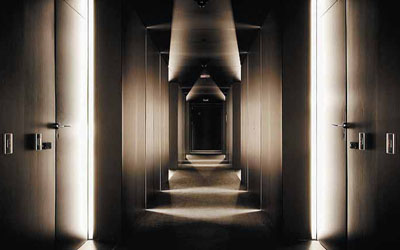 David Chipperfield's minimal exercise is dramatic, in a Hollwood sort of way. Instead of 2001, we have the presence of Orson Welles, in the spirit of equal parts Citizen Kane and The Lady from Shanghai. 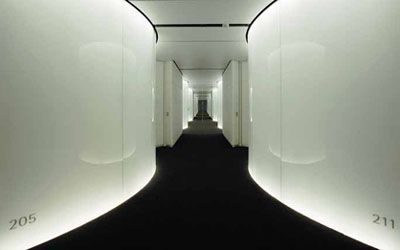 The second floor by Norman Foster is another design that reminds me of 2001. Unlike Arad's design upstairs, the floor is black and the walls are glass, adding reflections to the mix. 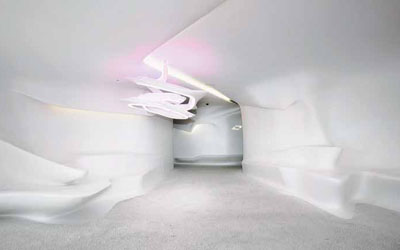 Finally, Zaha Hadid's floor above the lobby is the most overtly computer-generated design. The plan's symmetry is ditched at every turn, in favor of flowing and rippling space. What else would you expect from Ms. Hadid?