To Remember or to Forget? 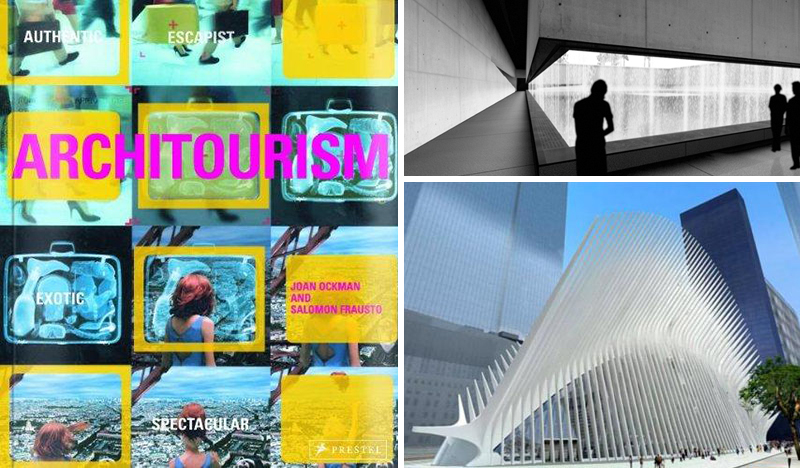 Staying current with the rebuilding efforts for the World Trade Center site in Lower Manhattan is a frustrating task, at best. Since September 12, 2001, “rebuilding” has been the key word, but what to rebuild has neither been clear nor something widely agreed upon. As the site slowly takes shape, the financial and political interests that influence its direction are all too obvious, from Larry Silverstein’s insistence on defining the events of 9/11 as two separate incidents in order to gain insurance money to his never-ending tug of war with Governor Pataki—and now Mayor Bloomberg—over control of the site. These interests aside, perhaps there are other ways of thinking about the events unfolding at Ground Zero that would help glean some understanding from the seemingly chaotic proceedings.

A brief recap: In November of 2001, the Lower Manhattan Development Corporation (LMDC) was created to oversee rebuilding efforts. Nine months after its formation, the LMDC, along with the Port Authority, unveiled six unimaginative concepts for the site. Spurred by unanimous public disapproval against them, the LMDC launched an international design study for the site, unveiling nine plans by seven teams at the end of the year. Where the previous plans suffered from lack of creativity, these suffered from the opposite: too much novelty and not enough dignity or practicality. Studio Daniel Libeskind and the THINK team were announced as finalists, with Libeskind named the winner in late February of 2003, over 17 months after the towers fell. That spring a memorial competition was announced, attracting over 5,000 entries. Finalists were announced in November, with Michael Arad’s Reflecting Absence selected in January, 2004.

Now, in early 2006, Libeskind and his master plan are pretty much history. His cohesive vision for the site—a grouping of office towers “gesturing” towards the void and the memorial, culminating in the highly symbolic Freedom Tower—has been replaced by a collection of buildings striving to be singular icons. David Childs of the architectural firm Skidmore, Owings, & Merrill is designing Larry Silverstein’s Freedom Tower; the most recent plan includes a twisting and tapering glass shaft sitting atop a massive concrete, fortress-like base, satisfying the NYPD’s overly sensitive and misguided security concerns. Celebrity Spanish architect Santiago Calatrava’s PATH train terminal is now under construction, its birdlike form sure to be an alien presence in Lower Manhattan.

Unfortunately, the cultural building proposed by Norway’s relatively unknown though talented architecture firm Snøhetta—a simple yet rich box that was to house The Freedom Center and The Drawing Center—was shelved after controversy over the Drawing Center’s allegedly “unpatriotic” exhibition content and, it was recently announced, will be cut back considerably to house a visitor center, consumerism veiled as culture. Additionally, Frank Gehry was appointed the architect of a performing arts center which will be across from the visitors center, and recent news has Silverstein commissioning Britain’s Norman Foster for a third office building (after SOM’s 7 WTC and Freedom Tower), both of which are sure to be signature buildings by name-brand architects.

So what is the sum of these parts? In this case the answer seems to be a “who cares.” This public indifference can be attributed to many things: the driving force of corporate money, the democratic essence of Manhattan (evident in its all-pervasive grid), conflicts between the various personalities in the rebuilding effort… the list goes on. The site’s redevelopment is also occurring right in the thick of the acknowledged rise of architourism, a buzzword coined by Joan Ockman and Solomon Frausto, the editors of 2005’s Architourism, for architecture that “has its own niche in the tourist industry.” Taking the “Bilbao effect” as its point of departure, this collection of essays questions the relationship between architecture and tourism at a time when “a singular building [Frank Gehry’s Guggenheim Museum] in a provincial locale [Bilbao, Spain] could so captivate the popular imagination.” One would think that with its plethora of architectural and cultural treasures New York City would be exempt from this consideration, but it seems even more subject to this effect, lest it be upstaged by places like, well, Bilbao. The architourism effect means new icons are responsible for extending the appeal of a city, with Ground Zero obviously a place ripe for experimentation.

By framing the choices taking place in the rebuilding of Lower Manhattan within the themes presented in the pages of Architourism, things start to make some sense. Lucy Lippard correctly asserts, “The World Trade Center has always been a tourist destination—going up, staying up, coming down, now going up again, in another futuristic guise.” But this futuristic guise would hold little appeal if one of the bland initial designs for the site were instituted. To their credit, the uninspiring proposals became, in hindsight, an inadvertent launching pad for international interest in contemporary architecture’s role in making places, as they led to the subsequent international design study. Images of the nine entries were seen all over the world, giving people a glimpse into the possible futures of Lower Manhattan. Certainly, practical issues like financing and security helped secure Libeskind’s victory over THINK, but the current state of affairs points more than ever to the fetishization of the architectural object as a provider of publicity, attention, and, ultimately, attraction. Calatrava’s forthcoming PATH terminal is the perfect case.

Repetitive skeletal forms are a consistent theme in the work of the Spanish “archi-engineer” known for bridges and responsible for numerous train stations throughout Europe. These forms were extended to his first American commission, the Milwaukee Art Museum, a structure constructed in 2001, which is striking for its operable brise-soleil that resembles a bird in flight when open. For his PATH terminal commission, Calatrava proposed much the same thing: a soaring space framed by ribbed arches that will open each year on the anniversary of September 11. Here we have architectural branding of the utmost. Calatrava has designed a structure that not only screams “Look at me!” but also “Calatrava!” A recipe for success has been exported from Milwaukee—a struggling industrial city on the shores of Lake Michigan—to Lower Manhattan.

But will it work in the architectural context that is lower Manhattan, a dense conglomeration of buildings that coalesces into something greater than the sum of its individual parts?

Even with the attention-getting form of the transportation hub, the one building determined to be the icon of the WTC site is Freedom Tower. For many people, the only appropriate response to the Twin Towers’ destruction was to build taller. Libeskind supplied this macho response in his master plan, calling it Freedom Tower and peppering it with symbolism: hanging gardens that evoke life, growth, and common roots and a spire whose height reaches 1,776 feet. This freedom-ringing number is all that remains in Childs’ latest design, which begs the question: Does height alone make an icon? In its current state, Freedom Tower is quantity over quality, a combination of design by committee and the architectural methodology that higher is better.

Of the various elements that comprise the rebuilding effort at Ground Zero, the one that will attract the most visitors is most surely Arad’s memorial. Here we pass from the world of architourism into that of “tragic tourism,” where people are drawn to Civil War battlefields, concentration camps, terrorist sites, and places of destruction and loss. From the very first cries of “rebuild!”—predating any master plan or building designs—one consideration has been the huge number of visitors that will visit the site, an acknowledgement of its obvious importance but also of the magnetism of tragedy. In Architourism James E. Young articulates a view where we “[allow] memorials to relieve us of the memory burden we should be carrying,” making a visit to a memorial akin to a pilgrimage.

Arad’s memorial design, a collaboration with landscape architect Peter Walker, consists of a heavily landscaped plaza that surrounds the voids representing the Twin Towers’ footprints, which will have become subterranean pools filled by waterfalls. A descent to the level of the pools will yield the names of those who died on September 11 as well as the Memorial Museum, an archive of that day. The success of the WTC Memorial will depend on many variables (materiality, maintenance, scale), though its sheer size—both above and below grade—has been designed to handle the throngs expected at the site.

The battle lines that have been drawn by American press and politicians since September 11 have conjured a classical clash between good and evil. At Ground Zero, the battle is between remembering and forgetting. In Libeskind’s master plan, everything was about remembering: The towers gesturing towards the memorial, the old footprints, and the “bathtub” keeping the Hudson River at bay; Freedom Tower spoke to things deeply within all of us, beyond the differences that spur terrorist acts. But perhaps that was too much remembering. Too much for a city that’s always moving forward, away from the past. Too much for a country bent on progress, whatever that ultimately means or yields. In place of total remembrance, the site has come to symbolize the tension between looking back versus looking forward, between the ghostly imprints of the Twin Towers and the surrounding, indifferent office towers—icons of commerce and, in the years to come, the tourist’s gaze.
Email Post