Friedrichstrasse, Then and Now

Way back in 1921, Ludwig Mies van der Rohe envisioned a glass shard of a skyscraper for a prominent site in Berlin along the Friedrichstrasse. 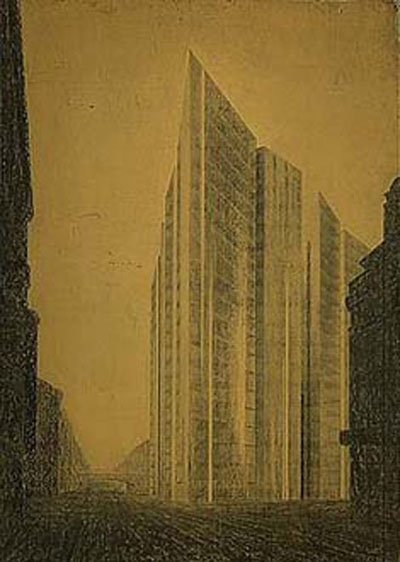 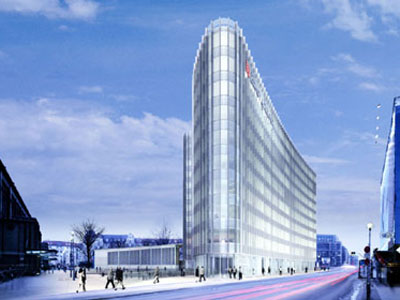 While WAN calls it a "landmark project", I can't help think it doesn't live up to the iconic Mies design and imagery...but how could it? Mies's angular prow is dismissed in favor of a watered-down curve that even features a minimal nod to tripartite hierarchy in the band across the top, something Mies eschewed in the abrupt termination of the glass walls. If it were on another site, Braun's design would be applauded as a highly sustainable and competent office building, but here it's just a fraction of what it could have been.
Email Post