If you've followed this site for a while, you're probably familiar with the Allianz Arena in Munich, Germany by Herzog & De Meuron. 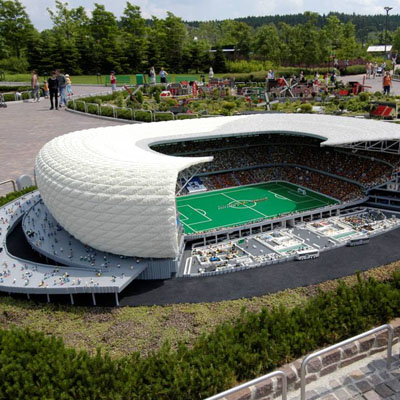 The Michelen Man-looking building features inflated ETFE panels that appear opaque white during the day but glow different colors at night, usually programmed to the jersey colors of the home and away teams. 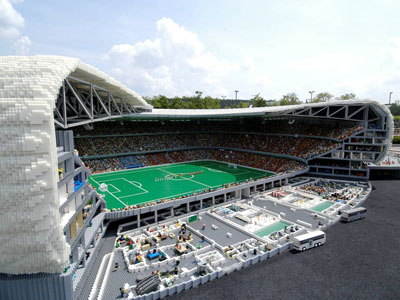 By now you've probably realized this isn't the real arena, as in fact it's the building made out of legos, at Legoland Deutschland. It was unveiled in December, though I just found about it today from a friend. As someone who grew up with legos, I gotta say this is impressive, especially the cut-away section and the attention to detail throughout. And I have no idea how they get it to glow...I'm assuming that happens where the wall is only one block thick to allow some light through the plastic. 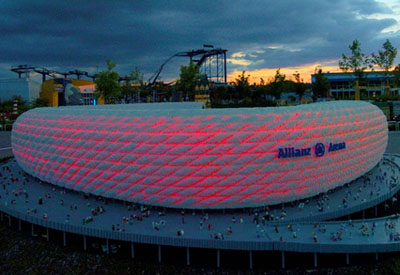 Lot's more images here and thanks to Jeff S. for the images and the head's up!
Email Post