One ingredient in the plan is Chicago Square, so named as Hamburg is one of Chicago's sister cities and because, "in May 2005, the Free and Hanseatic City of Hamburg invited five renowned architectural firms from Chicago to put forward their blueprint ideas for Chicago Square, which is situated at the eastern end of Baakenhafen harbour." 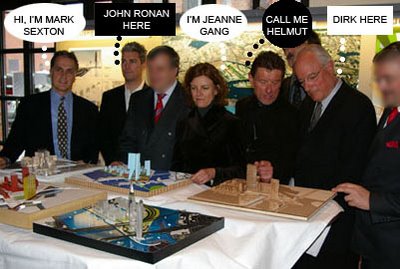 "The idea of creating a Chicago Square with a high-rise skyline as the eastern entrance to HafenCity at the head of Baakenhafen harbour, and of using American architectsÂ’ know-how to achieve it, was proposed to mark the 10th anniversary of two sister cities, Hamburg and Chicago." The five designs were presented on March 1, 2006, though it's not clear if one has been selected yet or when one will be selected as the winning design. 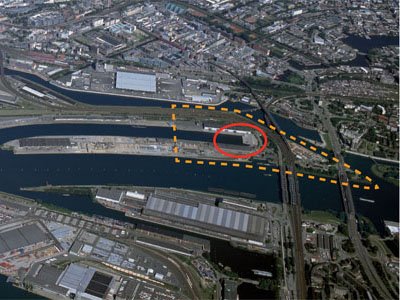 It's hard to say anything about the designs, as only small model images are available at the moment. It appears that each scheme uses one or two towers as focal points for the project -- most notably in Jeanne Gang's and Helmut Jahn's designs -- combined with low- and middle-rise buildings arranged on the rest of the site. 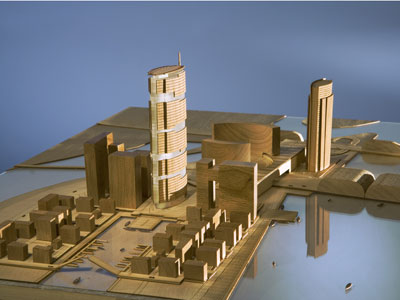 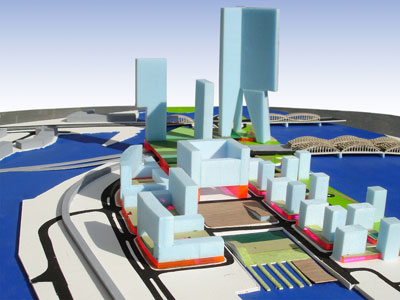 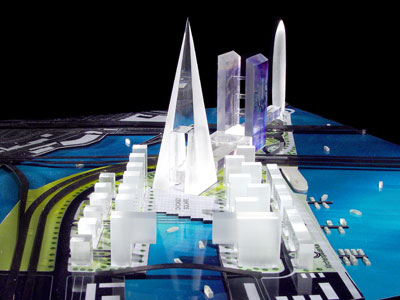 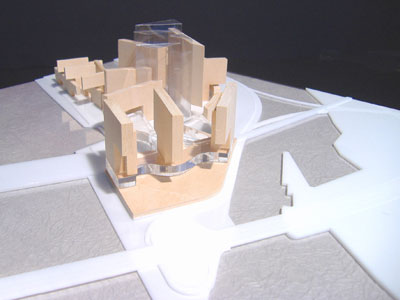 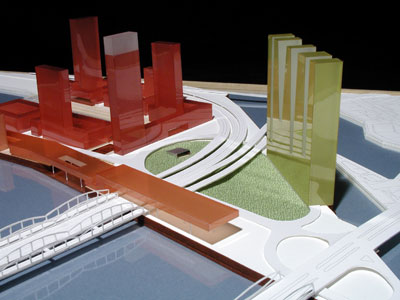 (Thanks to Antonio C. for the head's up!)
Email Post