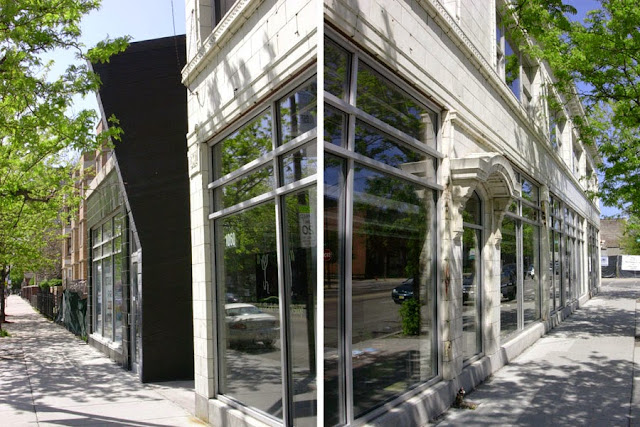 Chicago's South Side is undergoing something of a mini arts renaissance. The over 60-year-old Hyde Park Arts Center recently opened its expanded space, designed by Garofalo Architects. In nearby Kenwood, the Muntu Dance Theatre is in the early stages of constructing its new Performing Arts Center, designed by New York's David Brody Bond. And right across the street from Muntu sits the Little Black Peark Art & Design Center. What's so great about these South Side institutions -- apart from their proximity to each other -- is their community focus, their ability to function not only as places to see art but as places to learn about and create art.

Little Black Pearl's home is a 40,000 s.f. facility designed by K2 Architects, and is comprised of teaching studios, cafe, gallery, retail store, and a two-story atrium space linking all these functions. The atrium space also acts as a link between old and new, the former a rectangular, terra-cotta storefront building and the latter an L-shape structure wrapping the old storefront. Naturally, the atrium is the interstitial space between these two, though its presence extends to the exterior at the entry and a prow that reaches out beyond the existing building.

It's apparent from walking around the building that its extension had a relatively small budget. Corrugated siding, poured-in-place concrete, and small window openings predominate on three sides of the building. But the interaction with the old building is handled remarkably well, via a small landscaped area next to the glass wall that exhibits the atrium space to passers-by. Additionally, the metal panel-clad "prow" lifts itself up in a gesture towards the Muntu Center across the street, an act of kinship with its future neighbor.

Needless to say, the curving, skylit atrium space is the crowning achievement of the design. The dynamic, two-story space plays multiple roles: circulation spine connecting the various functions, gallery space, social hub, and symbolic heart of the Art Center. Track rails and other mounting devices are attached to the curving wood wall, awaiting art by the children taking classes inside. It's no stretch to see this artwork as the pearls and the building as the string that holds the art together. 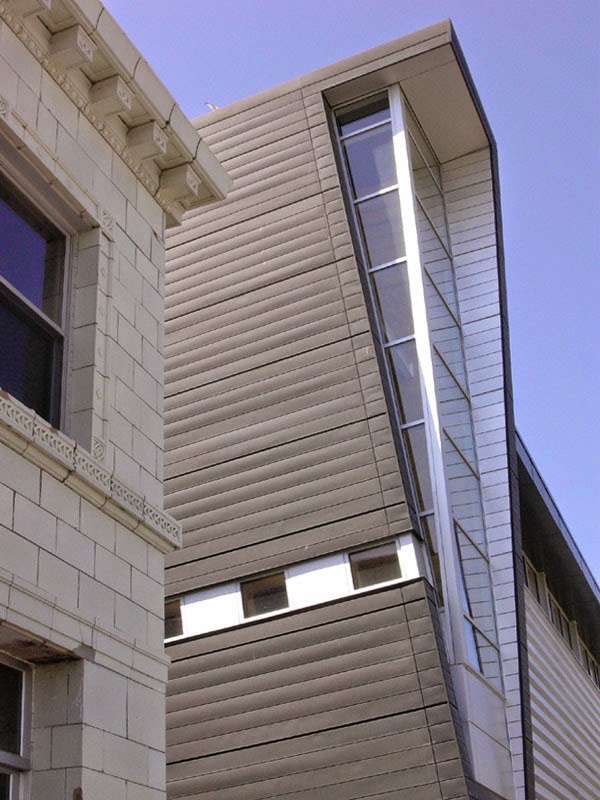 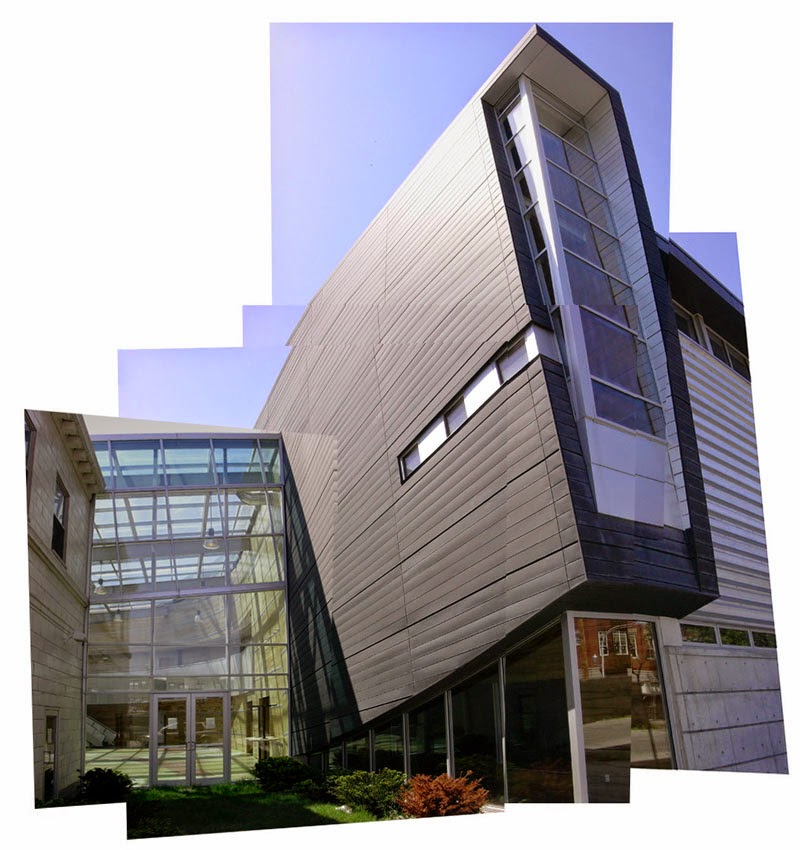 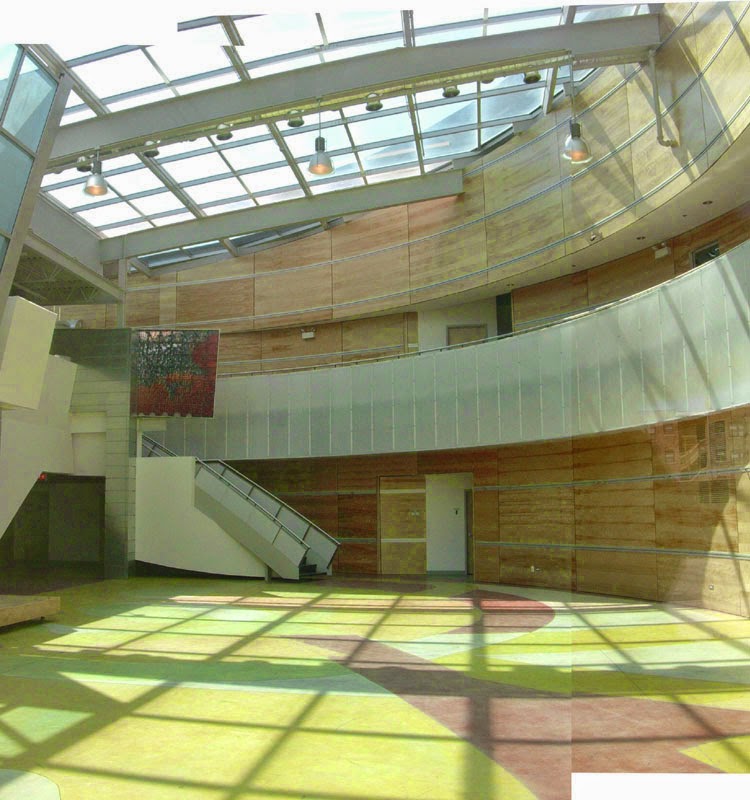 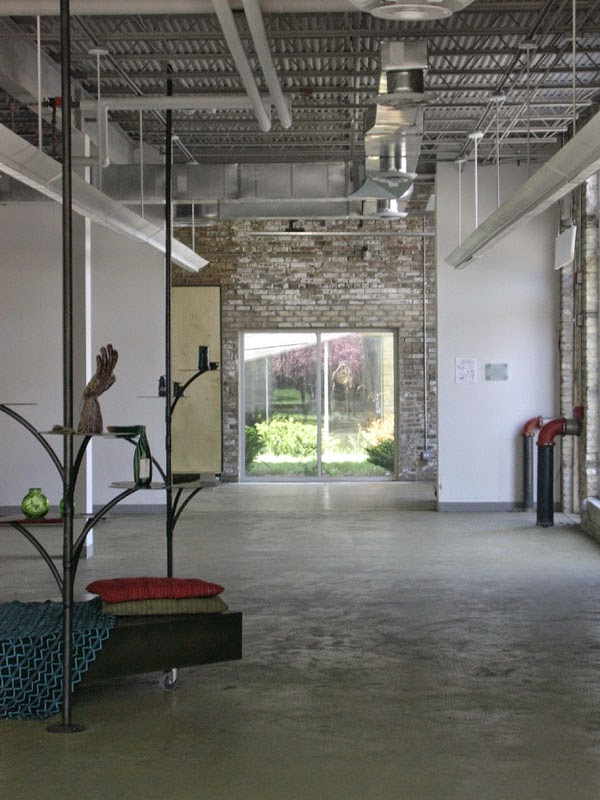 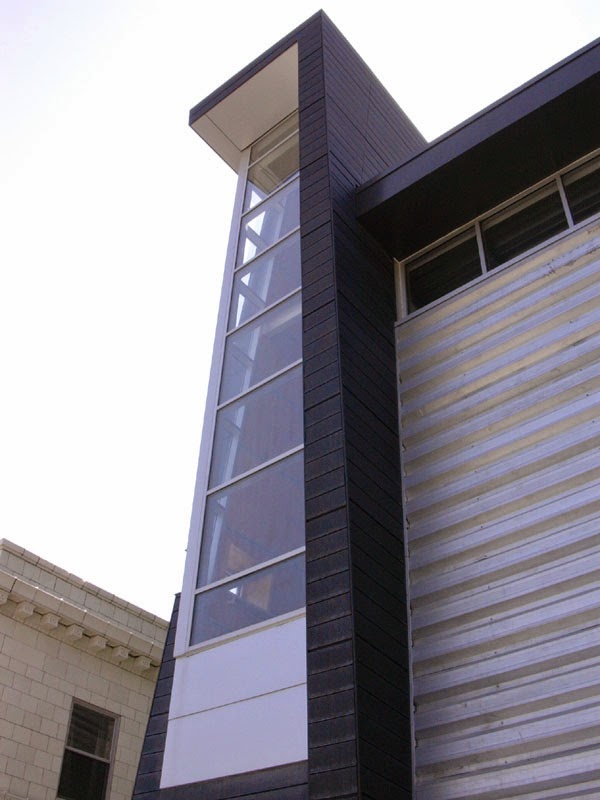 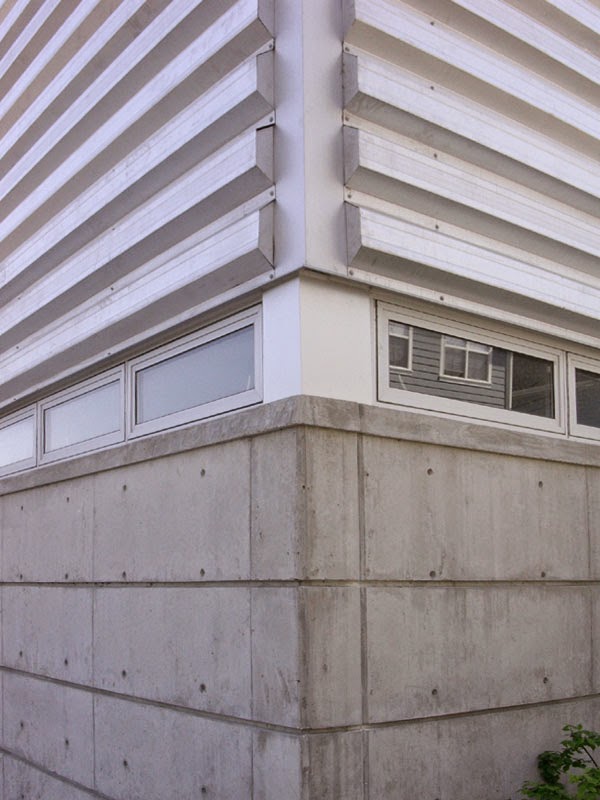