Maybe I'm reaching a bit too far on this one, but as soon as I saw the design for Donald Trump's modestly-titled Trump Soho by David Rockwell, I immediately thought of an unbuilt project by Tadao Ando in the same city. 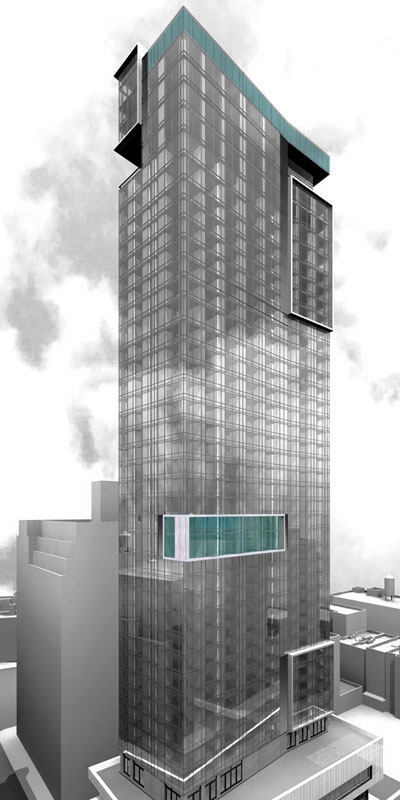 These doctored images try to illustrate where I see the similarities, namely in the only two overt design gestures by Ando in his penthouse renovation/addition, a glass bar capping the existing building and a diagonal glass bar appearing to pierce the building (it comes out on the other side, not apparent in the rendering below) a few floors below. Perhaps the latter element has a stronger connection with Rockwell's design where -- even though it's all new construction and is protruding from a glass wall instead of stone -- it's treated as a strong, linear gesture in front of a muted and repetitive background. 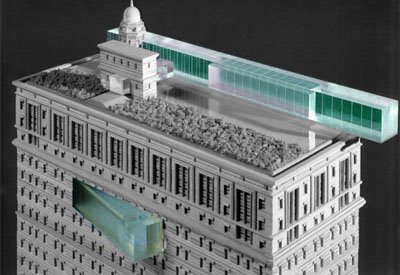 Feel free to tell me if I'm full of it, though keep in mind that I'm not saying Rockwell was inspired by or copied Ando's design (they're physically not that similar) but moreso that our minds make some interesting and unpredictable connections owing, in no small part, to the limitations of architectural imagery.
Email Post