Popef*cker scores once again, this time with the Google Video presentation of Chris Marker's La Jetee, a 29-minute short film from 1964 that's unfortunately more well-known for being remade years later by Terry Gilliam as 12 Monkeys than for its own virtues. 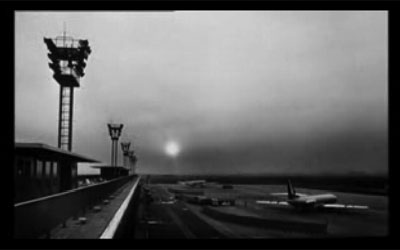 If you're familiar with 12 Monkeys, you know the story. If not, it involves murder, nuclear war, time travel, and love. It's told almost entirely with stills, resembling a flickering slide show with dissolves, fades, zooms, and other cinematic transitions. The one scene where the film does move (18m 40sec) is breathtaking. 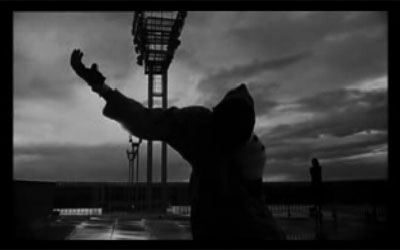 Marker's film has been very hard to find on video and dvd (as has the Bruce Mau-designed book, a natural extension of the film), so its posting on Google Video is just fantastic. It's in the original French narration, but an English transcription is available here. I think the images speak much louder than the narration does, so I recommend watching it the first time without reading along.