The seemingly impossible (or unpossible, as Ralph Wiggum would say) just might happen. Commercial Property News confirms a rumor I've heard, that Blue Cross Blue Shield will expand its headquarters in Chicago's East Loop by adding 24 stories on top of its current 30 floors. That's right, on top of its current building. 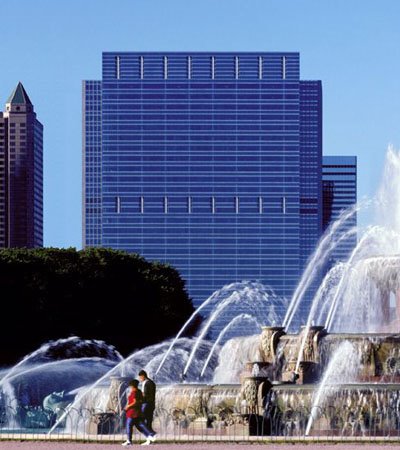 Completed in 1997, the building by now defunct Lohan Associates (apparently attributed to James Goettsch via inclusion on his firm's web page and not Lohan Anderson's) was actually designed to be expanded vertically, an intelligent but far-fetched approach. Considerations include leaving some space in the core empty in anticipation of a new bank of elevators for the addition, space that can be used for the tower crane during construction; and creating a large plaza to the north that can be used for staging during that time. Regardless of these and other measures, now that that time has almost come, it should be interesting to see just how smooth the process is and if they can pull it off.

And speaking of stacking, Freitag's new shop in Zurich that recently opened is comprised of 17 used shipping containers stacked into four columns of varying heights. Architects spillman.echsle found an appropriate design for a company that makes and sells "recycled freewaybags." 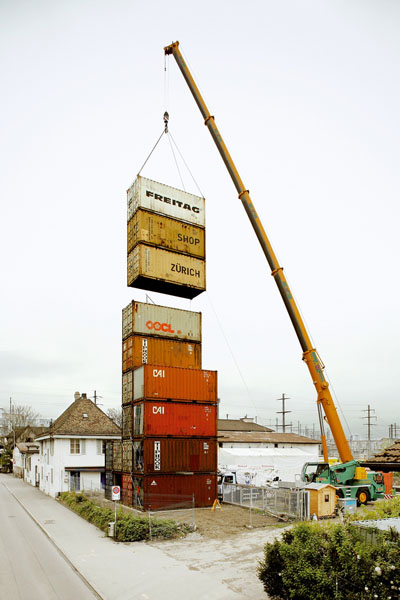 More photos can be seen at Freitag's Flickr sets.