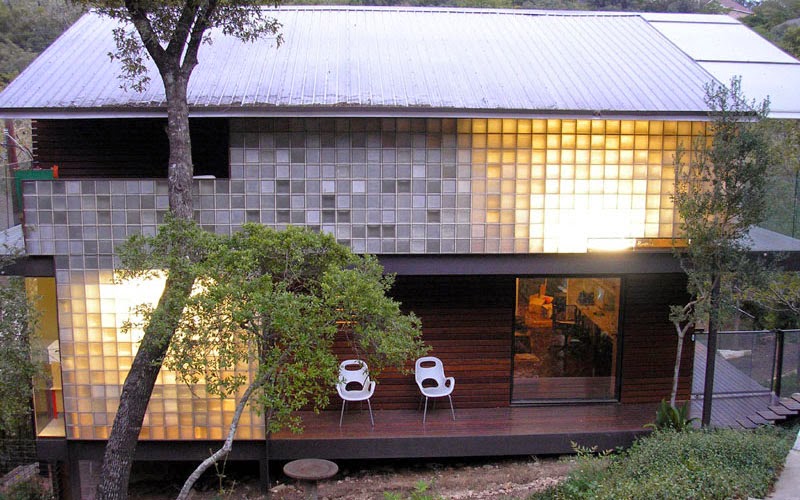 Bercy Chen Studio's design of the 2,800 s.f. Beverly Skyline Residence is a good example of the firm's philosophy of adopting various vernacular cultures to contemporary conditions. This philosophy most likely springs from the partner's backgrounds, as Bercy is from Belgium as Chen is from Taiwain. They met during school at the University of Texas in Austin, where they are now based.

For the Skyline Residence, the architects combine a number of traditional materials (glass block, wood, concrete, steel, and flat glass) in an unconventional manner to create something altogether unique. Numerous touches reinforce this interpretation. For example, the sloping roof, while being a traditional form, is slightly unfamiliar, due to its materials (metal and translucent glass) and the manner in which the glass portion cantilevers to cover exterior terraces.

Perhaps the most overt design gesture that gives the house its unique identity is the glass block exterior. Alternating horizontally and vertically with wood slats and vision glass, the glass block walls give the house a milky appearance during the day but an ethereal one at night. Its predominant location on the public, approach side of the house indicates that the architects wanted to give the occupants privacy while also giving an impression of what's going on inside without it being entirely clear.

The other side of the house though is almost the complete opposite, like two sides of the coin that is the material glass. Unlike the translucent glass block side, the vision glass side of the house removed from the public eye features floor-to-ceiling glass. If that weren't enough, the glass walls in the living room roll away to open up the interior to the elements. And on top of that even, the architects located a shallow pool right outside the window. Coupled with the built-in seating and the scenery, it's a stunning effect, one with the comfort and serenity of a traditional house but the transparency and minimalism of something very contemporary. 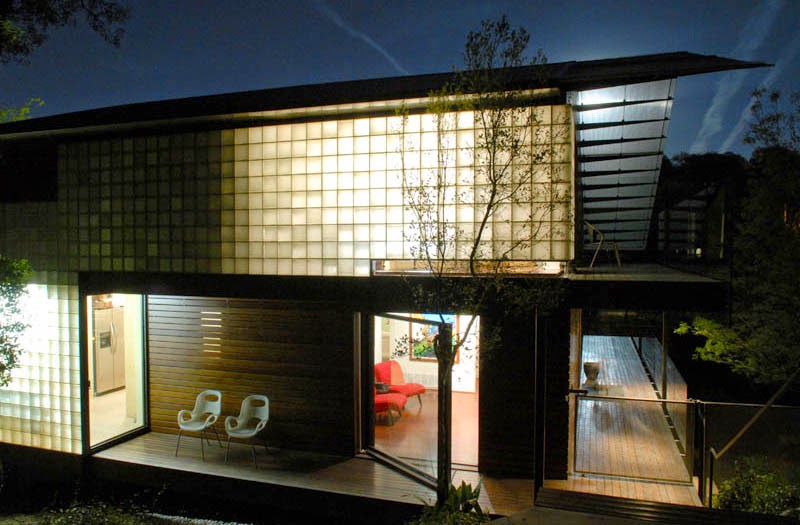 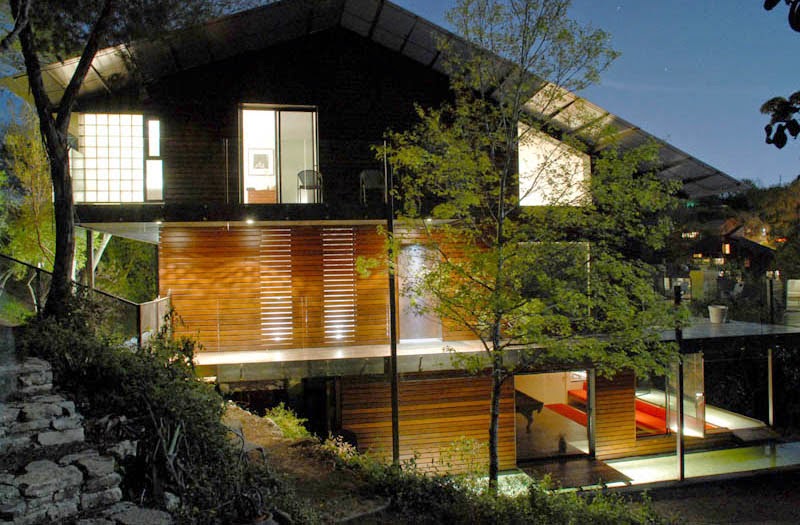 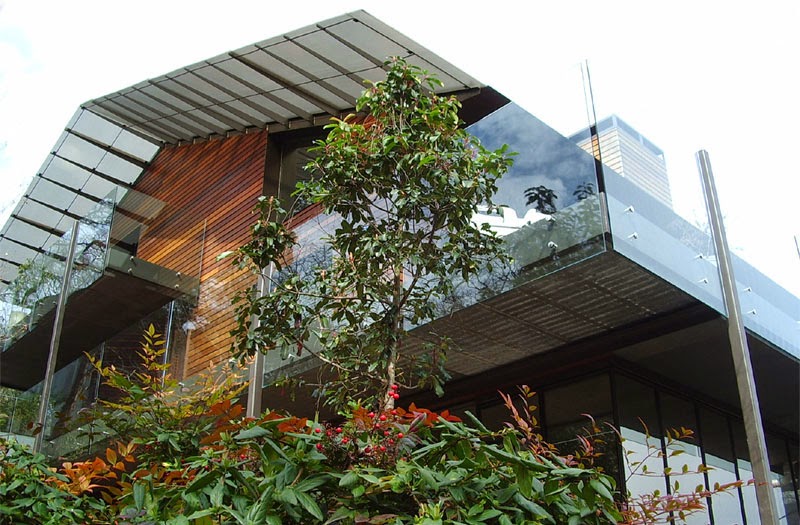 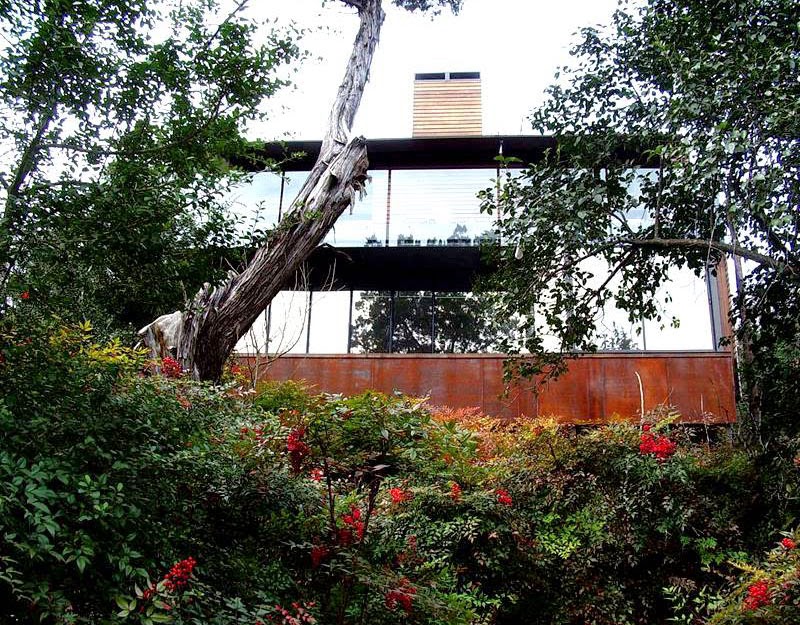 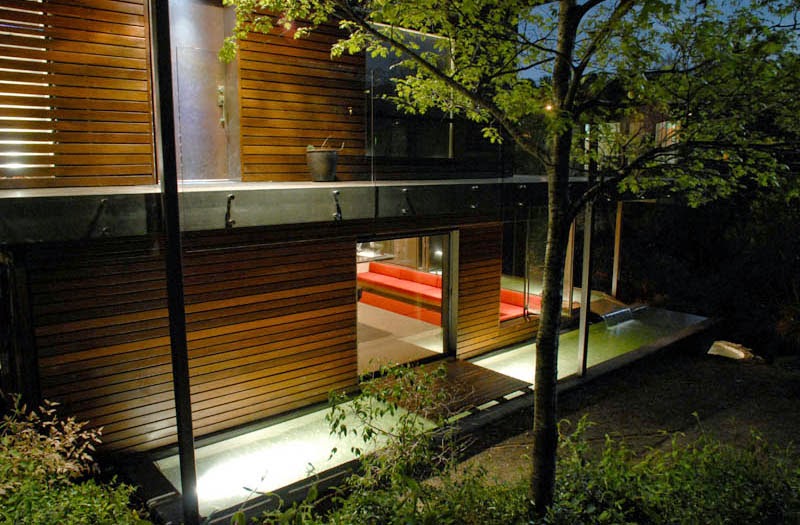 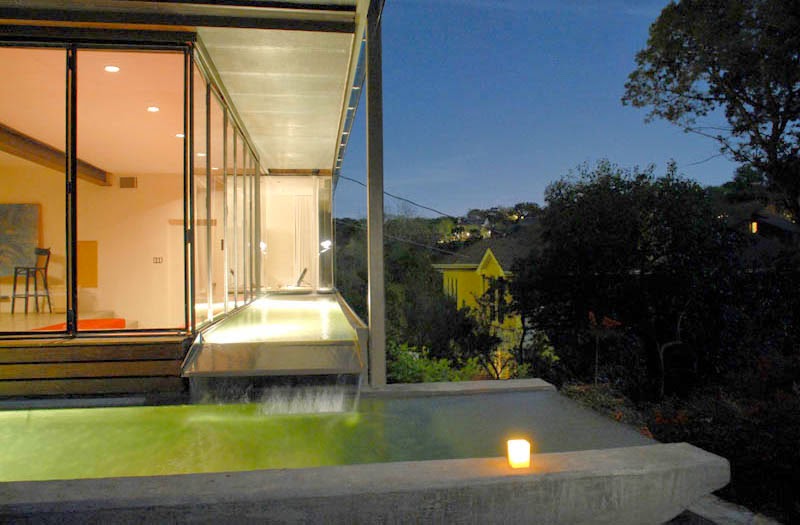 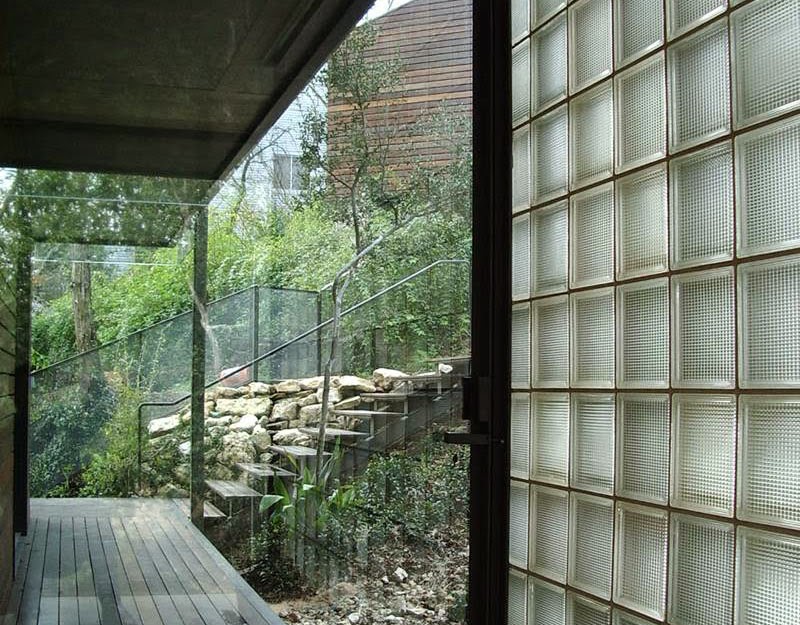 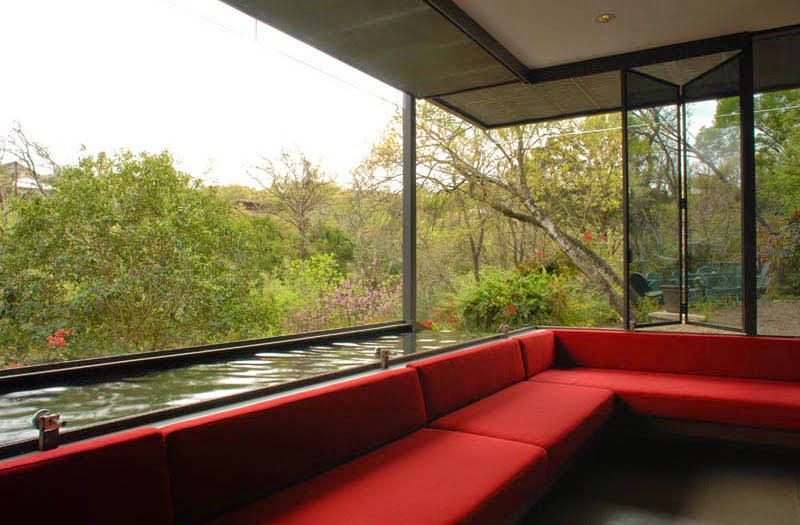