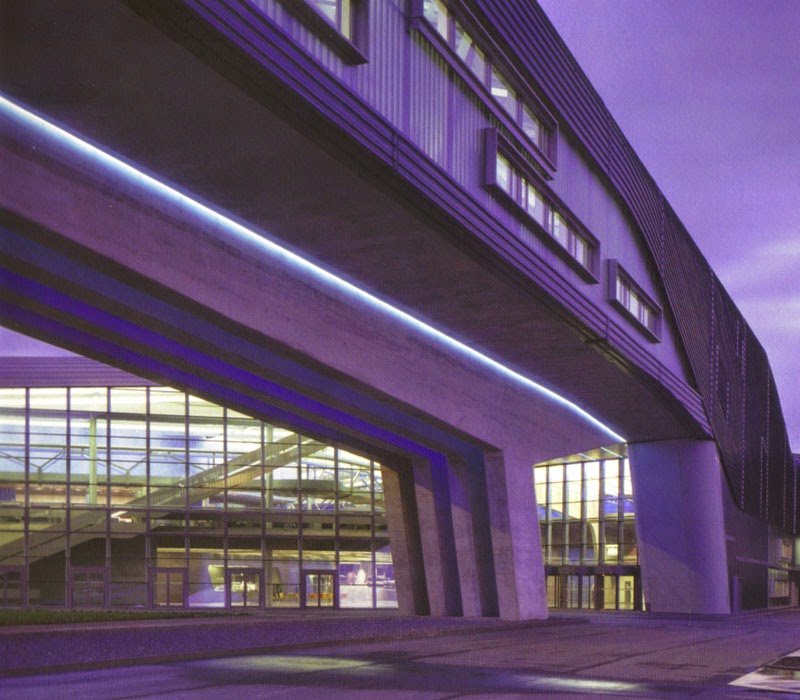 In early 2002 Zaha Hadid Architects beat out 25 other architects in an invited competition to design BMW's Central Building at its new manufacturing plant in Leipzig, Germany. With its highly-functional brief of offices, meeting rooms, a cafeteria, and public relations facilities, Hadid responded with an adventurous proposal based on fluid lines extending from the building outwards to its context. Her approach knit the various facilities together, in an unconventional design that broke aesthetically from the other shed-like structures.

In the words of the architect, "The Central Building is the active nerve-center or brain of the whole factory complex [where] all the threads of the building's activities gather together and branch out again from here." This analogy not only influences the building's formal and landscape design but also its interior. And without a doubt this building is about its interior more than its exterior. The latter is an inexpensive, yet hardly graceful, attempt to clad a complicated form.

Entering the Central Building, the visitor sees the overlapping of the various threads in the ceilings, roofs, and circulation. The multi-story interior helps to orient the visitor in the highly complex space that steps to three stories where necessary, responding to the site and BMW's functional requirements.

The most talked-about interior feature of Hadid's design is the assembly lines that cuts through the spaces as they move slowly from one factory building to another. This gesture not only exhibits the unfinished product -- a kind of tease for the visitor -- but also illustrates the companies integrative approach to business. By locating the administrative building between adjacent factory buildings, BMW denies any traditional separation between labor and service, blue- and white-collar that might have relocated the offices offsite altogether. Perhaps this integration only happens on an aesthetic or public relations level, but it's a step towards bridging a gap that seems to be a product of Capitalism and its business culture. 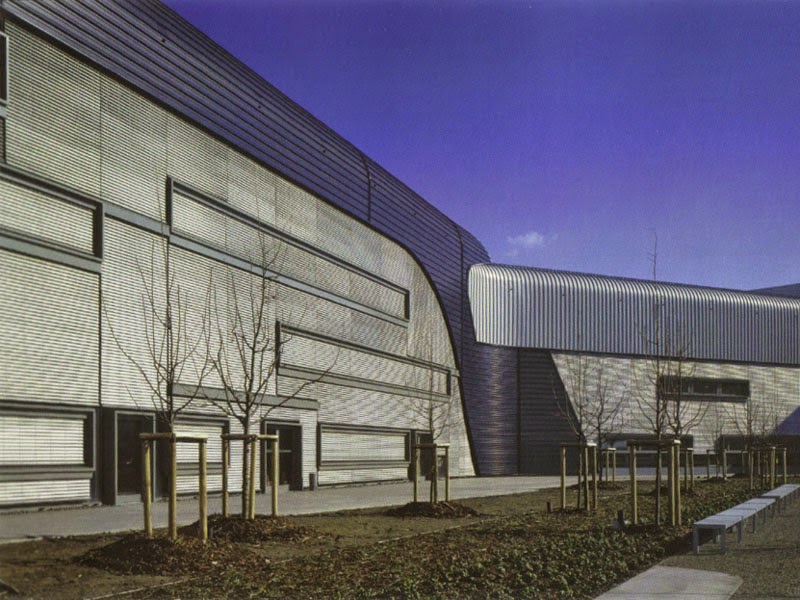 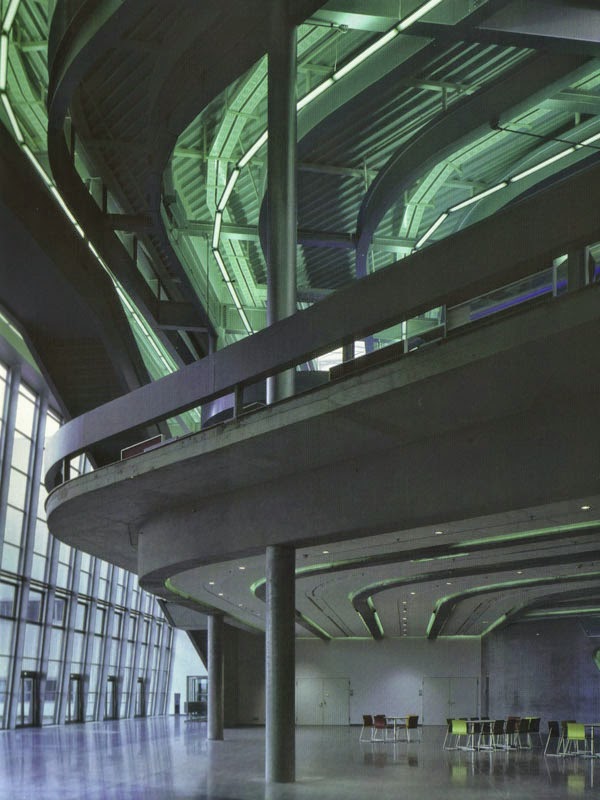 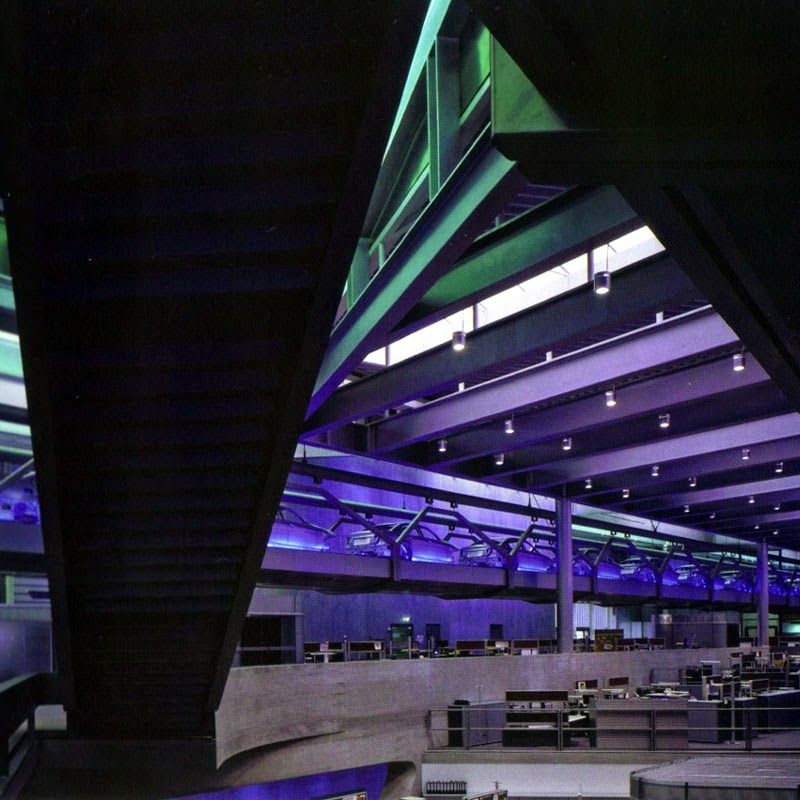 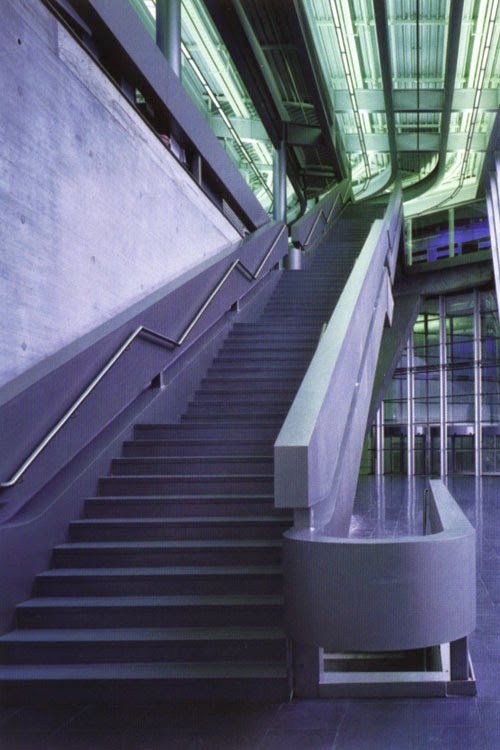 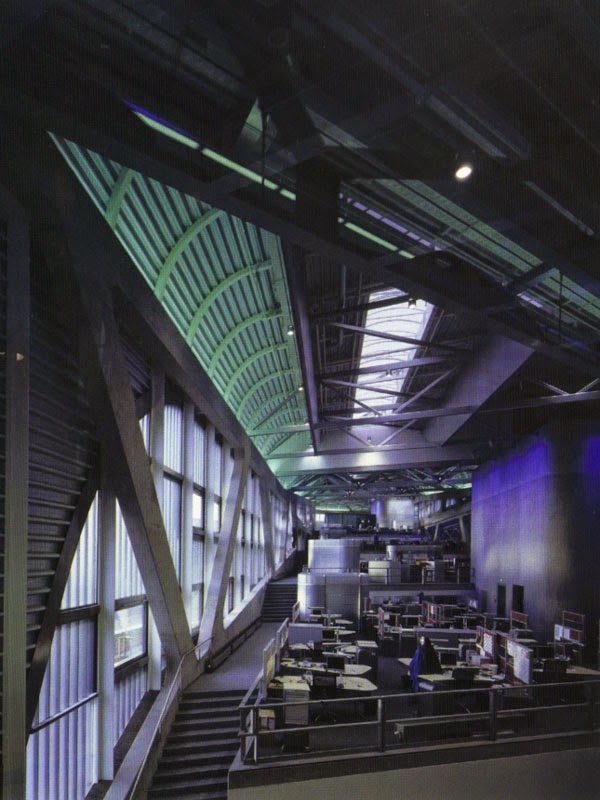 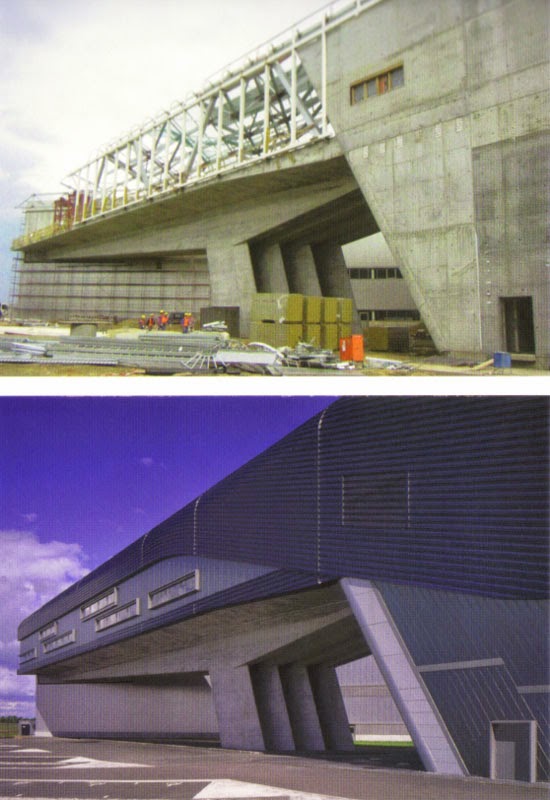 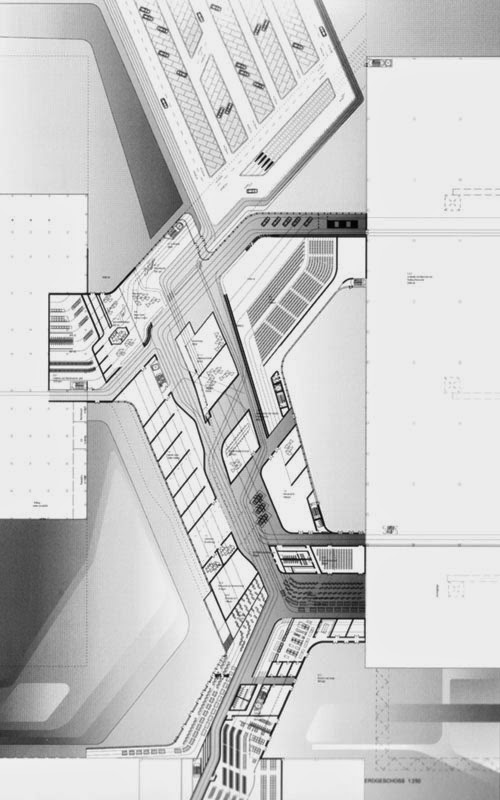 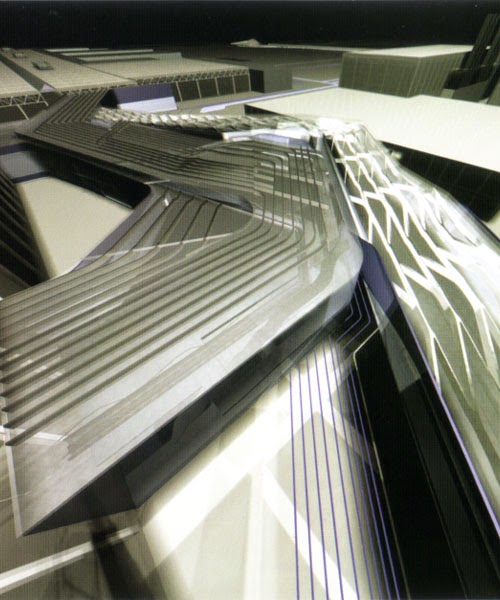 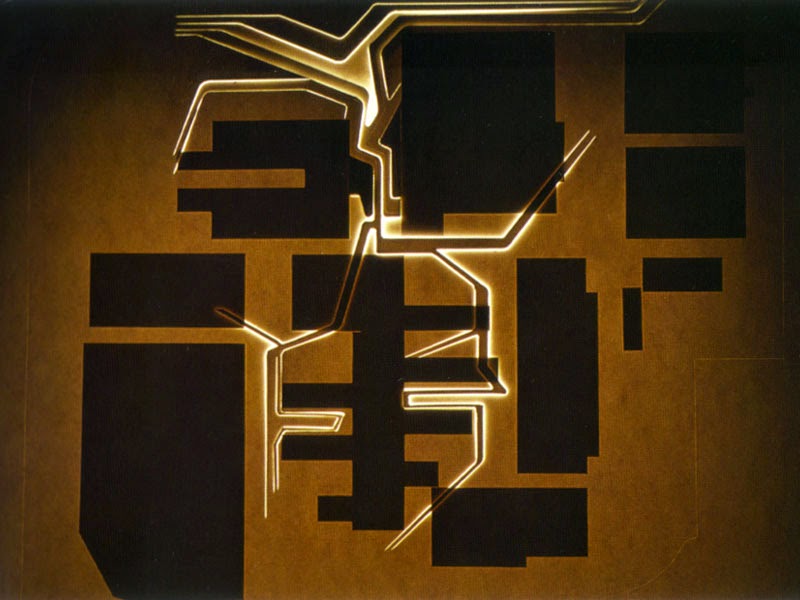