StoryCorps is "a national project to instruct and inspire people to record each others' stories in sound." This is accomplished via permanent and traveling StoryBooths, soundproof recording studios where people can record 40-minute interviews, take home a cd of the interview, and become a part of the StoryCorps archive in the Library of Congress. 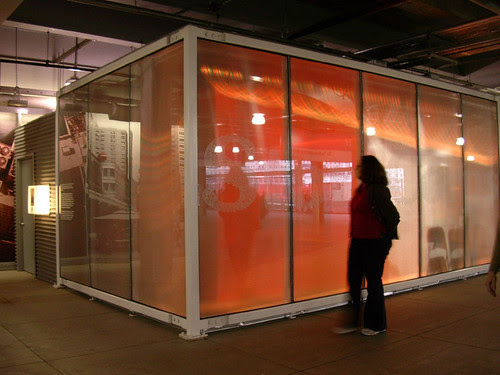 One of these StoryBooths is located in the Path Station at the World Trade Center site. It is situated at the far end of the semi-underground space, calling attention to itself via orange lighting and refractions of that light from the glass walls. Designed by MESH Architectures and MASdesign, the booth's "structural steel tube frame holds Panelite IGU tempered 1/4Â” diameter tubecore panels on three sides, the rear wall and ceiling are skinned with corrugated zinc." 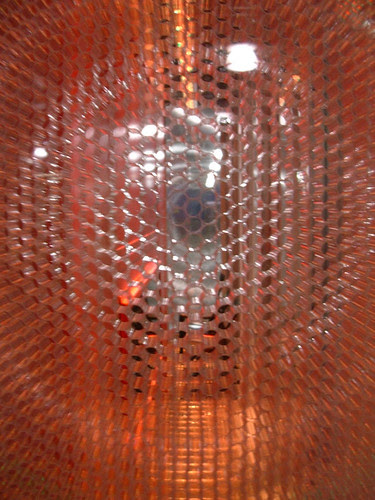 Given that StoryCorps allows people share their personal stories with the greater public, the decision to use the tubecore panels is appropriate. Unlike clear glass or opaque glass, which might reflect ideas of public and private, respectively, this barrier veers between the two, depending on one's location and angle while looking at the booth. The view inside is always slightly obscured, like we're meant to get only a glimpse ... the rest is revealed in the audio itself. 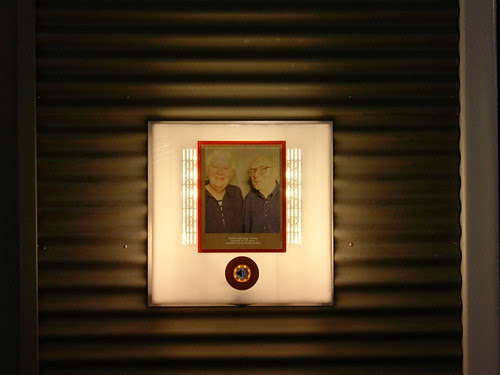 On the walls skinned with corrugated zinc are a few soundbites that people can listen to, via a glowing box (above). Here we get that extra glimpse into the lives of the individuals pictured, specifically in relation to September 11 at the WTC SoundBooth. It's an ambitious project that finds a suitable expression in the simple yet deceptively rich architecture.
Email Post