The Shape of the New

Walking around Soho yesterday, I took a sidestep over to the Bowery to check on the progress of the new home of the New Museum by SANAA. 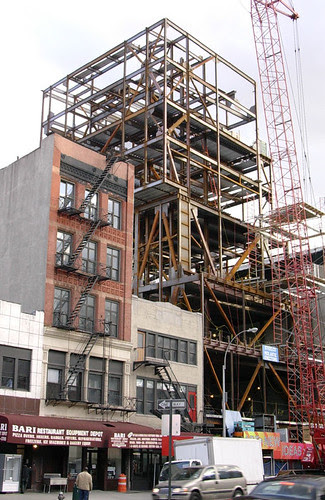 Comparing the view above with a rendering, it appears that one more "bento box" needs to be added before the structural frame is complete. 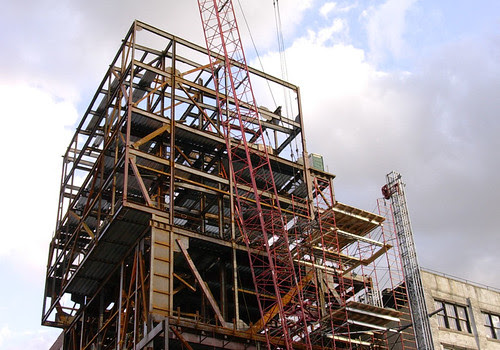 According to the museum, "The New New Museum of Contemporary Art is scheduled to open to the public on the Bowery in late 2007, in conjunction with the institution’s 30th anniversary. In the interim, the Museum occupies a temporary exhibition space at 556 West 22nd Street in Chelsea." 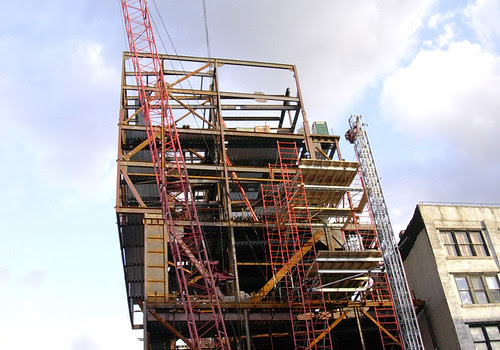