Here's the last batch of photos from my recent class trip to Ecuador. This post focuses on our project's site, the oil town of Lago Agrio in northeastern Ecuador. 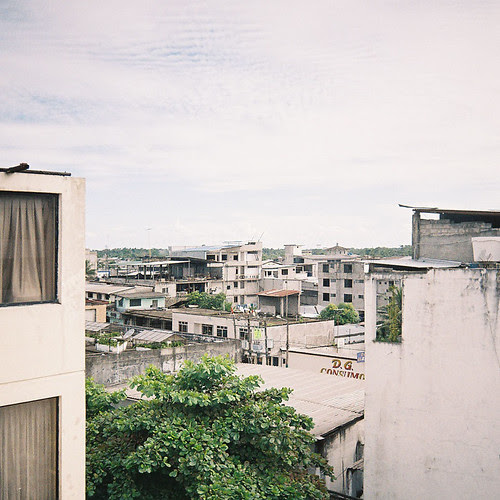 The town is less than forty years old, dating from the discovery of oil in the Amazon region. In that time the area has gone from virgin rainforest (a la Yasuni National Park) to what you see here. Originally called Nueva Loja after the high number of migrants from the country's Loja Province that moved to the town for work, it is now called Lago Agrio after the town of Sour Lake, Texas, home of Texaco, the company responsible for laying the infrastructure for what is now Ecuador's most valuable resource. 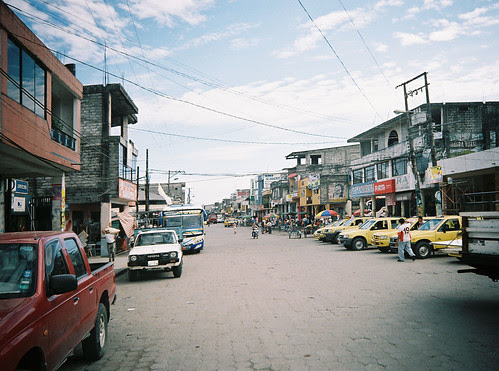 In many sections of Lago Agrio, such as above, the context is virtually non-existent, both out of site and covered over. The town looks and feels like a frontier town, a modern day, South American version of America's Old West. 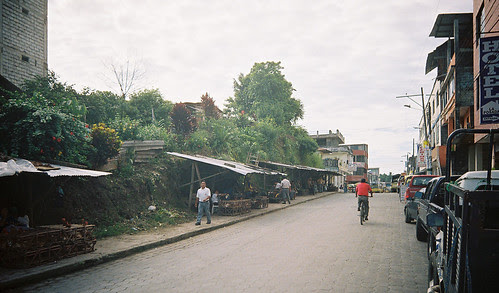 Here's some stalls built into some ground that juts from the earth in the middle of town. This image illustrates how the urban fabric of the city is cut from the rolling rainforest topography.

This is a somewhat typical residence on the edge of town. 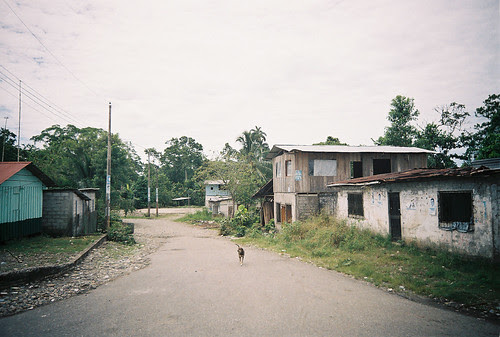 As in other parts of Ecuador dogs roam free. 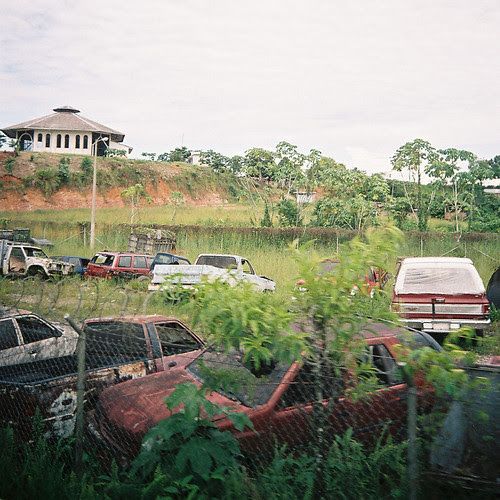 For obvious reasons Lago Agrio has been a controversial place, for Texaco's handling of its practices down there (well below US standards), for the country's exploitation of the Amazon basin for oil, and the unbridled and irresponsible urbanism across the rainforest landscape. 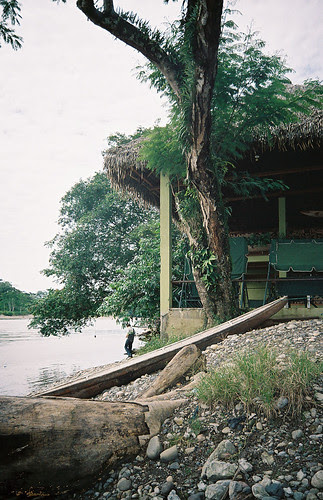 Here the town meets the Aguarico River, which flows into the Amazon. Regardless of its positive attributes, most of the town is miles from the river because it's centered about where oil was found. Visible above is a small nightlife area (called the tourist section by our local guides) that abuts the river. 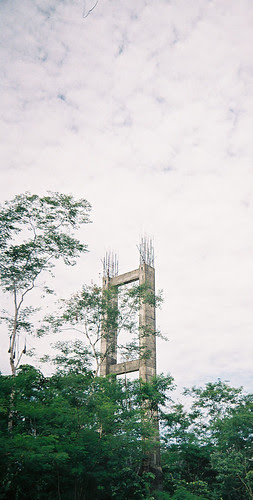 Expansion towards and across the river was planned at one time, but as you can see here with this unfinished section of bridge it was stalled by economical, political, and other factors. 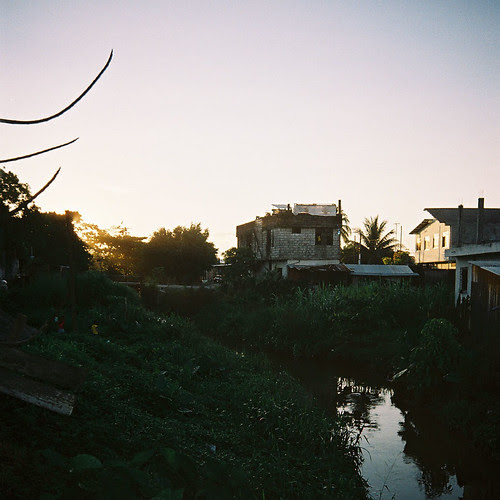 The town itself is a hodge-podge of concrete-frame and wood and tin roof buildings, thrown up in a haphazard and informal manner. Here buildings fail to responsible address a stream that runs through most of town. This stream is unfortunately used for dumping all sorts of waste.

The town has made strides towards providing public infrastructure, including sewer lines, electrification, and places like this public park. 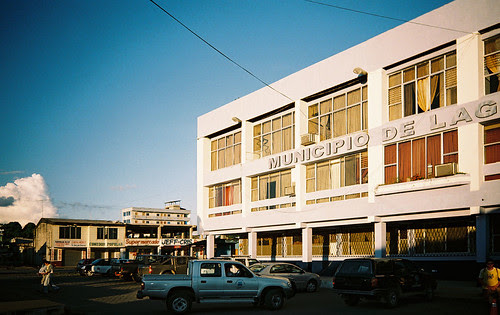 We presented our (in-progress) sustainable plan for Lago Agrio's (post-oil) future to the municipal government. They were surprisingly receptive. 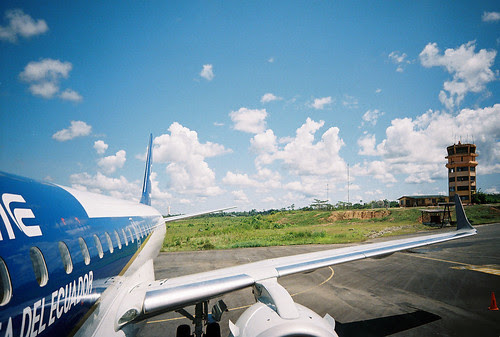 Yes, there's an airport in the rainforest and it has one flight a day. Thirty minutes after take-off we were in Quito and the last days of our trip.
Email Post