As I type this, a movie is being shot a block from my apartment. It's obvious from the typical signs: trucks line the whole length of one side of the street; cones block access to thru traffic; cops stand around doing nothing; lights illuminate the night. This last one is what intrigues me the most about the presence of Hollywood in Astoria, Queens. 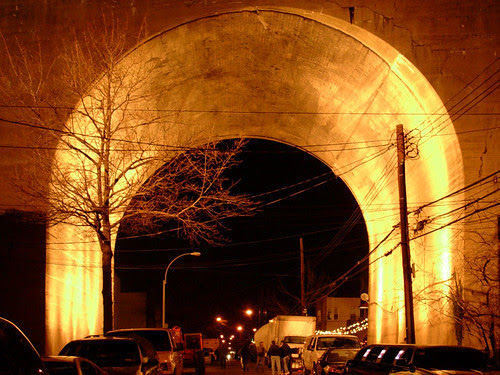 The street I live on runs under Hell Gate Bridge, the lengthy railroad corridor that runs through Astoria and roughly parallels the Triborough Bridge about three blocks to the south. For whatever reason, the filmmakers have lit up the underside of the bridge, a concrete barrel vault that's an impressive presence (something I'm guessing they were drawn to) even without the lights. The strong uplights might be required because of film's relatively low light sensitivity (compared to the human eye), but to me it points to Hollywood's tendency to exaggerate. 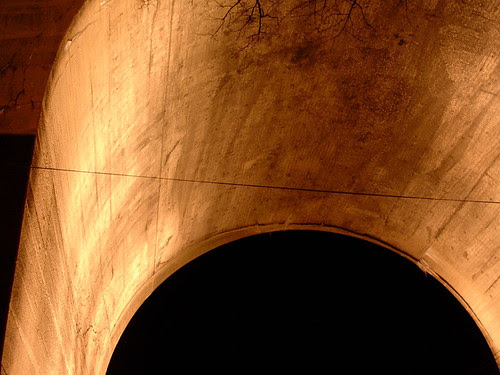 What intrigues me the most, though, is how Hollywood actually presents a place. Watching a movie that's shot on location, a certain level of authenticity comes across, making the story more believable to us. But is it an accurate representation of the place? Is it really authentic? If the film down the street from my apartment is any indication, the answer is no. While the exaggerated lighting doesn't necessarily lie, the overhaul of an adjacent building (unfortunately I didn't get a good photo of it) obviously does. 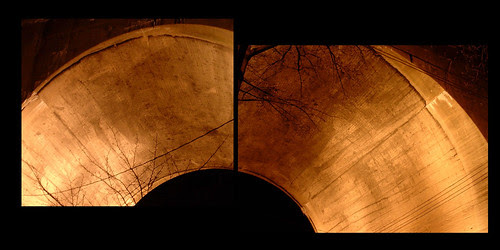 What the filmmakers have done to the adjacent building is change it from a home for a Greek organization (Astoria is VERY Greek and littered with Greek restaurants, stores, businesses, etc.) to a home for what appeared to be an Indian organization of some sort. Numerous extras and actors milled about in what I'm guessing was traditional dress. I have no idea how all this fits into the film's narrative, but what the filmmakers are ultimately doing is using the location for its formal attributes, and then going not one (the lighting) but two steps further by modifying that formality to fit the story. In other words, they're treating a real place like a studio or stage set and using it as a canvas for manipulation. 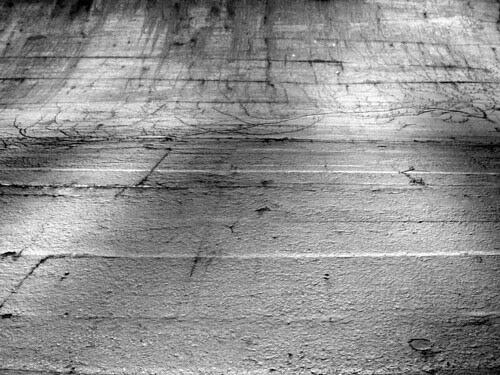 Nevertheless I was extremely pleased to see the lights under the Hell Gate Bridge and couldn't resist taking these photos.
Email Post