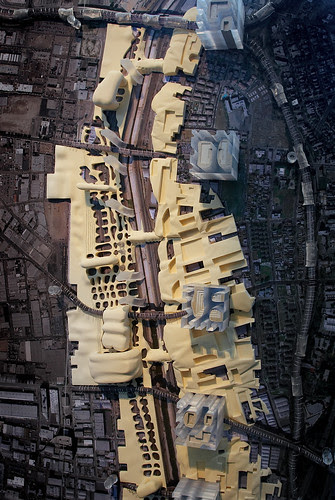 According to the History Channel, "The winning City of the Future designs from New York, Chicago and Los Angeles will continue on to the national online competition where you, the viewer, will decide who will be named the national grand prize winner! Starting January 2, design-legend and chief juror Daniel Libeskind will lead the consumer vote."

:: Join and add photos to the archidose pool, and/or
:: Tag your photos archidose