Another weekly dose and another Pratt building, the Juliana Curran Terian Design Center by hanrahanMeyers is an entrance hall fitted between the existing Pratt Studios and Stueben Hall. 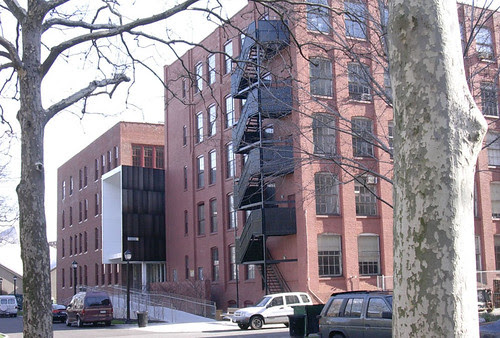 The small project nevertheless makes a strong impact on the campus via a projecting, stainless-steel-clad gallery above the entry. This piece stands in stark contrast to the neighbors it knits, both in material and form, yet it appears to belong there, much more than the exterior exit stairs on the corner. 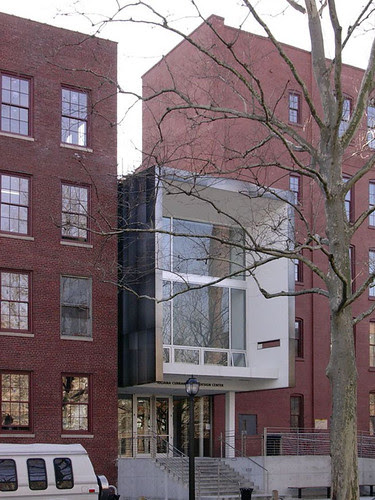 The slight kink of projection in plan seems to acknowledge that asymmetrical condition of its location between the two buildings and the quadrangle it projects towards. Although I don't know the background of the school's plan, the quad appears to be an afterthought rather than a planned move. Many of the older buildings turn their backs to the space, addressing the surrounding streets instead. This addition seems to acknowledge a more introverted condition as the school grows and creates a stronger campus identity. 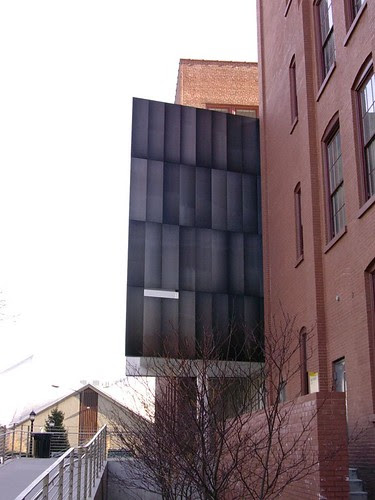 Unfortunately on this visit, access to the interior was limited to the lobby. A trek upstairs or into the neighbors required a student ID. 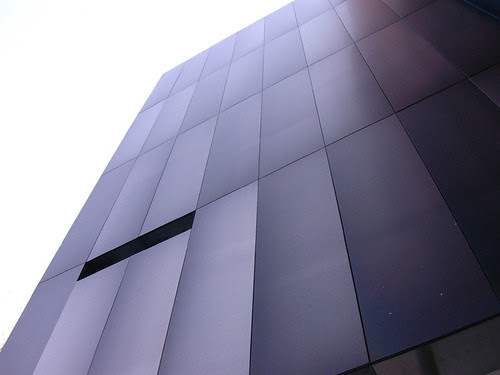 Directions:
The school can be reached by the 4, 5 to Fulton Street; the A,C to Hoyt-Schermerhorn; the G to Clinton-Washington. The building is on Dekalb at Grand Avenue.