Here we present two footbridges, a winner and a commendation from 2006's AR Awards for Emerging Architecture. 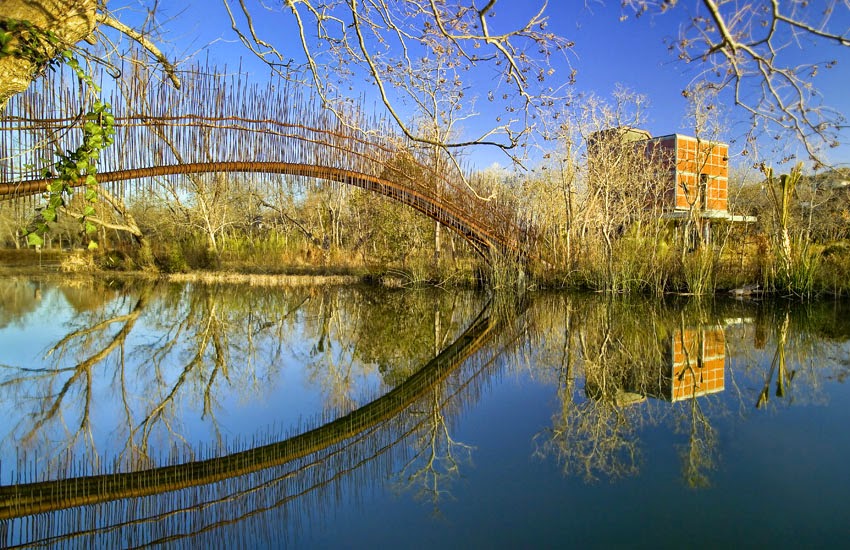 To connect a house to a guest house of their design in Austin, Texas, Miró Rivera Architects designed a pedestrian footbridge that takes its cues from its natural context. The bridge uses 5" diameter pipes for its 80' span, with 1/2" diameter bars acting as decking and guardrails. The bars are bent up and down, each ending at irregular heights to respond to the reeds growing naturally on the site. A handrail is simply a piece of rope that follows another small section of pipe along its length.

In addition to the AR Award, both the bridge and guest house were also recipients of 2006 Honor and Design Awards from the AIA - Austin Chapter. The AIA also awarded the bridge a 2006 Small Project Award. Regardless of all the praise, the bridge is obviously appealing, owing much of it to the fact it's a private commission and can achieve a design with such minimal decking, or what the AR Awards say, "looks enjoyably risky to use." It is also a bridge that will age naturally along with its surroundings, as the architects chose to leave the surfaces unfinished. 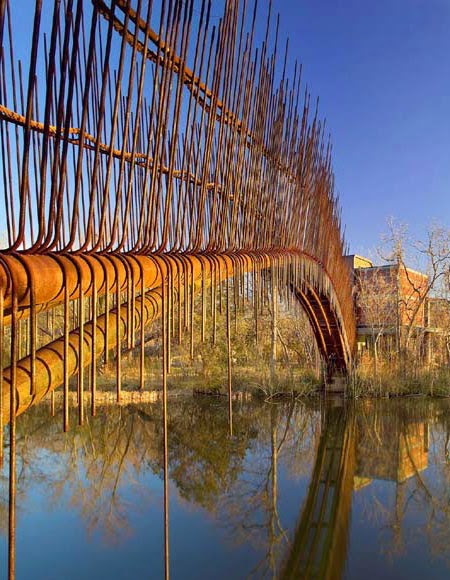 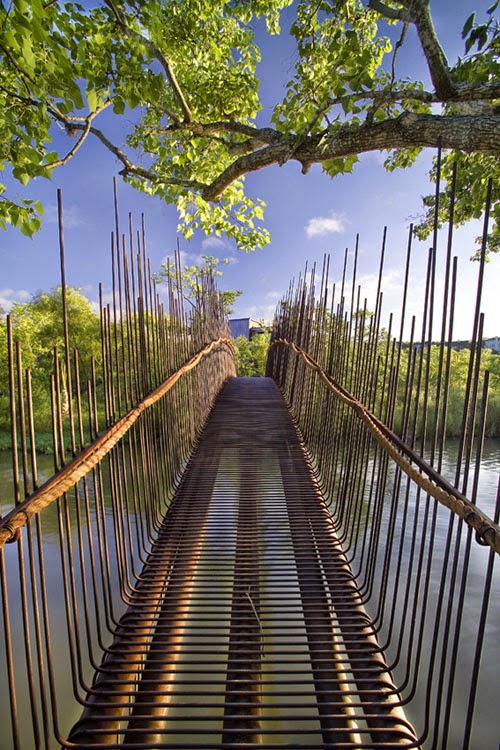 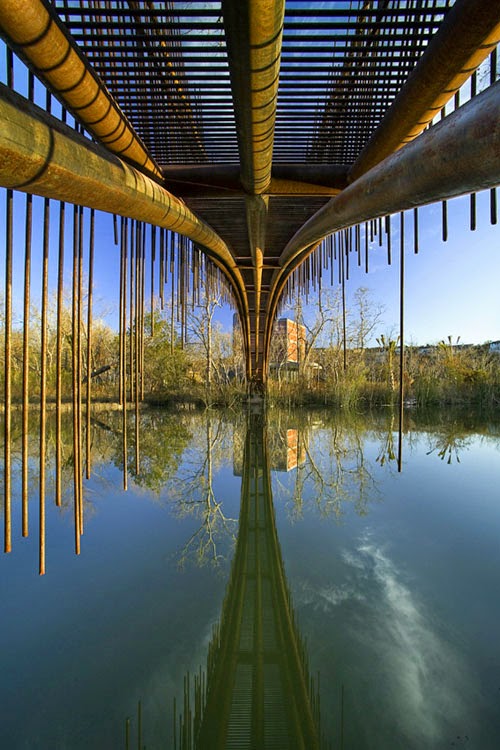 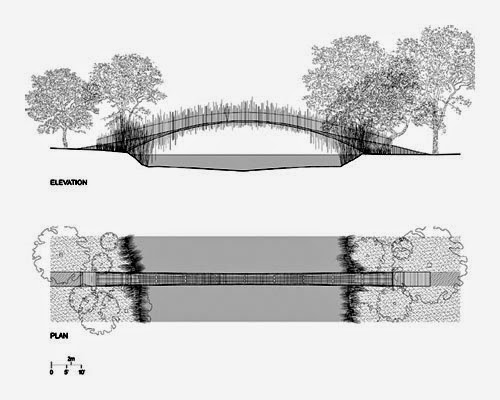 The second footbridge is the restoration of the Pont Trencat (literally the Broken Bridge) that links Sant Celoni and Santa Maria de Palautordera (who both raised funds for the restoration) north of Barcelona. One span of the two-arch bridge was destroyed in 1811 during the Napoleonic Wars. Architect and civil engineer Xavier Font determined during the research phase of the project that the bridge dates from the 15th century. Given that the original shape of the missing piece could not be determined, it was decided to restore the bridge rather than reconstruct it, contrasting the new with the old.

Another important decision was to make the reconstruction for pedestrians only, an easy choice given the construction of a 19th century bridge down the River Tordera that is now used for cars. The corten steel addition is comprised of a hollow box arch spanning 24 meters (75 feet) and a box girder deck that spans across the old stone bridge. Openings in the deck give glimpses to pedestrians of the stone below. The AR Award jury praised the way the "present engages in a vigorous and stimulating dialogue with the past." 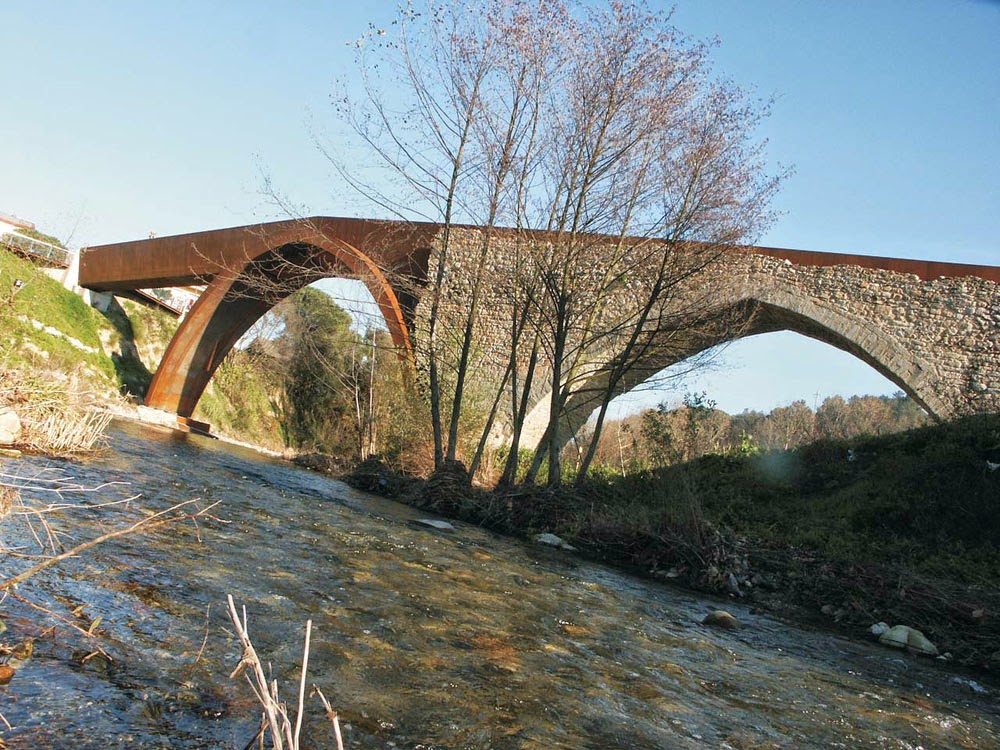 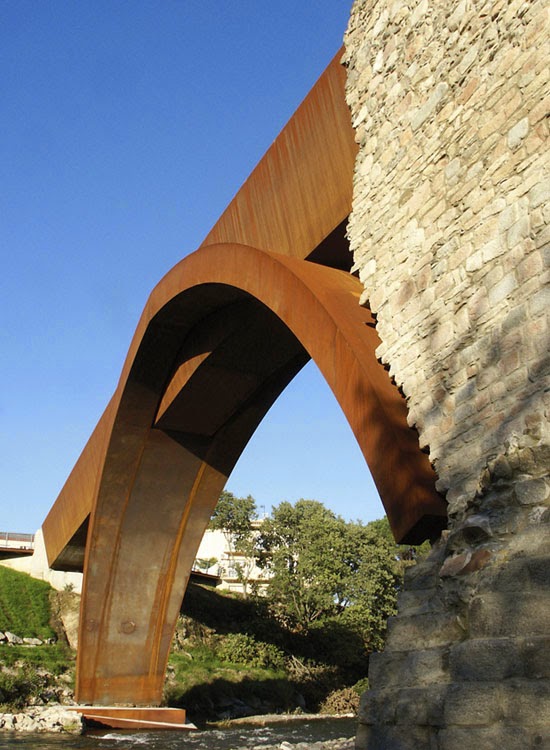 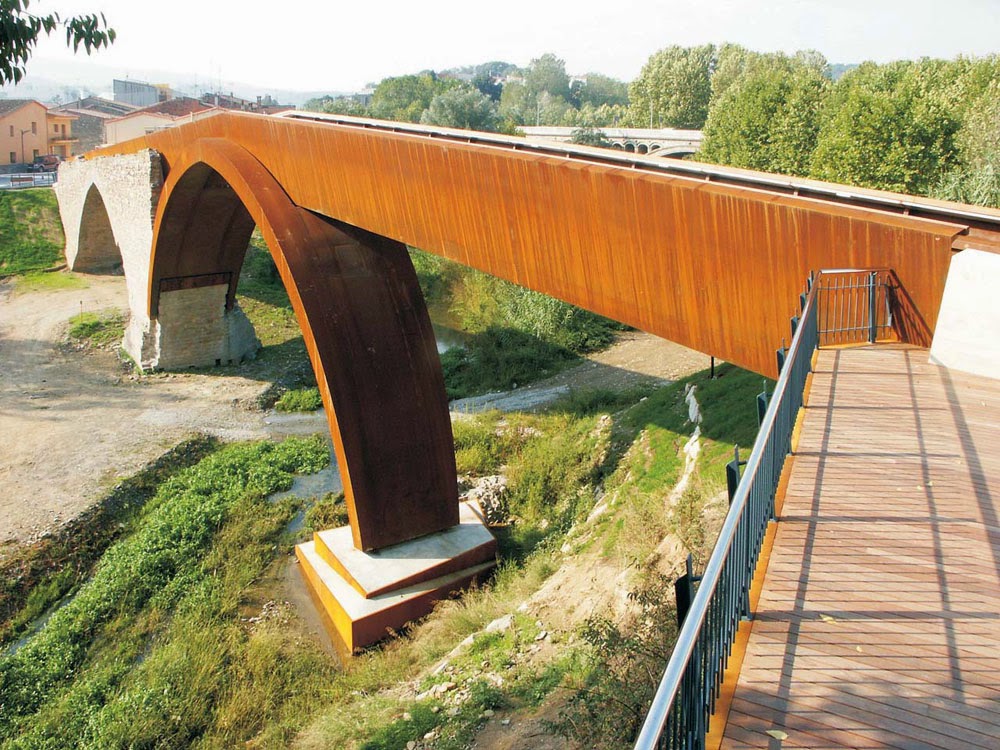 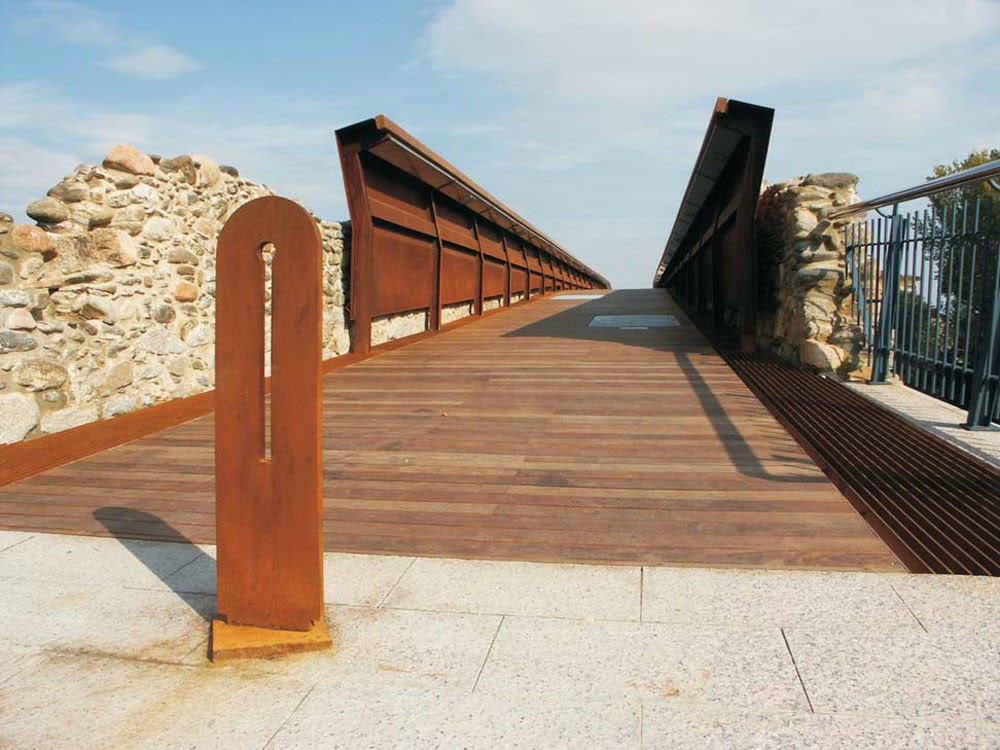 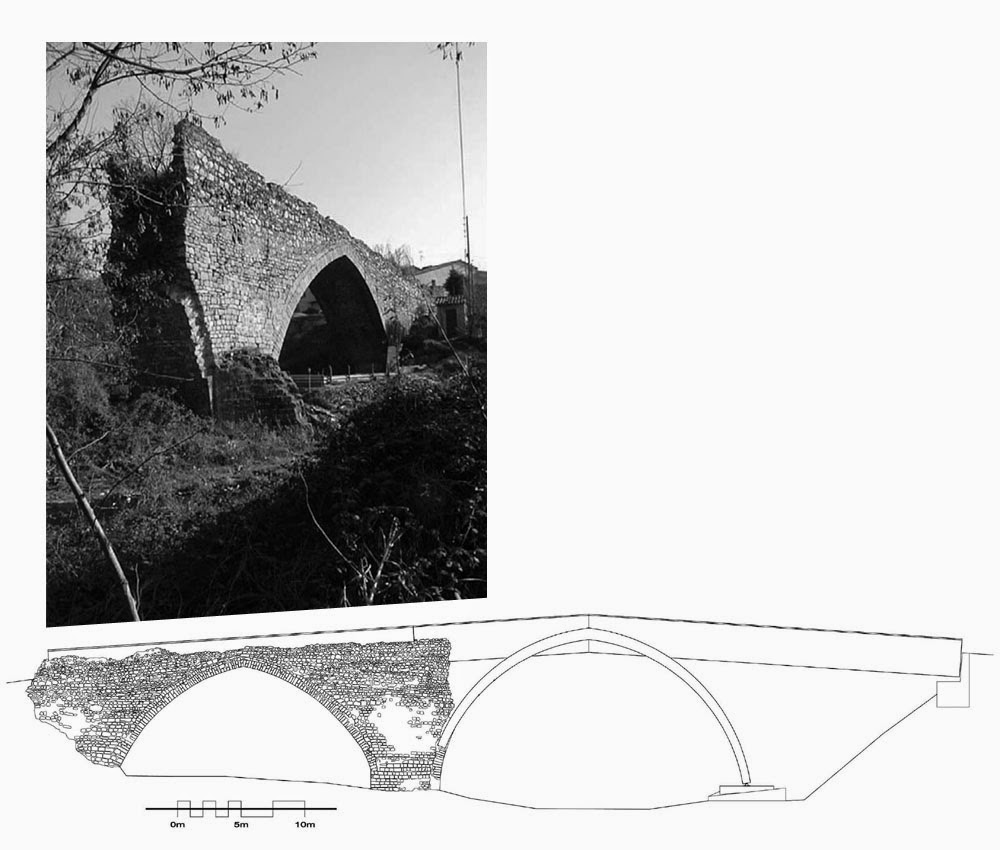