So far this year Archinect has posted nine features on its page, a staggering number when one also realizes that only two were posted last year by this time. Of course quantity doesn't mean much if quality is lacking, something the editors don't have to worry about, with a wide-range of what are mostly very thoughtful interviews with upstarts and lesser-known individuals, as well as one catching the Second Life bandwagon.

Naturally, for a voracious reader like me the two-part feature Reading the CNY (Chinese New Year) is the best of the bunch. As much as I'd love to put together my own list here, my schedule just won't allow that sort of free time, so below I've extracted my favorite reads and ones I'd love to read, with quotes from the editor that chose it, a link to their list, and a brief comment of my own; I tried to grab one book from each editor's list but that might not have worked in all cases. 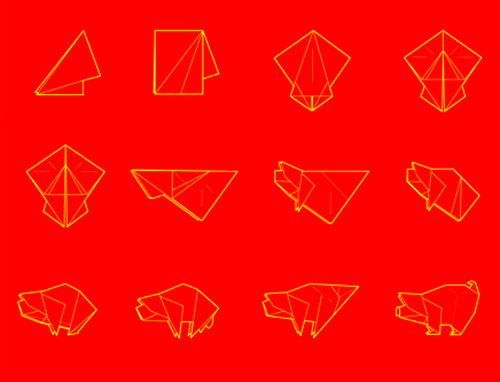 In no particular order:

Bow-wow from Post Bubble City
"Atelier Bow-Wow. INAX Publishing, 2006.
On the heels of the genius of Made in Tokyo and Pet Architecture, the Bow-wowers this time offer a monograph of their own work demonstrating what they have learned from Tokyo. The book is divided into twelve sections with brief self-interviews serving as thematic introductions to each. The work is thoughtful and restrained, making this Bow-wow book wow yippy yo yippy yeah." [ed. - I loved the two previous Bow-wowers, too, and even though a friend gave me this a gift I've yet to read it; looks great, though.]

Landscape Urbanism Reader
Charles Waldheim, Princeton Architectural Press, 2006
"Circulating between high lines, fresh kills, and waterfronts is an emergent collective of designers and thinkers chronicling a landscape revolution. Landscape Architecture has joined forces with its former nemesis, Urbanism, to generate a seductive elixir for the city’s eager desire for reclamation, brownfielding, and landscape tourism. This Reader compiles 14 authors in search of an emerging choreographed urban field." [ed. - Another book I own but have yet to read, minus Graham Shane's essay for his class.]

Mediterranean In The Ancient World
Fernand Braudel. Penguin Books, 2002.
"A great history book I read on and off." [ed. - I found both volumes used in a bookstore, though I've yet to crack them. Perhaps on and off should be my strategy for tackling Braudel's weighty history.]

Land Art: A Cultural Ecology Handbook
Max Andrews. The RSA and Arts Council England, 2006.
"A book that launched with the RSA's No Way Back? conference, this book reaches 'beyond environmentalism,' to take a critical approach to the ways that art can operate in relation to the global debates of ecology, geography, economics and globalization. The most compelling essay examines contemporary projects, including those of The Center for Land Use Interpretation, in relation to the dialogue opened by Robert Smithson in terms of site, non-site and territory. Related: a new publication from The Cape Farewell Project, a series of expeditions that bring artists, scientists and educators to the Arctic to raise awareness of climate change." [ed. - This looks like a great companion to Landscape Urbanism, above.]

Earth: An Intimate History
Richard Fortey. Vintage, 2005.
"For some reason I wasn’t interested in reading this book at all – but then I couldn’t put it down. It’s a geological tour of the earth’s surface, including those strange and unimaginable subterranean pressures that torque, fold, mutate, bend, and shatter the ground we stand on. The American paperback edition is terrifically designed & printed. Really great, frankly, if you have even the slightest interest in geology or landscape." [ed. - Sounds like BLDGBLOG in print form.]

Future Anterior, Journal of Historic Preservation
Jorge Otero-Pailos, Founder and Director. GSAPP, Columbia University.
"Great time every few months when I get my copy of Future Anterior in the post, which is at the forefront of theory on preservation, but most of the issues are also up on on the web as PDF's for y'all. Simply, where else would I have learned about prophylactic preservation?" [ed. - In another life, I'm a historic preservationist.]

Mountain Man Dance Moves: The McSweeney's Book of Lists
McSweeney's. Vintage, 2006.
"Unleash the urban planner within by reading "Things This City Was Built On, Besides Rock 'n' Roll" or spice up your next crit with some fodder from "Adjectives Rarely Used by Wine Tasters." In typical McSweeney's fashion, this book presents a completely random assortment of lists which will almost certainly provide no practical benefit whatsoever (except a lot of laughter)." [ed. - These things crack me up when I look them over a couple times a year.]

Guide To Contemporary Architecture In America: Vol. 1 Western U.S.A.
Masayuki Fuchigami. Toto, 2005.
"Please, please, please before you spend your money on a trip to some far-flung country, get in your car and drive (or take a train or bus)! If you live in the US drive to the Grand Canyon, to Toledo, to Denver, anywhere! If you live elsewhere, drive to the interesting, out-of-the-way places that your own home turf provides. It's easy to see the greener grass elsewhere, but America does have some pretty fantastic things to see between NY and LA, and this guide book is a great way to see them." [ed. - I'm really looking forward to volume 2.]

A+U No. 428: Implementing Architecture
Moshen Mostafavi and Mason White. A+U Publishing, 2006.
"Edited and assembled by Archinect’s own Mason White, an in-depth exploration of the realities of architectural practice. By focusing on project architects, this volume is a refreshingly honest dissertation on how buildings get built and how field decisions get made - minus the clutter of theory. Taken together, the essays can be seen as one complete narrative, culminating in a revealing essay by Prince-Ramus on the Seattle Public Library where he sidesteps the question of his role as project architect altogether by espousing the death of authorship. Also included are essays on the history of architectural education at Cornell. This volume should be required reading."

Variations on a Theme Park
Michael Sorkin. The Noonday Press, 1992.
"I picked this up for $7.50 at a used bookstore in Wicker Park (Chicago) over the holiday break. Although 15 years old, many of these essays (by the likes of Margaret Crawford, Mike Davis, and others) still apply, perhaps now more than when they were initially published." [ed. - I've read about half of these essays and definitely agree that they're relevant today.]

Thinking Architecture
Peter Zumthor. Birkhäuser, 2006.
"Here's an excerpt from my favorite portion of the book, perhaps the most telling of his thoughts on architecture, as compared to the thoughts and preoccupations of many others:
'The world is full of signs and information, which stand for things that no one fully understands...Yet the real thing remains hidden...Nevertheless, I am convinced that real things do exist, however endangered they may be...objects, made by man...which are what they are, which are not mere vehicles for an artistic message, and whose presence is self-evident.'" [ed. - I've been known to excerpt myself, but only from the best.]

Heidegger's Hut
Adam Sharr. MIT Press, 2006.
"An interesting and detailed analysis on the philosopher and his place. Chalk full of images concerning the man and his hut. Sharr even went as far to produce models and architectural drawings. Can seem overly technical at times, but for me definitely shed a new light on what building, dwelling, and thinking was all about."[ed. - Anything that helps explain Heidegger's ideas is good in my book.]