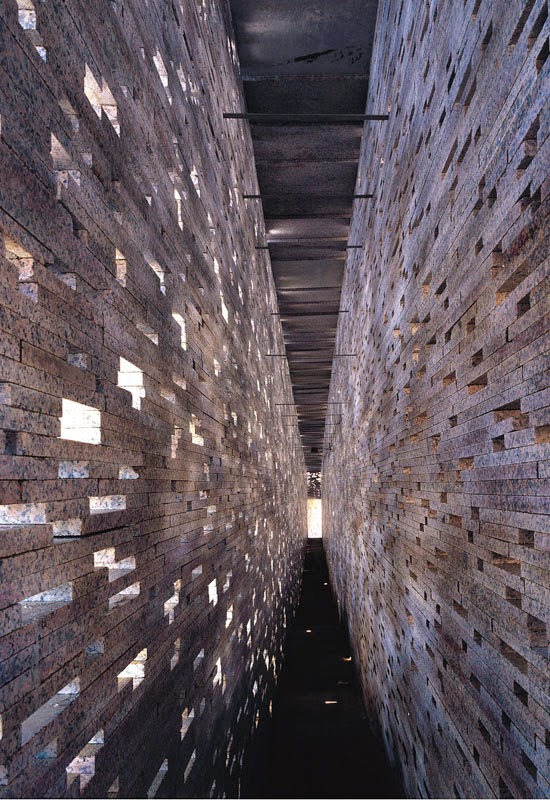 A 19th-century earthquake destroyed a large section of the Nazarí wall in Granada, Spain. This void was intact until only last year when Antonio Jiménez Torrecillas's design for an intervention in the wall was completed. Visible from Granada's most famous locale, the Alhambra, the new intervention is a skilled balance of old and new, stitching together something long neglected.

While local and national heritage regulations gave the architect the freedom to design an addition that is easily identifiable as such, they also dictated that the new wall be capable of demolition in the future without damaging the original construction. With the old foundation still in place, this required designing special foundations that kept the old ones and designing a wall that is stable but also demountable. The architect chose granite slabs to accomplish the last, dry stacking them in a manner that creates interest both inside and out.

Two small openings on either side of the 40 meter (130 foot) wall allow access from one side of the wall to the other, via a narrow passageway between the two stacked granite walls. This surprising gap was influenced by "old military fortifications, the spirit of secret passageways and night patrols." Torrecillas wanted visitors "to negotiate a world of light and darkness that is a part of the myth of underground Granada." Combined with the numerous apertures in the two walls, this space captures something of that essence without immediately recalling any specific historical form.

The intervention in Nazarí wall is but one piece of the larger design. It also includes the preservation of the landscape surrounding the area -- seen as a buffer for continued urban development -- and the restoration of the nearby chapel of San Miguel Alto. Lastly, site work includes paving refurbishment and a new staircase parallel to the wall itself. This last, along with the access through the new wall, points to how the wall -- long seen as something that separates -- here connects places and times.

(Thanks to Eric M. for the heads up.) 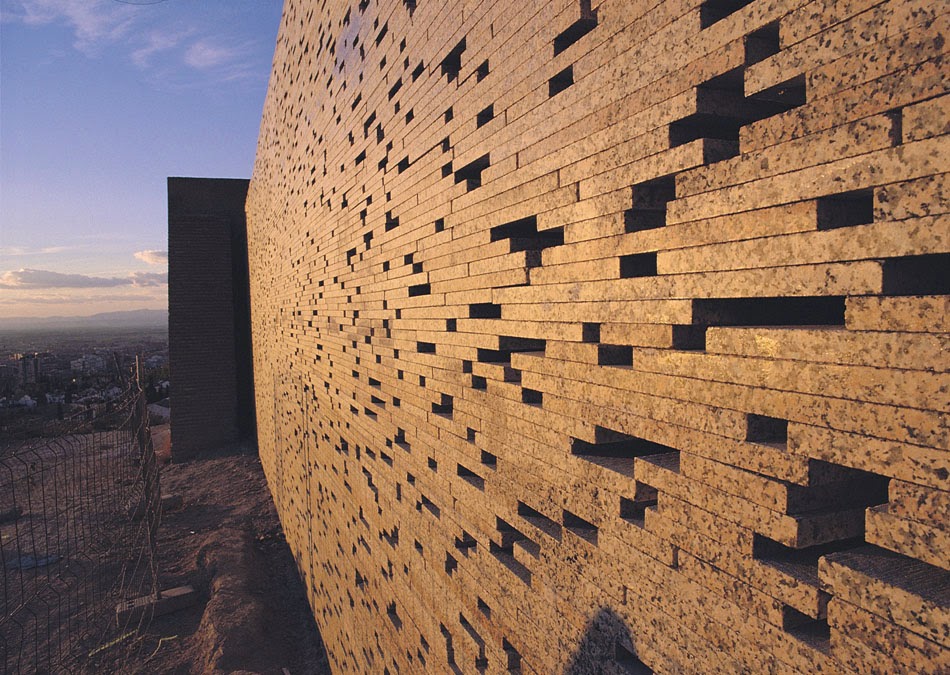 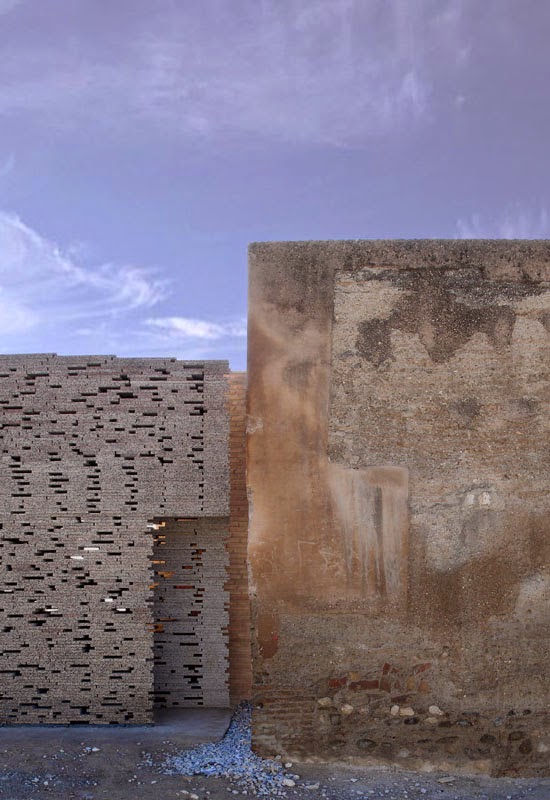 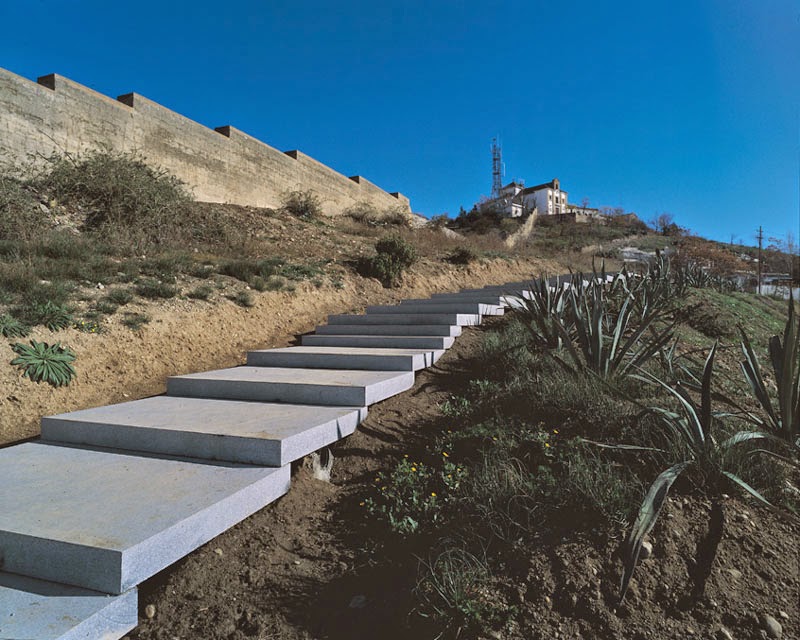 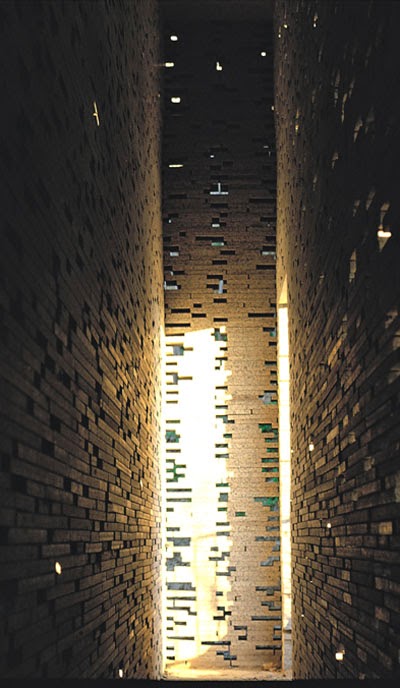 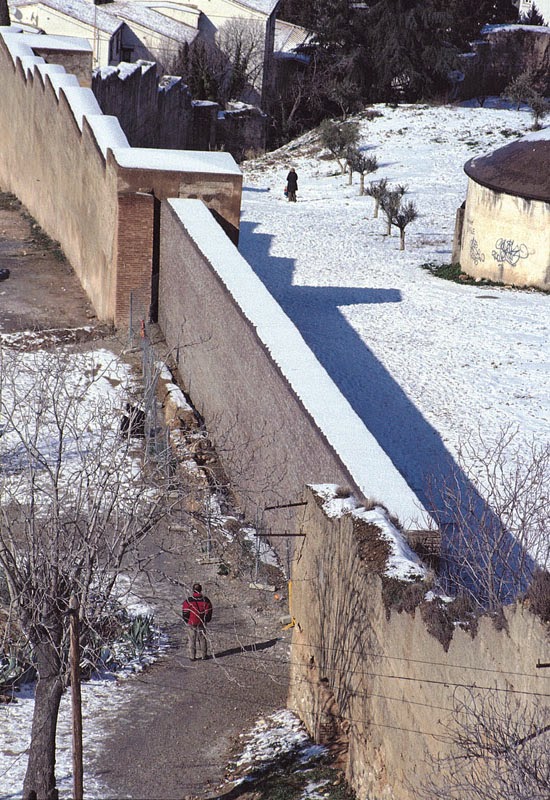 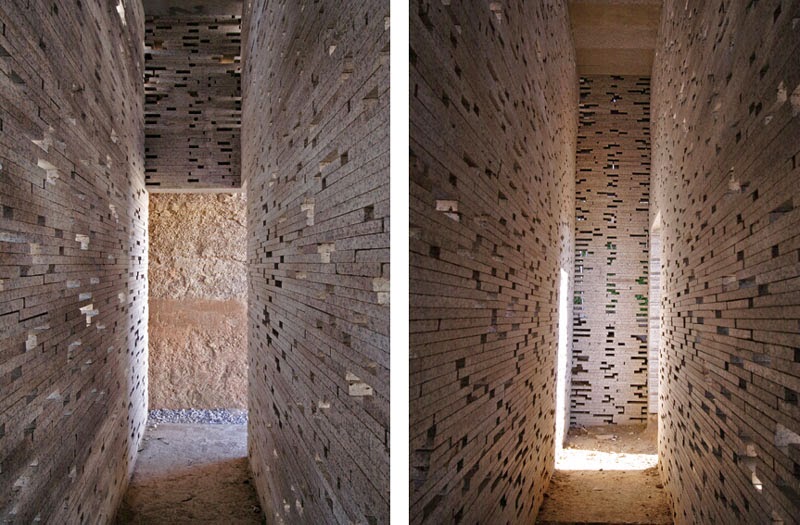 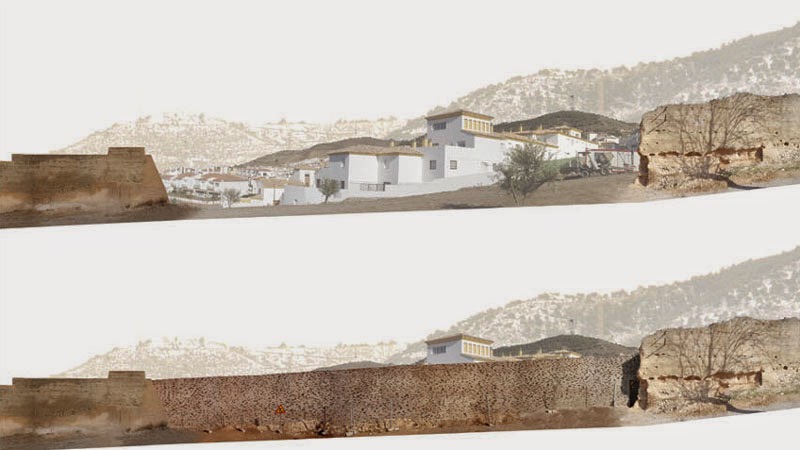 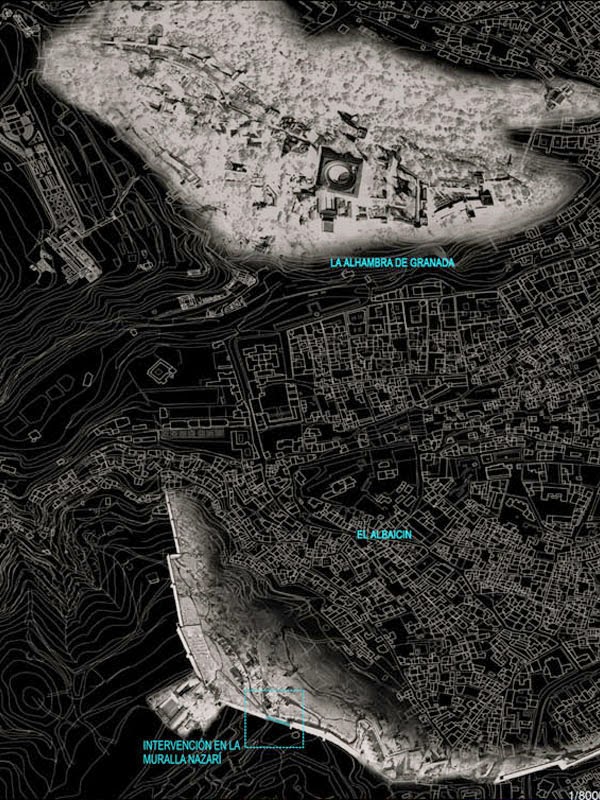 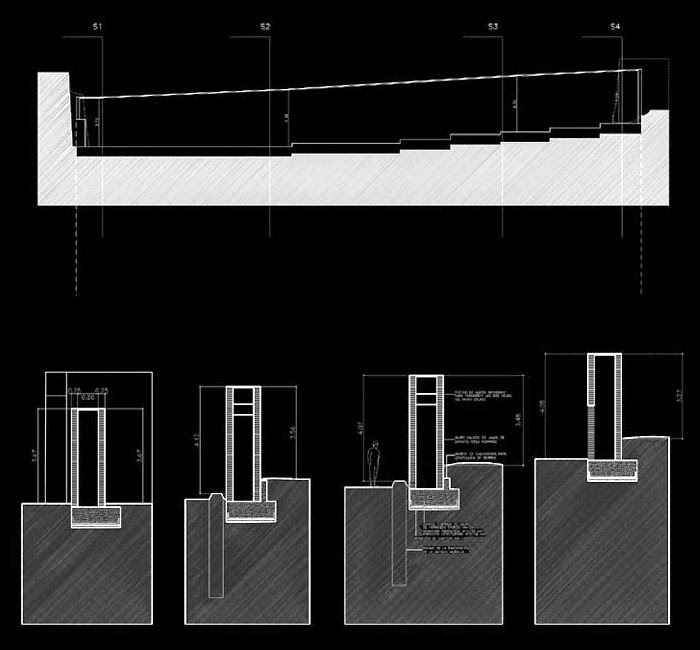