Yesterday afternoon I took a break from the four projects that will soon bring my year of graduate school to a conclusion, in order to take in the Maison Tropicale by Jean Prouvé, currently sitting next to the Queensborough Bridge in Long Island City. The prefabricated house was designed for mass production in Niger, Africa, but only three were built. This one will be auctioned on June 5 and is expected to nab $6 million, $2 million more than the nearby, landmarked Steinway Mansion. Go figure. 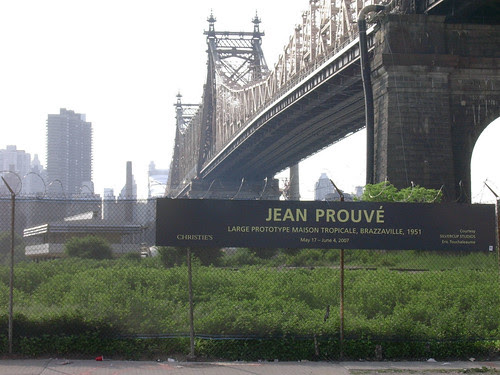 The house sits on the future site of Silvercup West, a large-scale, mixed-use development designed by Richard Rogers. 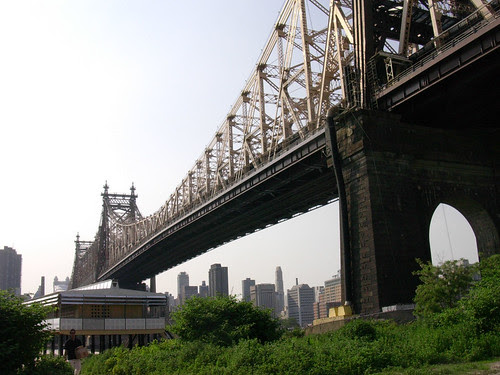 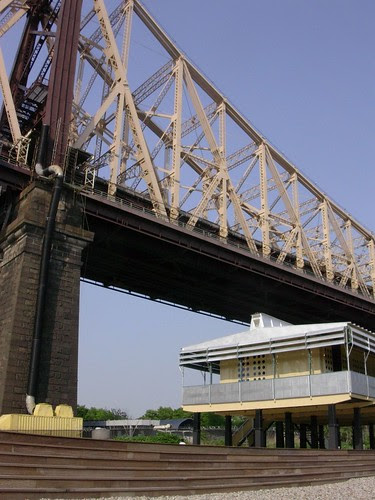 Perhaps the bridge is accommodating. Perhaps the house requires something bigger than itself. Whatever the reason, it's impossible to take in the house without acknowledging the bridge... 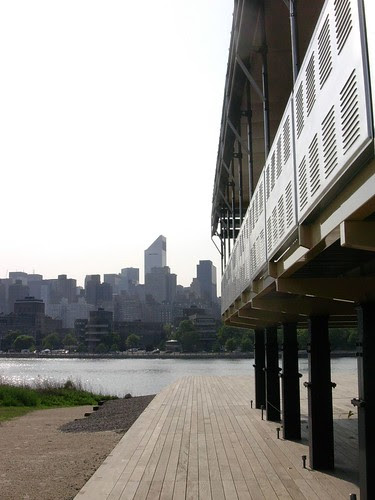 ...or the skyline, something the new owner won't get for $6 million. 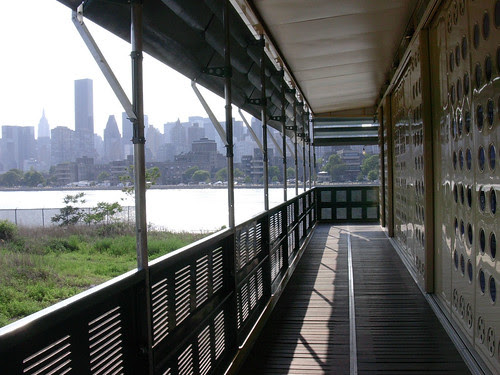 The house is an amazing thing. It is a great example of vernacular design executed with modern materials, in this case wood and lots and lots of metal. 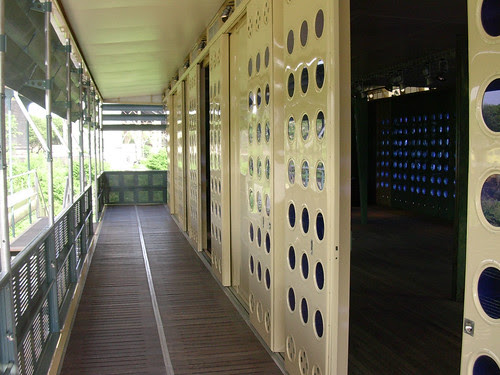 The single, large space is surrounded by a walkway that provides shade, though when the sun hits the sliding panels the circles' soft blue glow makes for a great interior space. Operable circles above and below the blue grid allow for air movement across this interior space when the doors are closed, as do the louvered railings and the sun shades. 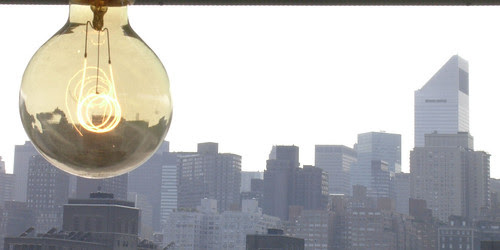 The way each material and surface is subservient to its intended context makes the sale of the house a bit suspect, like it will become a part of some art collection, rather than a functional piece of architecture, as intended. Regardless, it offers lessons for architects striving to increase comfort while reducing energy consumption.
Email Post