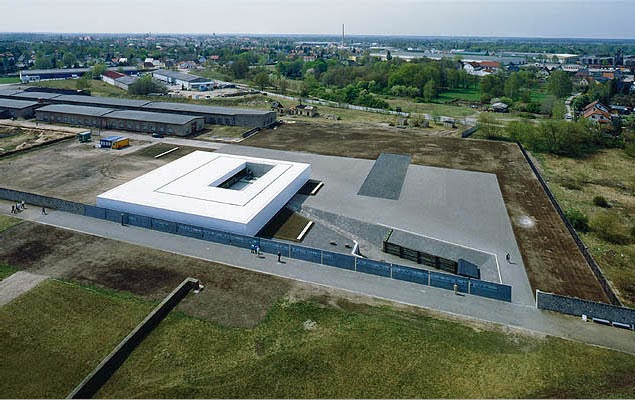 Featured here is a recipient a 2007 International Architecture Award of the Chicago Athaneum Museum of Architecture and Design, the Sachsenhausen Memorial in Oranienburg, Germany, by HG Merz Architekten Museumsgestalter. The memorial is one of many -- the most well-known in recent years being the Memorial to the Murdered Jews of Europe by Peter Eisenman -- where Germany confronts its horrific past and communicates this history to visitors.

Unlike the memorial in Berlin, the nearby Sachsenhausen Memorial is situated on the site of a concentration camp, where 200,000 people were imprisoned in the camp between 1936 and 1945. After a brief period where the site was used as a Soviet special camp, a memorial was instituted in 1961. Intended to symbolize the "victory of anti-fascism over fascism," the memorial utilized the remaining original buildings, restored to allow them to be used for permanent exhibitions.

In 1998, a competition was held for a museum and information center at the memorial, won by HG Merz. According to the architect, "it aims to make the harrowing reality of the camp tangible, and to illustrate totalitarian geometry, without engulfing visitors in information, and instead enabling them to arrive at their own conclusions...it provides a fitting and dignified memorial that encourages intense reflection." This description mirrors the prevailing minimalism of memorials, from Maya Lin's Vietnam Veteran's Memorial to Daniel Libeskind's empty Jewish Museum in Berlin.

At Sachsenhausen, visitors follow a route through a gap in a long wall, to an expansive plaza, and into a courtyard open to the sky. Adjacent to this space are the old furnaces, covered by translucent panels that protect them from the elements while standing in stark contrast to the ruins they enshroud. This is what sets this memorial apart from others; instead of referring to history via its own minimalism and/or exhibitions, this memorial refers to history via a juxtaposition with the past. In a way it makes the minimalism of the design excusable, and perhaps more profound. 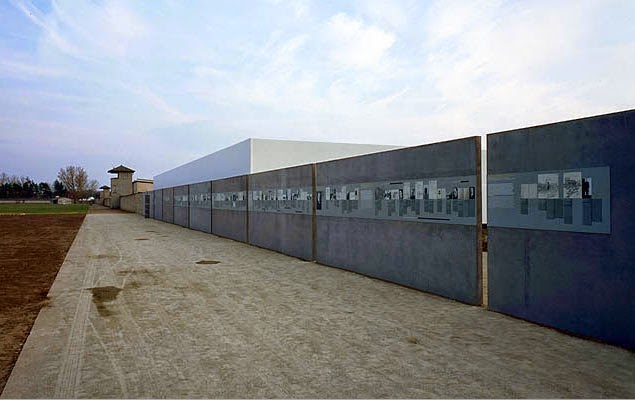 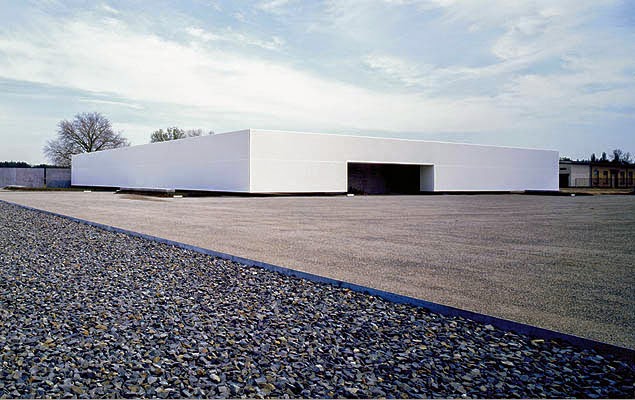 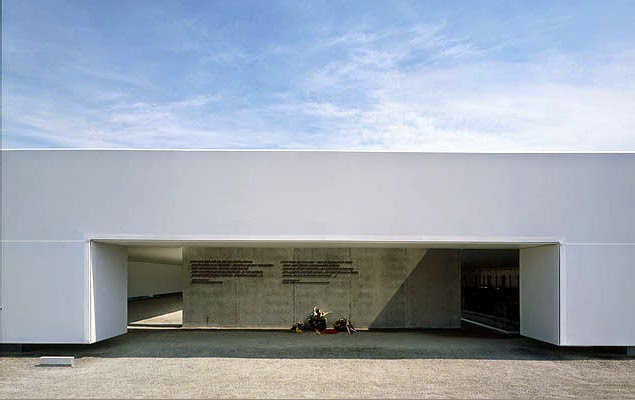 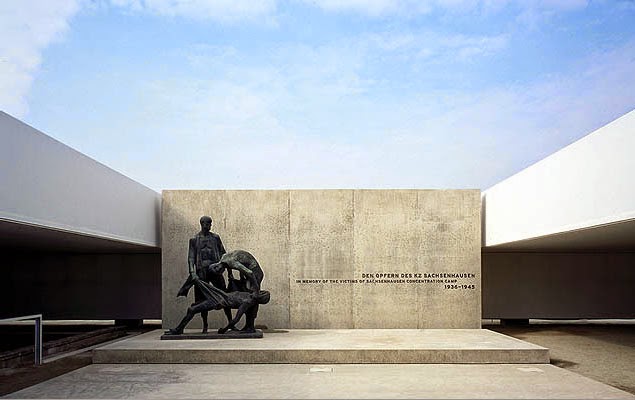 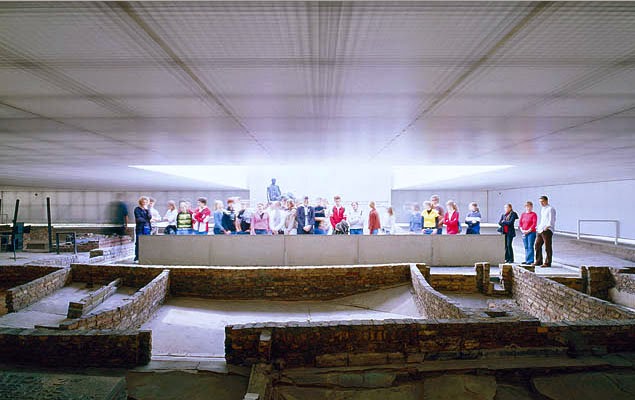 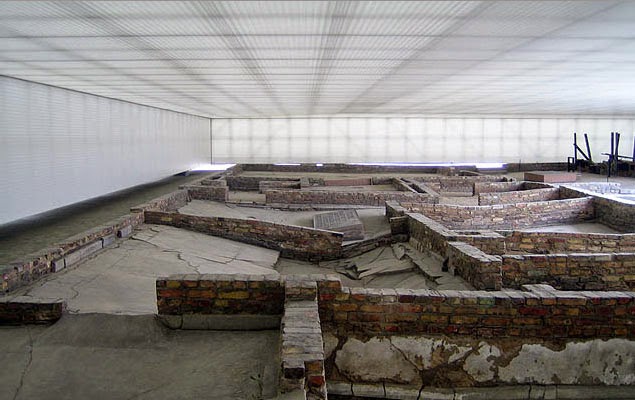 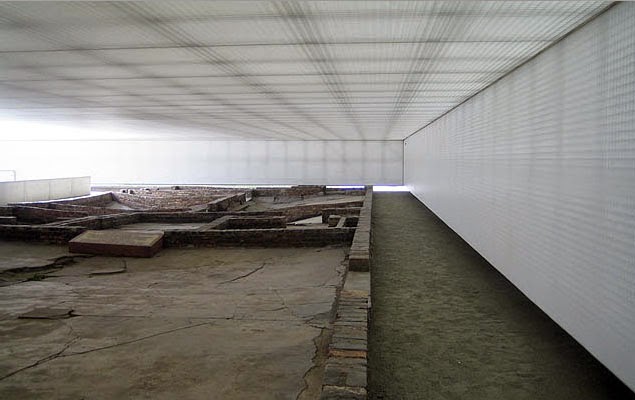 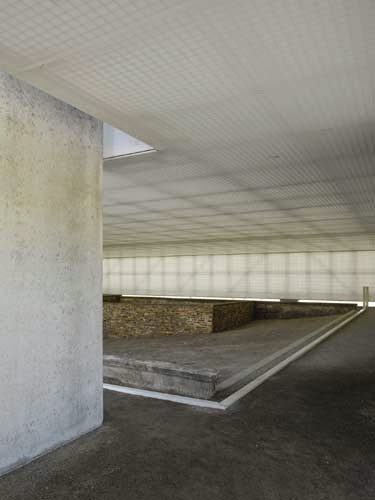 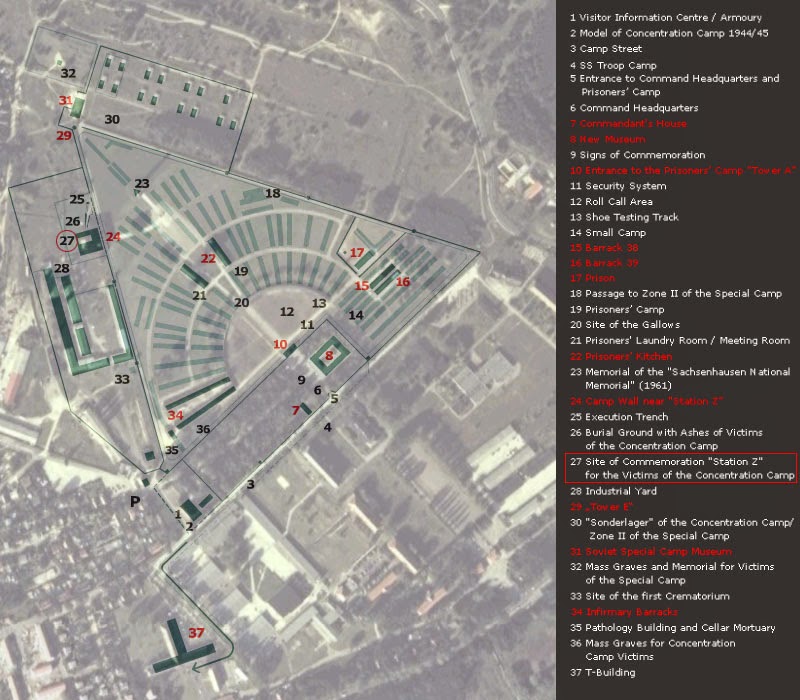