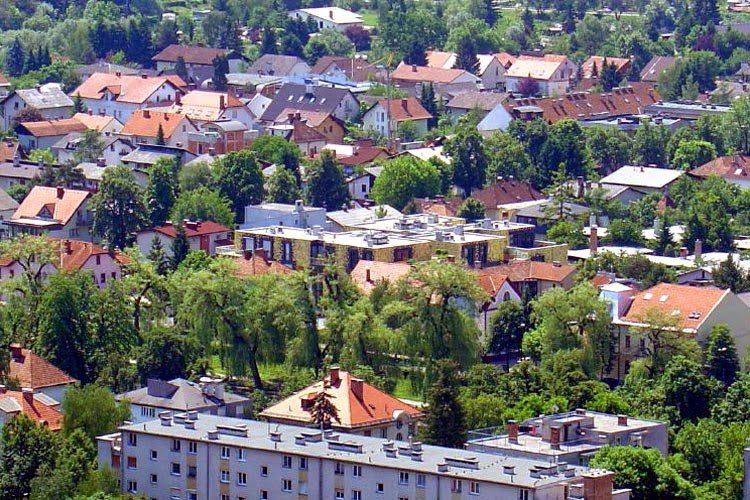 In 2006's Formula New Ljubljana, a monograph on Slovenia's Sadar Vuga Arhitekti, the firm laments a lack of professional criticism directed towards their Condominium Trnovski Pristan project in the southern part of the city center of Ljubljana. The project is a "conglomerate of 15 individualized apartments, gathered together and assembled in a fragmented volume that is then placed in the middle of a garden...a lobby-lounge that connects with the private gardens located on the terraces or balconies of each apartment."

Like the other formulas their monograph is named for, these condominiums use one (the "Blown-Up Window") towards developing new models, in this case of housing. According to the architects, this is actually the first condominium in Ljubljana, making the building type and living model as important as the formal considerations, though the architects focus on the latter. These blown-up windows attempt to blur the usually clear distinctions between interior and exterior, supported and supporting elements; their formal result is clearest in the elevation at left.

The wide black frames of the window surrounds are carried to the slab edges of the balconies, making for a complex composition that is made even more complex by a pixelated pattern of colored ceramic tiles. The architects attempted to create a dialogue between the building and its surroundings, the random tile pattern and colors echoing the greenery of the site's garden. A further abstraction of nature is taken into the entry and the lobby, where wall patterns compete with indoor plants.

With the completion of this building, the architects hoped for a new form of criticism -- both generalist and professional -- that would respond to their new formula, but what their blown-up window formula generated appears to be merely surface decoration. What is actually the most important aspect of the project is its complex interaction with its surrounding, via its massing and private outdoor spaces, things not generated by the formula or subject to its rules. Additionally, the social implications of this interaction, whose success is difficult to determine, nevertheless looks promising, something that might continue this model to future projects in Ljubljana. 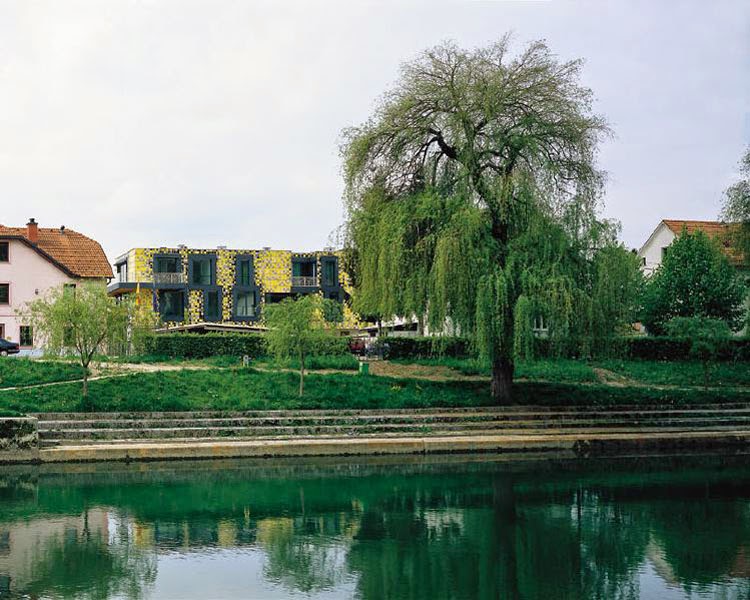 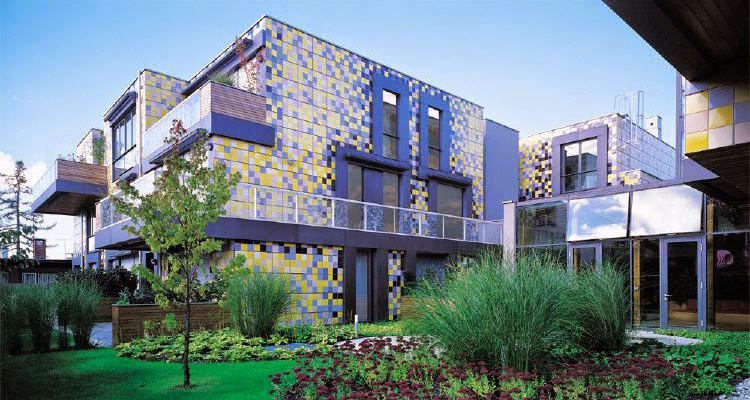 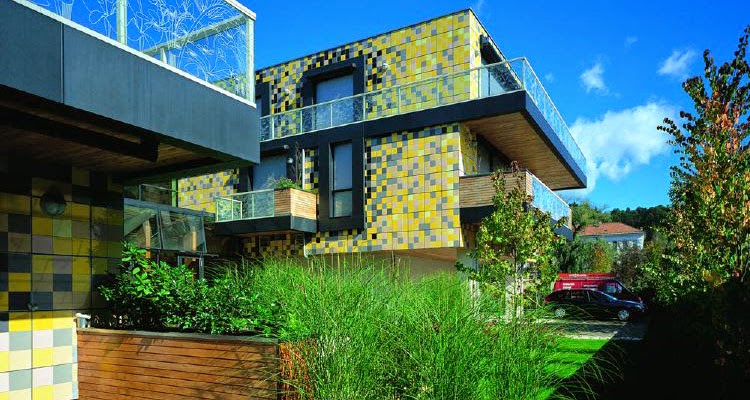 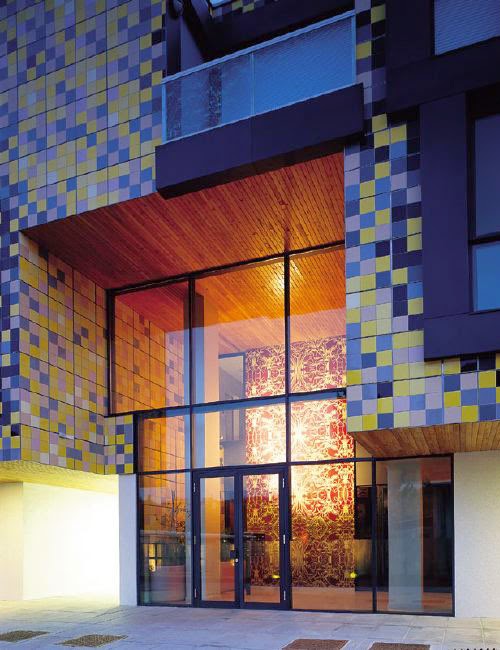 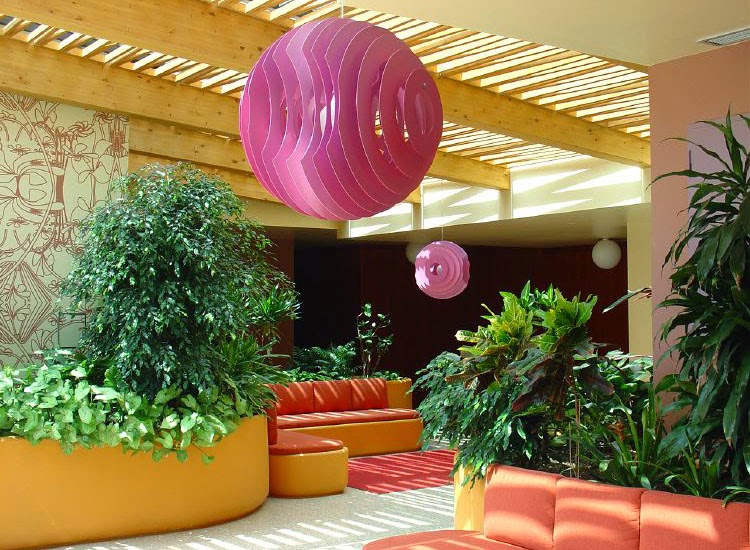 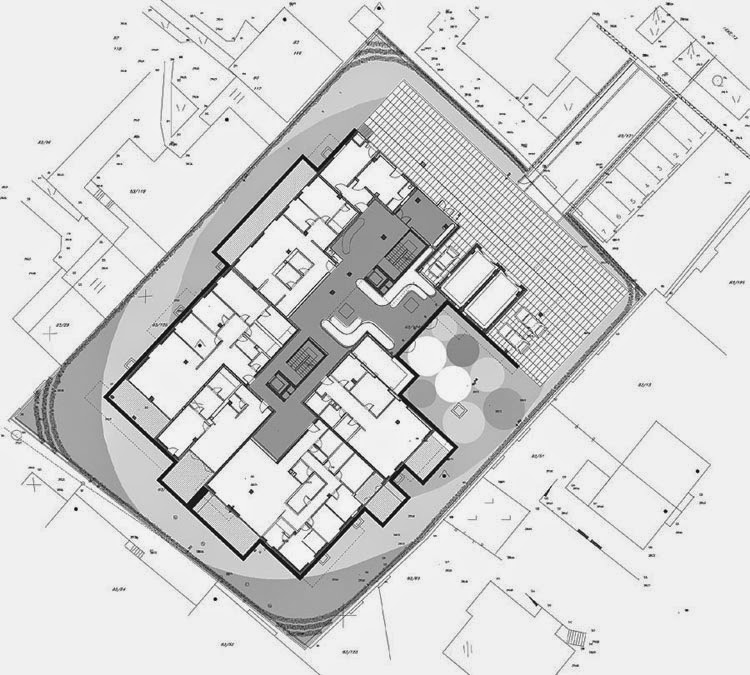