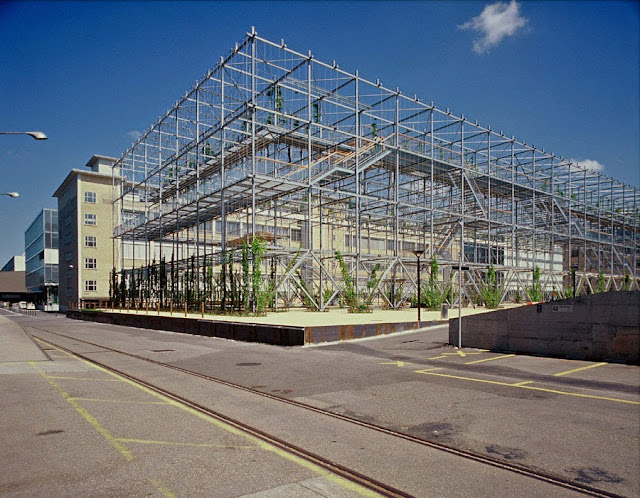 MFO Park in Zurich, Switzerland by Burckhardt + Partner and Raderschall

What makes an urban park? In all too many instances the land is treated as a sort of green oasis in the hardscape of the city, with grass, trees, and flowers acting as the antithesis of the built surroundings. In other instances the opposite is the case, and hard surfaces outnumber soft ones, making these spaces more plaza than park. MFO Park in Zurich, Switzerland sets a unique precedent for an urban park, straddling the two situations described above while incorporating something unmistakably urban: verticality.

In what could be called a truly multi-disciplinary design, Burckhardt + Partner AG and Raderschall Landschaftsarchitekten AG created a vine-covered, multi-level structure, what Liat Margolis and Alexander Robinson call "a series of spectacular immersive living volumes." Located in the Neu-Oerlikon District of Zurich, the park's structurally expressive solution picks up on the areas industrial past, while acting as an armature of plants reaching for the sky.

Two parallel, multi-level structures define the long sides of the rectangular open space. One end of the short side is closed by structure connecting the long sides, with the last side open to the street, inviting people into the open yet covered space. Visitors access the structure via stairs, reaching a sundeck, loggias, and cantilevered lookouts that give an overhead glimpse of the space below. At this lowest level are benches, pools, and the start of the vines following cables that taper outwards in a conical shape towards the roof. Depending on the time of year one visits, the vegetal "walls" are sparse, full, or colorful.

The technical aspects of MFO Park are perhaps more integral to its success that a typical park with groundcover, tree, and other planting on grade. To aid with the vertical coverage of the structure, water is collected for irrigation, a raised trench allows for a second level of vines, and the integration of structure and vines is treated in a manner that the latter will not harm the integrity of the former.

While the project may not dramatically alter the purpose of an urban park, its design elevates what a park can be in an urban context: vertical and spatial, architectural and green. 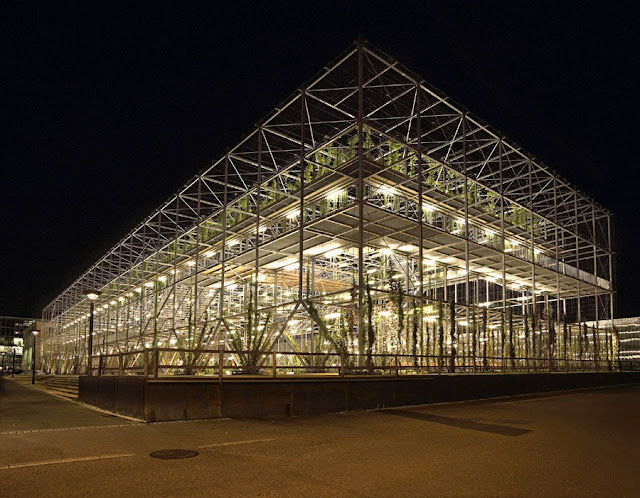 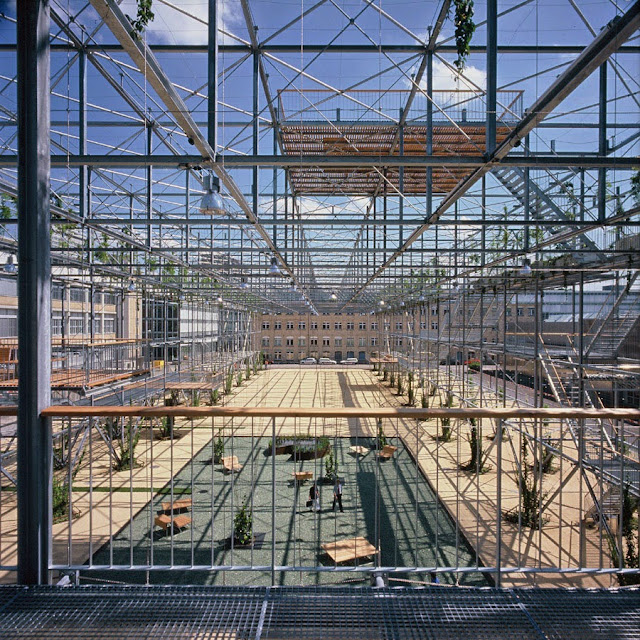 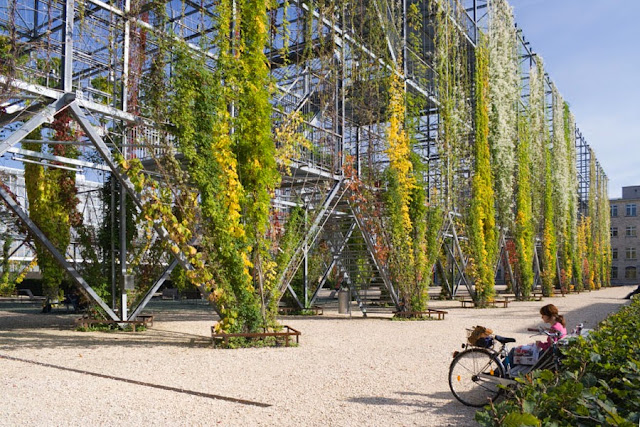 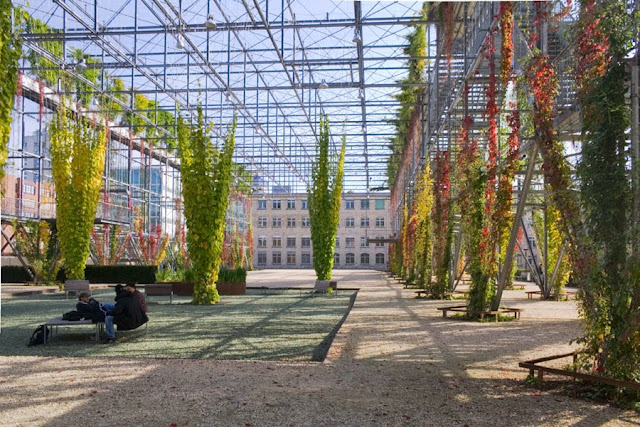 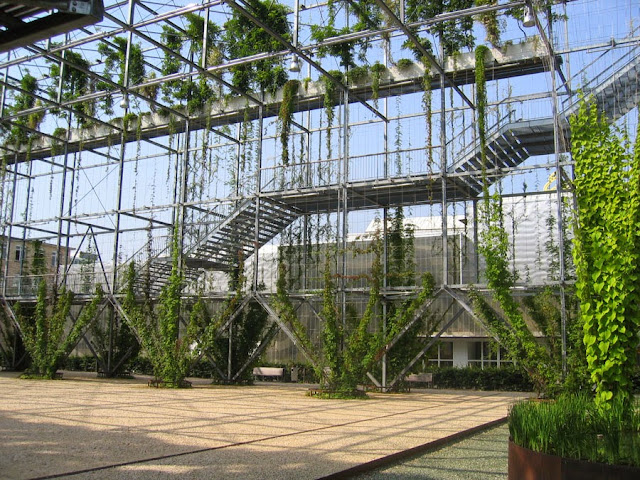 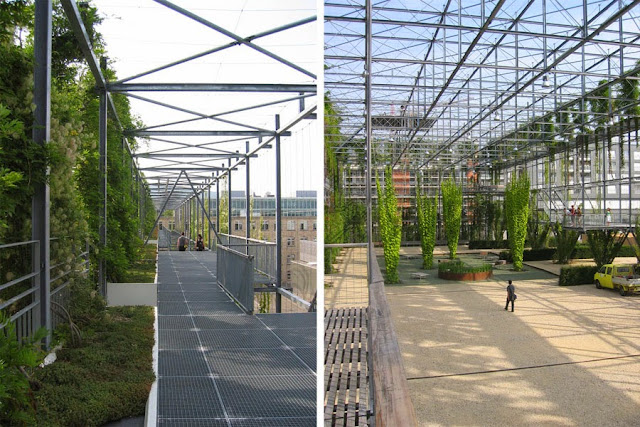 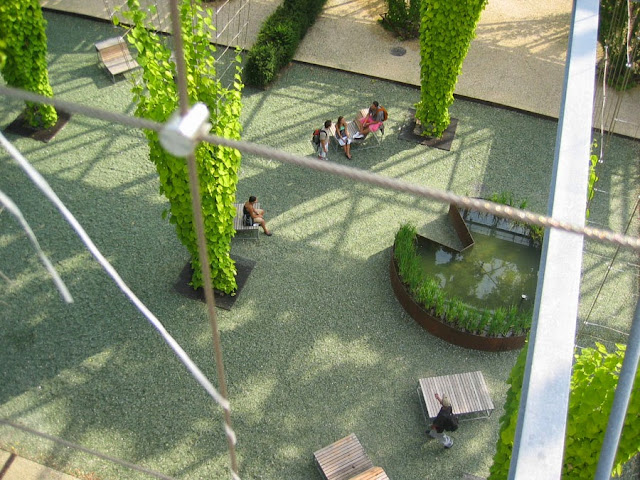 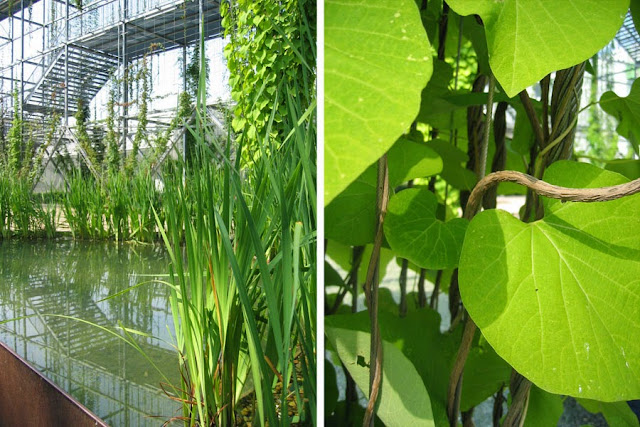