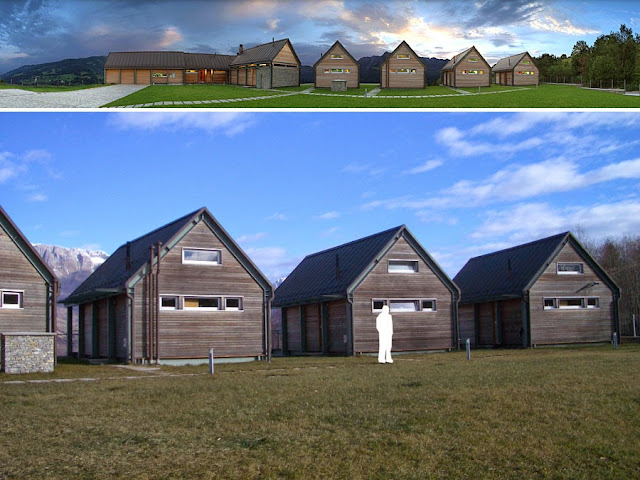 Located less than a mile from the Italian border, the Nebesa Mountain Retreat near Livek, Slovenia is a grouping of buildings on the slopes of Mount Kuk that appears at first glance to be composed of traditional structures, though the project is a careful, contemporary design addressing local design restrictions and its role for vacationers.

Designed by REAL Engineering, the project is comprised of four fully-furnished, two-person houses of approximately 50sm (540 sf), a social area with common kitchen, fireplace, and terrace, and a wellness center. The houses include north-facing verandas that give views of the valley and the mountain tops beyond. Living areas are adjacent to these outdoor rooms, with bathrooms and other facilities at the rear, making the south-facing facades primarily solid.

The decision to make the south facades service-oriented and solid seems to run counter to a desire to maximize sunlight where it would provide much-needed warmth. Looking at the site plan, it appears this decision was generated by social concerns, rather than environmental ones, as the grouping of the five buildings creates a large communal space to the south and makes the north side and its desirable views more private. While total privacy is not achieved with the verandas, the splaying of the houses in plan indicates an attempt at creating a sense of privacy via orientation, something difficult to achieve if the houses were aligned orthogonally in a row.

Returning to the traditional appearance of the buildings, the architects had to respond to the restrictions of the site's protected zone. They did this with pitched roofs and simple forms, though via a contemporary steel construction and a mixed palette of metal, wood, glass, and stone. The skillful juxtaposition of traditional forms and contemporary construction gives the grouping a restrained yet refreshing appearance that fits into its setting, a merging of natural scenery and human-made, plateaued site. 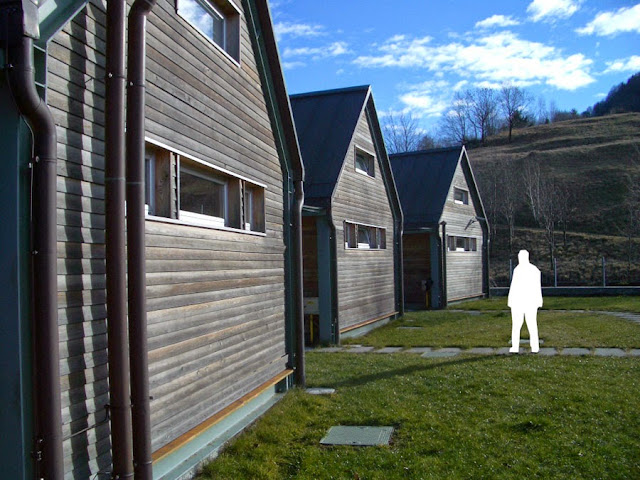 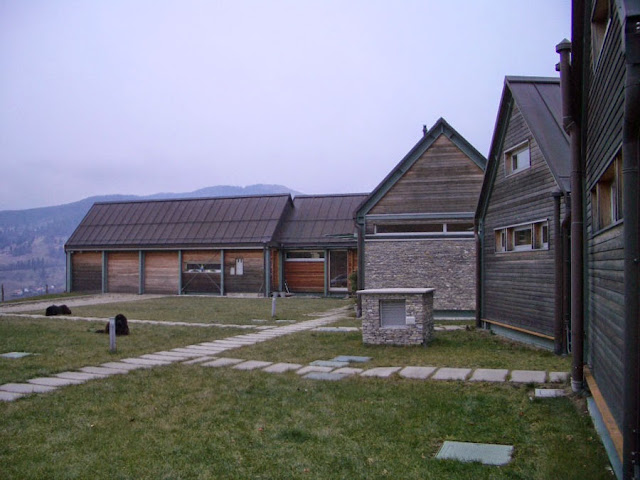 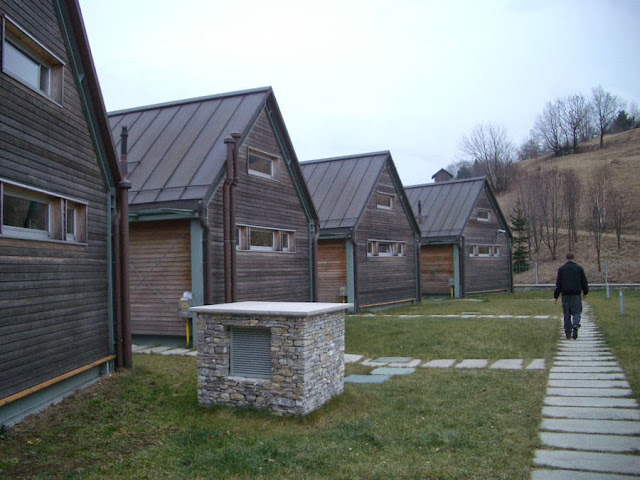 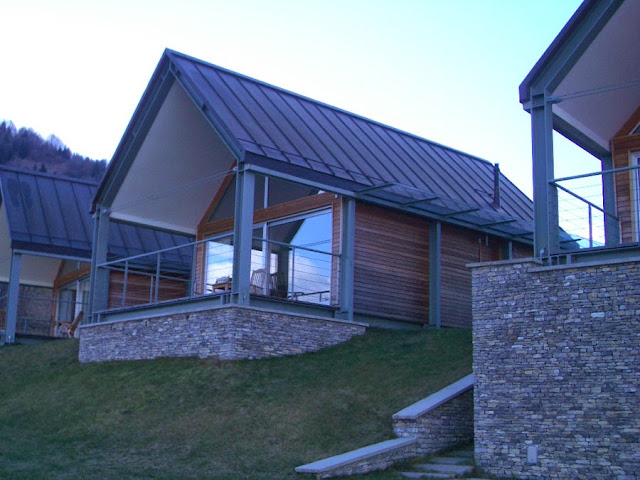 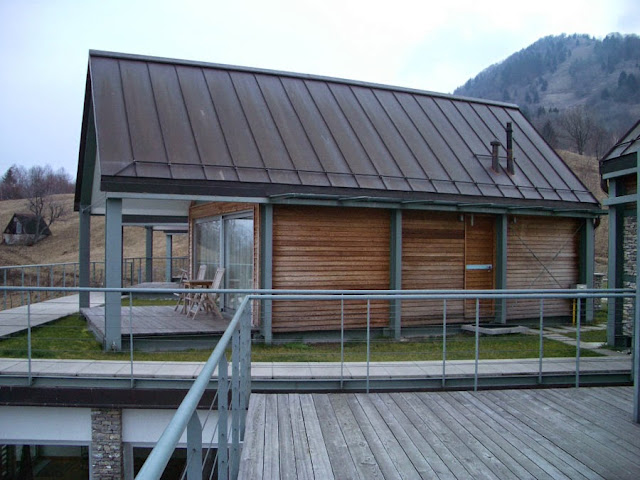 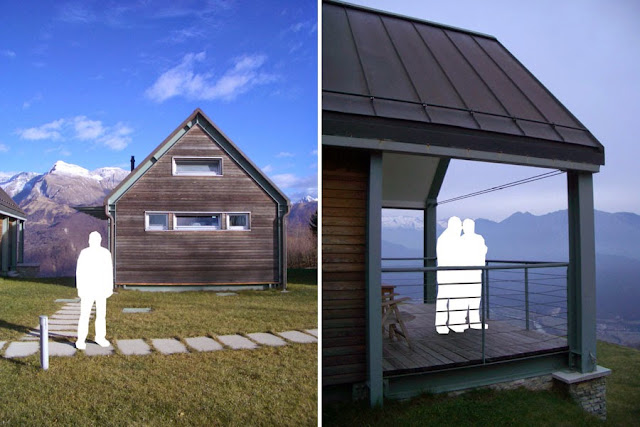 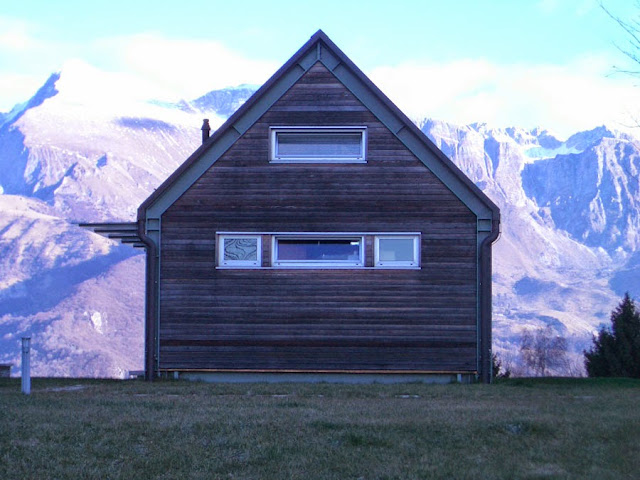 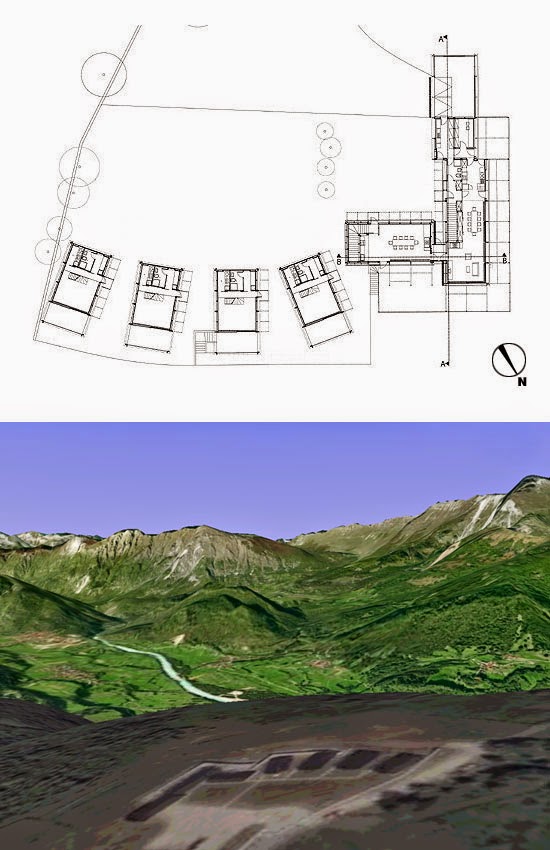