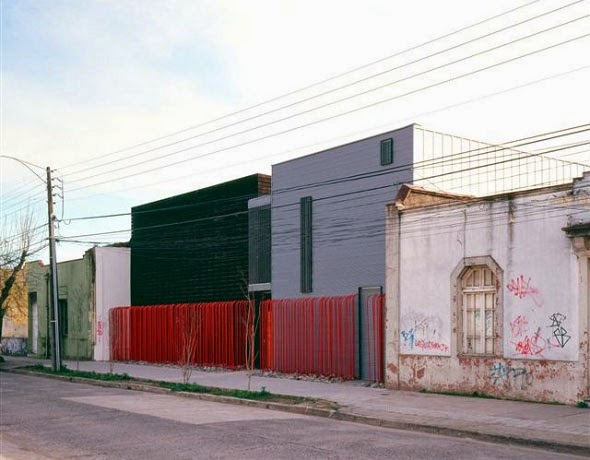 The Russo Club in Talca, Chile is a strange hybrid of functions belied by its simple and straightforward name. Architects Felipe Assadi + Francisca Pulido admit that they never fully understood the program, which includes a "yard to perform events, a semi-olympic pool, a multiuse room with a strong trend to be a disco, but that during the day would be an office, a bar that at the same time is a gift shop, a restaurant,...offices rented to other companies, a training room and an internet sector for the employees."

The architects describe their solution as, "a bar of several programs supported by a great emptiness that (dis)orders it using the artificial light, all of this inside a low density block and a continual façade in the city of Talca." The emptiness and the long volumes (bars) are apparent in the image at left, with the project's fit into its context visible in the first image. Apparently, the architects' response is a formally simple infill project that relates to its context via its massing, though buries the uses within, breaking the functions from the surroundings, in what feels like a secluded oasis.

Much of the effort is expended on this outdoor room, with its "yard to perform events" and pool. The composition of solid and void rectangular volumes is especially appealing at night, when a random patterning of light is emitted through the dark walls bracketing two sides of the space. The long side sits across from the restaurant and a second-floor exterior corridor defined by vertical, sliding red panels that provide a stronger definition for the outdoor space an an increased sense of layering of the building's spaces.

Given the program's apparently strange hybrid of functions that attempts to find an almost 24-hour use for the investment in new construction, the solution seems to focus on the nightlife, creating a luxurious indoor and outdoor atmosphere strengthened by colors and materials. It's a design that would easily be at home in Los Angeles or Miami, especially since the project turns its back to its surroundings, presenting not only solid walls but vertical steel bars, giving the impression of fortification while hinting at the good times within. 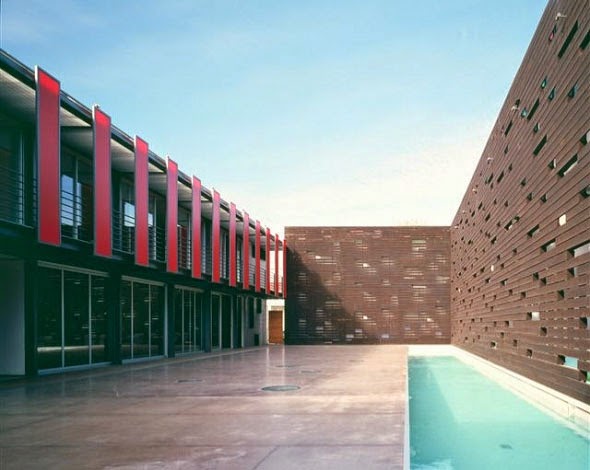 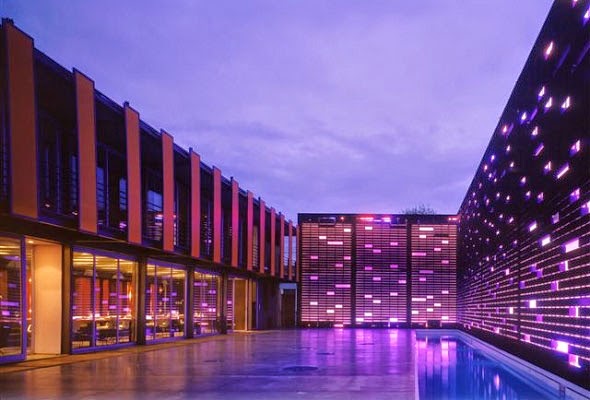 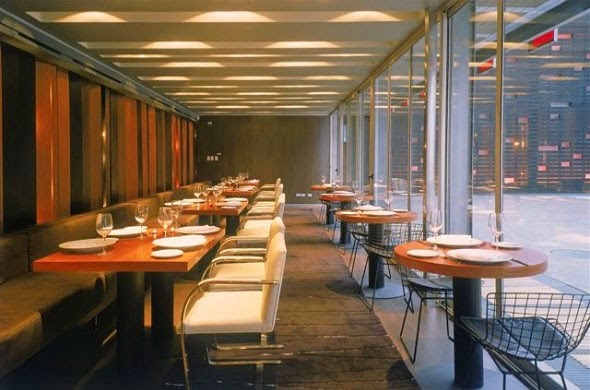 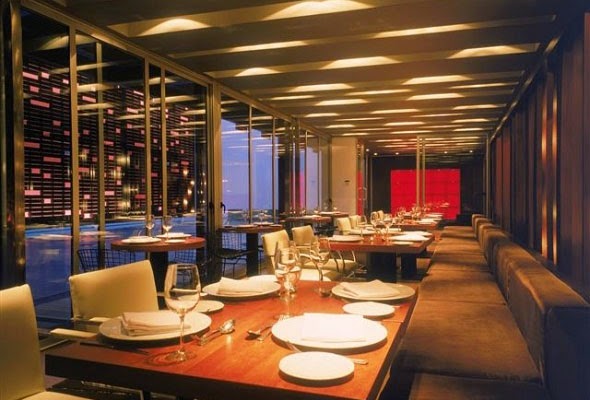 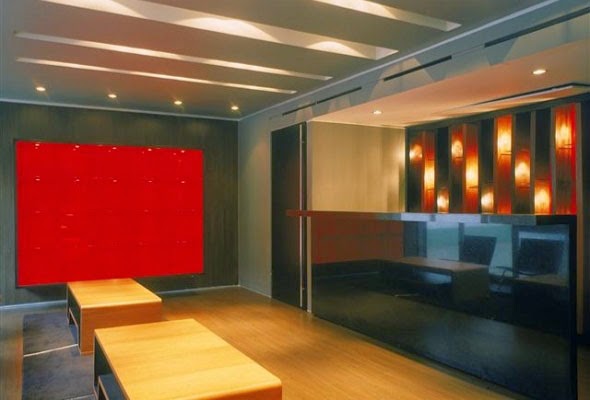 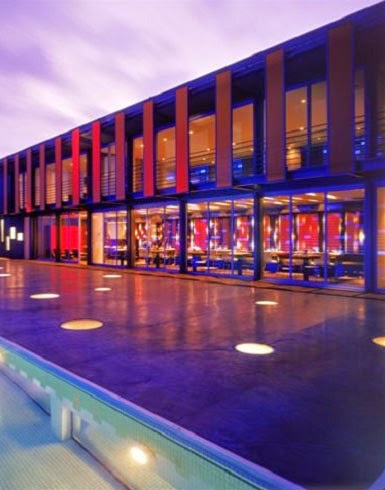 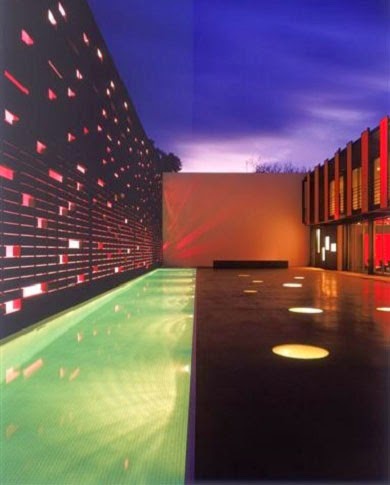 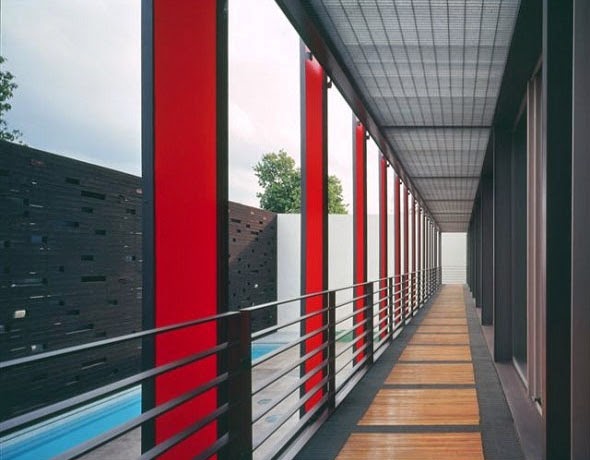 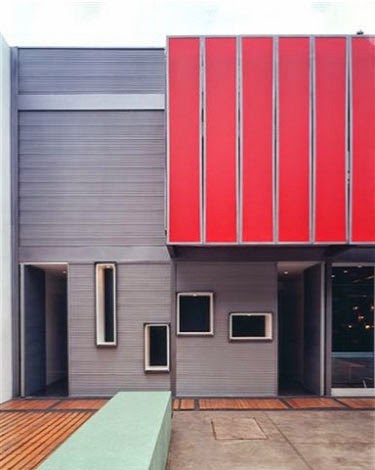