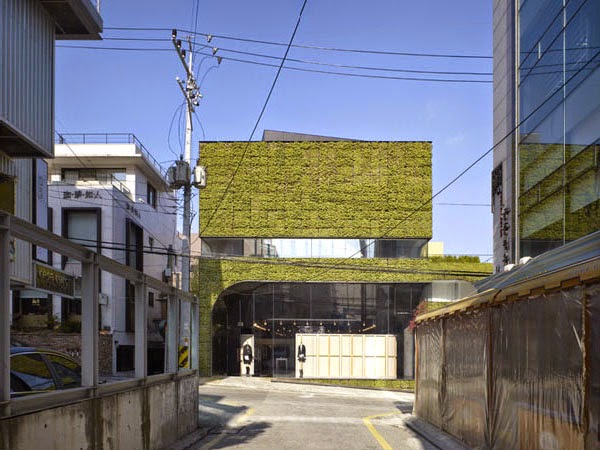 Ann Demeulemeester is a Belgian fashion designer with a strong Asian presence. Stores in Tokyo, Hong Kong and Seoul are the only ones outside her native Antwerp. The latest shop in Seoul by Mass Studies is, according to the architects, "not meant to be just another ‘object’ to be experienced externally, but rather as a synthetic organism of nature and artifice."

While small in stature, and compatible in scale to its neighbors in Seoul’s Gangnam district , the building stands out with its living façade, composed of a "geotextile planted with a herbaceous perennial." Selective openings announce the first floor boutique (the project's main space), upper-floor restaurant, and a subterranean retail space. The first and last are indicated by a stair that boldly reaches out to the passer-by. Between the stair and the shop is a parking strip, where the presence of steel vehicles will be softened by the vegetative facade.

Overall the project could be seen as one about softening. Not only is the façade "living" but many corners are rounded as are the window openings and the internal space. Additionally, the rear and sides are planted with a bamboo screen, in effect cordoning off the building from its context. Where vegetation can normally be seen as a means of continuity -- of surface, underground processes, wildlife corridors, etc. -- here it is used as a way to separate itself from its "plain" neighbors.

If the softening of the vegetation and the curving forms -- offset by the rectilinear box of the main volume -- and the separation of the building from its context is an intentional relationship drawn by the architects to the fashion designer's work, it is not clear. The extensive glazing does help put the clothes on display, though ultimately the architecture displays an attitude, particularly towards the environment though also towards the inhabitants. The spaces are enveloping and embracing (womb like?), an effect reinforced by the bamboo border and the building's living, breathing façade.

(Thanks to Masha S. for the heads up on this project.) 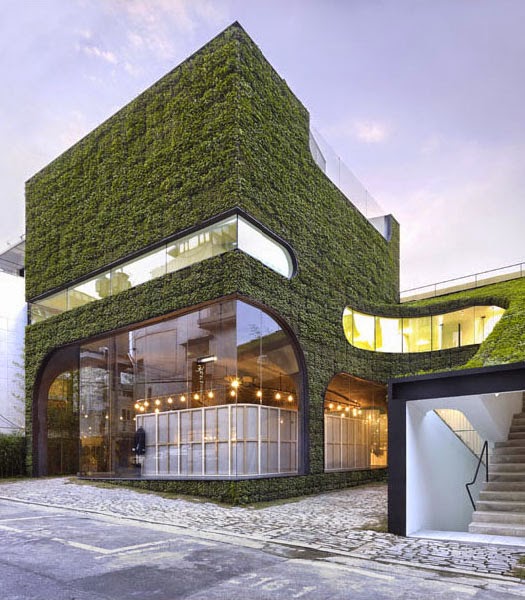 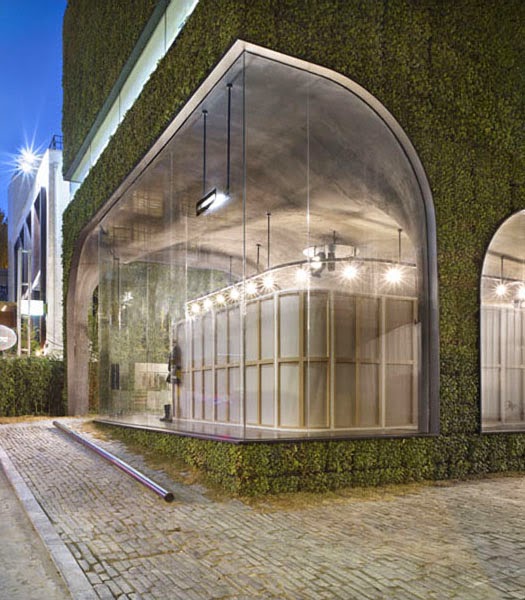 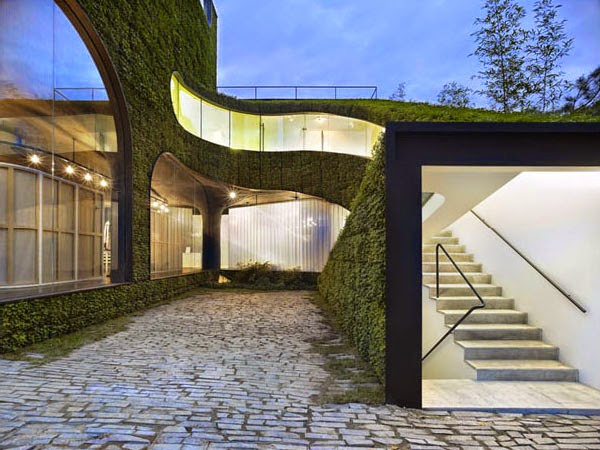 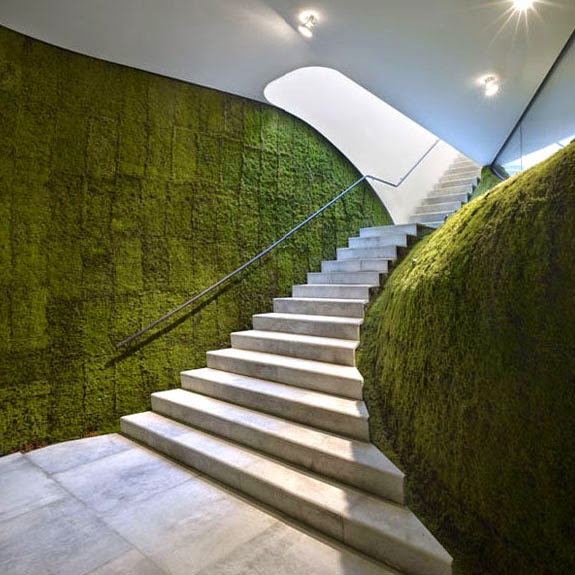 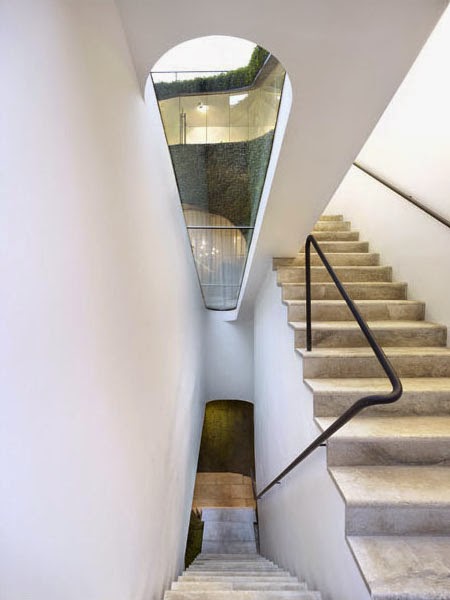 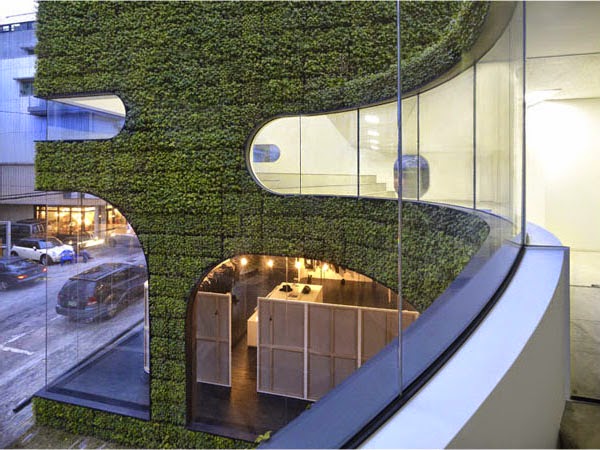 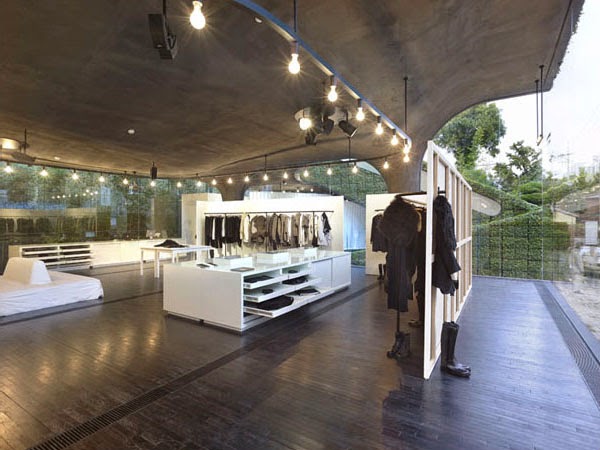 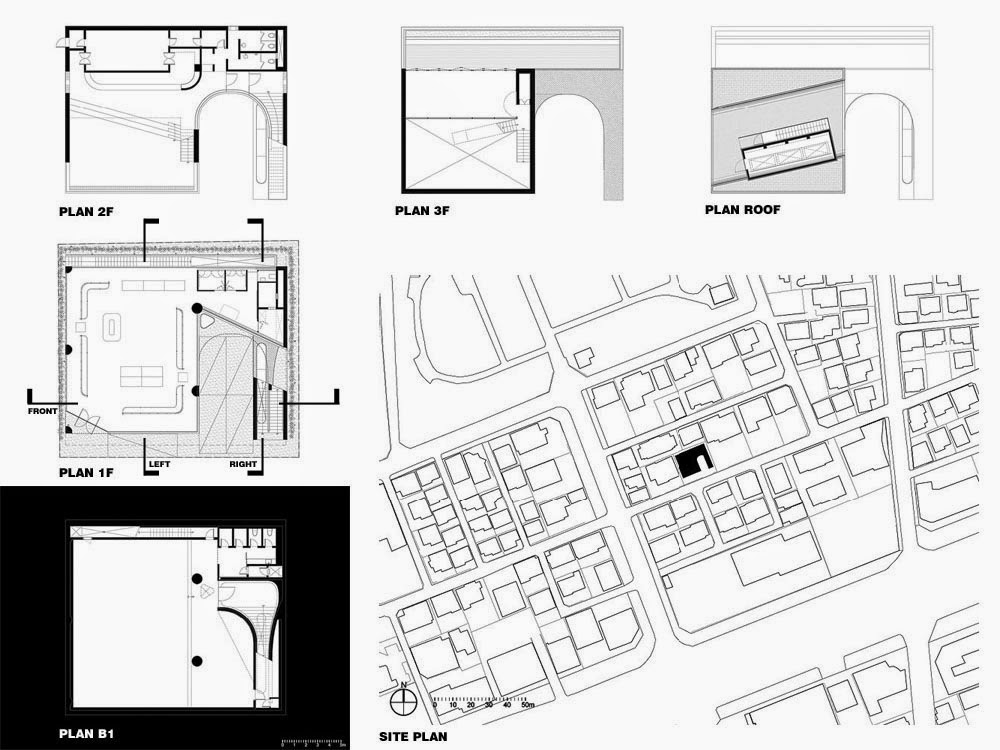