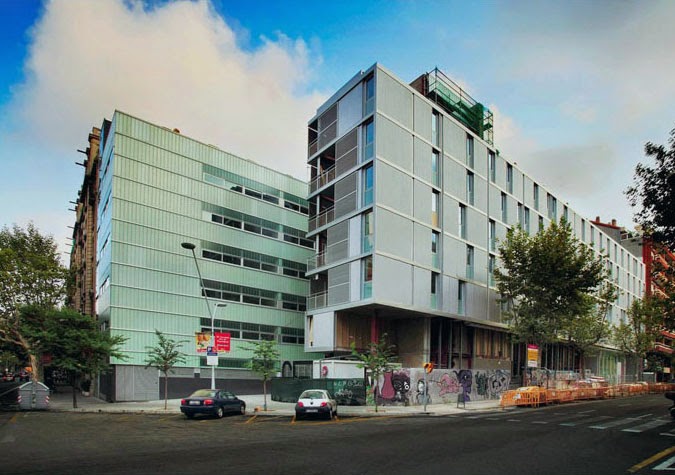 In this competition-winning project located in the Eixample district of Barcelona, Coll-Leclerc Arquitectos opted for a typology not used often in the district: the "Mediterraneo" buildings of the early 20th-century, avant-garde Catalan architect Antonio Bonet. The architects describe his designs as exploring "the standardization of accidents," or veering from the regular grid system of the district to incorporate alleys and other atypical features, something the architects took to heart in their design of the mixed-use project.

Situated at the corner of Londres and Villaroel -- a corner of the typically chamfered Barcelona variety -- the project reveals itself at this juncture. Instead of presenting the project -- comprised of 54 youth housing units, a kindergarten, a garden, and parking -- as a solid continuity of this corner condition, the architects split the program into two parallel bars that then creates a linear open space between the two. This open space is activated by balconies and exterior walkways. For security the space can be closed after school hours.

The separation of the two functions and the massing this approach entails achieve numerous things in addition to creating an open space: natural ventilation is aided by the split and the thinner profiles of the buildings; with the taller residential portion located on the south natural light hits all parts of the program; and access to the central garden/playground is created via the linear open space and by raising a portion of the school above grade.

The architects contend that their solution "works like a miniature city." Beyond the formal nature of the design, one way this statement veers closer to the truth rather than mere fluff is the mix of people that are brought together, namely young children and young adults. While there is the possibility of the former being a child of the latter, in most cases the people living, playing, and learning here are strangers. Though by designing the project in a particular way that stresses open spaces and interaction, that won't always be the case. 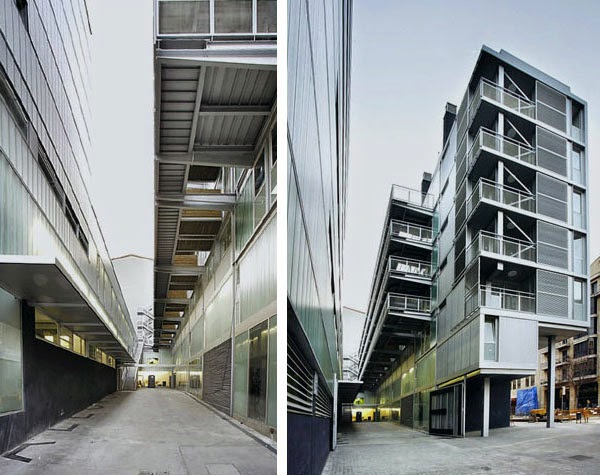 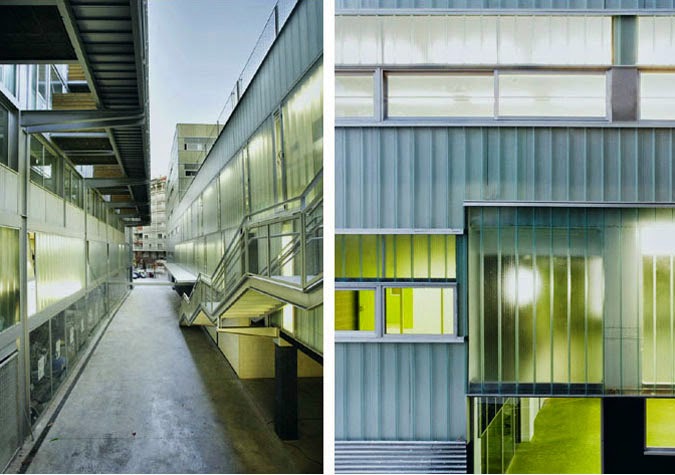 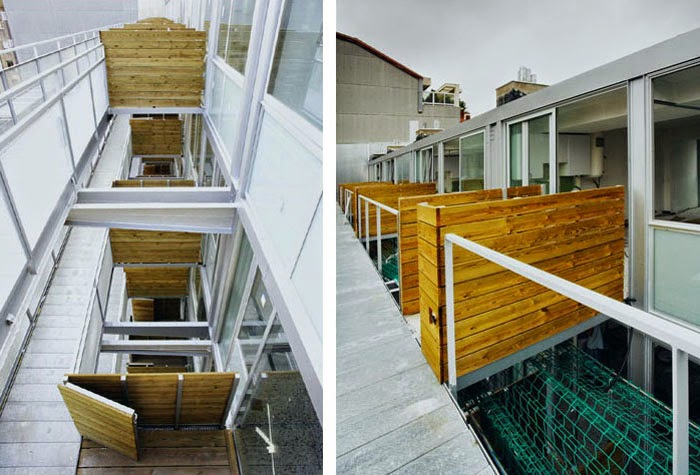 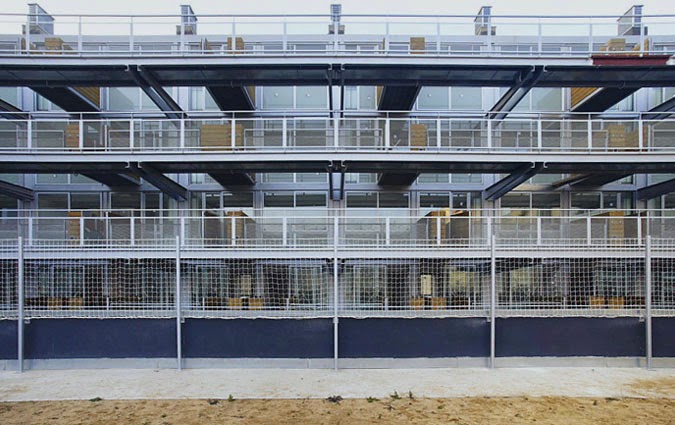 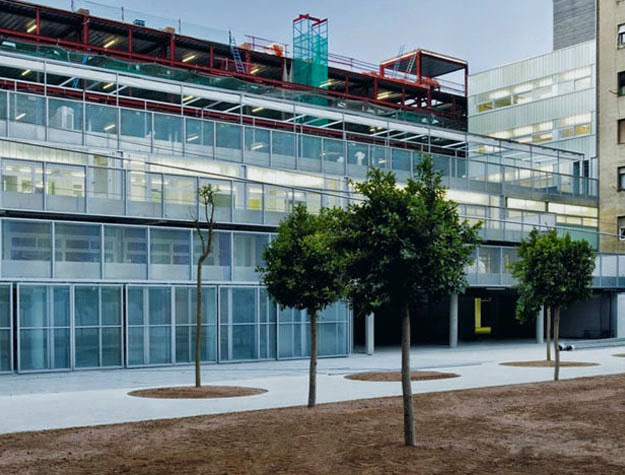 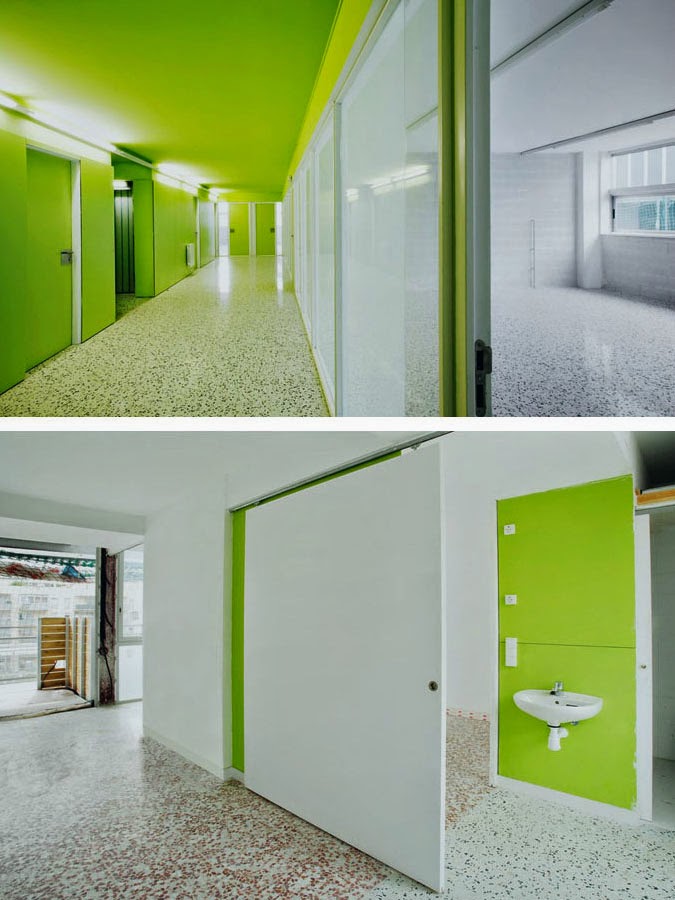 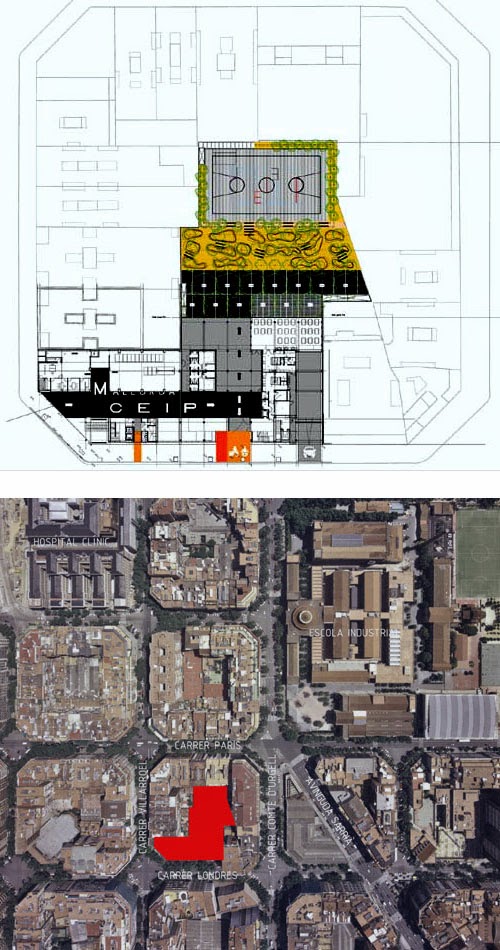 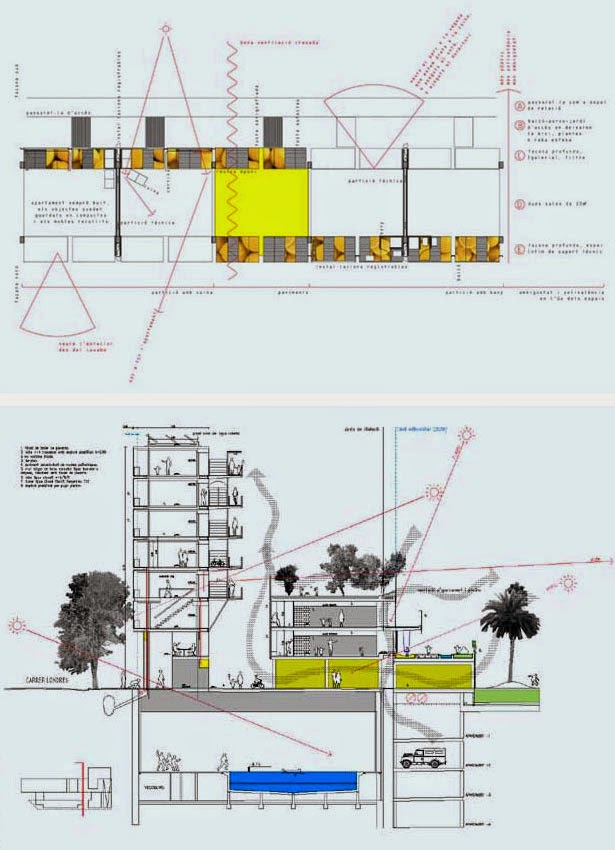