Chapel of Our Lady of the Conception 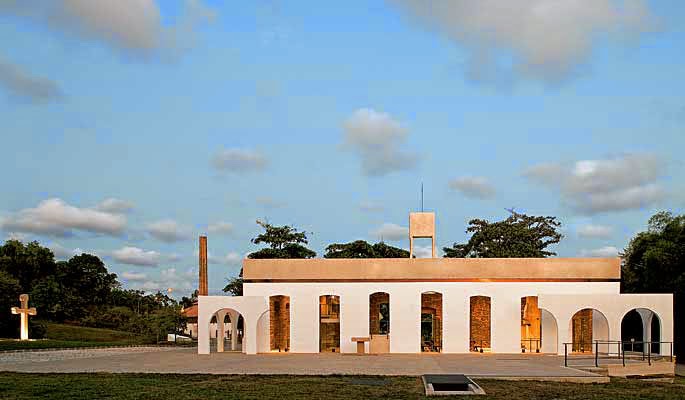 Chapel of Our Lady of the Conception in Recife, Brazil by Paulo Mendes da Rocha

Located on the banks of the Capibaribe River in Brazil, on the grounds of the Brennand Ceramics factory, studio, and museum is the Chapel of Our Lady of the Conception. The design by Paulo Mendes da Rocha reuses a 19th-century building of masonry and tile in a manner that separates old from new yet acknowledges the dependence of the latter upon the former.

Of the designs four main gestures, the first visible one is the exterior cladding of the existing masonry walls. The flat white surfaces, coupled with the partially recreated colonnade at the building's four corners, give the appearance of abstracted elevations, though one notices that the apertures respect the existing shapes and sizes of the openings.

The next gesture one encounters is the "transparent crystal casing" that rings the chapel space a few feet inside the existing masonry walls. These glass walls subtly demarcate old from new, in effect describing the new use of the space in invisible lines. The gap between the old and new also creates access to the choir platform, though perhaps most interesting is the fact these walls are only partial height, so combined with the masonry openings the building is an open-air chapel of sorts.

The third gesture is the most overt: the new concrete roof supported by two large circular columns at both ends of the space. The flat prestressed slab is cantilevered above the existing walls to create a dramatic horizontal gap. Lastly, at least in terms of this discussion, is the bell tower, a new concrete piece that distances itself, like everything else above, from the existing building. Its intended and symbolic function aside, the tower serves a surprising function: it exhibits the collection and reuse of rainwater from the new concrete roof (visible in section A-A), in a way that celebrates the natural cycles like the chapel celebrates its own cycles. 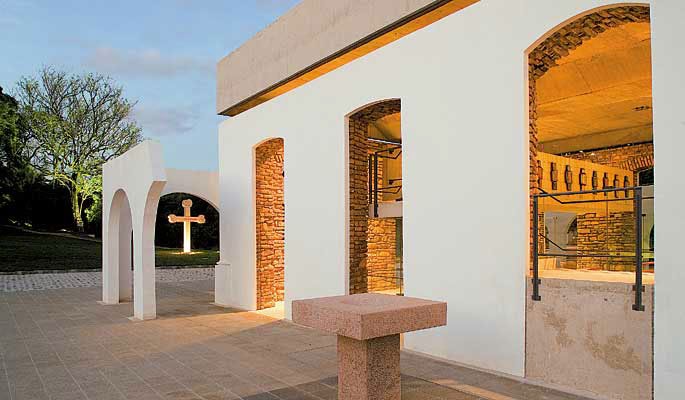 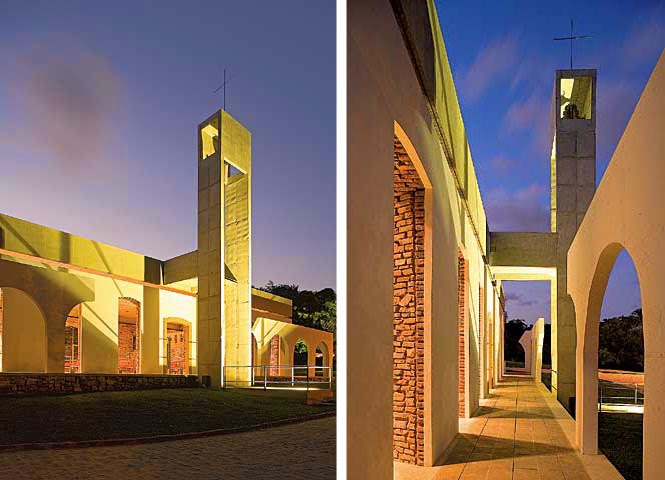 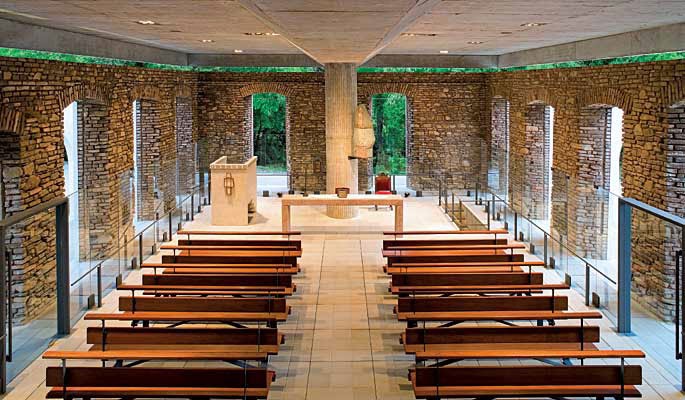 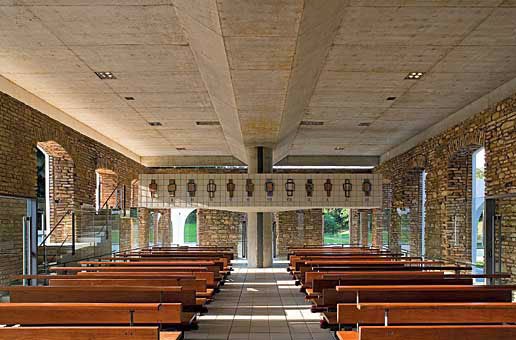 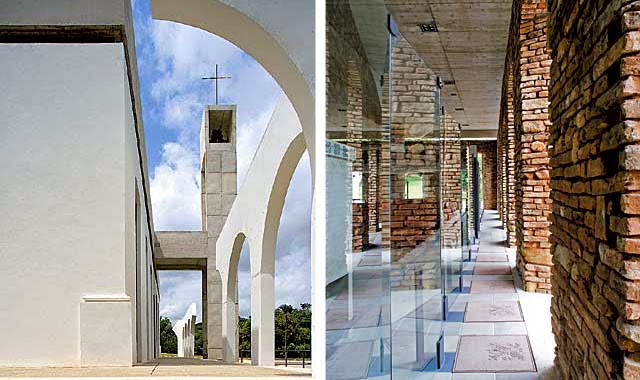 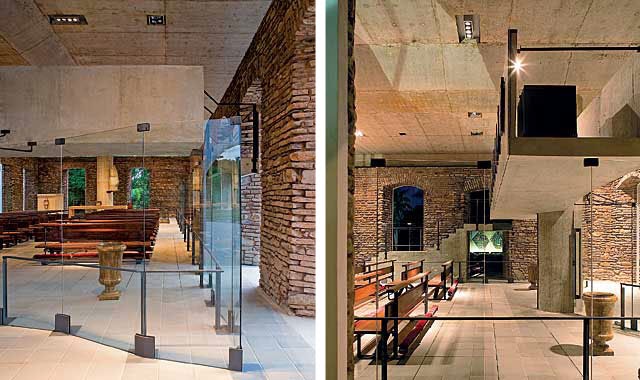 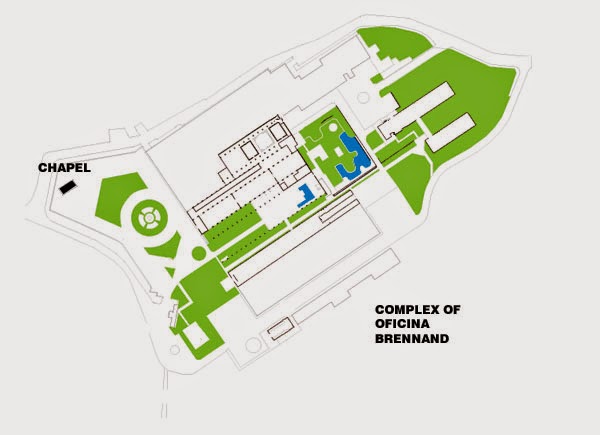 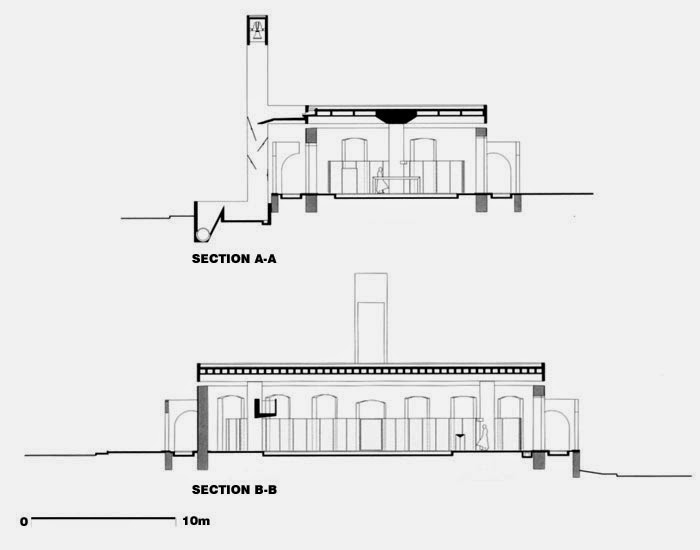