Here's a couple buildings, old and new, in the news this week. 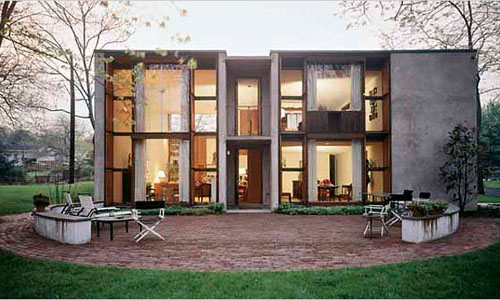 Large for a single-person house (as it was designed), but small by today's standards, this dignified piece of architecture is supposed to fetch between $2-3 million. While this supposedly happened yesterday in an auction by Wright in Chicago yesterday, I've yet to hear or see any news on the sale; I'll post an update when known. The auction is actually May 18, not March 18. Me bad. 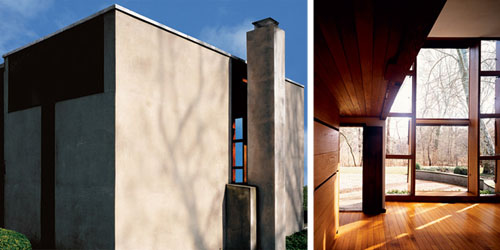 Wright commissioned Todd Eberle to shoot photographs for a catalog that also features an essay by Julie V. Iovine. This aspect of the auction reminds me of the catalog I saw at the Maison Tropicale when I visited it on the Queens side of the East River, where a nearly $100 catalog was for sale. Looks like pricey, museum-quality books to accompany the big show aren't just for museums.

The Ascent at Roebling Ridge by Studio Daniel Libeskind opens on March 26. 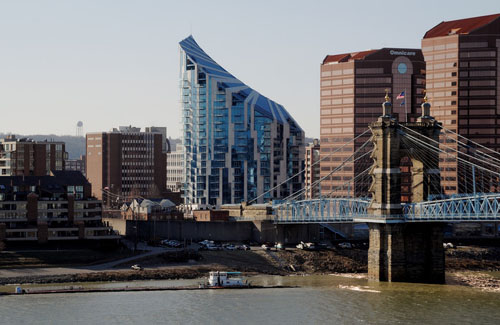 Covington, Kentucky's attempt to upstage its neighbor across the Ohio River, Cincinnati, is a building that looks more suited to Las Vegas than a Midwestern city of roughly 50,000. This trait owes not only to its swooping form but its skin, its solid/void patterning and the mirrored glass. 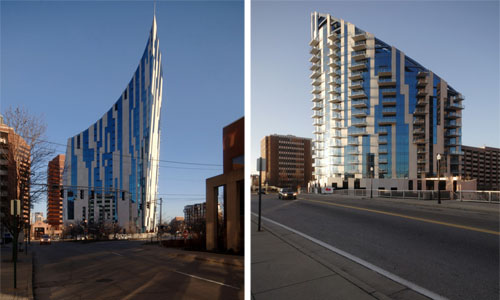 Libeskind justifies the design as one that "echoes the colors of the [Covington-Cincinnati] Suspension Bridge...[and] mimics the Bridge's cables...curving to maximize the views of both the river and the surrounding hillsides." Okay, but that still doesn't distract me enough from that exterior wall -- flat as a curving pancake -- with balconies, for the most part, carelessly inserted into it. I just can't shake that Vegas feeling. 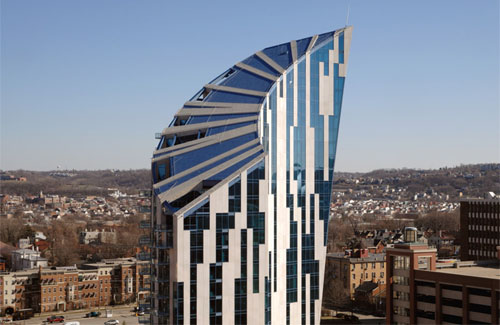