Photographs are by Mark Ballogg.

The greedy and destructive ways of American universities may seem like a lie when compared to the teaching and fostering of (typically) young people that such schools see as their role in society. But when one considers the footprints of universities, in particular urban ones, and the displacement of residents that many times accompanies the expansion of schools, these ways are clear. Certainly some schools learn to co-exist with cities and their residents -- buying up surrounding buildings and renovating them to school functions, for example -- but many, with the help of cities, find that co-existence next to impossible.

One example of this unfortunate state of secondary educational affairs is the University of Illinois and Chicago (UIC), located west of the Loop. Displacing thousands of largely Italian residents for its inaugural opening in 1965, the school has yet to let up, demolishing the remains of the historical Maxwell Street for its latest expansion. Given this history, it was with some relief and surprise to see the Student Recreational Facility (SRF) taking over a University parking lot and tennis courts, not neighbors' homes. As well, catty corner from the building is Jane Addams Hull House, an explicit reminder of the fabric the original UIC replaced.

The SRF is designed by PSA-Dewberry and Moody•Nolan, the latter specializing in athletic facilities. One of two such facilities on the campus (this is the east one, abutting the Dan Ryan Expressway), the 150,000sf (14,000sm) building is comprised of a four-court gym, exercise equipment areas, leisure pool, locker rooms, racquetball courts, multipurpose rooms, rock climbing wall, and a 1/9th-mile jogging track. What is certainly a big building doesn't appear so, with sculpted massing on its street side and a variety of materials articulating the volumes.

Much of the effort expended on the design is focused on its internal circulation, from its grand atrium entry to its stair and bridges linking the various levels. This "internal street" is a fairly apt built metaphor for the University itself, in this case in a building that at first glance looks like it could signal a new direction for the school. But instead of creating a public frontage on the street (with cafe and shops, perhaps), connecting the building to the city, they've created a private indoor street for students and faculty, separated from the city. The tension between school and city clearly still exists. Decent architecture is not enough to heal those wounds. 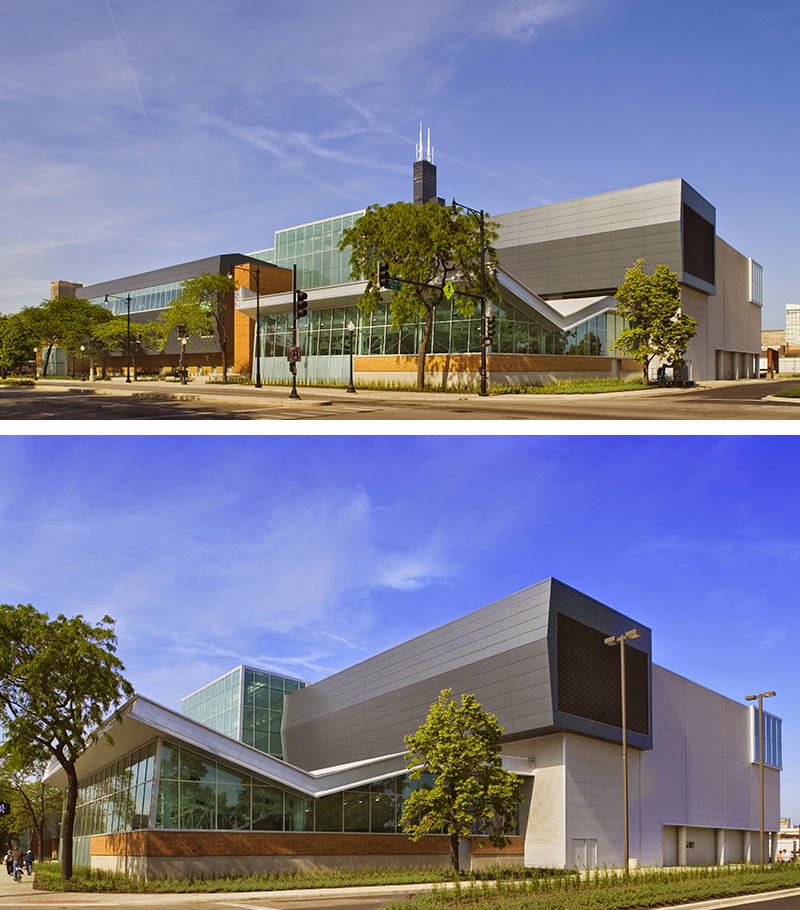 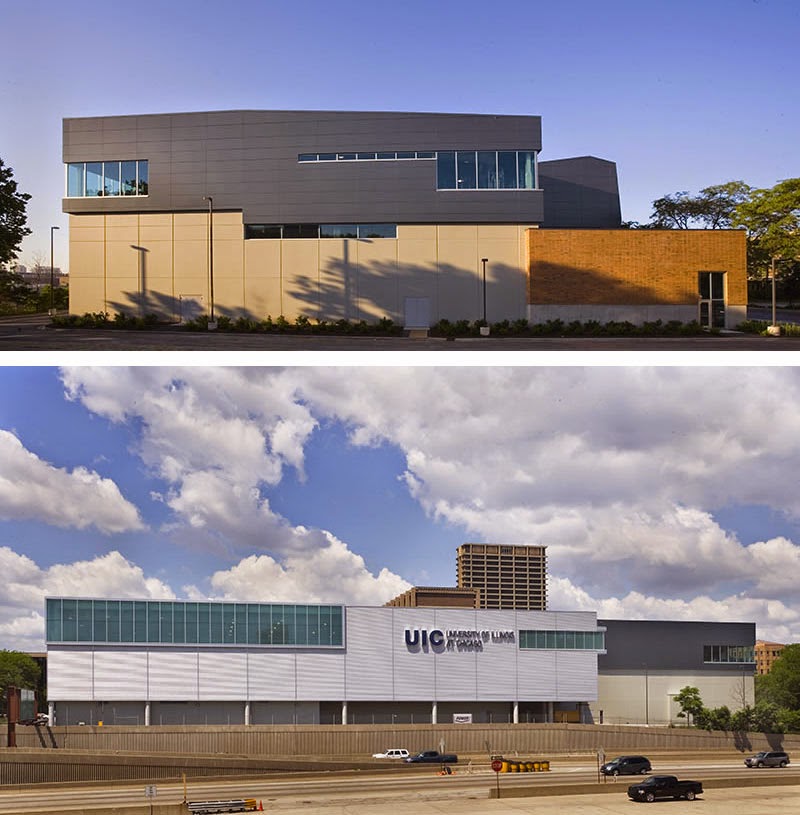 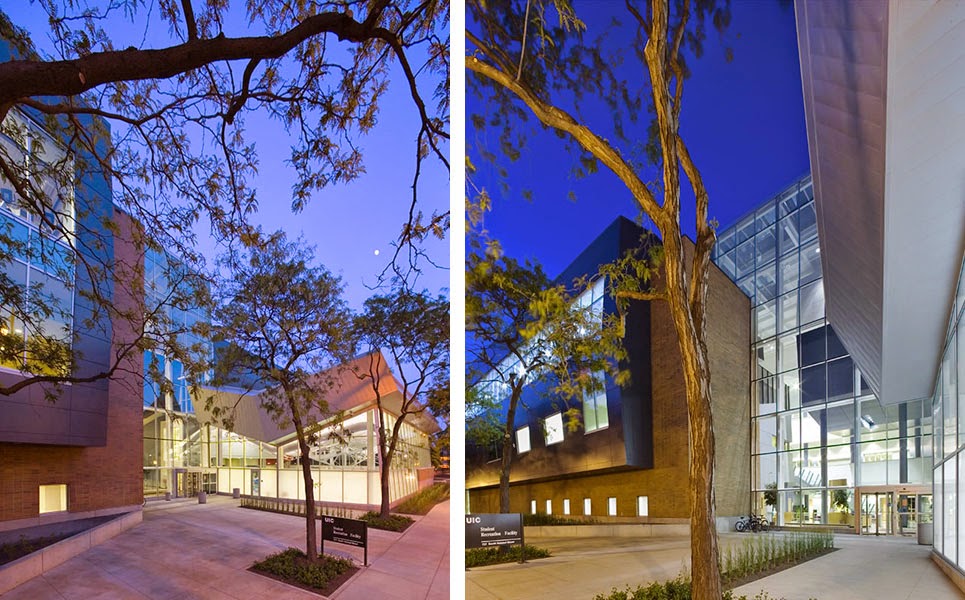 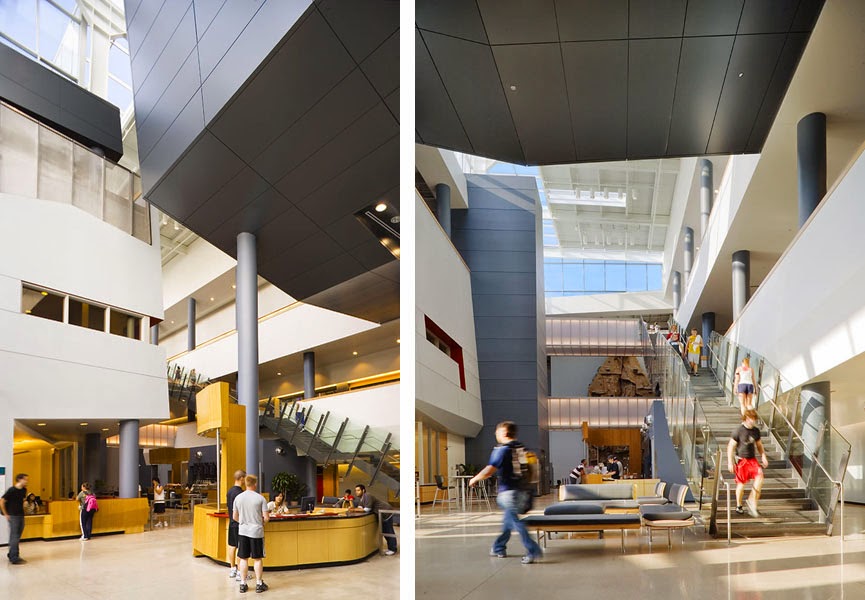 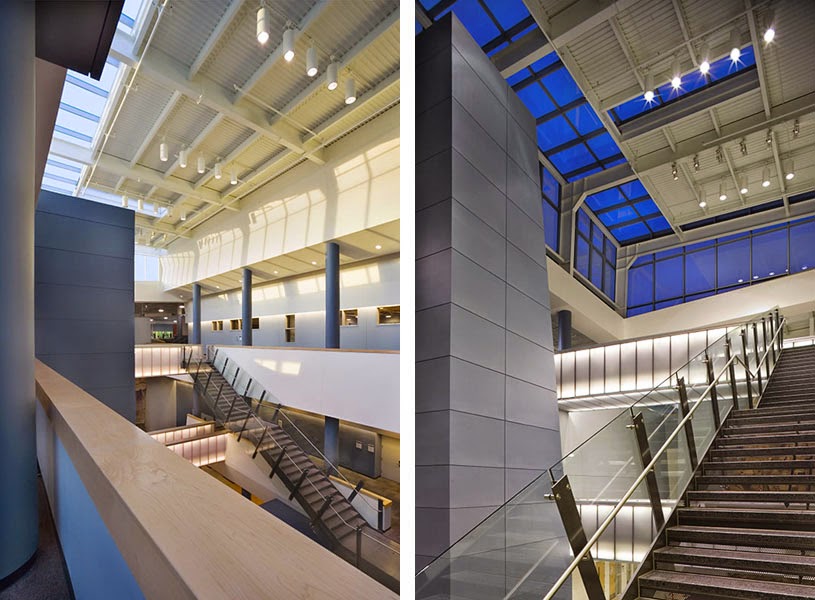 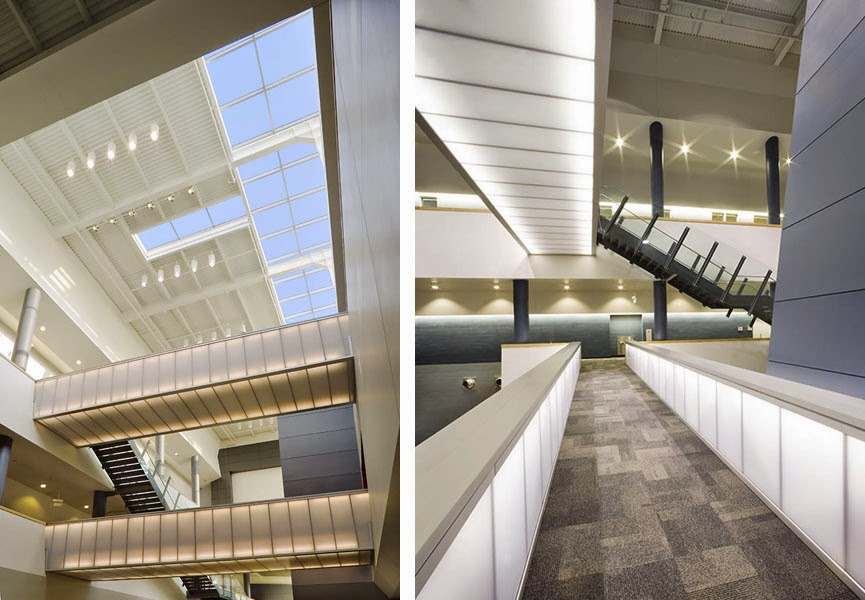 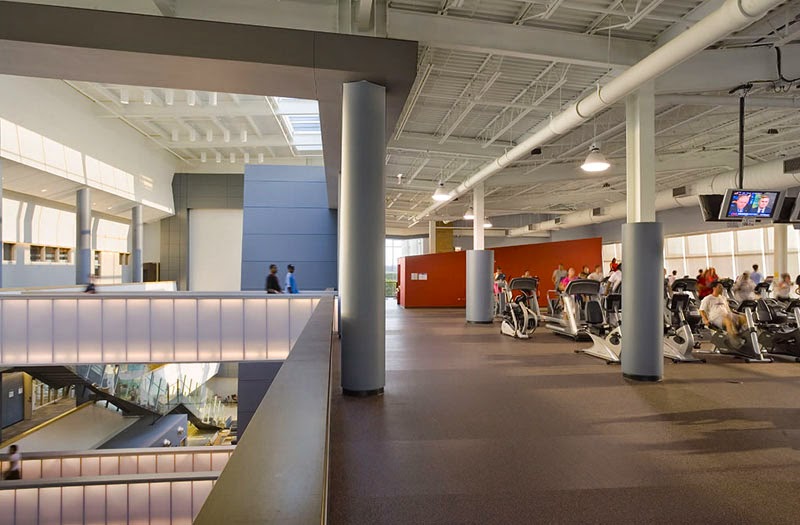 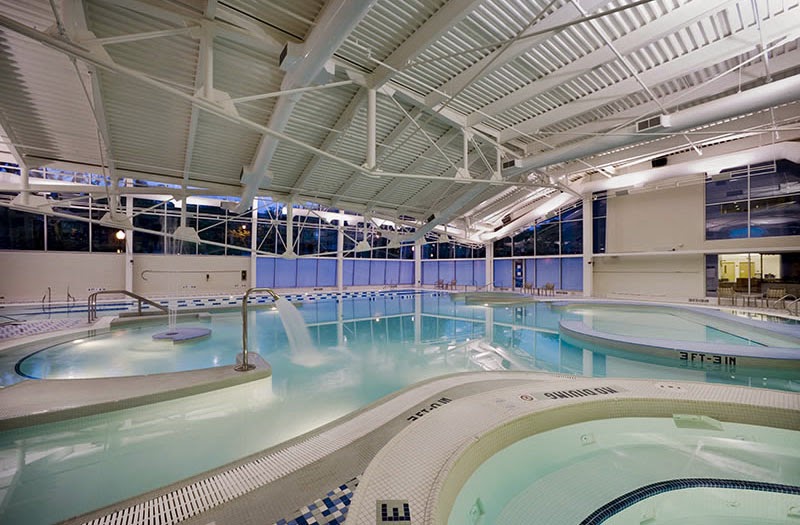 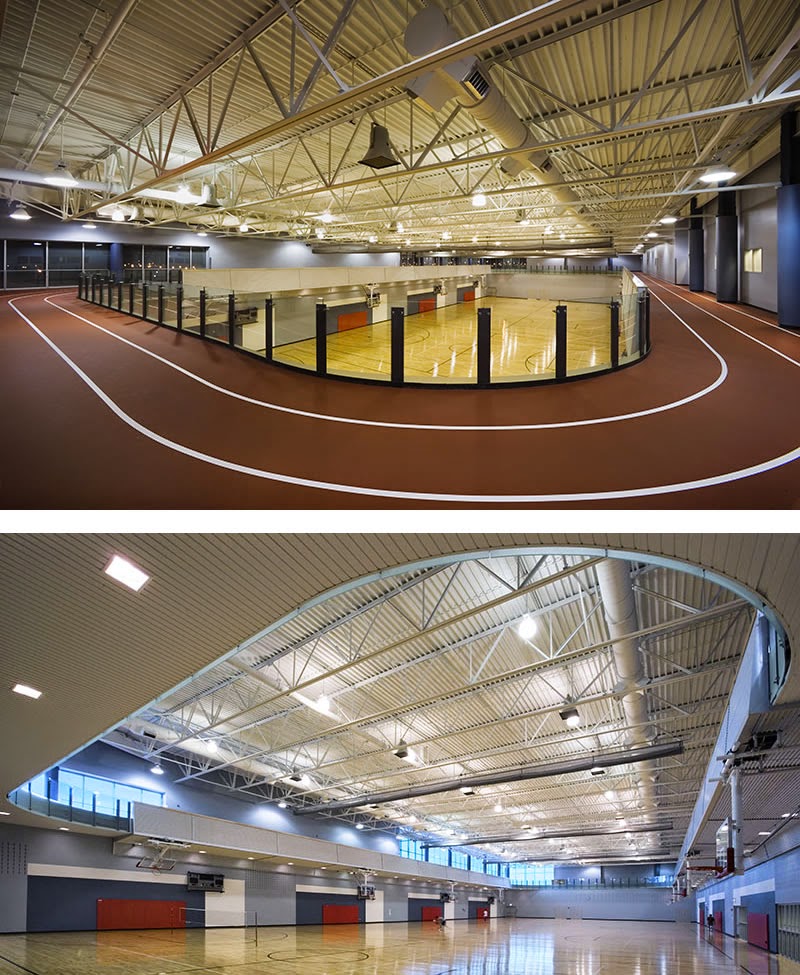