Last summer I passed along a cover story in AM New York about a "McMansion under construction in the historic Broadway-Flushing/Murray Hill neighborhood of Queens [that] pitted neighbors versus John Hsu," who was building a house in a style at odds with his neighbors. An article in this week's New York Magazine recounts how "the local homeowners’ association picketed his site [and] The Department of Buildings audited his plans twice, delaying construction eight months." Last summer all we could see was a concrete frame. Now we see that Hsu, with architects Grzywinski+Pons built just what he wanted: a tasteful Modern house that responds to its context but doesn't imitate it. 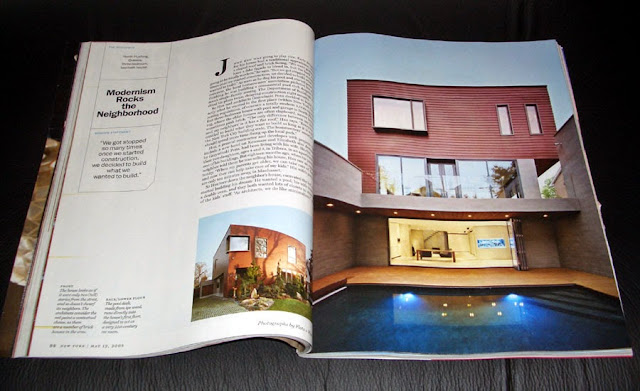 Now that the house is done, neighborhood reaction is mixed, as is to be expected in matters of taste. Hsu draws the line for and against in terms of age, the former being younger than the latter. Certainly an oversimplification of this ongoing debate, his take does illustrate that living in a neighborhood for many years (I'm guessing many of the older folks have here) makes on less agreeable to drastic change. I would argue that the change isn't so drastic; the house is reminiscent of mid-20th-century houses that embraced the International Style, but rooted it in local materials and colors. 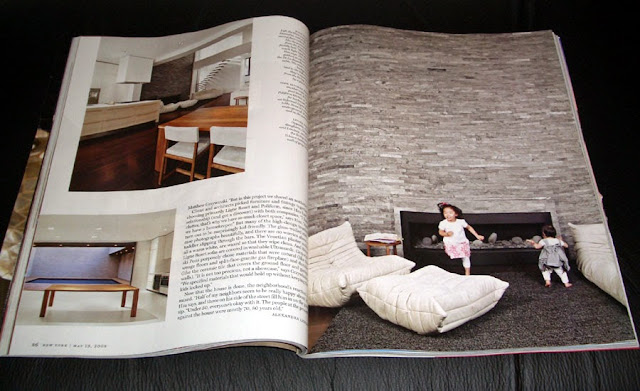 Last summer I asked what exactly people were rallying against. Was it the scale of the house? Its style? Or the negative expectations created by its concrete frame? The final product is better than could be expected, in my opinion. Certainly AM New York's photographs push the viewer to be more critical than the polished final photographs do, photos that carefully omit or play down the presence of Hsu's neighbors. This makes me want to head out to Bayside and see for myself just how good (or bad) of a fit this house is. This article gives the impression that the contrast isn't as big a deal as some make it out to be. 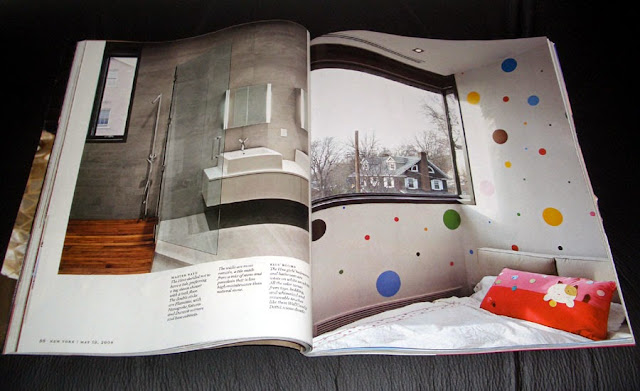 Update 05.24: Here's a few photos of the house in its context. That impression of the contrast being less than what it's made out to be turned out to be true, for me at least. The landscaping certainly softens the view of the house, and the massing is in line with its neighbors. If anything the color, which strives to relate to other brick houses, calls attention to itself more than the form or the articulation of the exterior. If anybody in the area wants to judge for themselves, the house in on 161st Street, between 33rd and 35th Avenues. 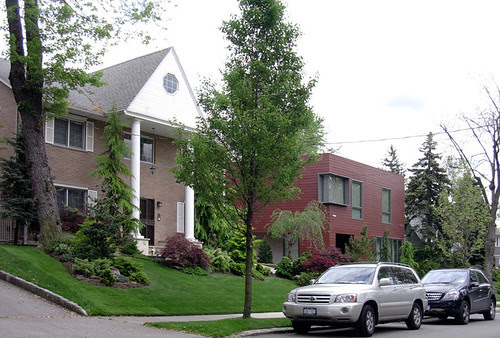 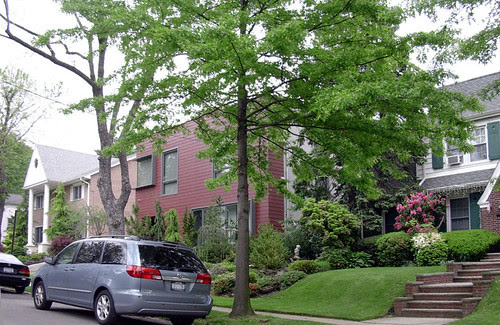