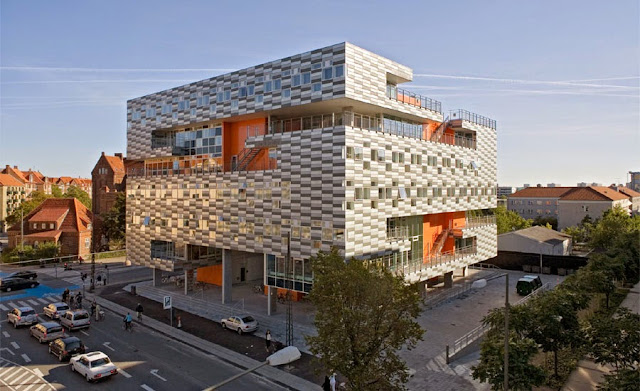 Photographs are by Torben Eskerod.

Situated within the new 770-acre Ørestad neighborhood south of Copenhagen's city center is the University of Copenhagen's Amager campus. Part of that campus is the Bikuben Student Residence, a building with 107 studio flats on six floors that also includes a gym, laundry room, terraces, and a party room. Like the nearby Tietgen Residence Hall, common kitchens and lounges on each floor help to create relationships among the residents.

Architects aart a/s stressed that "loneliness and lack of social relations are major problems for many students." They aimed to "provide the greatest possible contact between common and private rooms, while at the same time ensuring the privacy of each residence." The primary architectural means of providing this contact is via the "double spiral" surrounding the atrium space at the center of the cube-like building.

This atrium space is a complex space whose boundaries are shared by common rooms, terraces linked to the building's exterior, and the vertical circulation. So interaction is seen in various ways, be it via moving through the building, making dinner in a kitchen, or merely sitting in a lounge space and seeing across the space. It is the variety of spaces and orientations of these common areas that makes the decision to orient the project towards social interaction so successful. Placing a lounge at each elevator core responds to the same goal, for example (speaking from my undergraduate experience), but it wouldn't be as successful.

The complexity of the circuit of circulation and common spaces is expressed on the building via the cut-out terraces that wrap the four sides of the building. These areas are further accentuated by the bright orange color of the vertical circulation, with the remainder of the facade treated in a checkerboard pattern of light and dark gray, a gesture that seems to hide the windows, as if to give the separate residences a certain anonymity or privacy. As mentioned earlier, this last is a concern of the architects, contingent on its relationship to the common areas. The latter is open and bright, the former is closed and dull, like two sides of the same coin. 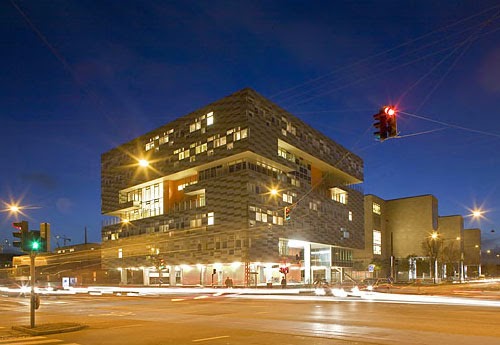 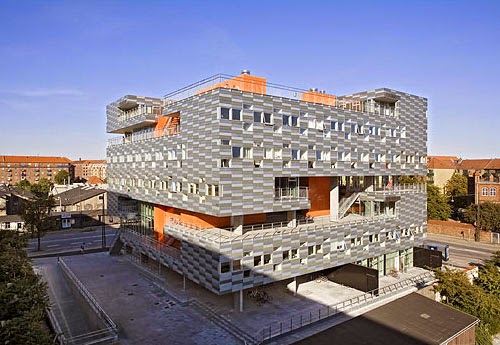 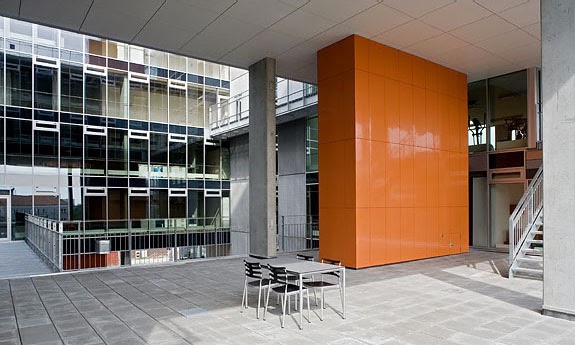 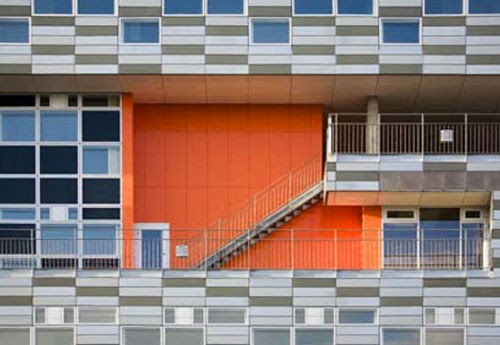 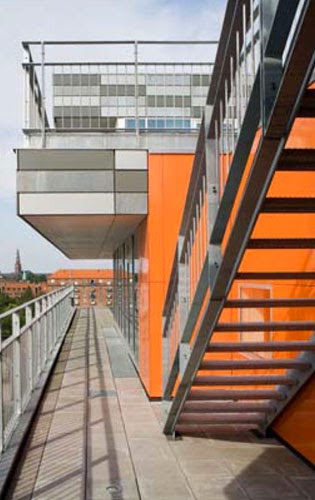 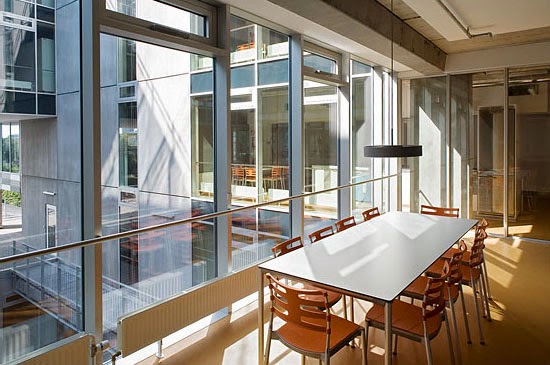 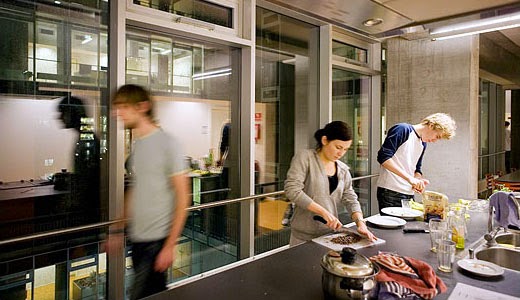 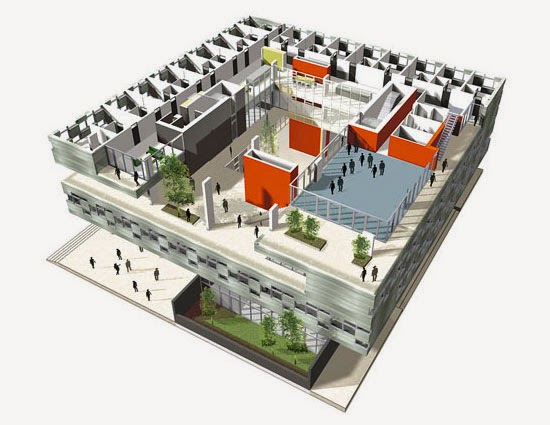 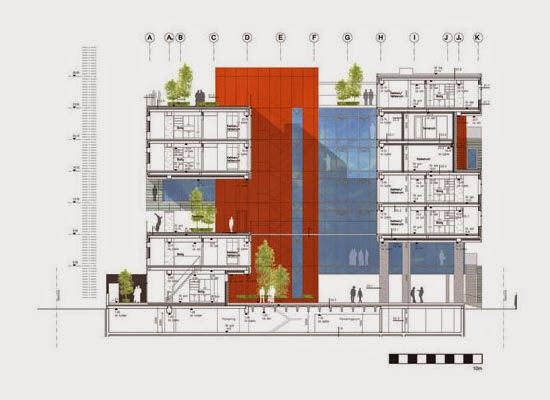