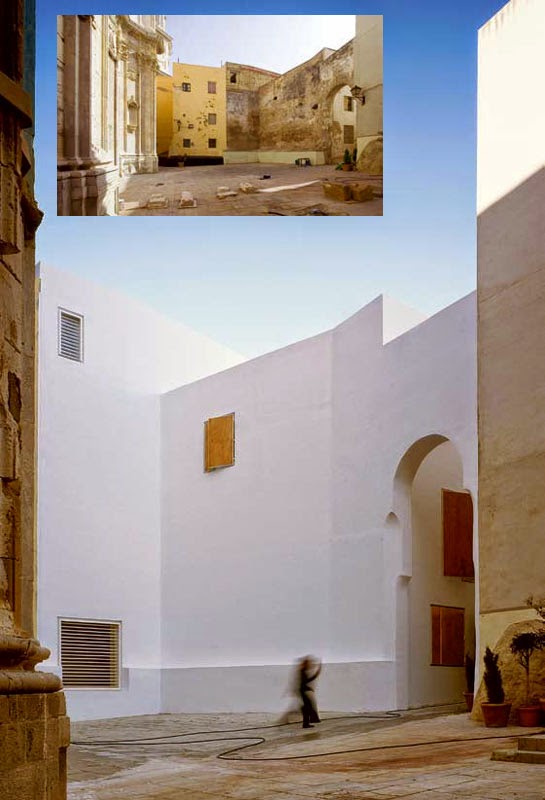 In the historic center of Cádiz, Spain, MGM Arquitectos approached the rehabilitation of seven houses as a layering of four types of interventions: the rehabilitation of the lowest two floors, the restructuring of the courtyard (having collapsed before the project started), rebuilding the second floor; and adding an attic level. The design aims to consolidate the walls dating from the 17th-century and earlier, keeping as much of the existing as possible.

Located adjacent to Cádiz's cathedral and its plaza, the project relates to the town's most famous landmark not only via proximity but by its layering of built interventions over time, as the 18th-century church is built on the site of the 13th-century cathedral that burned down in 1596. The primarily baroque church is visible from the new attic level, a particularly strong reading against the white walls of the rehabilitation. It is the white walls of the whole project that sets it off from what came before, a simple yet effective gesture that highlights other pieces of the project and helps bring light to the lower levels.

The project's location also extends to its larger context, namely the fact the central city sits on a peninsula in the Atlantic. This condition influenced the construction and choice of materials, from the rebuilding of the masonry walls and its plaster covering to the other notable design intervention, the hinged, marine-grade plywood panels that open into the courtyard and light wells.

The wood panels surely stand out against the white plaster walls, but they also give the spaces a variability through the different gradients of open and closed in the various panels. In a way it relates to the ever-changing fabric of the project and the city. The labyrinthine spaces and the complexity of both these and the layers of history also effectively evoke the character of the place, in a manner that extends its genius loci without rehashing the styles of a previous era. 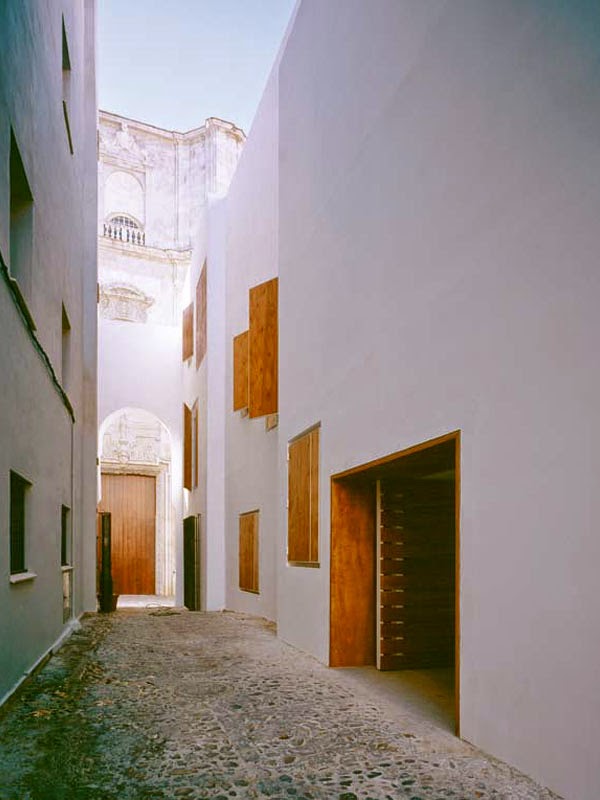 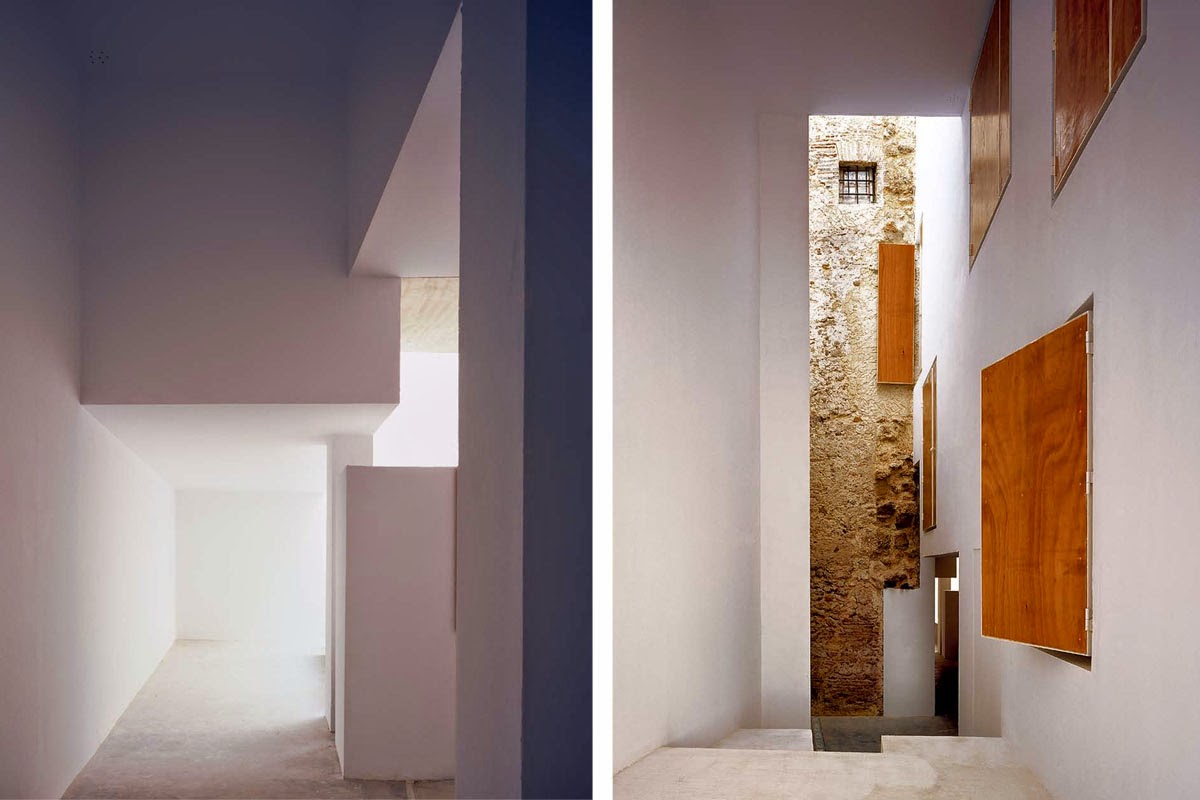 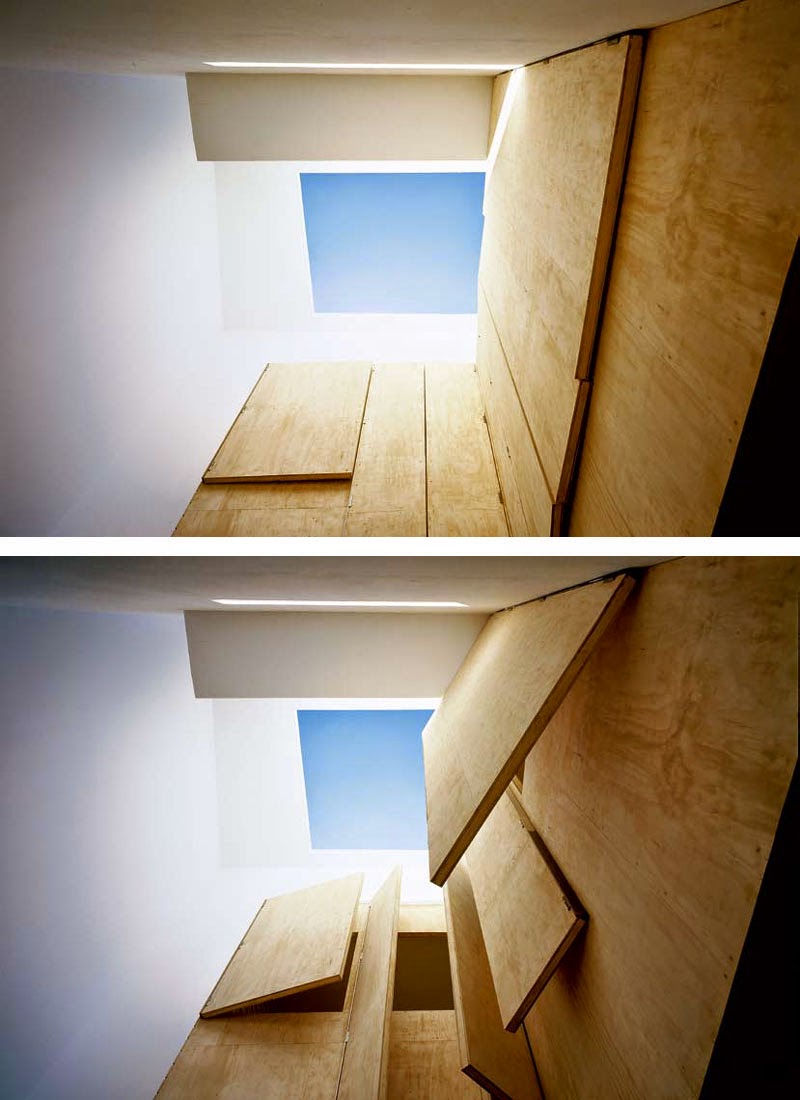 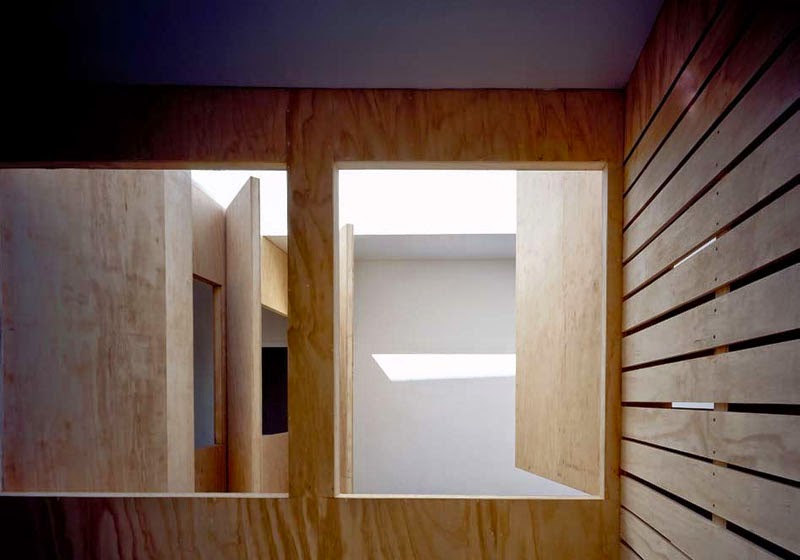 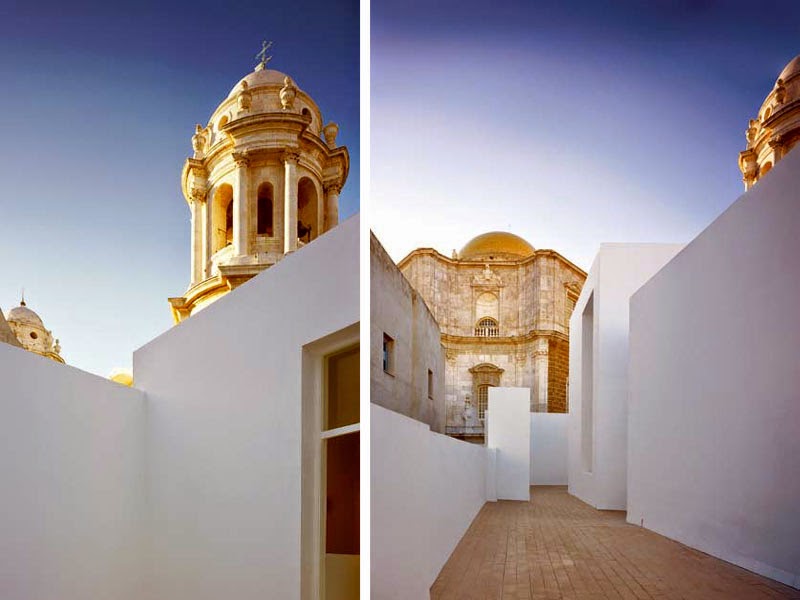 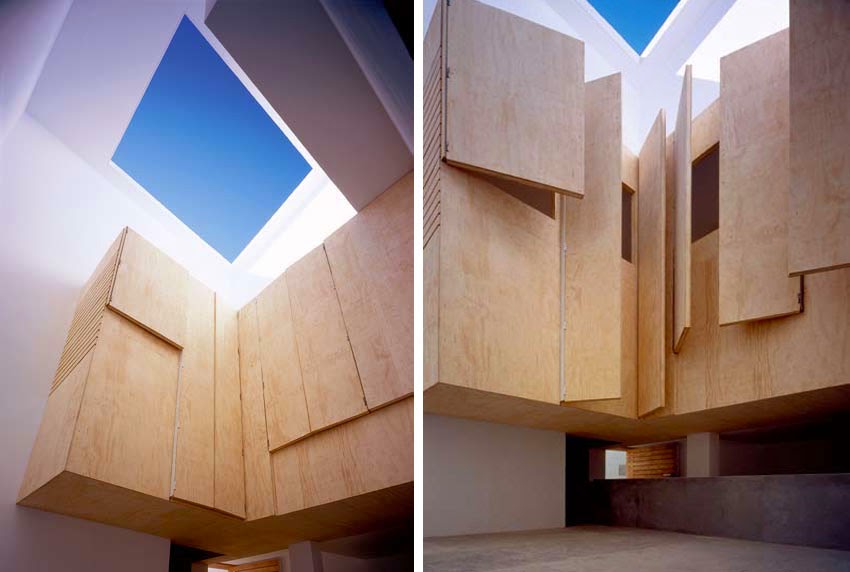 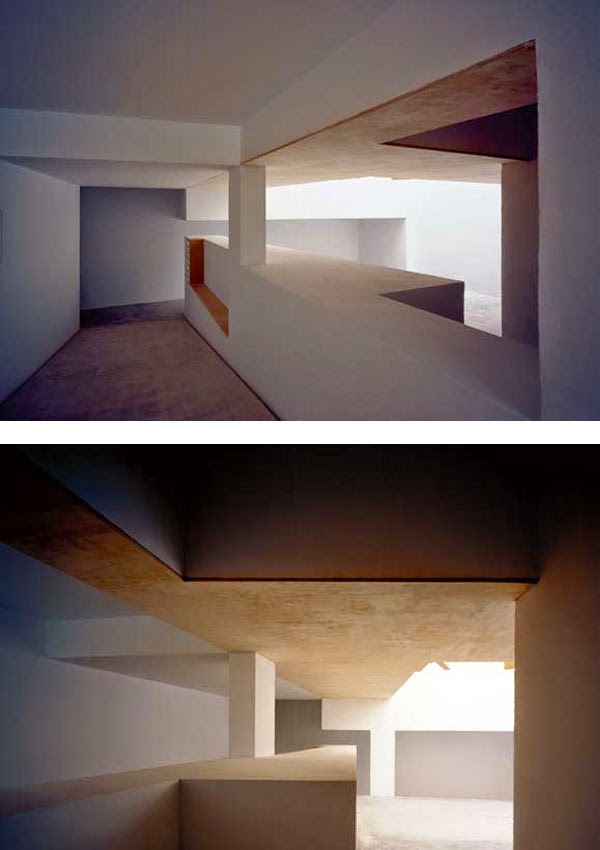 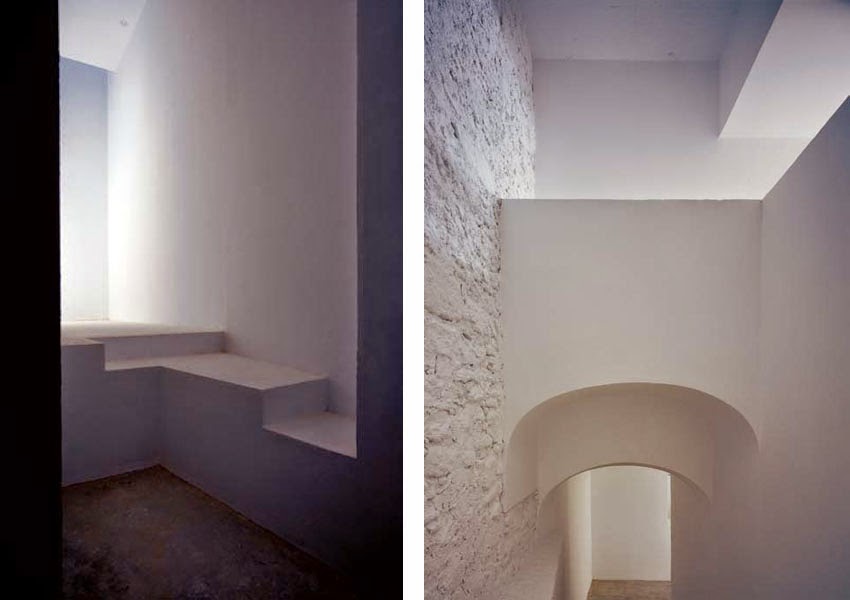 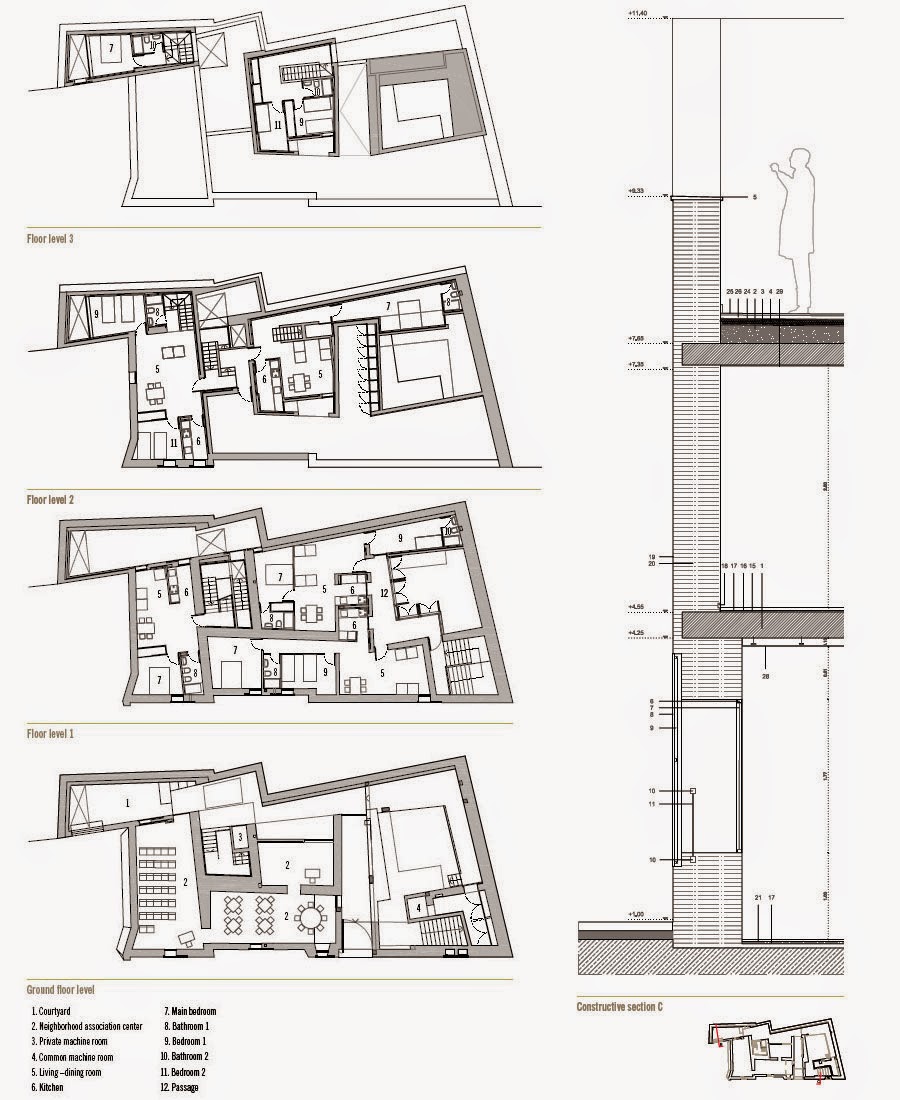