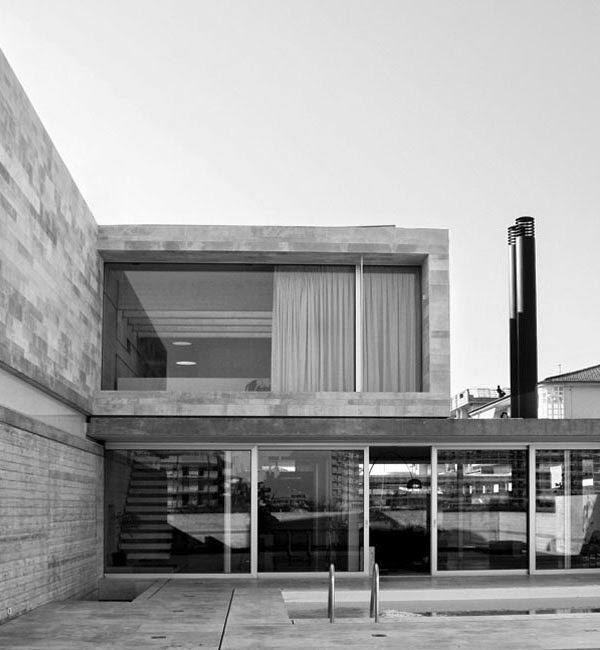 In the town of Aversa, a little north of Naples, is the aptly named Casa Doppia (Double House), aptly named as the house is not one but two houses, not-quite mirrored doubles of each other. Designed by local architects Iodice Architetti, the design and execution of the residence is such that one would warrant it attention, so the twin nature of the project makes one's way of looking at the design shift to take into account the circumstances.

The most obvious shift in thinking about the design is by looking at the floor plans. One notices that the plans are similar to each other, but not the same. They are not even mirrored opposites. Instead they are subtle manipulations of what are basically the same programs in roughly similar envelopes. For example, the ground floor of one locates the shared kitchen/dining/living wing perpendicular to the shared wall, while the other locates the same along that wall. The difference is subtle, the former with glazing on opposite sides and an intimate proximity to the pool and the latter with more solid walls and locating these spaces a bit more removed from the pool.

These sorts of subtle differences -- subtle in plan, but most likely more impressionable to the respective residents and visitors able to experience both sides -- are naturally due to site conditions. A look at the plan again indicates that the approach via automobile is on the long side for one and on the short side for the other. In addition to the hinge of the shared wall about which the two plans set up their layouts, the carports -- called out by their distinctive "lunar" openings overhead -- dictate much on the ground floor. The first floor plans, on the other hand, are basically identical, one a 180-degree rotation of the other.

This rotation takes place about a skylight at the center of the shared wall between the two houses. The stairs located below the skylight, coupled with small openings that give glimpses between the two, make the vertical ascent and descent the tie that binds each house, if you will. The articulation of the structure (image at left) and the shared wall are two of the most dramatic aspects of the design, something that might have been successful as a single residence but wouldn't have carried the meaning and richness of the Double House. 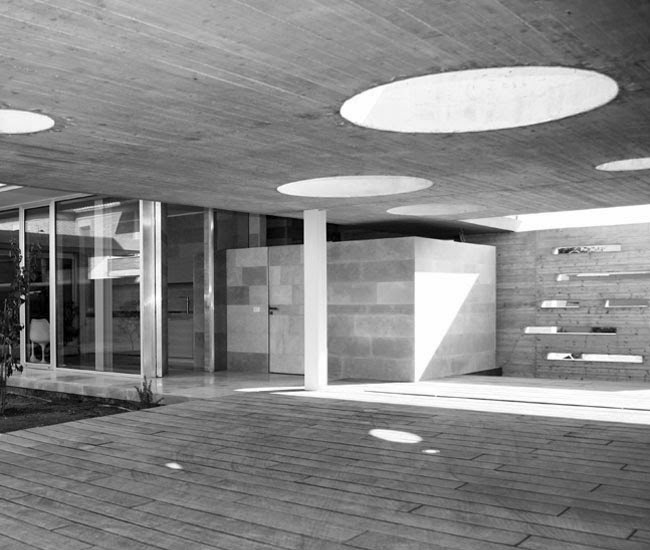 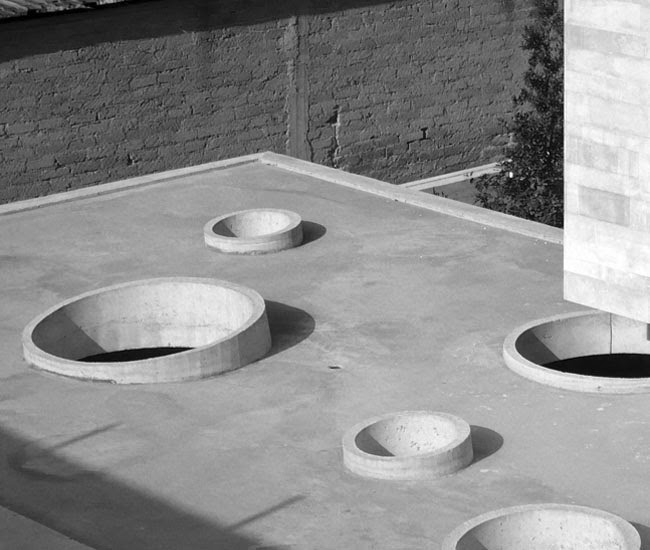 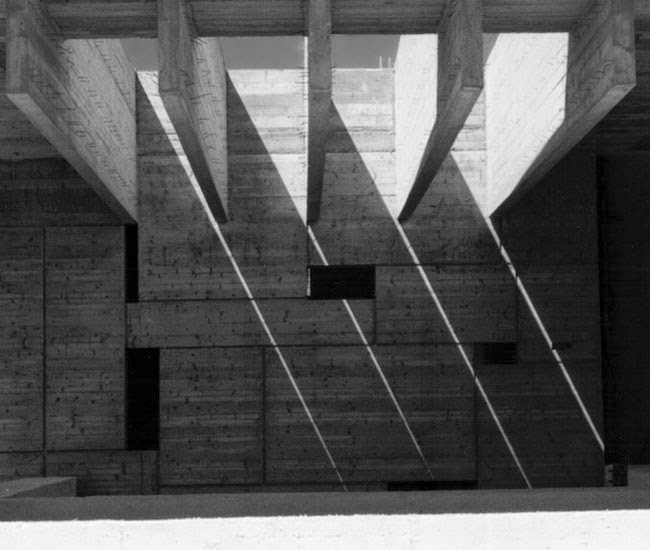 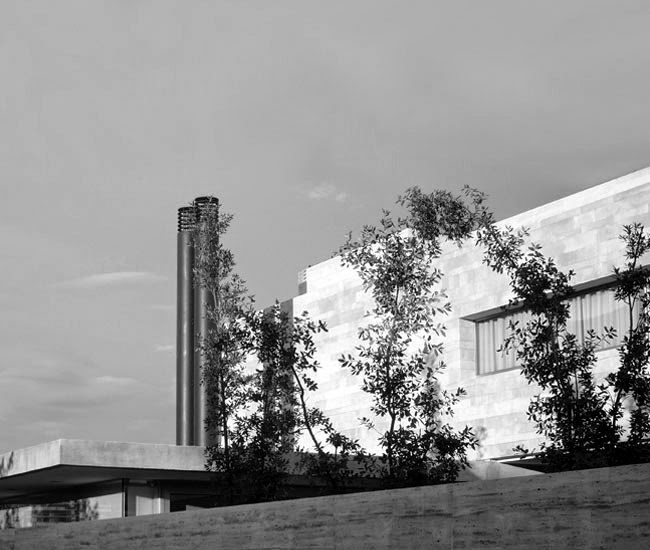 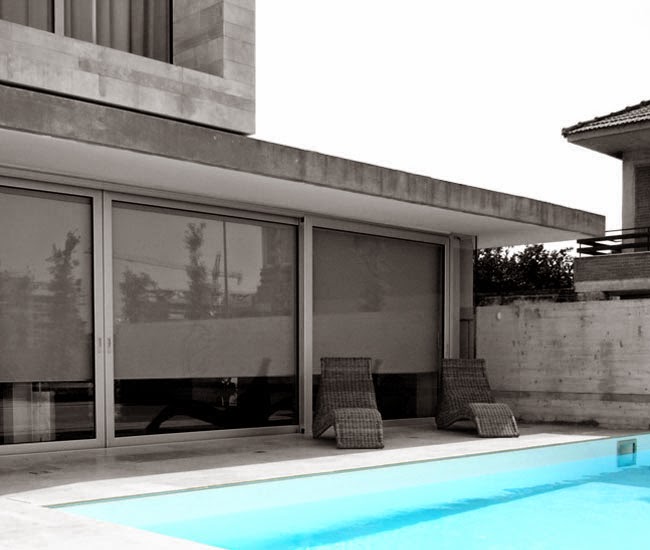 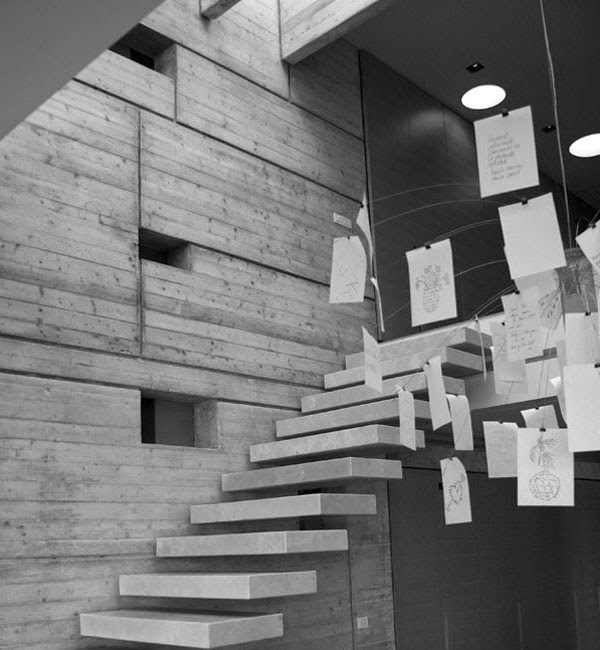 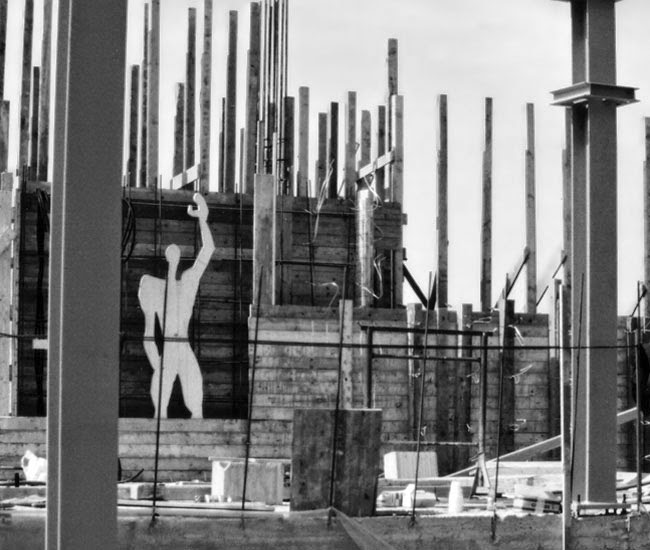 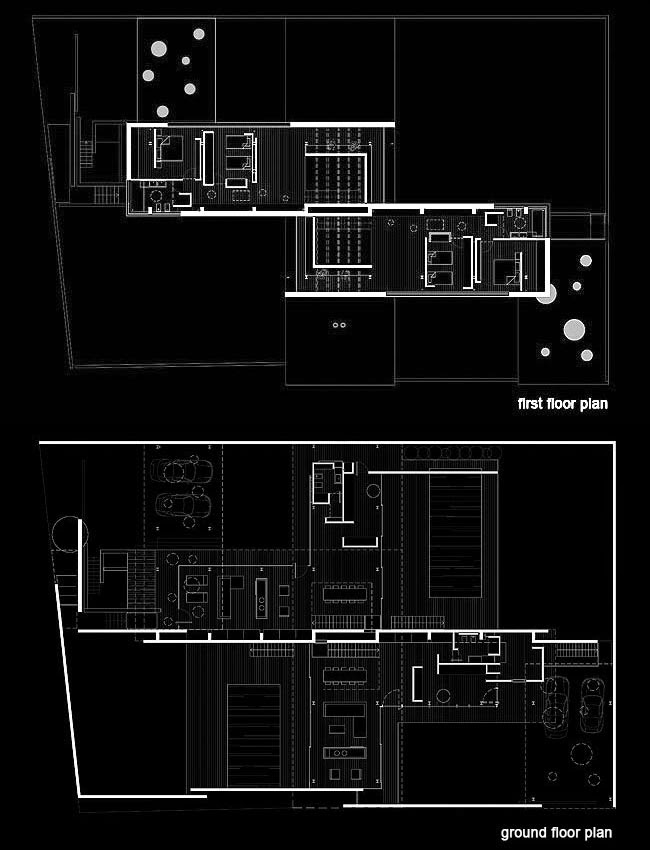 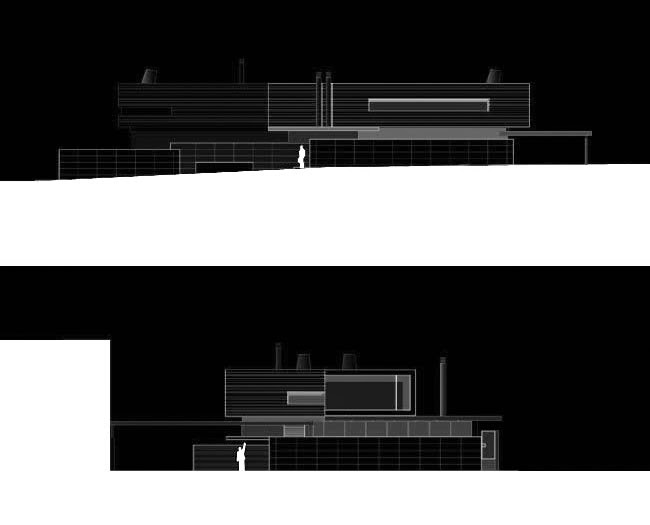