Even though this is obviously a rendering (not the real thing) of a 15-foot (4.5m) high book made for the lobby of the Burj Dubai, as reported by World Architecture News, it is hardly incredulous. It seems appropriate that the tallest building in the world, one inspired by the Emerald City, should have an over-the-top book associated with it. 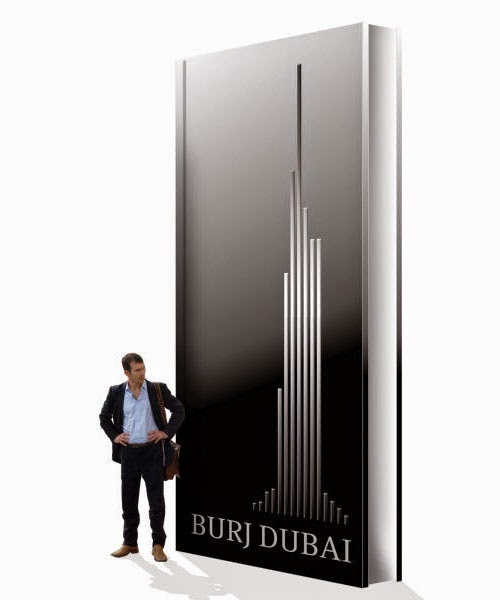 According to WAN, "the Burj Dubai Opus will stand tall in the lobby of the tower from its opening next year." There will also be "limited editions and collector’s item copies, some of which will be auctioned off for charity." Of course, a plethora of questions come to mind when thinking about a book three times taller than a person. Where does one keep it? How does one open it? How thick is the paper? How is it bound? What's the point? But more than any question, one has to wonder: Can it even be called a book?
Email Post