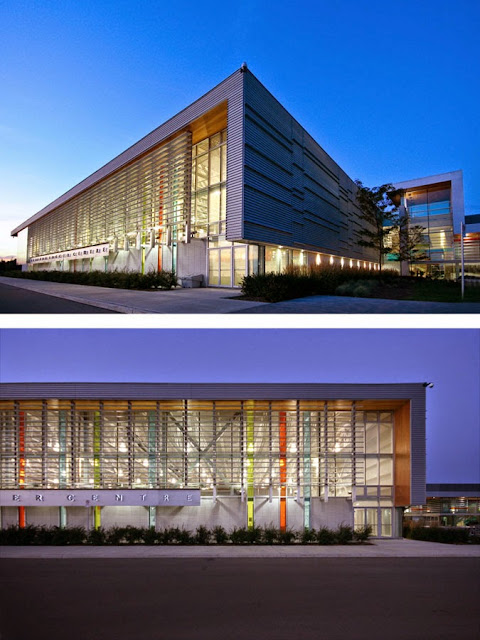 Brampton is the fastest-growing community in Greater Toronto, with a population nearing half a million. Much of the population is composed of South Asian immigrants, a demographic in favor of soccer rather than, say, hockey, so the decision was made over time to create indoor soccer facilities in the growing suburb. The Brampton Soccer Centre is designed by Toronto-based Maclennan Jaunkalns Miller Architects, a firm with a large portfolio of pools, arenas, and other recreational and community facilities.

Their design for the Dixie-Sandalwood area of Brampton skillfully integrates four indoor soccer fields into a building that elevates its suburban context. The pinwheel plan creates a public face visible from the intersection of two busy streets, as well as one for the main entry from the parking lots reached either via Dixie Road or Sandalwood Parkway. The main entry features a dramatic canopy by the vehicular drop-off. The canopy's wood underside is a warm contrast to the glass and metal prevalent in the design, as well as a hint at what's inside.

The interior of the building is bathed in natural light. Skylights bring daylight into the center of the deep plan, while abundant glazing -- much of it enlivened with splashes of color -- bounds both the circulation spaces and the indoor soccer fields. The former utilizes the aforementioned wood ceilings to add warmth to the spaces and clearly delineate the paths throughout the building; the latter also borrows light from the corridors through storefront glazing.

As natural daylight permeates the spaces of the Brampton Soccer Centre, so does a well-articulated material and graphic palette. In addition to wood and glass, one finds corrugated metal, different masonry units in shades of gray, more splashes of color in glass and paint, and tiles of black, white, and blue. Signage is skillfully integrated into the various spaces, from the entry to the locker rooms and bathrooms. This illustrates the attention to detail that the architects and clients lavished on a type of building all too often constructed as prefab sheds without a connection to their surroundings, whatever that may be. 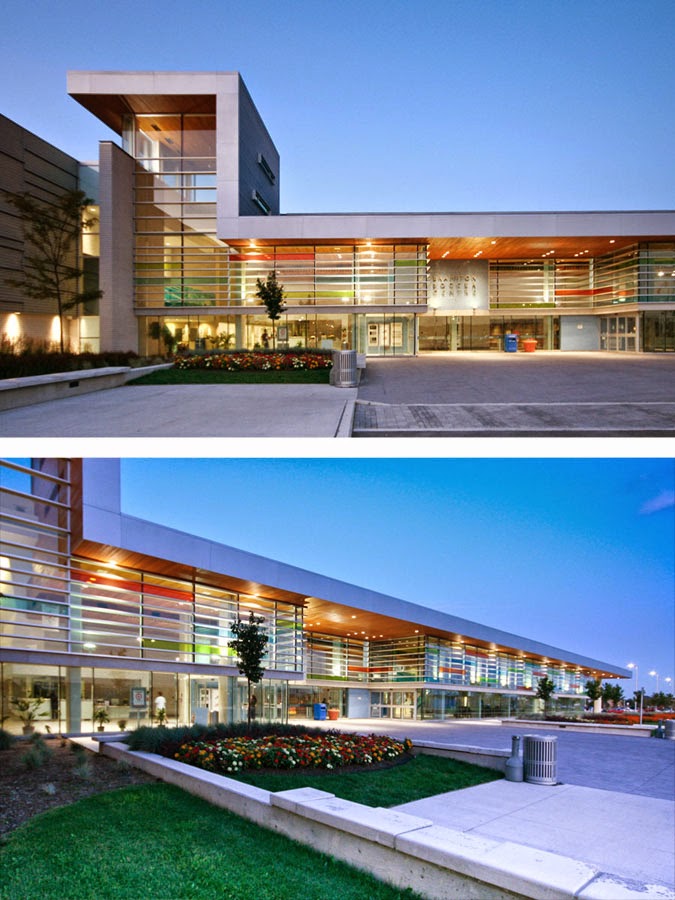 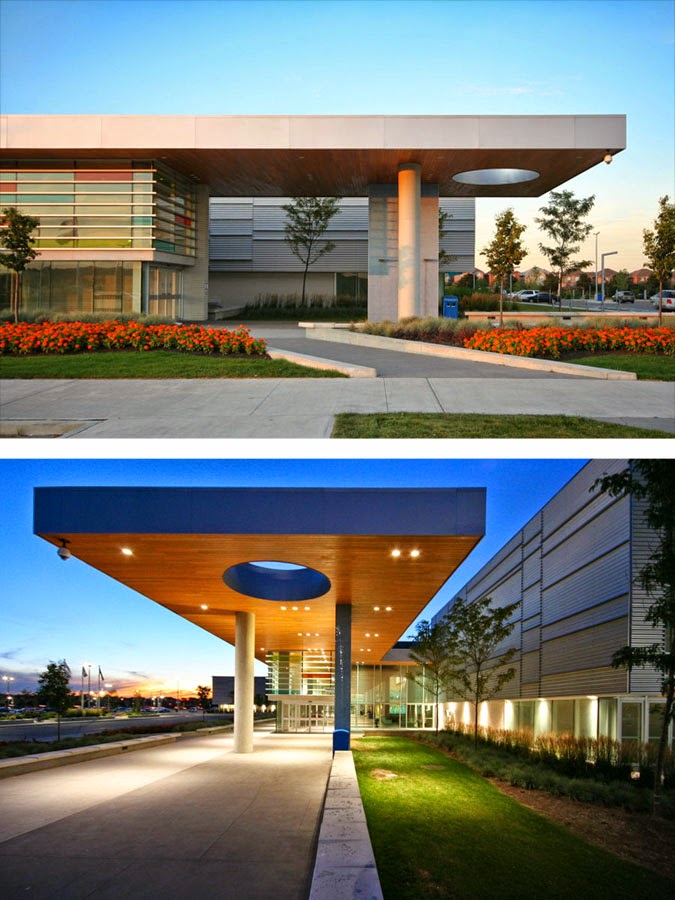 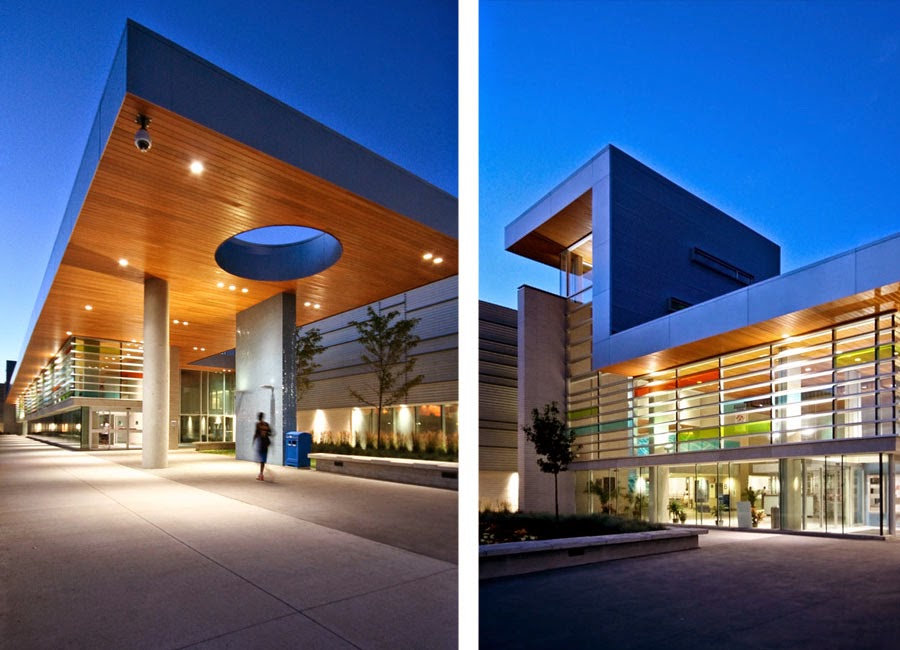 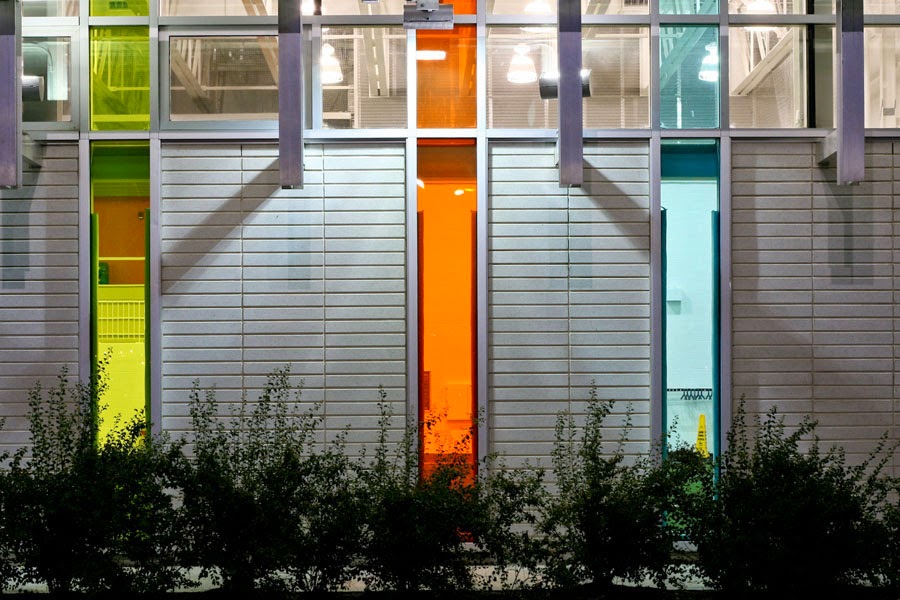 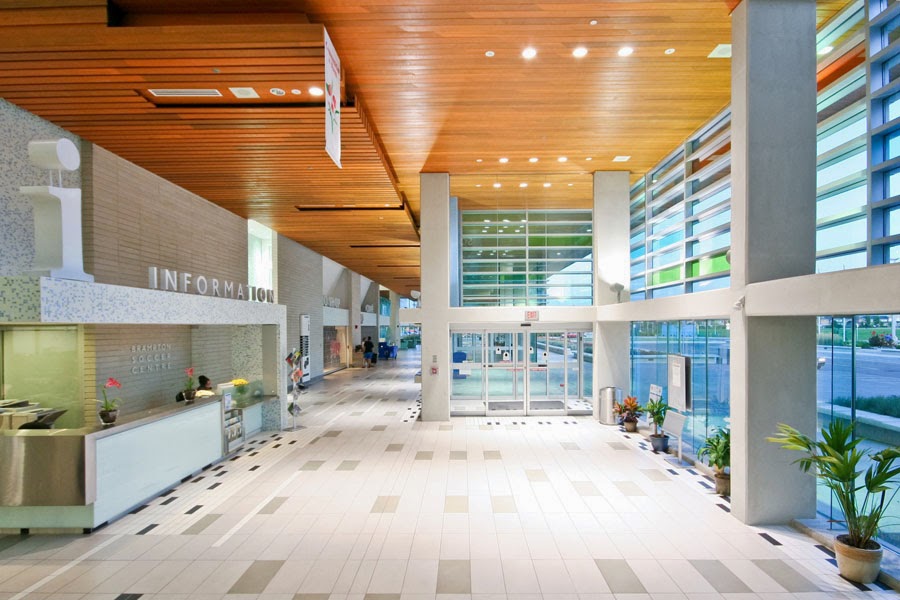 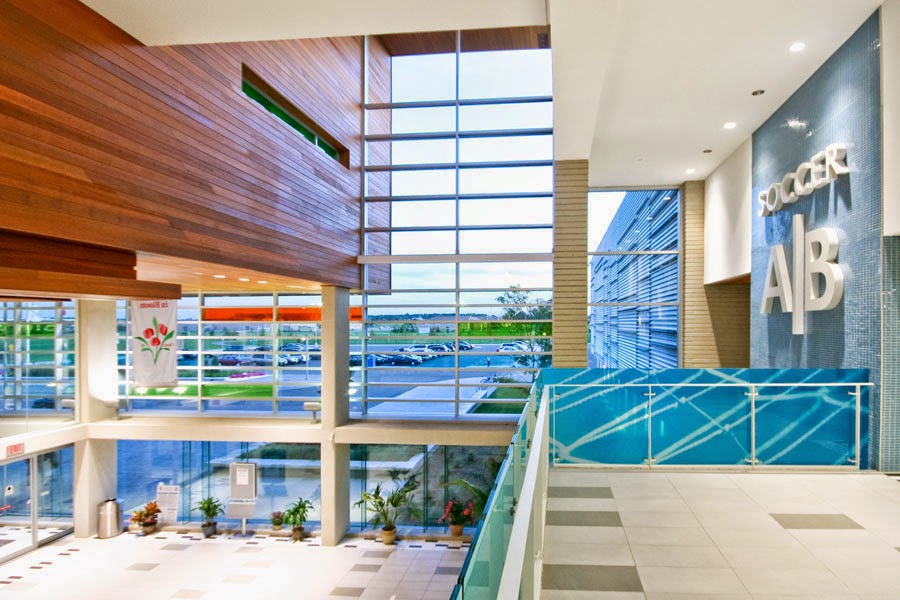 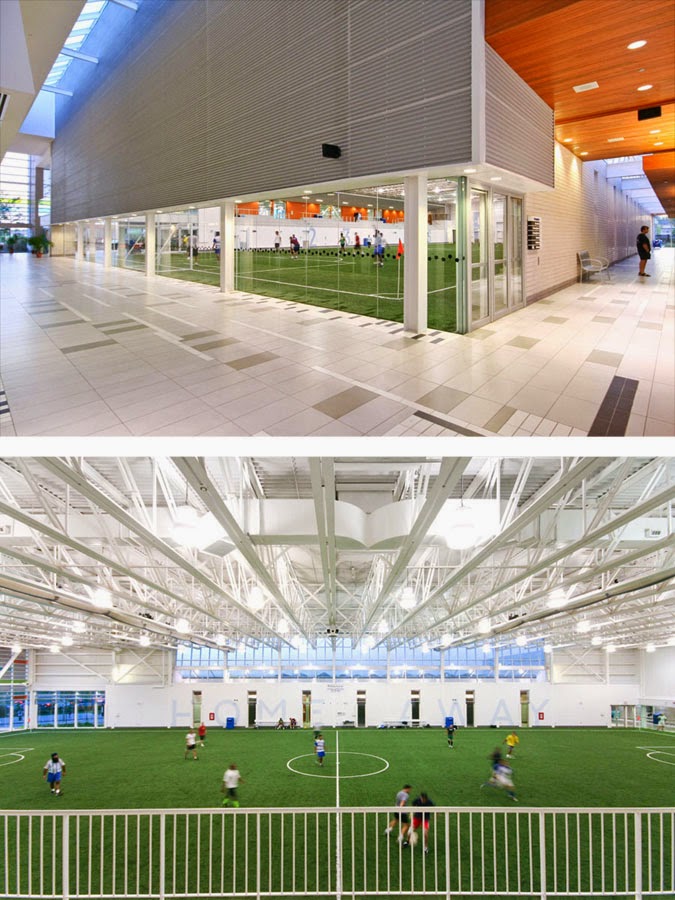 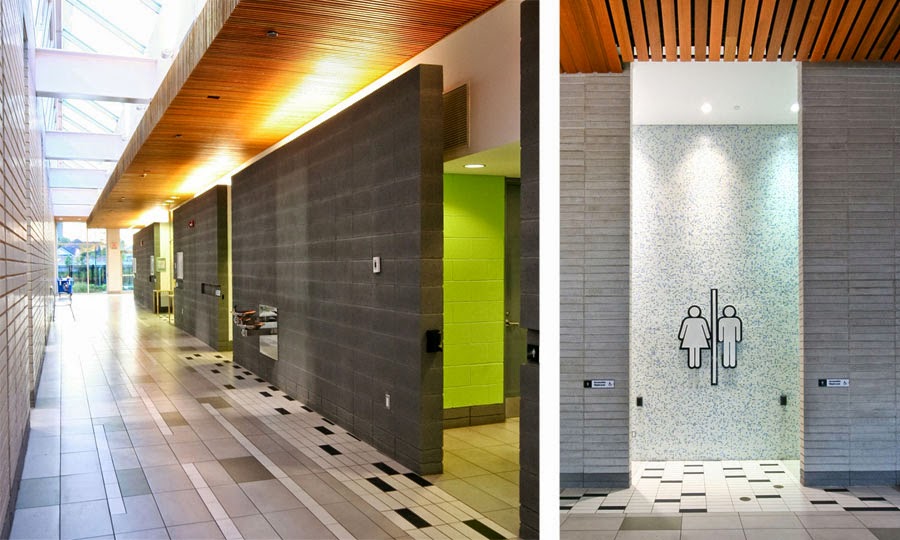 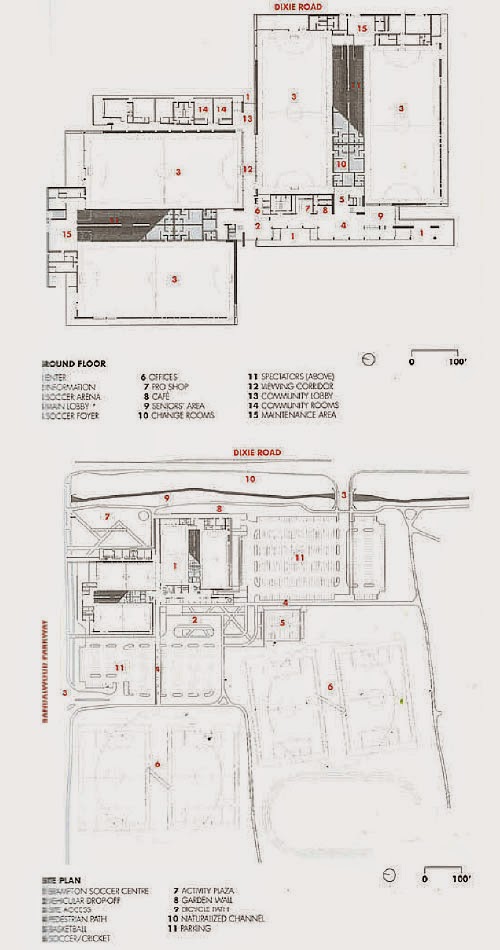