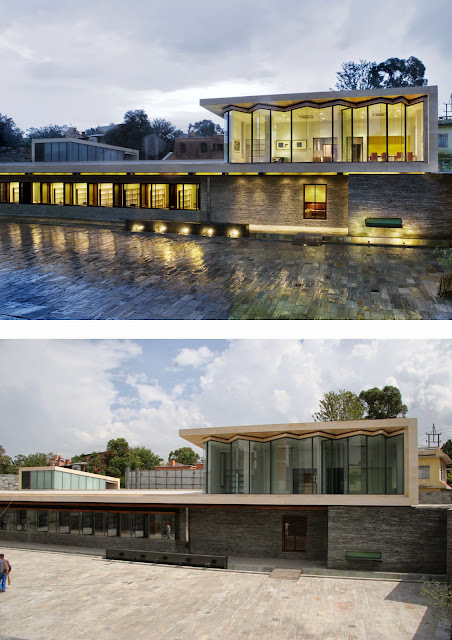 The Norwegian Embassy is built as a freestanding building in the garden of an older villa which previously housed the existing embassy. The site, in the area of Lalitpur, is roughly 4 acres and sits high overlooking Kathmandu. The fall of the site to the north, taken from the highest point down to the entrance area and courtyard, is equivalent to one floor level. The site is surrounded by high walls with neighboring buildings built right up to the property line.

The project's aim was to create a representative yet modest building which presents Norway in a modern and quality-conscious way. It was intended that the forming and detailing of the building not be alien to Nepal and that the use of materials should reflect local ways of construction. The new building is mostly one floor level, lying low in the landscape so as not to obstruct the view of the Himalayas from the Ambassador's residence. A smaller two-story volume towards the west was pulled further out than the ground floor so as to mark the main entrance. The zig-zag formed ”Himalayan window” mirrors the mountain range in the distance.

Vehicular access is secured by a main gate and sluice which allows for inspection of cars. The entrance courtyard and driveway are an important introduction to the embassy. Natural stone of high quality is used throughout with planting on shelves integrated into the walls. There has been an emphasis on presenting Norwegian culture through an open and transparent working environment where the use of glass partitions has been used to divide rooms. A long hallway which connects offices and common rooms opens towards a south facing patio with terraces and planting.

Materials include slate, either as tiles or as dry stone walls, travertine at the top floor’s facade and roof edge, aluminum and glass for the façade system, and locally available Sesau timber for pergolas. The building’s main structure is a stiff framework of columns and beams built upon a concrete raft foundation. Nepal is one of the world’s poorest countries, and it has been a challenge to get access to materials, equipment and technology. Local contractors with Nepalese workers were used for the construction, the latter generally coming to Kathmandu from their local villages with their families, with accommodation built on a neighboring site. 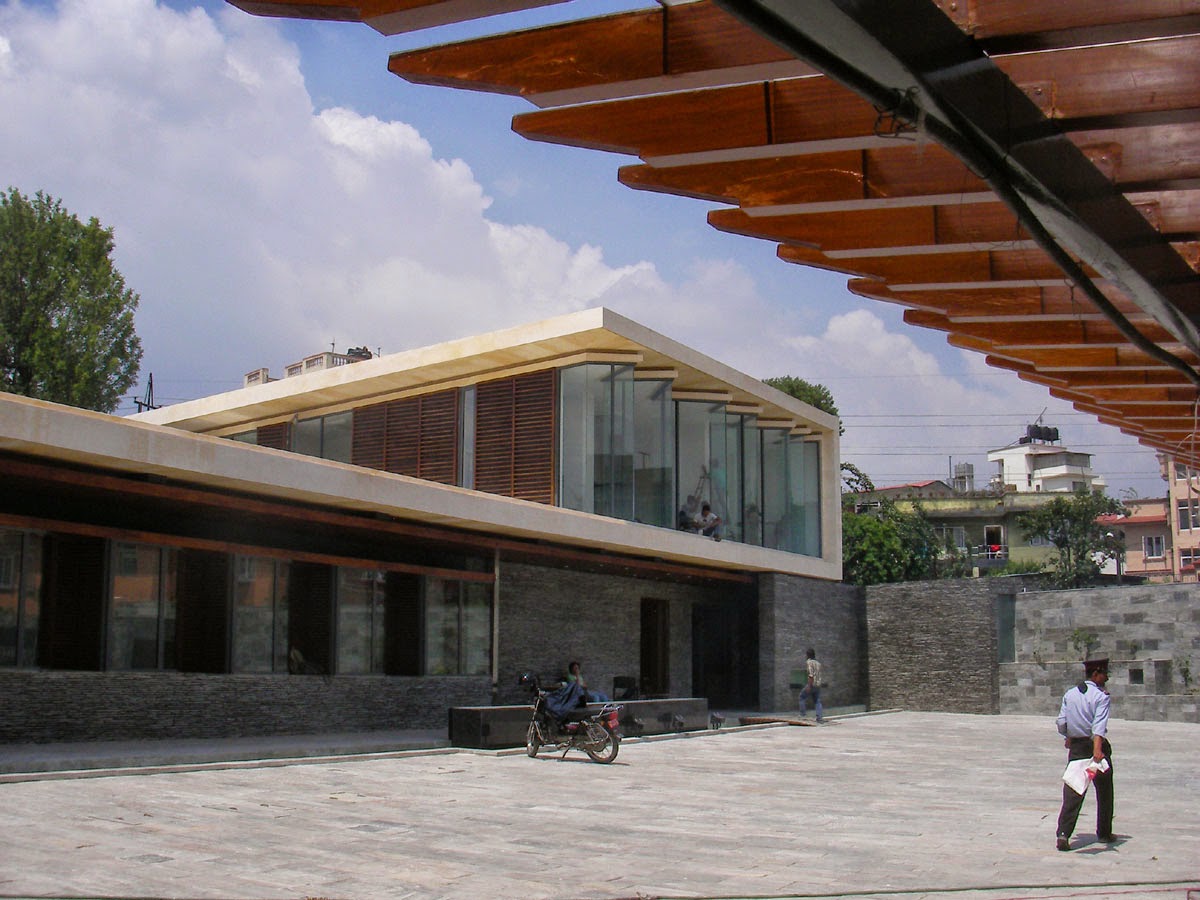 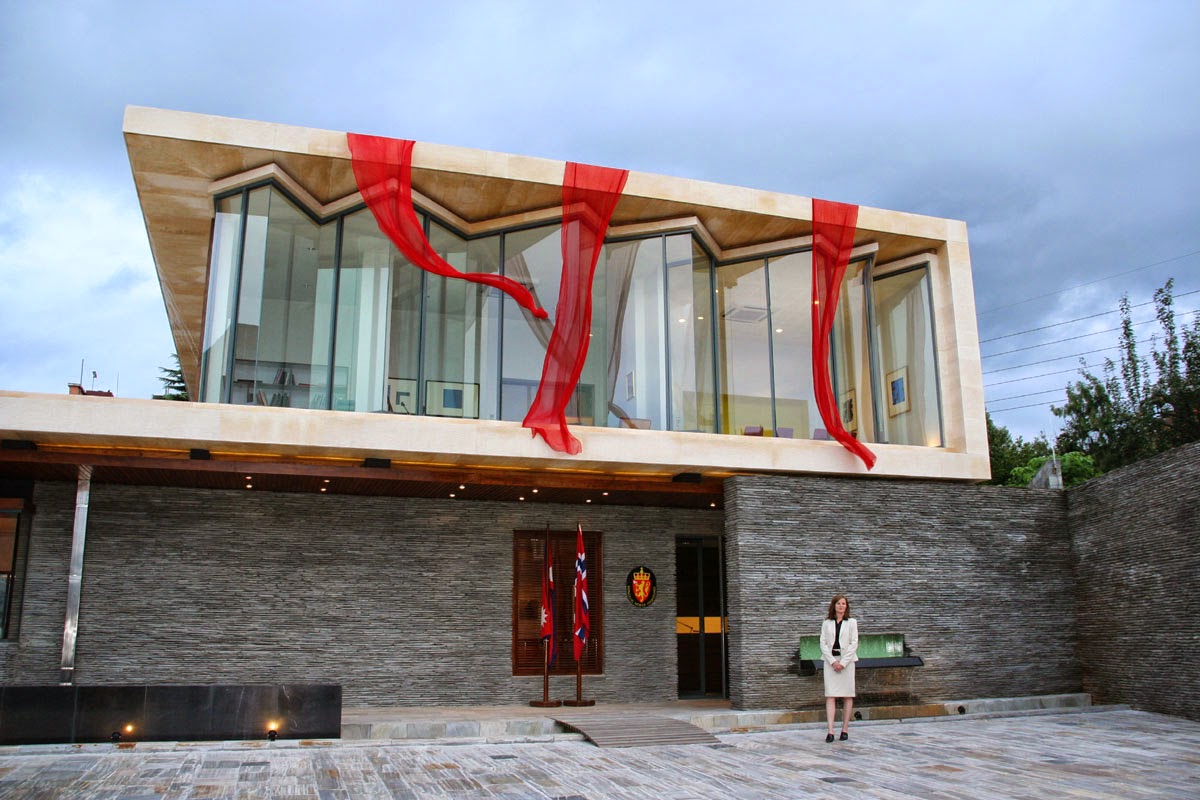 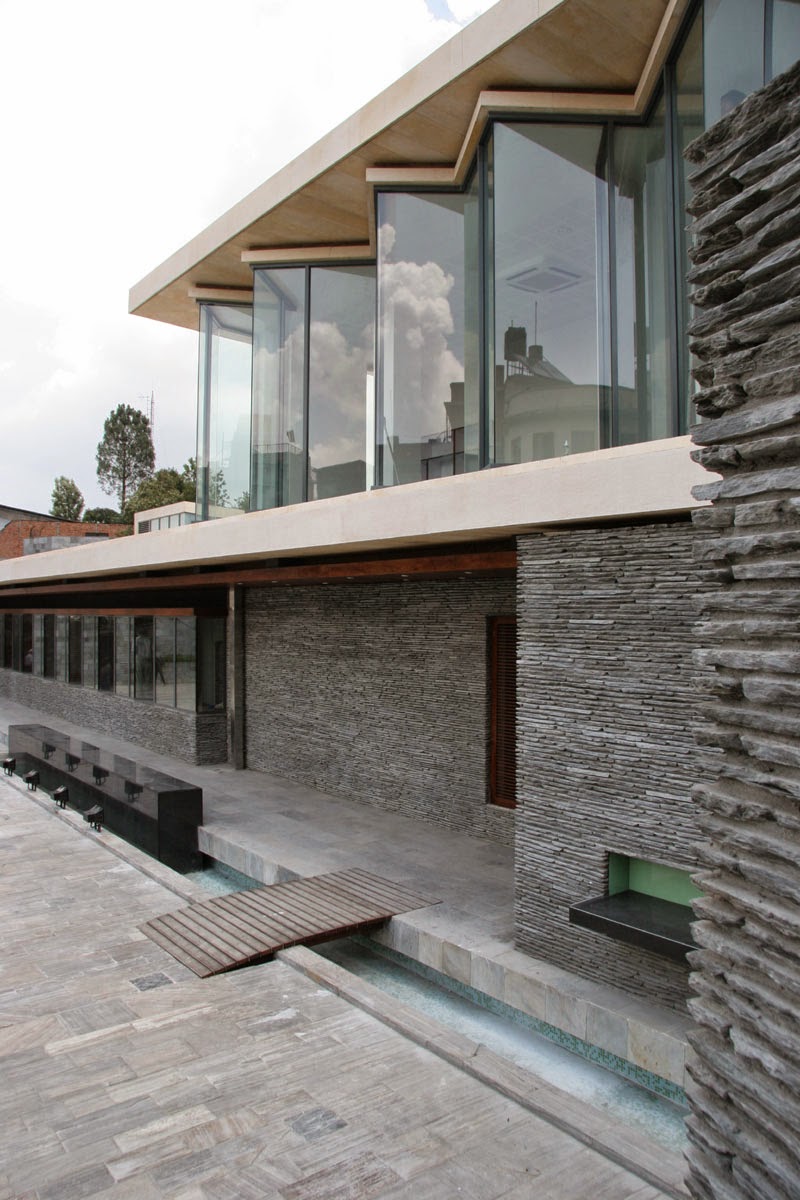 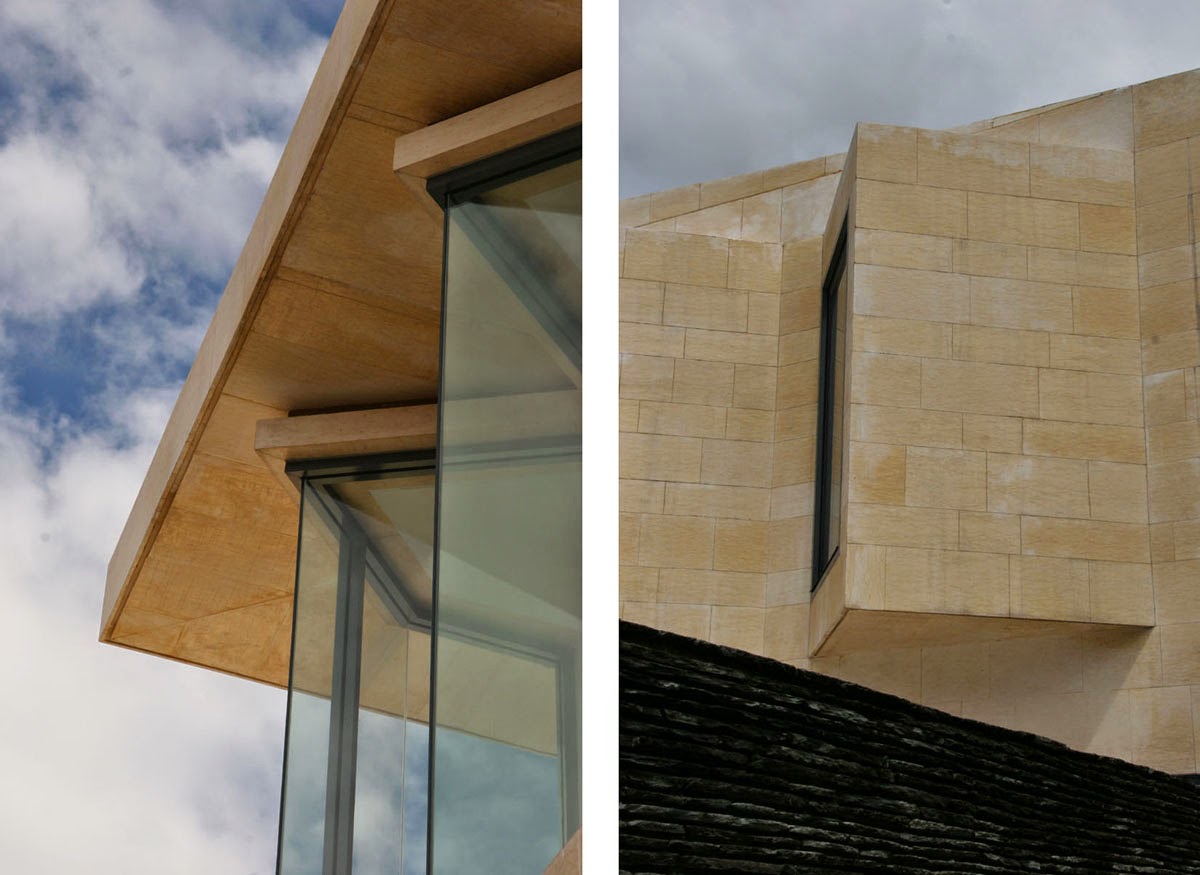 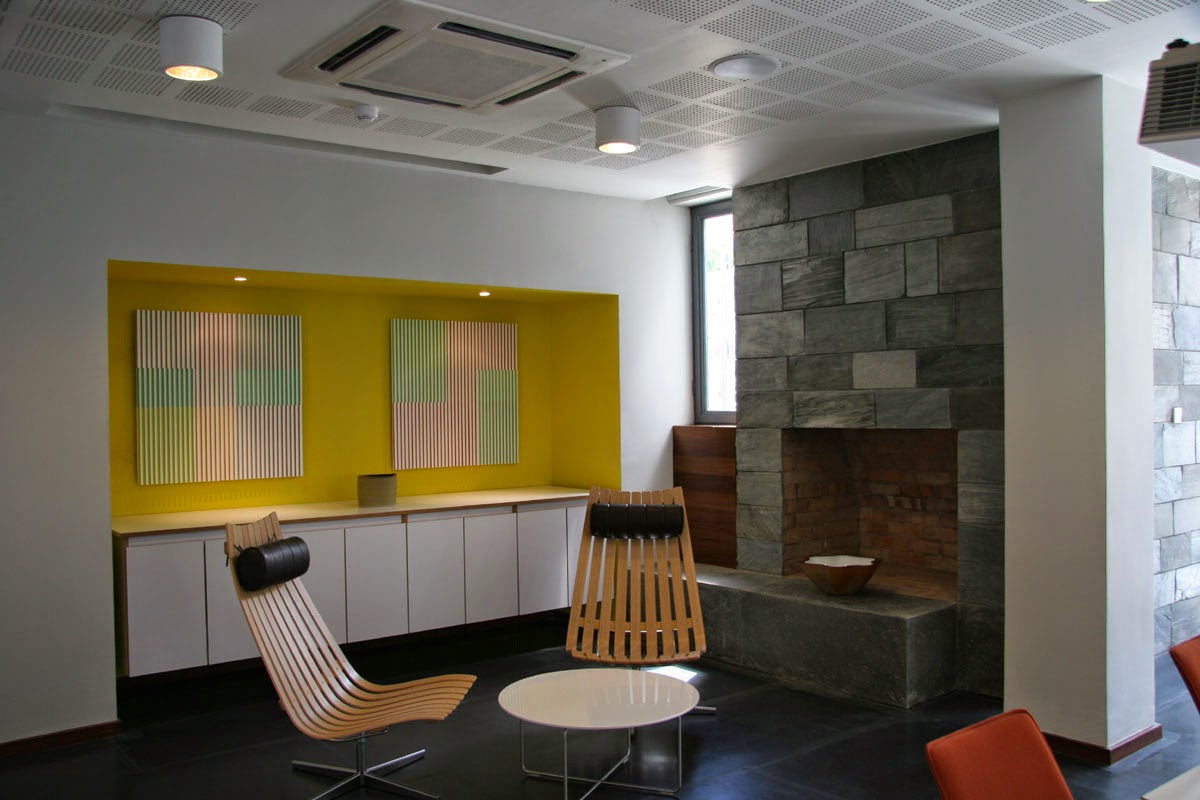 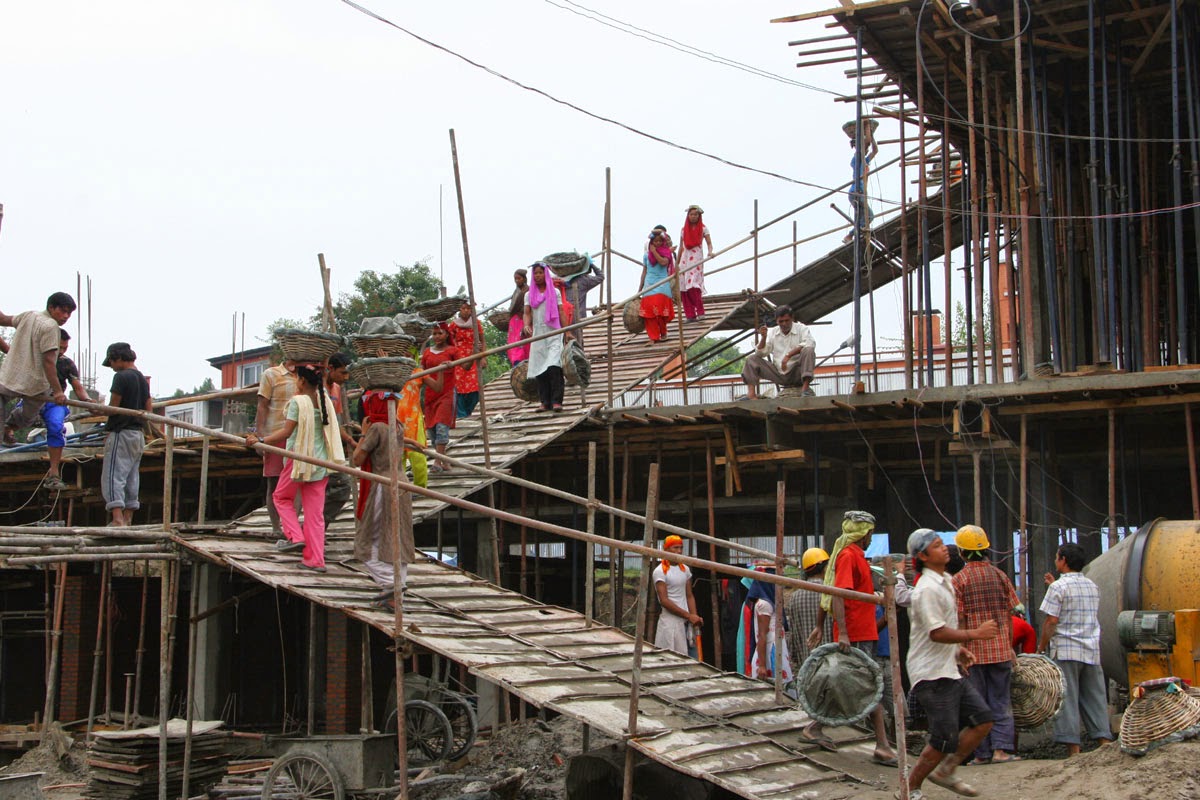 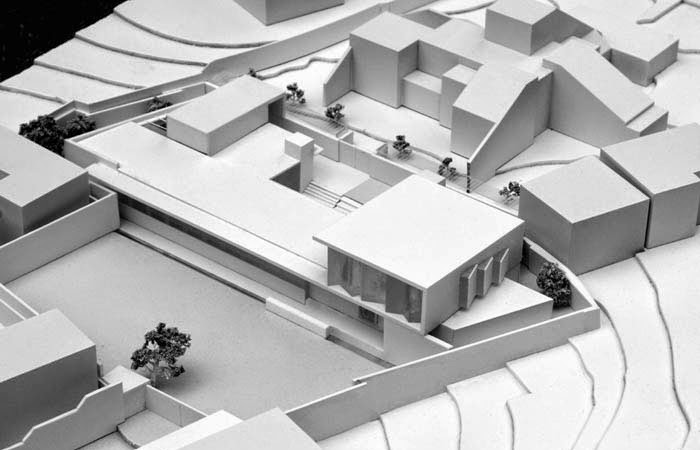 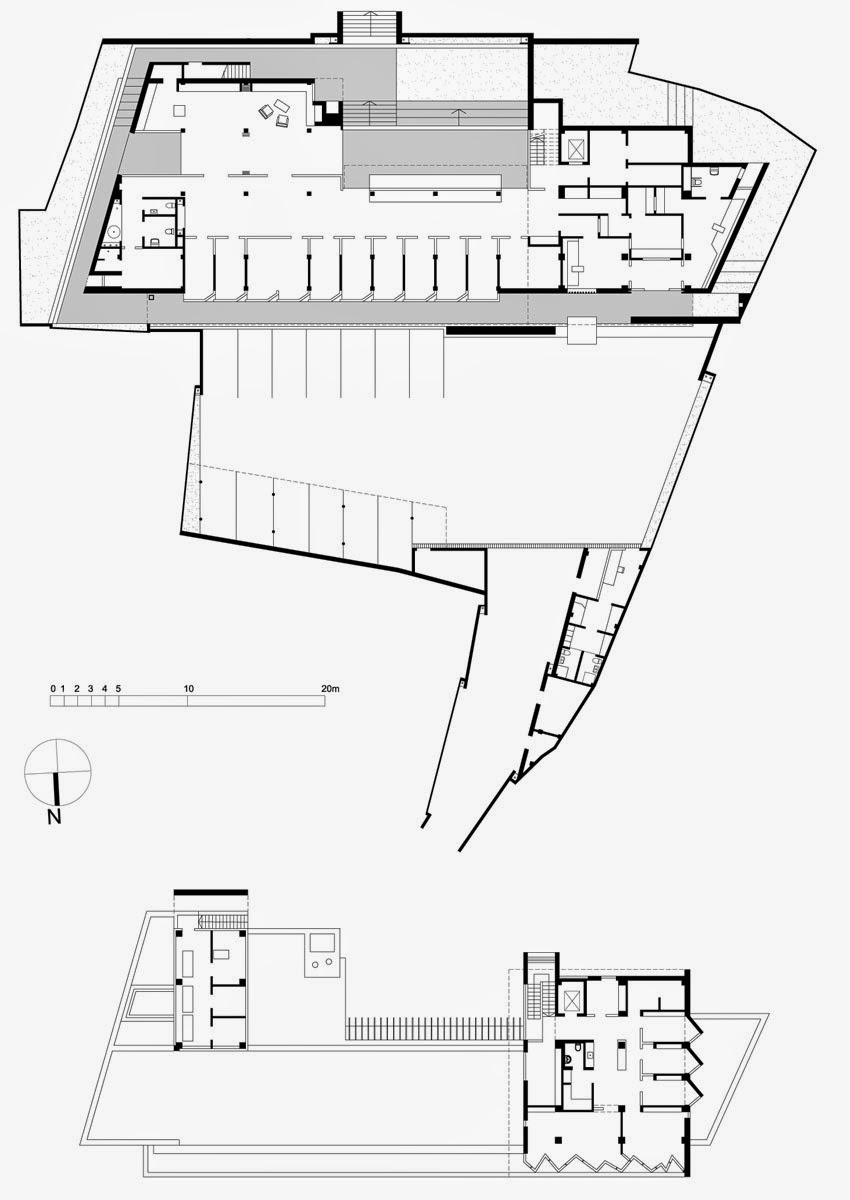