Over Thanksgiving break, while in St. Louis visiting family, I saw a model for David Chipperfield's addition to the St. Louis Art Museum, a 1904 Cass Gilbert building in Forest Park. Located in the museum's grand lobby (aka sculpture hall), the model played down the obvious contrast between the two by abolishing the neo-Classical details of the old building. The description for the addition asserts that it defers to its predecessor, mainly via the low massing of the single-story, skylit structure, an important consideration given the museum's prominent location on Art Hill. Fortunately the new building locates the parking that it displaces to its lower levels, approximately 300 spaces. See Architectural Record and the museum's own site for information on the expansion unveiled last year. 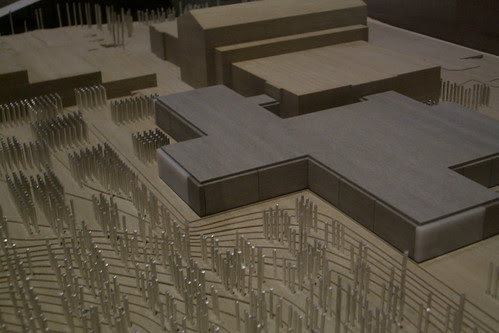 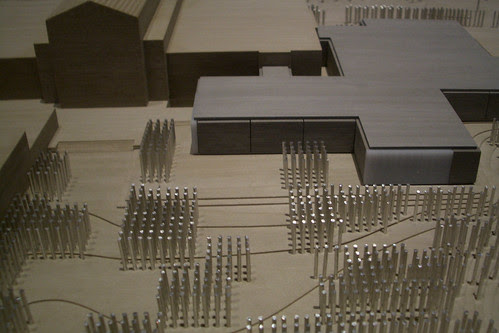 One year after its unveiling comes news that the museum is temporarily delaying its expansion, due to the economic downturn that is plaguing numerous high-profile projects, such as Chicago's Spire. This sort of news will probably be more and more common, especially for institutional commissions like this that rely on the generous donations of those with lots of disposable income.
Email Post