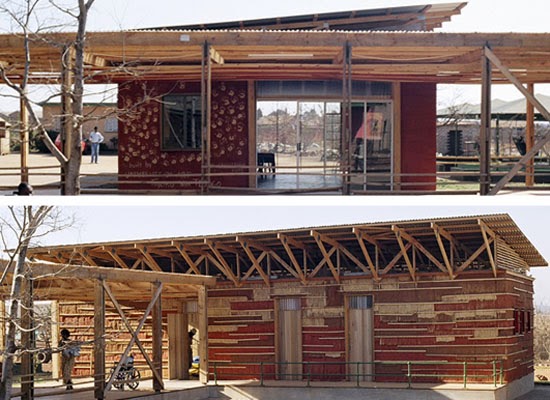 The decision to build with earth, to create earth architecture, is one that encompasses social, economic and ecological considerations, not just aesthetic/ architectural ones. Living Tebogo, a home for handicapped children in the Orange Farm township of Johannesburg -- an area marked by poverty, AIDS and unemployment -- admirably addresses these concerns. Planned and built by BASEhabitat, a project studio at the Kunstuniversität Linz in Austria, the project illustrates how earth construction incorporates the local community in the process, saves money on imported materials, and improves indoor conditions without the need for mechanical means.

According to BASEhabitat, the dominant buildings in the area are shacks built of sheet metal, corrugated iron or car parts, meaning "in summer it can become unbearably hot in these shacks (up to 45°C), while during winter nights it can be noticeably cold (to 2°C)." These extremes are primarily due to the poor insulating qualities of these cheap and readiy available materials. The design that the students implemented reduced these fluctuations to 9°C, via the use of concrete blocks, earth, clay, straw, timber and grass mats.

The primary earthen construction of the two new buildings added to the existing four-building complex is wattle and daub, where horizontal wood slats (wattle) are filled with a combination of wet soil, straw and other binding additives (daub). In one of the buildings this construction is expressed by leaving the horizontal wood slats exposed. Variation in the spacing of these slats adds interest to the facades, as does variation in color of the daub, owing to the natural variation of the local soils and the different mixtures. The other building is finished smoothly, with a couple interesting additions: a wall with recycled glass bottles inserted on end in a random pattern and handprints of the students and locals added at the completion of the project.

A wood and plastic trellis is the last component of the small project. It links the new buildings and one of the existing buildings. Through the location of the former in relation to the latter a paved open space is created. Marked by a tree, this space becomes a social condenser for the school, a space that links old and new, even though at first glance the new buildings appear in some ways to predate what came before them. BASEhabitat's emphasis on the social, political and economic realms of development is clear in their executed work here. The architectural design certainly holds merit, but how it serves the students and the local community is where the strength of the project lies. 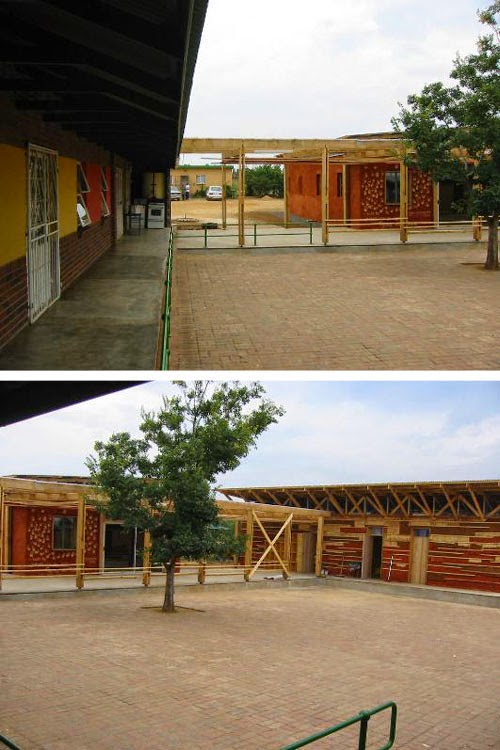 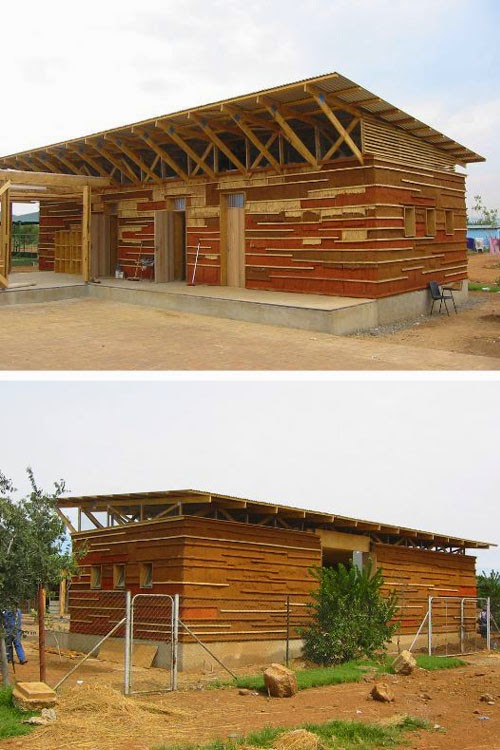 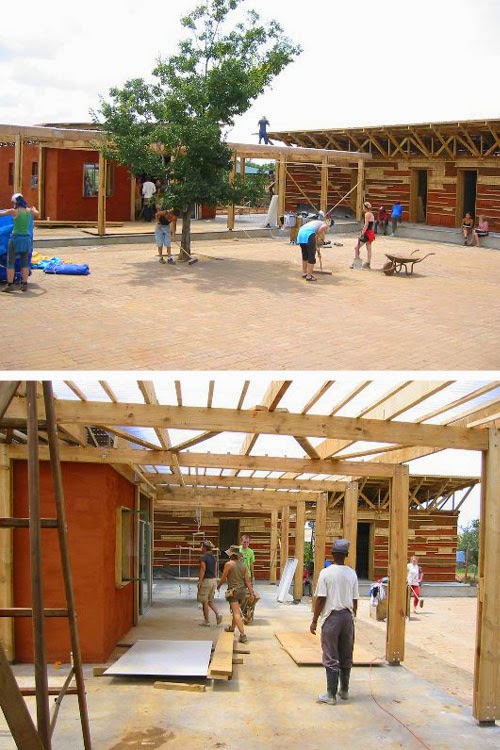 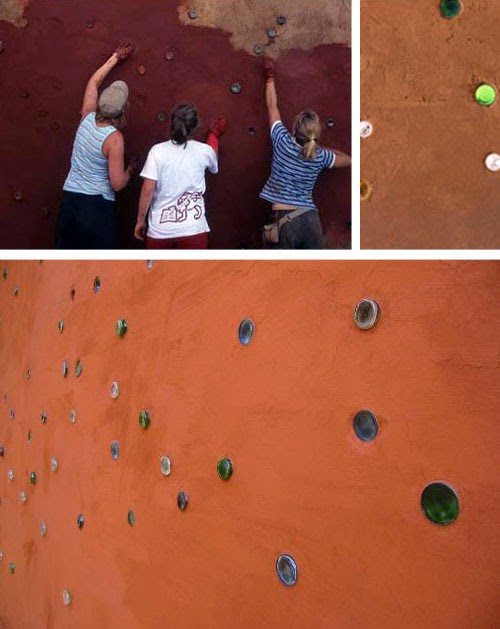 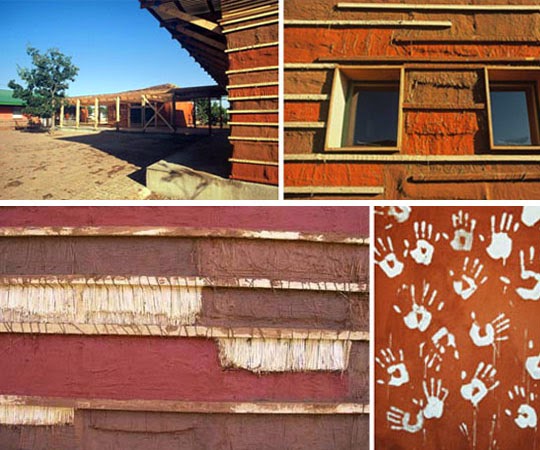 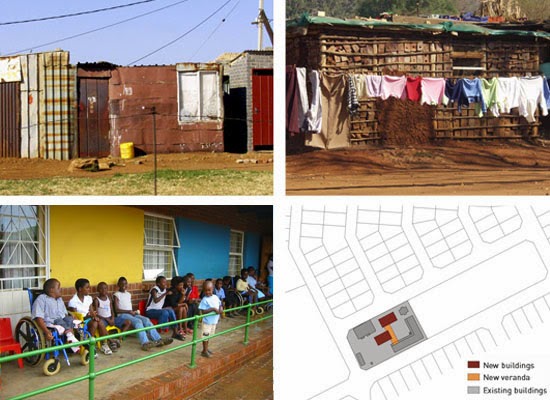