In the pages of Volume's Bootleg Edition for the Urban China: Informal Cities exhibition opening tomorrow at the New Museum (more on those two in a forthcoming post) are photos from photographer Todd Hido's foreclosed homes series (with accompanying text by Geoff Manaugh). Ever since seeing his photo gracing the cover of Oz Volume 25, I've been enamored with his moody imagery. 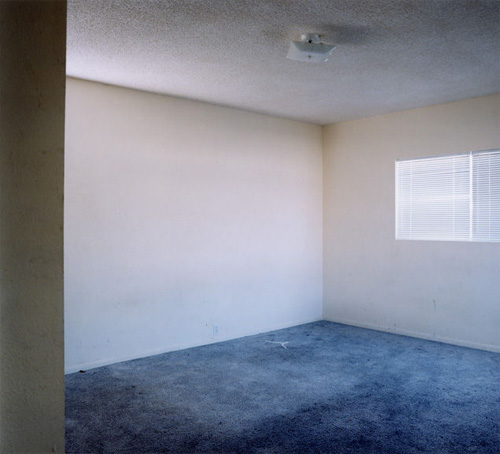 The foreclosed homes is a timely series that captures the insides of houses devoid of people and furniture, though the traces of habitation are evident. The blue carpeting above signals the presence of what I'm guessing was a bed located above the light blue rectangle against the wall at left. 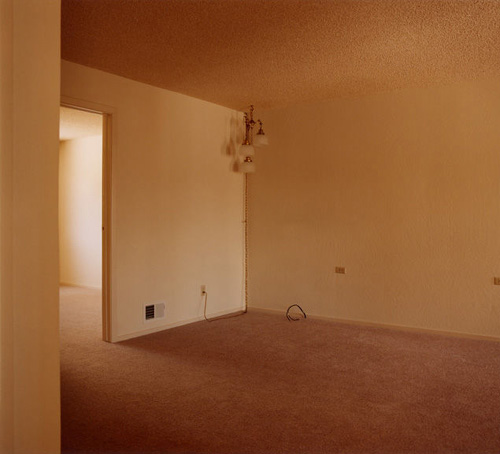 As well, the above photo lets us know where the family watched TV, indicated in this case by the cable infrastructure poking through the floor. 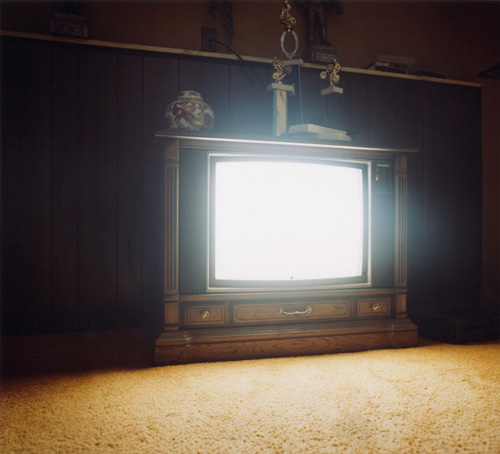 Looking at a photo from the occupied homes series, the differences between the two are subtle. Sure, there's a TV, its omnipresent glow and trophies and other objects on the credenza, but the apparent lifelessness aligns this house with its potential state of foreclosure.
Email Post