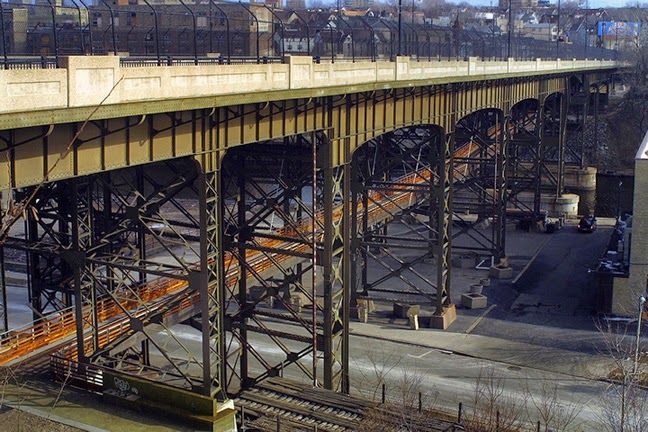 Driving over the Milwaukee River on the Holton Viaduct, one might not realize the something special that sits underneath the all-too-typical road surface. Suspended from and woven within the viaduct's structure is the Marsupial Pedestrian Bridge, connecting the Brady Street and Beer Line B neighborhoods to the east and west, respectively. Designed by Milwaukee's own La Dallman Architects, area improvements also include an Urban Plaza beneath the viaduct and the Brady Street Bus Shelter by the same architects.

As urban design the pedestrian bridge comes across as the most important of the three elements, as it connects neighborhoods to the west of the river with the downtown and the lakefront. People can walk or bike across the bridge, with those on foot catching a bus to continue their excursion to Summerfest, for example. In this sense, the bus shelter also plays an important urban role, belying its size. In addition to sheltering those waiting for a bus, it informs people about the Marsupial Bridge (evidenced by the photo at left), and acts as a sort of gateway to the pedestrian bridge and plaza. The tectonic skill of the shelter -- concrete, wood, steel, and glass -- illustrates how considerations of urban design extend to the smallest scale.

Where the bridge and shelter make connections, the Urban Plaza makes a space and place. It is a destination, an unexpected point in the movement from one side of the river to the other where one can catch a film or happen upon another planned or unplanned community event. Precast concrete benches fitted with acrylic lenses illuminate the underside of the dark bridge, adding an element of safety to the space at the eastern end of the pedestrian bridge. The benches sit in a field of crushed stone, altogether a minimal but effective intervention that highlights the opportunities available under bridges and roadways.

Marsupial Bridge itself is a structure of concrete and steel, the former folded for the bridge's slab and the latter found in slender cable connections from the slab to the viaduct structure above. Wood is used for planks underfoot and for guardrails, with a steel mesh covering the bottom portion of the guardrail on the outside face. The walking surface is generously illuminated at night for obvious safety reasons, giving the bridge the drama at night it is too humble during the day to exhibit. The bridge, plaza, and bus shelter can be seen as three distinct projects, but their interdependence elevates each considerably. They are carefully considered pieces of urban design that Milwaukee should be proud to have. 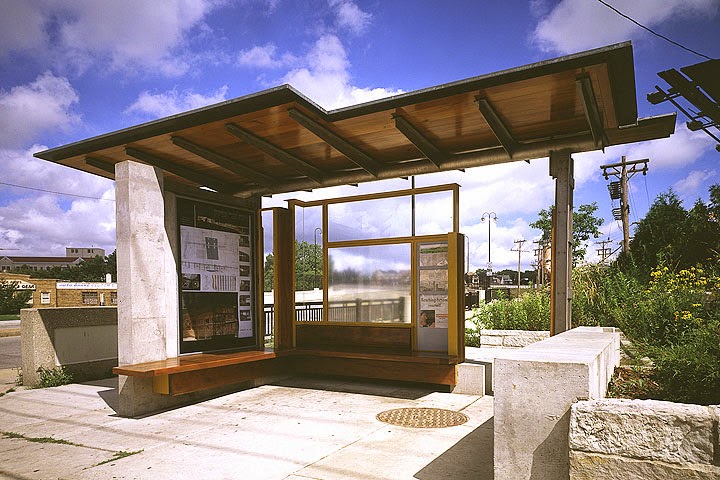 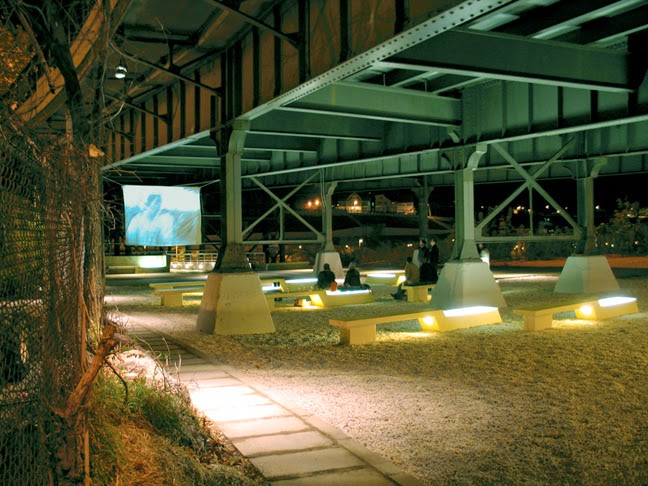 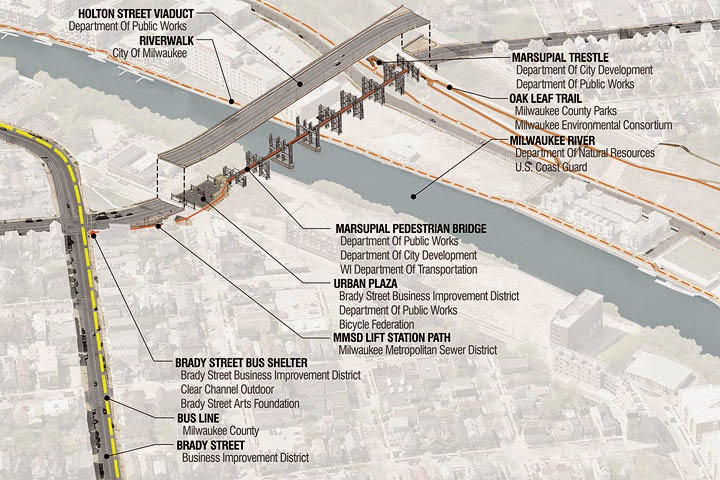 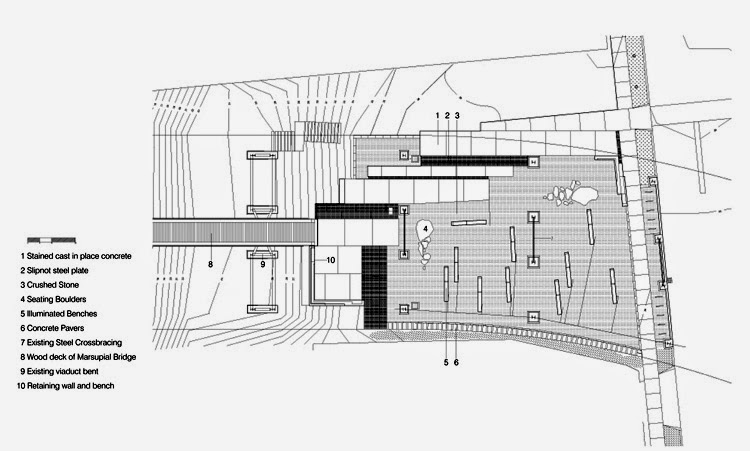 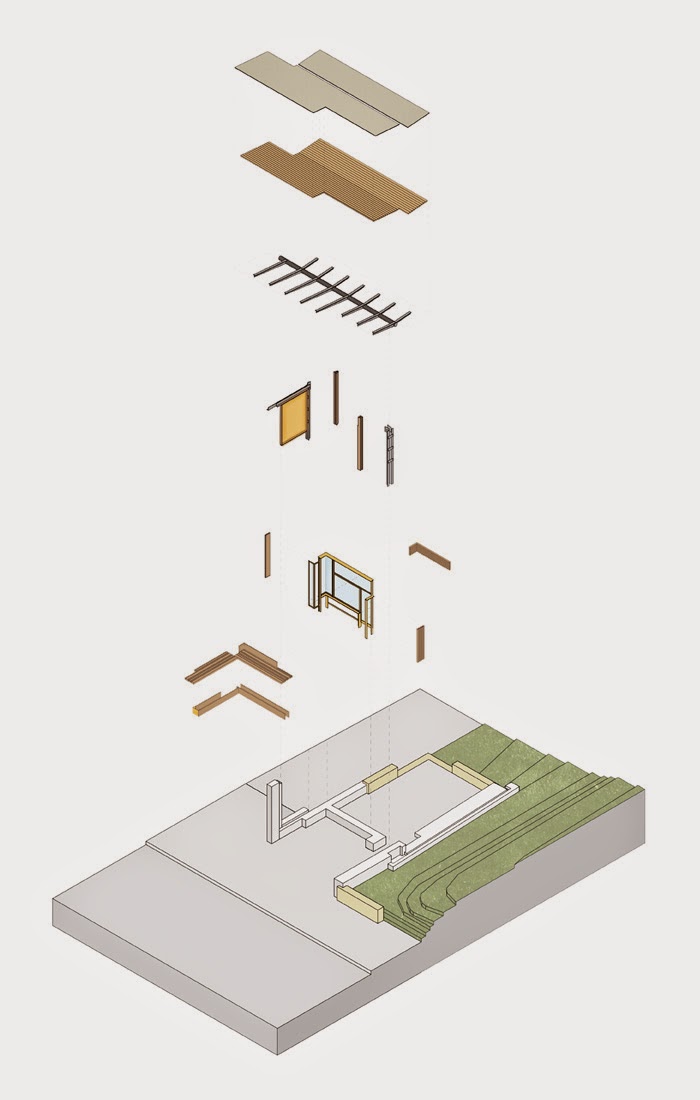