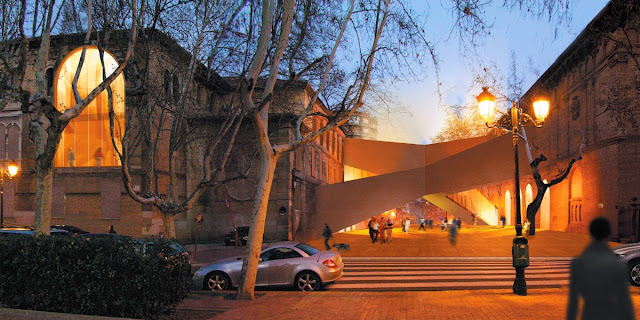 When reading about the Expo 2008 in Zaragoza, Spain, the long-term plans of the city stood out. Their attempts at improvements from the architectural to the urban scale -- encompassing buildings, landscapes and infrastructure -- are admirable in many ways, notably via sustainability and a strong sense of place. Hosting the Expo, typically a strain and drain on cities and countries, is seen as an opportunity for improvement to the capital of the Aragón region on many levels.

One building that is part of this long-term vision is Espacio Goya of the Fundación Goya en Aragón in the central Plaza de Sitios. The project will be home to Aragón's most famous painter, Francisco Goya. Designed by the Swiss duo Herzog & de Meuron, the museum transforms the Escuela de Artes (Art School) by Félix Navarro from 1908, linking it to Museo Provincial de Zaragoza (Zaragoza Provincial Museum). The site plan and model illustrate the linking of the two buildings, with the Art School to the north.

A quick glance at Herzog & de Meuron's project indicates a restrained, primarily interior design reminiscent of their respectful transformation of the Bankside Power Station in London into the Tate Modern. (The architects' recent predilection for formally expressive architecture will counteract this restraint if the Tate's New Development is realized.) The X-shaped link is the only overt architectural element, as the design scope is otherwise an opening and lining of four new double-height gallery spaces and other minimal interventions. In many cases the new is invisible or just barely perceptible.

Herzog & de Meuron's design suitably expresses a concern for sustainability and sense of place. The preservation and reuse of 100-year-old buildings does the most in terms of the first, while the design itself respects the two existing courtyard buildings and opens the structures where needed to make a functioning museum. The link also creates a gateway of sorts to and from Plaza de Sitios, like an archway activated by bodies moving across from one building to another. 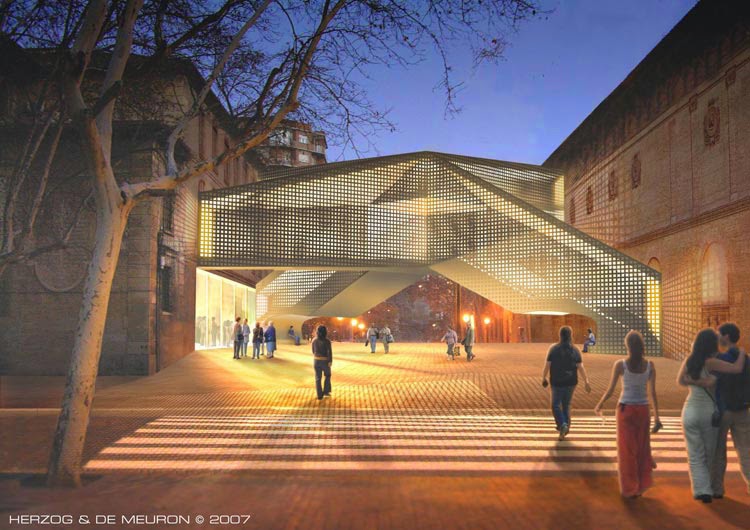 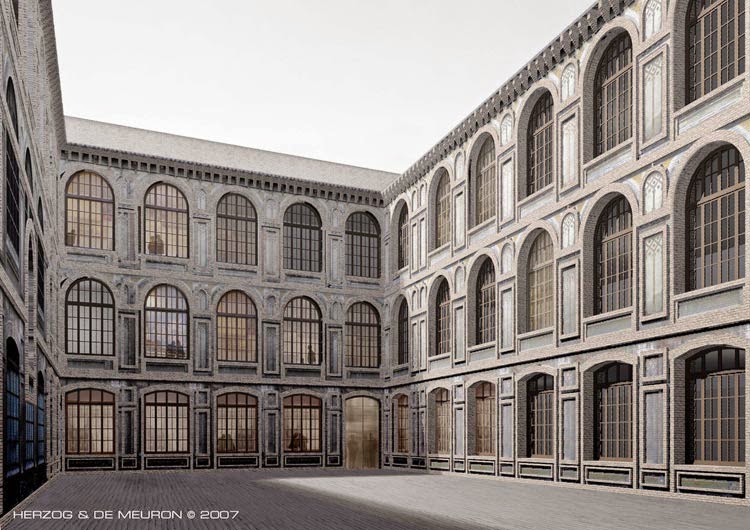 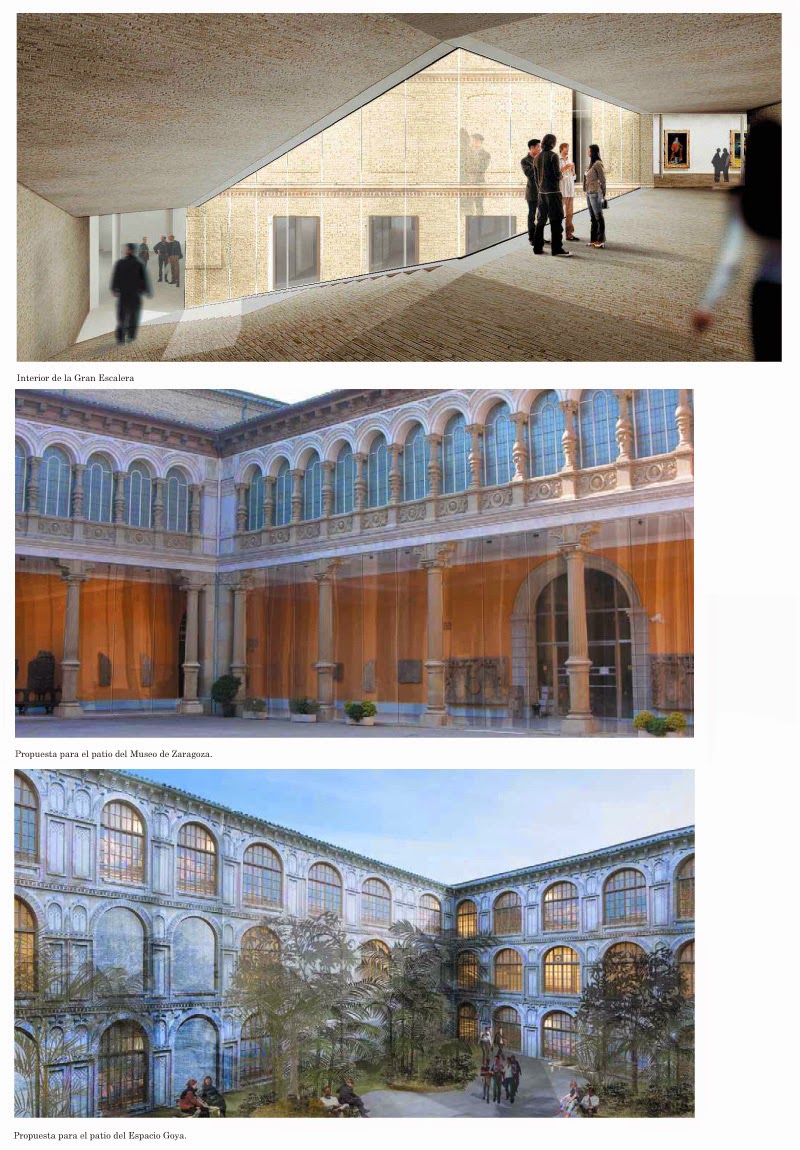 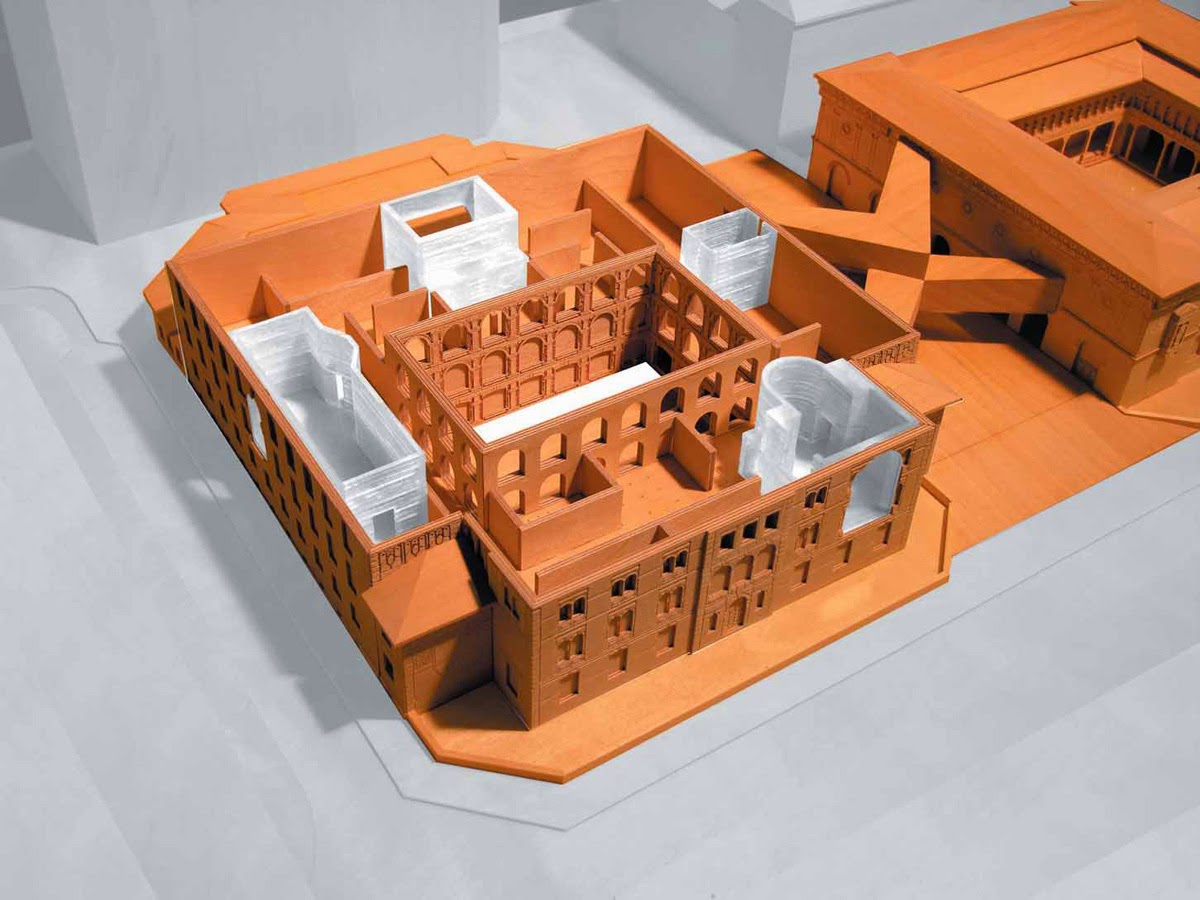 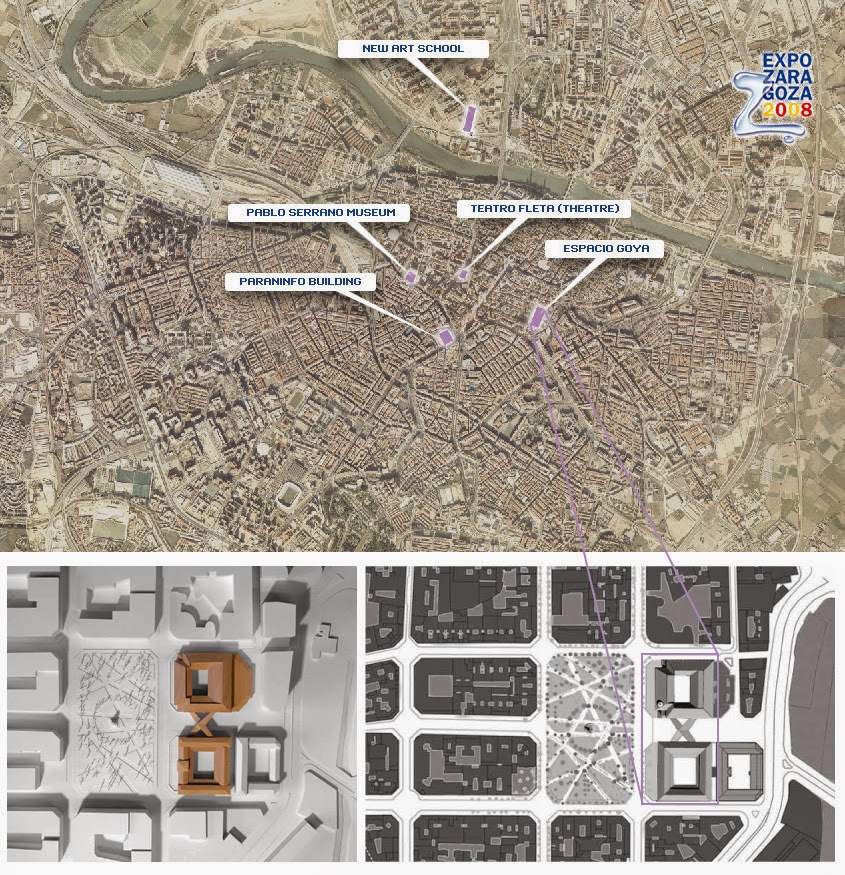 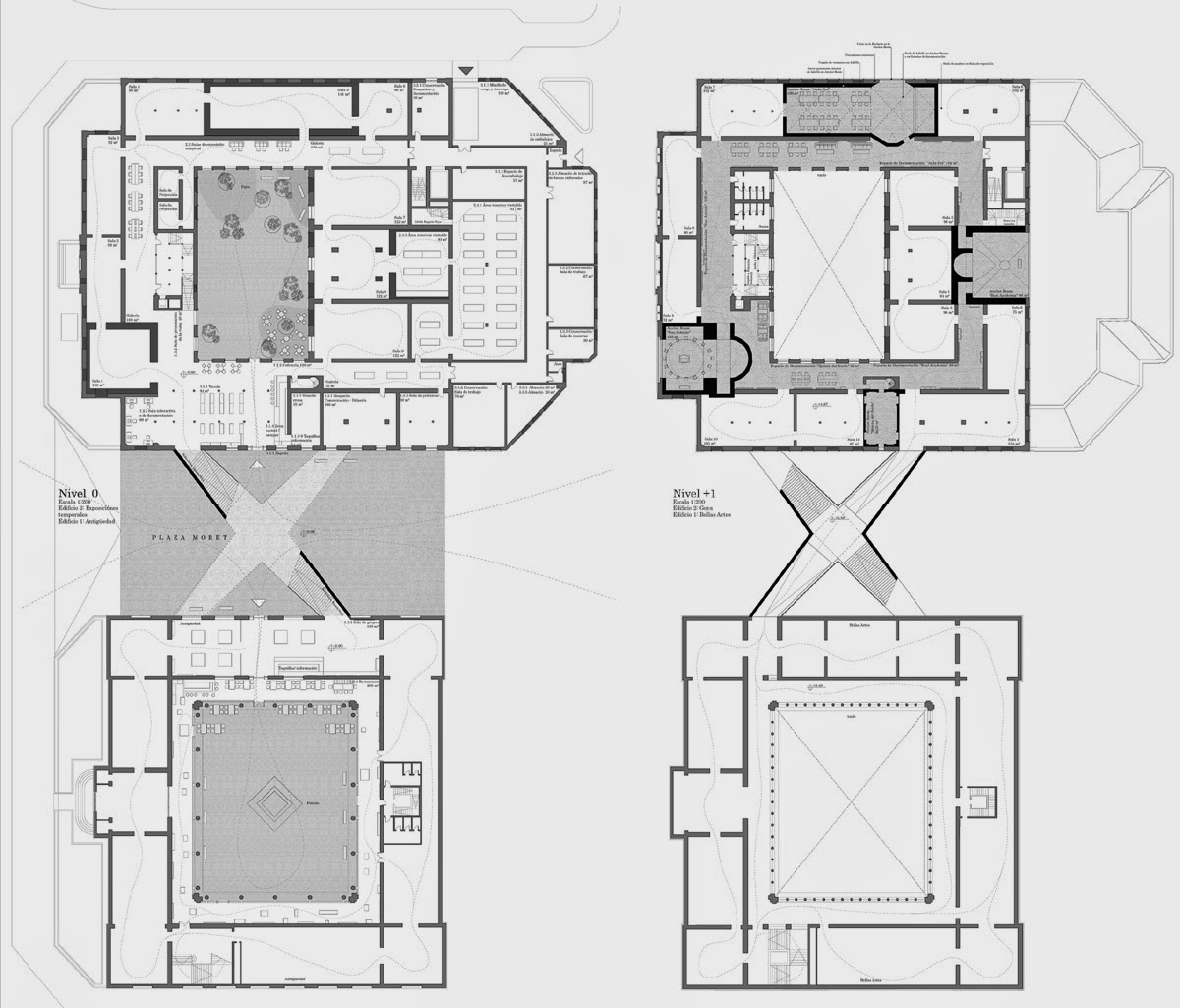