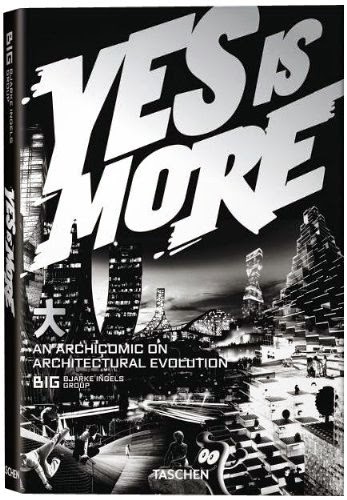 The monograph has become a fairly predictable format for architecture books, varying, it seems, only in terms of how much content is presented and what the page looks like. Collecting photographs of finished buildings, renderings of unbuilt or soon-to-be-built projects, conventional architectural drawings, descriptive text, essays by admirers, and sometimes more, the clear goal of monographs is product, not process. Certain exceptions to this unwritten rule exist, most notably OMA/Rem Koolhaas's influential S,M,L,XL and later Content, but the effort and potential risks associated with undertaking such preclude more in their ilk, meaning the tried-and-true prevails. Many monographs do attempt different ways of arranging the content and/or expanding it to include process as well as product, but for a full understanding of why a particular design looks the way it does one is left yearning for more. Perhaps architects do not want to reveal too much, or they've moved beyond the buildings collected into a monograph. Whatever the reason, this "archicomic on architectural evolution" stands apart from other monographs to provide abundant insight into the working process of Denmark's Bjarke Ingels Group (BIG).

Arising from an exhibition at the Danish Architecture Centre, the book calls itself "a popular cultural manifesto" instead of a monograph. It structures the 35 projects more or less like your run-of-the-mill monograph -- each project is presented distinctly -- yet in comic book format. Bjarke Ingels is the constant presence, literally, from one project to the next, his visage pops up in unexpected places to describe some tidbit via comic speech balloons. One traditional format (monograph) is traded for another (comic) and the results make each project read like a narrative. The words, images and diagrams combine with the usual photos, drawings, models and renderings to explain each design from inception to occupation, or however far the project was taken. One sees consistency in the various projects, but more than a formal consistency. One sees the questioning of status quo responses, not out of "being different" but in an effort to improve upon the shortcomings of traditional typologies. The Mountain Dwelling project in Copenhagen is a good example of BIG's strategy of using given conditions (site, program) to generate designs beyond expectations. In this case all residential units are south-facing with a large outdoor space, suburbia transplanted to the city yet retaining the latter's density.

So is the "archicomic" something that will catch on with other architects? Surely there will be others like this, but one must acknowledge that it is the combination of words and images here that makes it work. It's not just a matter of adopting the comic format and the deal is done; the choice of words and images is important. BIG's evolutionary diagrams work extremely well with the comic format, in many cases telling enough of one portion of the story on their own. As well, the words floating in the speech bubbles and other boxes are more lighthearted than most writing on architecture, but nevertheless informative and intelligent. If other architects want to learn something from this book, they should be inspired by how BIG found something appropriate to the firm and their output. As Bjarke Ingels explains early in the book, they tried to convey the energy and life of the office and its projects, to make it personal and to tell the stories behind the designs. They succeeded and the reader is better off for it.

Update 08.03: Taschen will be distributing the book in the American market. It will be available in mid-November, 2009. According to somebody at Taschen the book can be pre-ordered via their web site or by calling 1-888-TASCHEN, though I don't see it listed on the former.

Update 11.11: The book is now available at Amazon.com and Amazon.co.uk via the links above.
Email Post
Labels: book-review taschen