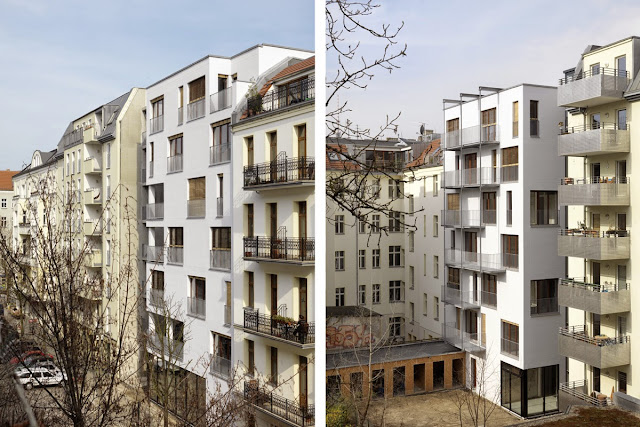 Photographs are by Bernd Borchardt.

As the title to this week's book review, New Forms of Collective Housing in Europe, attests, designs of multi-family housing projects are in need of new ideas and new energy in response to a climate in many European countries where single-family housing outside cities predominates. One of the 45 recent projects collected in that book is Kaden + Klingbeil's e_3, a seven-story building in Berlin's Prenzlauerberg quarter. While appealing at first glance, the project's qualities extend to its planning and development.

In the same book, an essay by Ilka and Andreas Ruby describes the phenomenon of Building Groups in Germany. These entities target empty lots in the typical city block structure, targeting middle- and creative-class families for the dwellings. Instead of involving a developer, Building Groups use architects to drive the process from beginning to end, with other parties involved so the law is followed. Ultimately a designing arises that costs less than a developer-driven project and that is catered to the specific owners of the different units. This is leading to a higher than normal ownership rate in a country lagging behind others in Europe.

The e_3 project sits at the western end of an otherwise complete block. Seven full-floor units are pushed against one side of the lot, with the vertical circulation tight against the opposite lot line; walkways connect the two areas. This simple, yet atypical plan assures that each unit has three sides. Three of the units use one of the additional corners for terraces adjacent to the walkways, adding an element of communal interaction and extending the uniqueness of the project from development to daily life. Each unit is given a rear balcony.

The interiors of the concrete-frame buildings are open and light-filled, the former aided by sliding wall panels and the latter attributed to the expansive glazing on the three sides. Materials are predominately wood, concrete, and painted gypsum board. The selection of materials, wall and window construction, and mechanical systems were all geared towards reducing energy consumption during construction and after occupancy.

Eye-catching in its apparent simplicity, the building is an excellent precedent for the many other Building Group lots in Berlin. 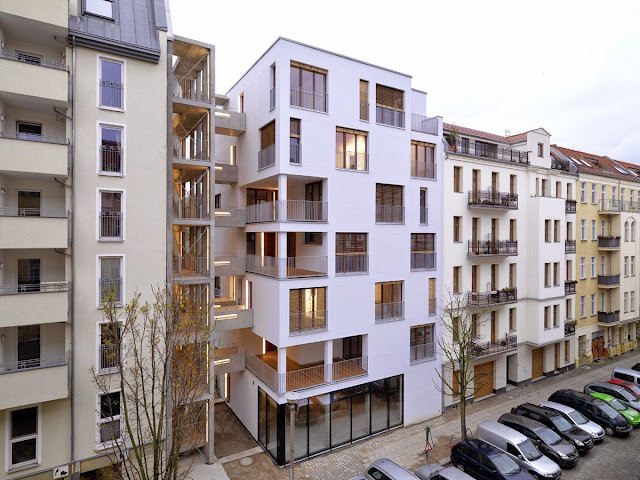 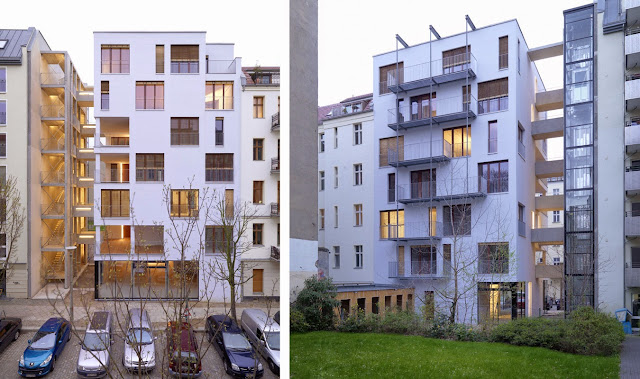 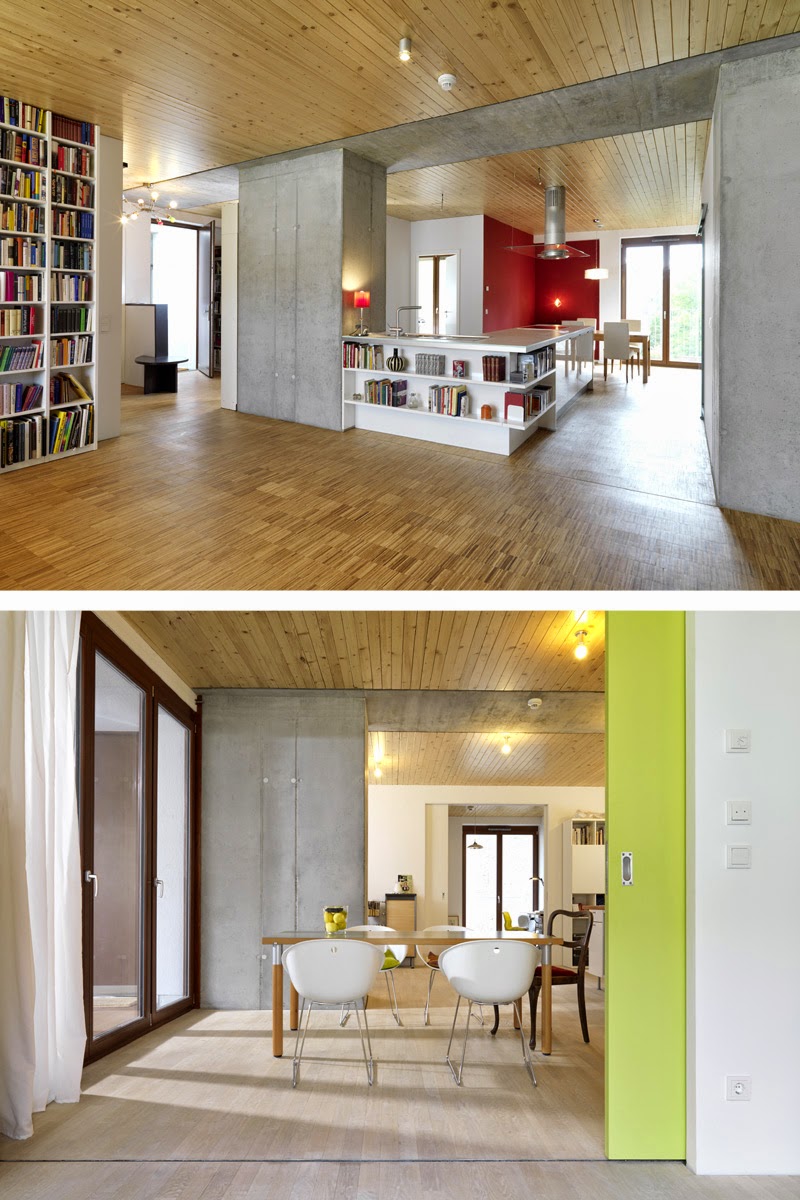 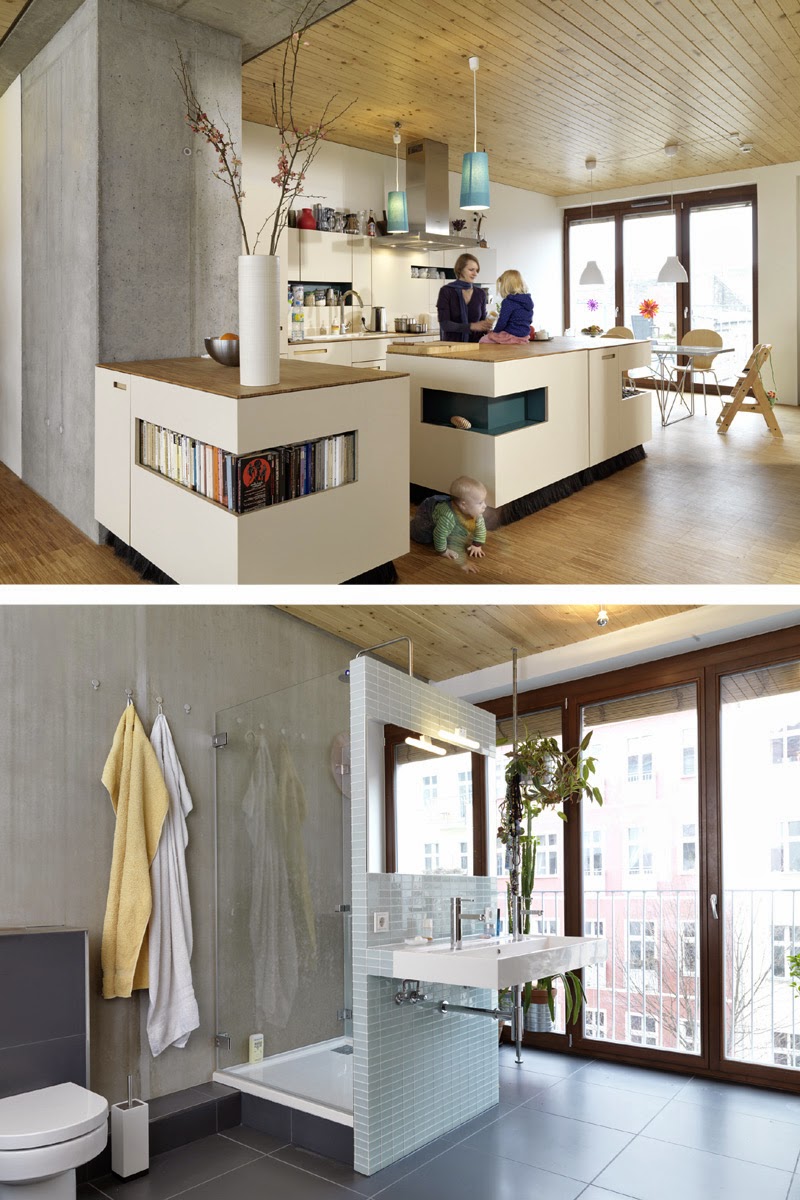 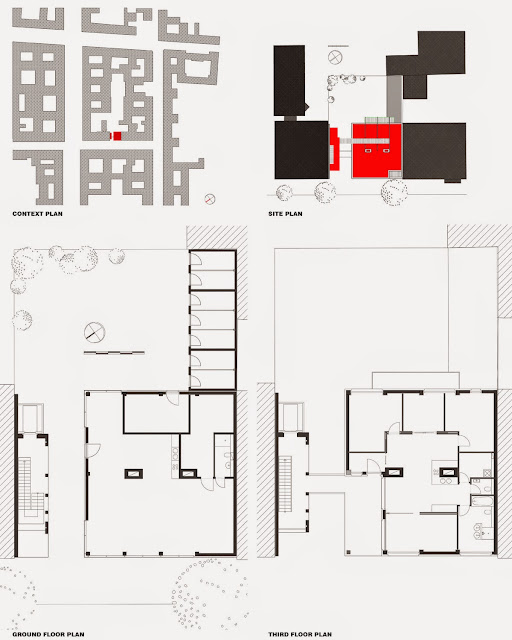