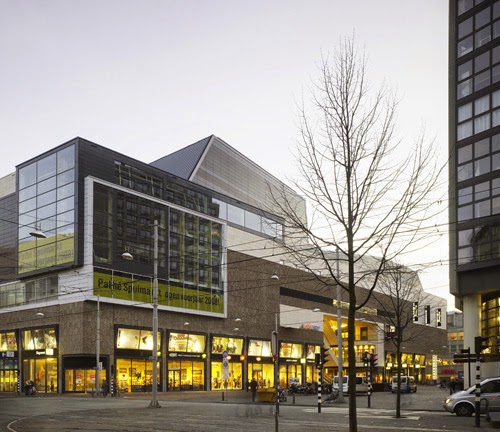 Located on a prominent site in the center of The Hague in The Netherlands, the Spuimarkt combines cinemas, a supermarket and other retail into a large block whose openings, massing, and materiality belies its size. Designed by Münster, Germany-based BOLLES+WILSON with local architect Bureau Bouwkunde for ING Vastgoed, the shopping center elevates itself above similar projects in other cities by carefully addressing the urban context.

The architects describe the Spuimarkt as a "permeable block," acknowledging the transient movement of visitors within the building's various spaces, what they further call the "tides and eddies of shoppers." They turn this flow of people into a spectacle via a Piranesian space of escalators at the main entrance on the north, on Grote Marktstraat. This space is carved from the building mass, brightly illuminated at night to attract tourists and residents alike into the cinemas on the upper floors. It's refreshing to see that selective glazing provides a connection to the city for those inside Spuimarkt, unlike many malls that opt for hermetically sealed environments.

By locating the cinemas on the upper floors -- a decision that makes sense structurally, due to the longer spans of these spaces -- the architects create a stepped profile that rises in the center of the block. The architects further describe this roof silhouette "like a topographic landform...that gives measure and scale to the [city's] skyline." The overall effect is one where no view or side of the building resembles another, as if the whole building cannot be taken in at a single glance because its layered massing changes as one moves about the surrounding streets.

The massing effectively reduces the overall scale of the shopping center, helping it recede into its urban context, a condition aided by the materials used on the exteriors. Brick is the primary material, rendered in alternating horizontal and vertical stacking, a subtle checkerboard pattern (image at left) with the added complexity of a faint banding. Stone provides a fitting contrast to the brick at the building's base. Generous glazing and colorful banding wrapping the theaters combine with the masonry to create a well-composed project that is more than just the sum of its parts. 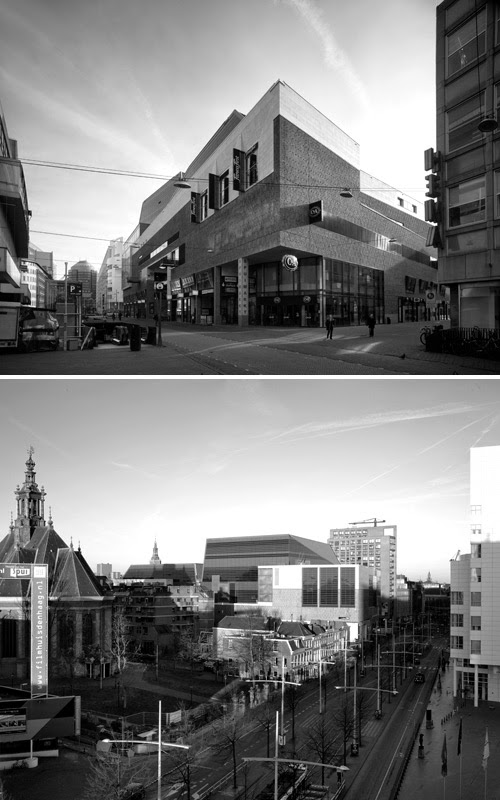 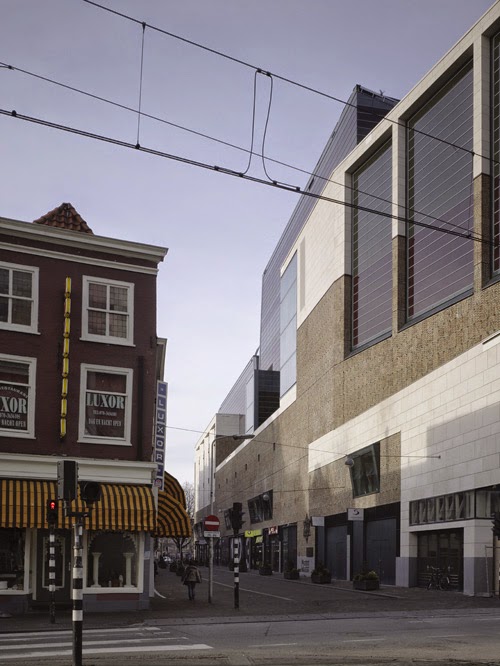 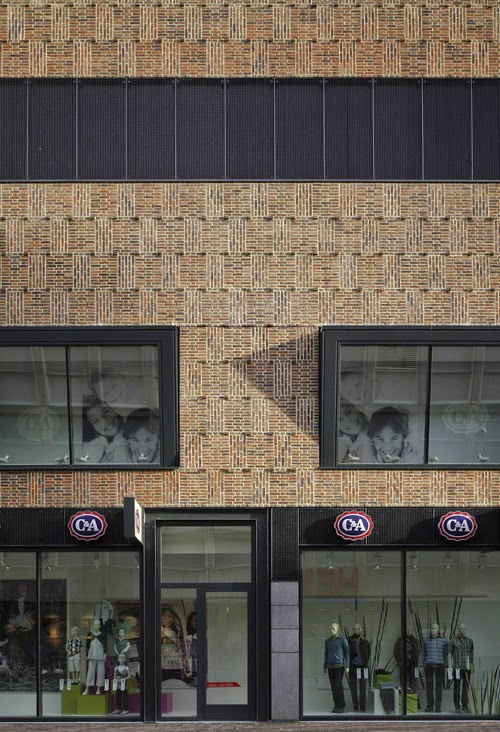 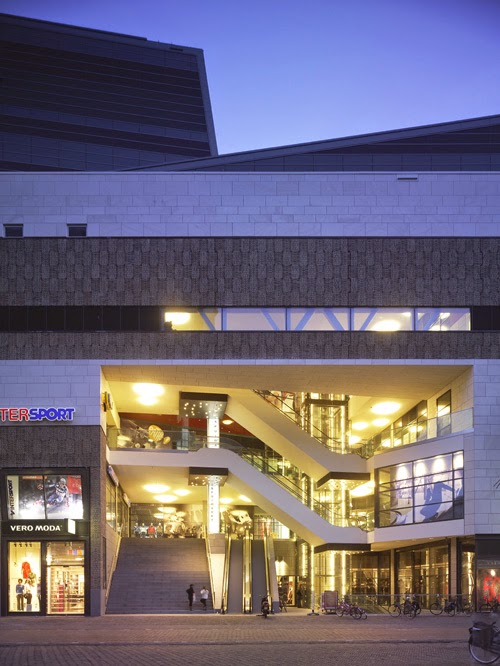 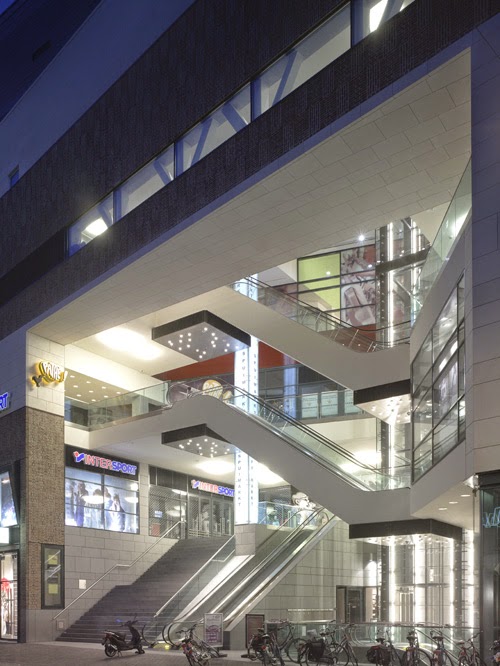 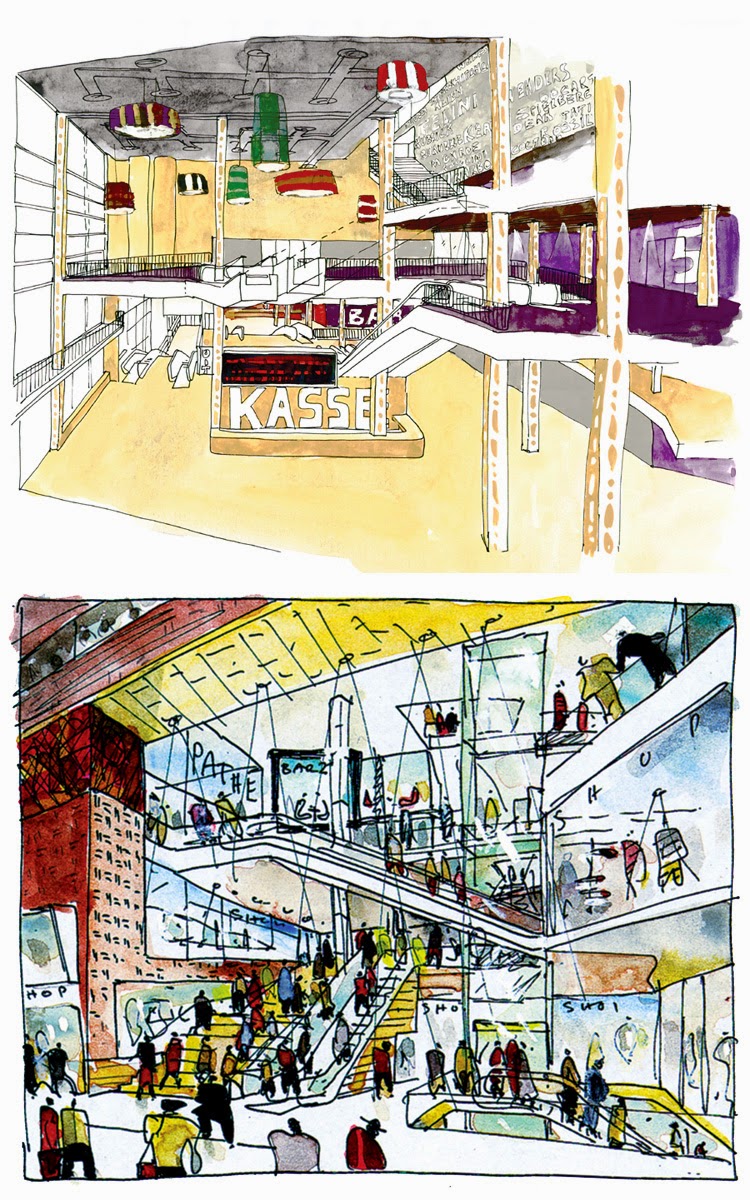 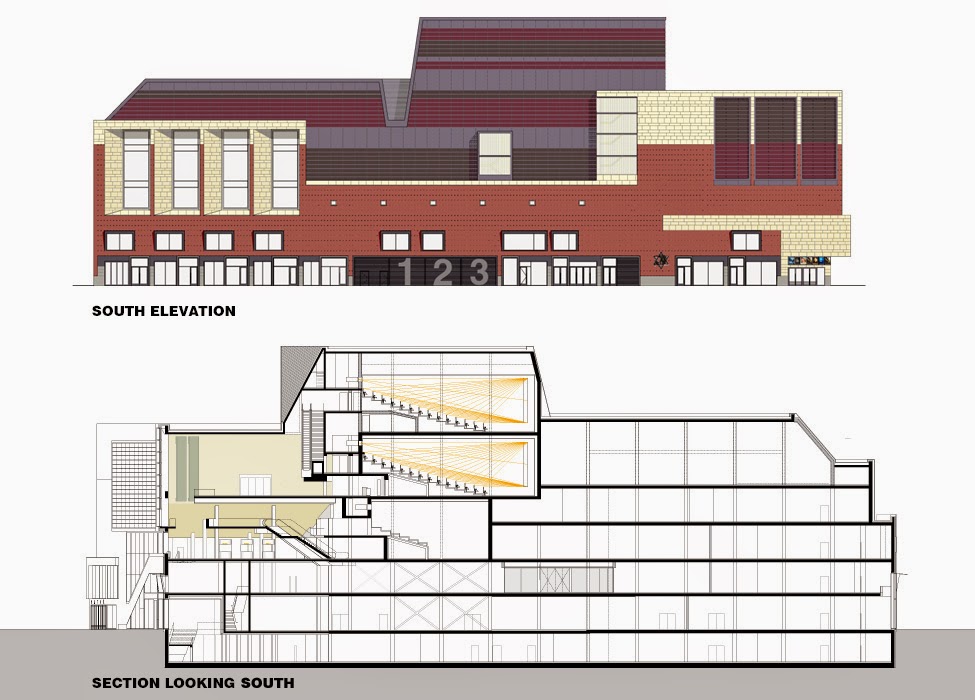